Atlantic Got Your Tongue
Safia Elhillo’s poetry comes to us exactly when we need it, in the era of the travel ban and the border wall. The richness of feeling and formal inventiveness of her work open up an alternative ... 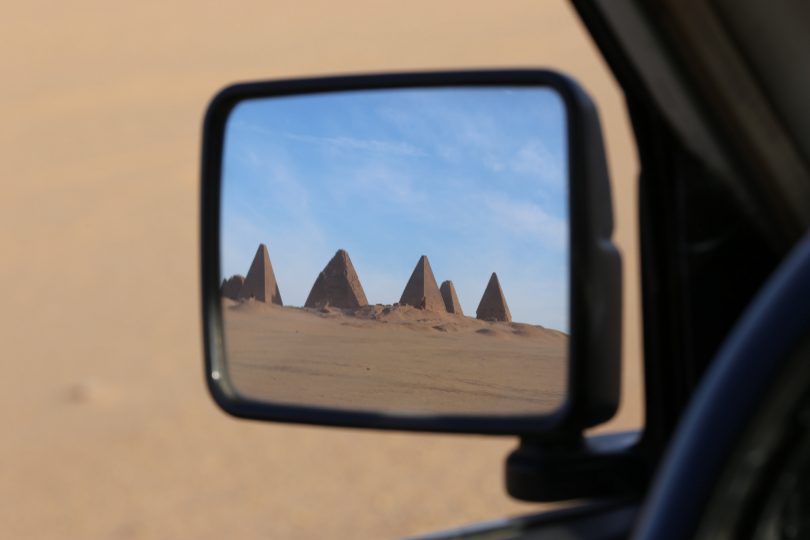 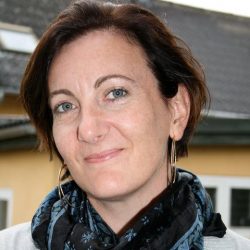 Safia Elhillo’s poetry comes to us exactly when we need it, in the era of the travel ban and the border wall. The richness of feeling and formal inventiveness of her work open up an alternative universe from the tweet-shouting of anti-immigrant rhetoric today. Her first collection, The January Children, offers a lyrical vision of the complexities of belonging for a young Sudanese American woman who refuses to forsake either Sudan or America, to write only in Arabic or English, or to accept the division between “African” and “Arab.”1 She explores what Kenyan writer Shailja Patel calls “migritude,”2 the experience of belonging to many places at once, yet feeling homeless—or as Elhillo puts it, being “daughters full of all the wrong language.” Elhillo’s migrant attitude is less rage than melancholy and languor. As she puts it in one poem:

I do not always survive

across boundaries    I pull

sweet blue smoke from a coiled

Her poetry recognizes irreparable loss and yet is intent on making something beautiful out of that loss, pulling “sweet blue smoke” out of the air.

Elhillo belongs to several literary republics. Her work can be read alongside Somali American women poets Ladan Osman3 and the better-known Warsan Shire,4 but in interviews, she also puts her work in conversation with poets from Iran, Syria, and Egypt, and with African American writers.5 Elhillo was born in the United States and had an itinerant childhood: the poems mention Geneva, Nairobi, Egypt, Sudan, and Maryland. America is a ghostly presence. Occasionally the reader glimpses subway platforms or the jazz museum in Harlem, and America is felt too in the tests—the callback interview, multiple-choice exams, the second date—that appear in the titles of the poems.

In contrast to the fixity of the bureaucratic form, Elhillo plays with the imagery of water and smoke, emphasizing memory and longing. Her sentences float within and across the lines of the poems, the logic determined by proximity rather than punctuation. For instance, in “abdelhalim hafez asks for references”, she writes:

There’s a saying      about women who cannot

remember their homes     how they love to

The poems are marked by nostalgia for other times and places, many of which do not “belong” to Elhillo: the longing the poems express is for belonging itself. As in the lines above, where her “mourning” is characterized as theft, she is aware of how her particular sadness relies on privilege: “you get to be homesick from safe inside your blue American passport.” In “the last time marvin gaye was heard in the sudan,” she imagines her father’s first glimpse of her mother in 1980s Sudan, singing “in a lilting english” at a party that was broken up by the police before he could speak to her. Another poem evokes her mother in New York, after her parents have split up, listening to Motown to remember her Sudanese youth.

Elhillo’s parents love Motown, but the muse of the collection is Abdel Halim Hafez, the Egyptian singer and film star. Hafez, who died in 1977 from an illness he contracted in the Nile as a child, was associated with the nationalism of the Nasser era; protesters in Egypt also sang his songs during the Arab Spring.6 Many of the poems in The January Children are addressed to Hafez: speaking in the voice of a “brown girl” or “asmarani” mentioned in his songs, Elhillo imagines herself as his ardent fan and would-be lover. This impossible love for the singer who died before she was born evokes her desire to feel part of a country that was never officially hers: “my country/[did I make him up]     is the man I meet in the songs.” But because Hafez is Egyptian, not Sudanese, Elhillo displaces America as the presumed site of immigrant longing, and brings a less familiar set of transnational relations into view.

Crossing the ocean—geographically, culturally, linguistically—produces knowledge that neither Arabic nor English can fully convey.

The contested border between Egypt and Sudan, between “Arab” and “African,” is racialized. Drawing out the ambiguity of the word “asmarani,” which cannot translate easily into the word “black,” the poems work through a Sudanese girl’s longing for the glamour of an Egyptian culture that sees her as too dark-skinned to be beautiful: “on arab idol/I watch every week as the brownest/are first to leave      including my favorite/a dark-lipped Nubian     from the egyptian side/who (…) sings/halim songs      in halim’s voice.” Elhillo critiques Egyptian racism, but also refuses, like the “Nubian” Arab Idol contestant who lays claim to Hafez’s songs, to relinquish her right to make a home in Arab culture:

when halim sings    /asmar ya asmarani/

The collection’s relationship to Arabic is also marked by longing. The speaker laments the words she forgets in both Arabic and English, the fact that she has “an accent in every language.” As an iconic line has it, “Atlantic got your tongue.” The poems include untranslated words in Arabic, creating poems within the poems for readers of Arabic. There are also several erasure poems, in which Elhillo expunges words from interviews with Sudanese diasporans or texts about Sudan in order to produce fragments reminiscent of Sappho’s poems.

One of Elhillo’s first poems in the collection, “vocabulary,” reflects on how the word for love in Arabic sounds similar to the word for wind, although they look different on the page—perhaps drawing on her practice as a performance poet. She quotes lines from famous songs that use this word, and remarks how different they are depending on whether one hears “love” or “wind.” So, for example, “you left me holding wind in my hands” can also be heard as “you left me holding love in my hands.” The poem suggests the first version leaves the singer “empty” while the second leaves him “full”—very different meanings. But the potential mistranslation makes the song’s line more resonant: perhaps love runs through one’s fingers like wind. Although her emphasis is on the losses of translation and bilingualism, Elhillo’s deft play across Arabic and English produces an excess rather a deficit of meaning.

Elhillo also gestures towards a language of her own as she moves between English and Arabic. She writes:

the word at the edge of my tongue

Crossing the ocean—geographically, culturally, linguistically—produces knowledge that neither Arabic nor English can fully convey, but that are “at the edge of my tongue,” like the slant rhyme between “ocean” and “wound.” Through this new Atlantic tongue, the speaker begins to identify with a global blackness.

By “saying their names,” Elhillo invokes the Black Lives Matter movement and the afterlife of the Atlantic slave trade.

The January Children brings to mind Christina Sharpe’s understanding of black life as inescapably “in the wake” of slavery.7 Slavery, for Sharpe, is the “interminable event,” through which black bodies continue to be subject to violence, their citizenship fragile. This recognition necessitates what she calls “wake work”: “If we are lucky, the knowledge of this positioning avails us particular ways of re/seeing, re/inhabiting, and re/imagining the world.”

In “self-portrait with yellow dress,” a triumphant anti-elegy, Elhillo’s speaker strikes a note of assertive belonging, saying “today this is my country.” If this poem is about claiming America—at least for “today”—it is through a kinship with other black people, who are marked for death but refuse it: “we are born to a body dressed in black/& do not wear it to a funeral    we live forever/our mouths fall open & a song falls out.” The poem continues:

today this is my country       I say their names

& blackboys       are lit up by hundreds of faraway stars

By “saying their names,” Elhillo invokes the Black Lives Matter movement and the afterlife of the Atlantic slave trade. But the Nile and its tragic histories are significant in her writing too; in “self-portrait with lake nasser,” she reflects on the “Nubian” culture, land, and language lost beneath that contested, manmade body of water on the border between Egypt and Sudan.

Meanwhile, the children from Syria, Afghanistan, Yemen and Iraq lost in today’s Mediterranean are summoned by the opening of her poem “alternate ending”: “the dead boy is poured back into his body/I try to leave home but the ocean bares its teeth.” The January Children remaps and “re/imagines” black identity in America by putting contemporary African experience at its center, and by speaking with an Arabic accent. 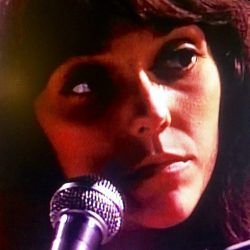 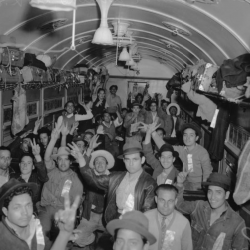 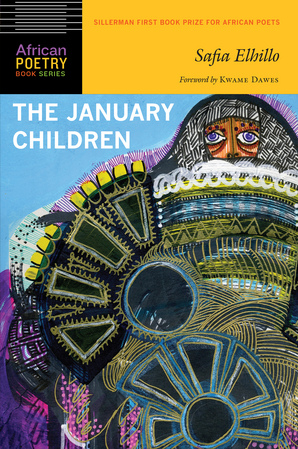