B-Sides: Charles Portis’s “Gringos”
Faithful readers of Charles Portis tend to be rabidly in love with his writing, but a little mystified by its potency. Like a retired Crown Vic Interceptor acquired ... 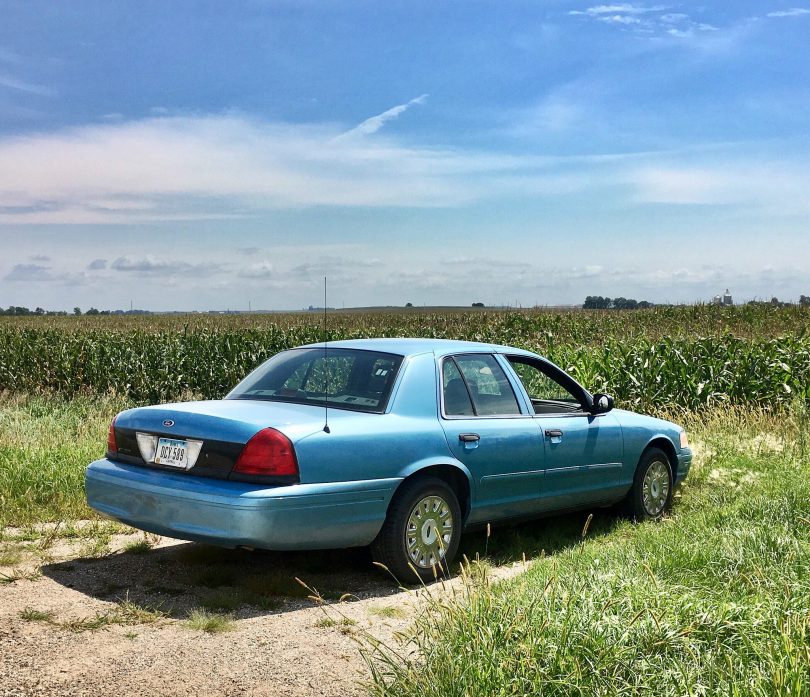 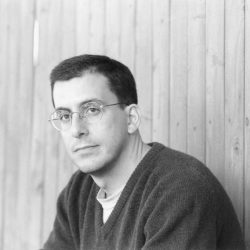 Faithful readers of Charles Portis tend to be rabidly in love with his writing, but a little mystified by its potency. Like a retired Crown Vic Interceptor acquired at a police auction, its souped-up engine and superhero frame masked by quotidian dings and a relaxed feel in the joints, Portis’s straightforward-looking, conversational prose is deceptively powerful and well-engineered. An Arkansan who served in the Marines during the Korean War and worked as a newspaperman in New York and London before returning home to write novels, Portis is perhaps best known for the film adaptations of his only best seller, True Grit, and for declining to participate in promoting himself or his writing. Over the years, though, a coterie of hardcore admirers has singled him out as a craftsman of great virtuosity and originality.

Hoping to figure out at long last how his prose can carry, with no apparent effort, such a charge of complex feeling—at once funny and sad, mock-epic and genuinely stirring—I find myself rereading his five novels in a perpetual cycle: Norwood (1966), True Grit (1968; John Wayne starred in a film adaptation in 1969, and the Coen brothers’ version came out in 2010), The Dog of the South (1979), Masters of Atlantis (1985), and Gringos (1991), his secret masterpiece.

Gringos is a deceptively taut and moving novel about an American in Mexico, Jimmy Burns, who used to traffic in looted pre-Columbian artifacts. It begins:

Christmas again in Yucatán. Another year gone by and I was still scratching around this limestone peninsula. I woke at eight, late for me, wondering where I might find something to eat. Once again there had been no scramble among the hostesses of Mérida to see who could get me for Christmas dinner. Would the Astro Café be open? The Cocina Económica? The Express? I couldn’t remember from one holiday to the next about these things. A wasp, I saw, was building a nest under my window sill. It was a gray blossom on a stem. Go off for a few days and nature starts creeping back into your little clearing.

Though I have read that opening paragraph dozens of times, the way the former tomb raider’s unhurried musing on local dining options leads to a bolt of insight into the entropic temporariness of civilization still gets me every time. Revelation turns out to have been sneaking up on both narrator and reader from the start, its dire grandiosity interwoven with easygoing self-deprecation, a trademark Portis effect.

Evangelizing readers of Portis tend to come up with elevator-pitch analogies on the order of He’s like Mark Twain meets Cormac McCarthy! I will grant that if McCarthy had a sense of humor and Twain had lived long enough to write about sticky clutches and post-hippie drifters, together they might have come up with Jimmy’s comment on blasting an antagonist in the face at close range with two shotgun barrels of No. 2 goose shot: “I wasn’t used to seeing my will so little resisted, having been in sales for so long.” But such comparisons can do only partial justice to Portis.

Revelation turns out to have been sneaking up on both narrator and reader from the start.

Casting about for ways to account for the effect of his words on the page, I asked some eminent and accomplished Portisians to explain what they found so compelling about his writing. Roy Blount Jr., a master of humor that relies on voice rather than punch lines, once wrote, “The only adequate response to a Charles Portis novel is to jump in the air, do a flip, and wind up on your feet, like Cheetah the chimp in the Tarzan movies when intensely pleased.”1 Blount’s email exchange with me centered on the narrow but crucial angle of distinction between Portis’s characters and narrating voice. “Not only do the characters take themselves seriously, but so does the author take them,” he wrote. “So how can they be so funny? There must be some other consciousness behind the author. Maybe the reader is looking over the author’s shoulder as he looks … No, that can’t be it. Worth considering: Portis told me how much he loved Borges.”

Ian Frazier—a veteran contributor to the New Yorker and the author of a dozen acclaimed books, ranging from Coyote vs. Acme to Travels in Siberia—pointed to Portis’s mastery of bathos, particularly his characters’ ability to sustain high-minded intent amid humiliating conditions, as well as his expert deployment of naive narrators whose lack of a sense of humor is itself hilarious. But Frazier located the wellspring of Portis’s power not in technique but in theme. “What looks like style in Portis’s writing is actually substance of the most profound kind,” he wrote to me. “Portis is different because he is coming from deeper in the American experience, and from a time America has forgotten about. The country used to be about the Protestant faith working itself out in a new country.” Noting that “the plots of Portis’s books tend to be about the progress of various pilgrims,” he cited an exchange in True Grit between 14-year-old Mattie Ross and the horse trader Colonel Stonehill, who describes the obstacles Mattie faces in her planned pursuit of her father’s murderer into Indian territory. Mattie replies, “The good Christian does not shrink from difficulties.”

Taken together, Blount’s and Frazier’s comments make sense of one of Portis’s signature traits. Instead of cataloguing their sorrows or plumbing the mysteries of their faith, his characters tend to dwell upon the details of car repair or the excessive prices of needful items, indulging an eagerness to explain how things work as a way of masking their reluctance to discuss the most deeply felt aspects of their own inner lives.

Here’s Jimmy Burns, late in Gringos, swearing off once and for all his career as a looter of antiquities, during an encounter with a former business associate: “I said I probably wouldn’t be venturing out much anymore, into the selva. He opened the car door, and a pomegranate rolled out. Neither of us made a move to pick it up. A sour and messy fruit. Somebody gives you one and you haul it around until it turns black or rolls away out of your life.” Five sentences so simple that they muster only two commas among them, and half the passage is a digression on the mechanics of the pomegranate, and yet somehow it manages to convey a final renunciation and possible rebirth. Or take the sentence that opens the second chapter. In 22 words, Jimmy manages to sum himself up as a capable guy who has never managed to amount to much and lacks a sustaining sense of purpose: “You put things off and then one morning you wake up and say—today I will change the oil in my truck.”

Portis’s books are full of sects, secret societies, enthusiasts animated by a self-regarding rage for the obscure.

In other words, as Blount and the novelist Ed Park have pointed out, passion for Portis can turn you into a Portis character. His books are full of sects, secret societies, enthusiasts animated by a self-regarding rage for the obscure. The wildly unreliable Dr. Reo Symes in The Dog of the South, who has a habit of picking his nose and scraping the leavings onto the pages of whatever he’s reading, believes that all other writing collapses into “foul grunting” when compared to With Wings as Eagles, a self-help book written by a salesman-drifter named John Selmer Dix. “Dix puts William Shakespeare in the shithouse,” Symes declares.

I just barely resist the temptation to say something similar about Portis. That police-auction Crown Vic may not look like much, but when you step on the gas you feel as if it could achieve escape velocity. 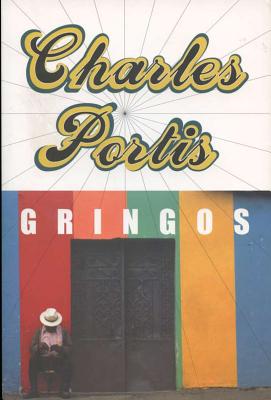