B-Sides: Mary McCarthy’s “Rogue’s Gallery”
About her wit there was never disagreement. It was sharp, and it was cold. Even by her own account, Mary McCarthy’s pen was a scalpel, her eye ... 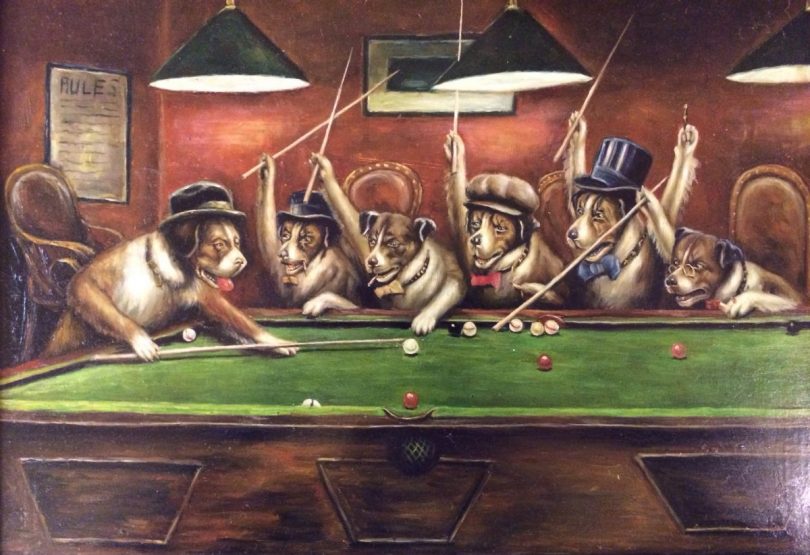 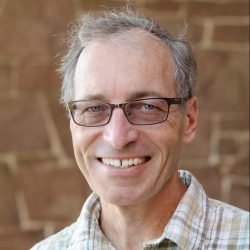 About her wit there was never disagreement. It was sharp, and it was cold. Even by her own account, Mary McCarthy’s pen was a scalpel, her eye a coolly dispassionate instrument for dissecting the charades of the bien-pensant and self-regarding. Stalinist intellectuals, bullying husbands and adulterous lovers, craven politicians and manipulative artists. Everywhere she looked McCarthy saw self-deception and moral cowardice, greeting it (so she told her friend Hannah Arendt) with “bitter exaltation.” In her best-known books—Memories of a Catholic Girlhood, The Group—and in her legendarily ruthless reviews and essays, McCarthy lanced the pretenses of the smug and lambasted the dishonesty of the powerful. Her admirers saw McCarthy as a wicked satirist. To her critics, she was simply heartless. No one ever called her a warm and fuzzy writer.

And yet, there is “Rogue’s Gallery.” Where did it come from, this odd tale plopped into the middle of her first book, The Company She Keeps? Even in that quirky, loosely arranged collection of stories McCarthy persisted in calling a novel, “Rogue’s Gallery” is an awkward party crasher. The tale has little to say about Meg Sargent, the brash protagonist McCarthy modeled on herself. Also missing are the perennial concerns that made McCarthy a feared combatant in the macho literary circles of mid-20th-century New York. “Rogue’s Gallery” has nothing to say about the moral evasion of left-wing literary intellectuals, the bad taste of middlebrow artists, or the self-regard of entitled men.

Instead, McCarthy’s story zeroes in on a lovable conman whose escapades Meg recalls in the form of a memoir at first uproariously funny and then surprisingly sad. A one-time bootlegger turned small-time art world hustler, Mr. Sheer runs a failing antiques business (Meg is a sometime employee) and dreams of someday entering a world of wealth and status. In the meantime, he struggles to survive on two unreliable sources of income. When he is not convincing rich clients to invest in miniature crystal portraits of their beloved dogs, Mr. Sheer is borrowing and then fraudulently selling other dealers’ merchandise: a Better Call Saul of the 1930s. Meg renders his whirling efforts to stay a half-step ahead of his creditors in a tone that can only be called loving. 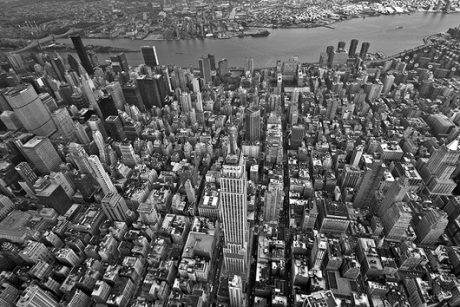 The “New York Values” of “City on Fire”

What accounts for that affection? Curiously, Meg appears to be drawn to her dishonest boss precisely because he proves indifferent to the values she holds most dear. Meg thinks of herself as brutally honest. Mr. Sheer prefers an artful lie to the plain facts. For Meg, art is an Olympian pursuit of truth. Mr. Sheer is certain beauty is a hustle and scholarship a sales pitch—the more rococo in its evasion of the facts, the better.

As she sweats out the summer months in Mr. Sheer’s down-at-the-heels office, reading Proust and worrying about her moral integrity, Meg marvels at discovering a man entirely deaf to her most treasured concerns. He “could hardly tell a Cellini from a Remington,” she observes. But Mr. Sheer worships “any kind of ingenuity: boxes with false bottoms, cuckoo clocks, oval miniatures of the school of Boucher that opened if you pressed a button and disclosed a pornographic scene.” The more desperate his circumstances, the more earnestly does he keep his faith in guile and trickery and the hope that they will someday land him the respectable life he has always craved.

The sheer unlikelihood of that hope gives “Rogue’s Gallery” its air of slapstick hilarity and, at first, appears to lend the story its pathos. Like many another tale of an endearing swindler, “Rogue’s Gallery” is in essence the story of a naïf in a cruel world. Or, rather, two naïfs. Bouncing stoically back from every defeat and humiliation, Mr. Sheer takes on a kind of Chaplinesque dignity, if only because he remains blithely unaware of the clumsiness of his dreams.

“From his Western boyhood,” McCarthy reports in appropriately deadpan style, Mr. Sheer “had loved dogs and culture.” Meg Sargent, his chronicler and would-be protector, serves as his straight man. She struggles earnestly to keep him from harm’s way and to lure him toward the paths of the law-abiding. But her efforts inevitably crumble before the chaos his schemes unleash. “We would take the cage into the inner office,” Meg recalls of the canine models who bring Mr. Sheer his sole legitimate revenue, “open it, and the animal would shoot out and bite me on the leg.”

Like all McCarthy’s best writing, “Rogue’s Gallery” draws heavily from personal experience. In the summer of 1932, when she was between her junior and senior years at Vassar and pursuing a courtship with Harold Johnsrud, the actor who a year later would become her first husband, McCarthy found a temporary job working as a secretary for Manny Rousuck, a midtown gallerist who specialized in “sporting” art of hounds and hunting scenes. It wasn’t long before McCarthy discovered Rousuck’s business was pure facade. He had no goods, few clients, and little prospect of paying McCarthy’s wages or avoiding eviction.

“Rogue’s Gallery” reminds us that, earnestly though she longed for status and success, McCarthy could not help loathing respectability.

Yet McCarthy stayed on with Rousuck that summer, weathering with him the nadir of the Great Depression. She lent him the occasional price of an automat dinner, covered for him when his creditors came calling, and worried anxiously about his compulsive drive to deceive his customers and colleagues and his habit of bending the law. When she graduated from college (and again when her first marriage broke up a few years later) McCarthy returned to Rousuck’s employ, calling on her high-class education to lend his sales pitches an air of refinement. Decades later, long after Rousuck had managed to become an unlikely success at the prestigious Wildenstein gallery, McCarthy would still rely on his friendship and his skill at turning up a car or an apartment or a stylish hat in a pinch. When Rousuck died in 1970, she mourned that she had lost one of the “pillars of my life.”

It cannot have hurt McCarthy’s appreciation for Rousuck that both her first husband and her second—the eminent critic Edmund Wilson—disliked the conman-cum-gallerist intensely. Wilson, who resembled his predecessor Johnsrud in being intellectually authoritative and cruelly domineering, complained that Rousuck appealed to McCarthy’s “outlaw side.” If so, Mr. Sheer represents a fear that must have haunted McCarthy as she pursued her own outsize ambitions.

In the design of McCarthy’s book, Mr. Sheer is a foil to Meg Sargent. Yearning, as McCarthy herself did, for eminence and professional autonomy, Meg hopes that she can gain esteem on the strength of her talent and integrity. Every step of her path, though, runs through a dishonest and predatory society. Like Mr. Sheer, Meg is a lonely striver, struggling bravely to stay afloat in a harsh world and compelled against her own better inclinations to make recourse to a little stagecraft now and then. Along with Mr. Sheer she cannot ignore a fact the comfortable pretend to forget—that life is nine-tenths pretense and posture. That awareness makes Meg, like McCarthy herself, a gimlet-eyed satirist. If it turns Sheer into a fabulist and huckster, Meg comes to believe it is also what makes him a romantic lover of beauty.

As in most romances, Mr. Sheer’s quest must fail. Like Meg, the reader knows that sooner or later the charm will wear off, the lies and half-truths no longer convince. Yet, Mr. Sheer’s love of fraud and his talent for mishap do not lead to quite the disaster we have been led to expect: they bring him wealth and respectability instead. Once the worst years of the Depression have passed, Mr. Sheer is surprised to learn that his talents are in fact just what the luxury trades need. The big-name gallerists come calling and explain that in his quest to sell “bric-a-brac to rich dog and horse people,” Mr. Sheer “had been a pioneer.” He is soon launched on a disappointingly legitimate career, no longer a vendor of frauds and fancies, but a salesman of objets d’arts to the tasteless rich. The transition breaks his heart, just as it saddens Meg. “Mr. Hyde,” she laments, “had turned into Dr. Jekyll.” 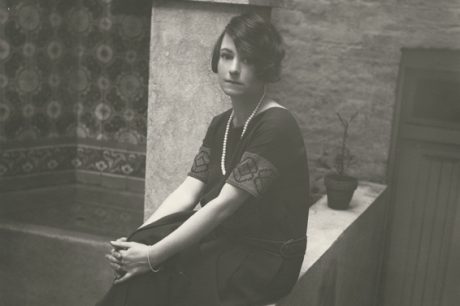 In this way, “Rogue’s Gallery” turns out to be McCarthy’s sly rewriting of The Great Gatsby. Like Fitzgerald’s protagonist, Mr. Sheer is a poor boy from the Midwest who yearns to rub shoulders with the American aristocracy. Like Gatsby, he doesn’t much mind if that quest demands some extralegal machination or a bit of imposture. In McCarthy’s world, however, there is no Tom Buchanan against whose hard malice Mr. Sheer’s dreams might crack up. The sad truth is that the engines of American capitalism love a scam and are eager to give it a patina of respectability.

In the years that followed The Company She Keeps, McCarthy would go on to achieve the esteem she had always sought. But she would never lose the sense that her keen intelligence was a gift to be preserved from a sea of comforting falsehoods and patronizing men. “Rogue’s Gallery” reminds us that, earnestly though she longed for status and success, McCarthy could not help loathing respectability, or, even against her own better judgment, loving an artful masquerade. Her pen dissected the self-deception of the contented. Her affections remained with the outlaw. 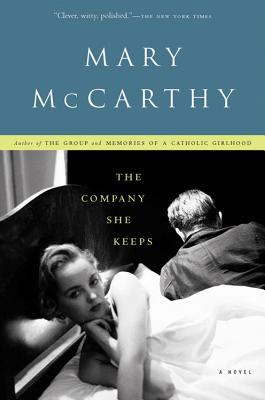 The Company She Keeps