The Big Picture: Black Women Activists and the FBI
According to a recently leaked FBI report, the agency is now watching a new group they have labeled “Black Identity Extremists.” These “BIE” groups, the Bureau asserts, are motivated by “perceptions ... 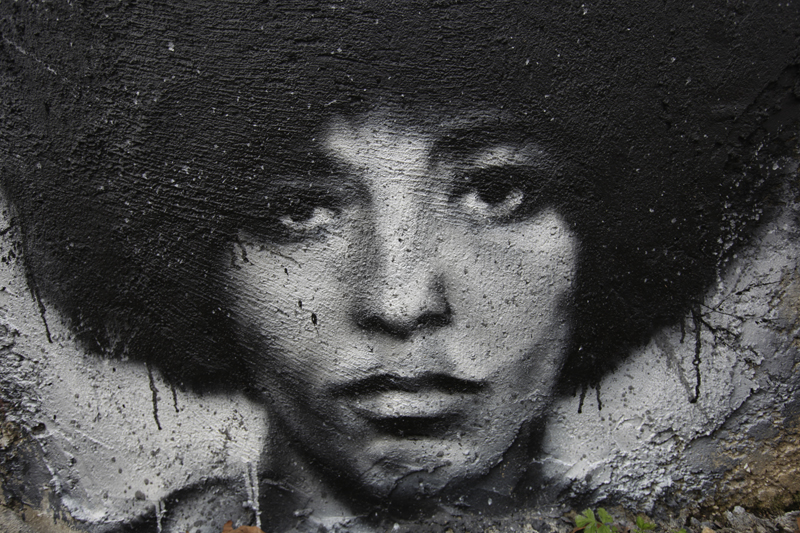 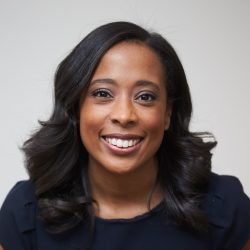 According to a recently leaked FBI report, the agency is now watching a new group they have labeled “Black Identity Extremists.” These “BIE” groups, the Bureau asserts, are motivated by “perceptions of police brutality against African Americans” and have “spurred an increase in premeditated, retaliatory lethal violence against law enforcement.” The FBI’s renewed targeting of black activists coincides with the Trump administration’s efforts to label minorities—Mexicans, Muslims, and African Americans—as potential national security threats. The recent report should not come as a surprise. For more than a century, the American government has surveilled and harassed activists from marginalized communities. However, organizers from these marginalized communities have also established a long tradition of resisting this suppression.

No surveillance program is more intertwined with the federal government than the Counterintelligence Program (COINTELPRO). Headed by FBI Director J. Edgar Hoover, COINTELPRO began in 1956 to track and disrupt the activities of the Communist Party. The program expanded significantly in the 1960s, aiming to, in Hoover’s words, “expose, disrupt, misdirect, discredit, or otherwise neutralize the activities” of a range of moderate, progressive, and radical groups.1 The federal government sanctioned decades-long surveillance on a wide range of activists, including Dr. Martin Luther King Jr., Malcolm X, and groups like the Black Panther Party and the National Association for the Advancement of Colored People (NAACP).

At Hoover’s behest, a legion of special agents wiretapped organizers’ homes; followed their families and harassed them with menacing phone calls that threatened to expose family secrets; posed as activists and infiltrated organizations; and raided the offices and homes of activists—all actions that periodically led to agents killing those targeted men and women.

The male victims of such surveillance have gotten the lion’s share of attention over the years. Yet many women, too, were targeted. Their stories of resistance are important not just as historical footnotes, but also in helping today’s generation of activists as they struggle to navigate the increasingly perilous currents of our moment.

In the 1950s, the Bureau hounded women organizers whom they deemed to be “subversives” and “communists.” Most of the women whom they targeted, however, were simply local-level activists engaged in labor and civil rights organizing within progressive groups. As COINTELPRO expanded, so too did Hoover’s tracking of black women. By the 1960s, this intensified, with special agents surveilling black women activists who led welfare rights organizations, those who engaged in voter registration work through the NAACP and the Student Nonviolent Coordinating Committee (SNCC), as well as more radical groups like the Black Panther Party. The FBI’s ever-growing list of “threats” included activists ranging from black nationalist “Queen Mother” Audley Moore to NAACP and SNCC leader Ella Baker to novelists and poets Pauli Murray and Sonia Sanchez, among many others.

For more than a century, the American government has surveilled and harassed activists from marginalized communities.

The Bureau used a network made up largely of white men, so-called “special agents,” to monitor black women activists. Surveillance could mean a special agent walking ten steps behind as activists strolled in the park with their children. It could materialize as an unfamiliar face in a community meeting. It could resemble a friendly neighbor who asked a few too many questions. Despite the harassment, these black women labored, organized, and survived, developing multifaceted strategies for challenging surveillance.

A central goal of the Bureau was to identify and isolate social justice activists in order to scare them into submission and silence. In response, many activists directly confronted the FBI. Some women, like Audley Moore, volunteered for questioning. Moore was a lifelong radical activist, with ties to major progressive and radical organizations throughout the 60 years spanning the 1930s to the 1990s. During the Great Depression, she organized black workers to fight for economic justice. In the 1940s and 1950s, she supported black soldiers and veterans, as well as poor and working-class black women victimized by the state. By the 1960s, she was considered a seasoned organizer and mentored younger activists, including members of the Black Panther Party.

Moore’s indispensable role in social justice organizing drew Hoover’s ire. The FBI surveilled her from the 1930s until the 1980s. As the Bureau performed its interrogations, Moore let them know that they too were under scrutiny. When they brought her in for interrogation, she turned their inquiries back on them. She questioned the FBI agents about their suppression tactics and rebuked their racism. “Without being asked,” the agents noted, she confirmed that she was a member of multiple radical organizations and remarked that she “had noticed nothing but White men” in the building, arguing that they must not hire black agents. Moore ended the interview by asserting her resistance to oppression, stating that “she would not be a witness” against other activists in court and that “she did not wish to be interviewed again.” 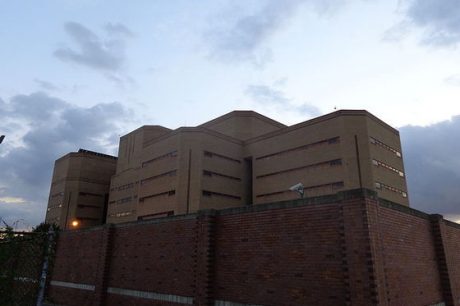 Artists such as poet Nikki Giovanni publicized the FBI’s surveillance in their craft. In her 1968 poem “A Short Essay of Affirmation Explaining Why (With Apologies to the Federal Bureau of Investigation),” Giovanni pinpointed the Bureau’s tactics, how they placed “That little microphone / In our teeth / Between our thighs / Or anyplace.” The Bureau’s insidious techniques gave rise to black activists’ pervasive and well-founded paranoia about spying and infiltration. Giovanni defended those shaken by the Bureau’s ubiquitous infiltrations, noting that those activists who seemed like they talked “to themselves” were really responding to surveillance or “kn[ew] who [they were] talking to.”2

Black women activists also banded together to combat the Bureau’s dogged pursuit of their families. They created networks to help care for children, thwart intelligence gathering, and provide financial support when they and their families lost their jobs and homes, and when their children were expelled from school. Some women moved in together or closer to one another to help share the burden of raising and protecting their children. Others met regularly to discuss politics and practical ways to survive, including tactics for evading their FBI details, strategies for passing notes to friends and family members who had gone underground, and the formation of defense committees to help ease the financial strain on families under surveillance.

These networks also functioned as the organizers’ own forms of intelligence. While defending their families, they shared organizing information, conferred with one another about how to strategize in legal cases against the Bureau, and discussed their personal struggles of surviving state oppression. Such relationships were a key part of their resistance to authoritarianism and helped abate the often-overlooked personal effects of state surveillance.

Black women activists’ intimate knowledge of authoritarianism gave them the material to theorize about how to mobilize against oppression.

Organizers who were members of what the FBI deemed “black hate groups” often wound up behind bars. In the 1960s and 1970s, the government jailed them, oftentimes on trumped-up charges of everything from their membership in allegedly subversive organizations to supposedly supplying arms for violent confrontations to kidnapping. These activists, including Mae Mallory, Angela Davis, Ericka Huggins, and many others, represented some of the Bureau’s most high-profile attempts to jail black thinkers and organizers based on false claims about “premeditated, retaliatory lethal violence against law enforcement,” the same charges being levied against so-called Black Identity Extremists today.

The imprisoned activists and intellectuals challenged the surveillance state through writing. They developed a vibrant body of literature that spanned regions, organizational affiliations, and political orientations, and that documented the mental, physical, and psychological abuse they endured as COINTELPRO targets. They also used their intellectual production to expose the multilayered logic of state persecution, connecting the federal government’s surveillance tactics to state police forces’ subversion of legal codes to local jail wardens’ violations of their civil liberties.

Whether it was Huggins’s poetry about her experiences as a political prisoner, Mallory’s prison letters warning black organizers about FBI and State Department tactics, or Davis’s searing analyses of the inner workings of state-sanctioned surveillance and imprisonment, black women organizers produced publications aimed at addressing the intersectional and insidious reach of and potential resistance to surveillance. Such intimate knowledge of authoritarianism gave these black women the material to theorize about how to mobilize against oppression. Their publications offer critical roadmaps to the groups who have already been or will soon be labeled as subversive organizations. 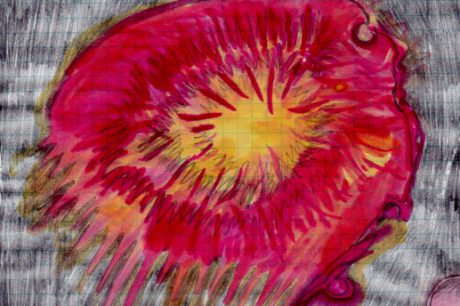 The current FBI’s labeling of activist groups as “extremists” signals the depth and reach of surveillance and suppression that we are likely to endure during this administration. To survive, we will need to rely on the knowledge of those who are intimately familiar with these practices. Black women activists from Moore to Giovanni, Huggins to Davis, have offered a multifaceted program of action. They have shown us that we must consistently and publicly expose the government’s tactics. We must also close ranks around those who are drawing government fire by offering financial and emotional support. Finally, we must create an intersectional coalition to fight this oppression.

Drawing on their own experiences, black women organizers offer us theories of resistance that encompass organizers’ personal and political lives. We can be inspired by their courage and rely on their knowledge at this moment when the surveillance systems of the state have, once more, placed progressive and radical activists firmly in their sights. 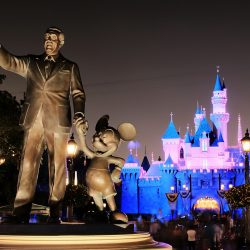 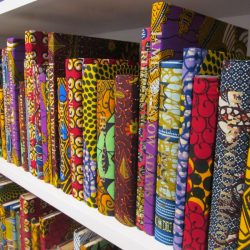