The Big Picture: Violence and Criminal Justice
On a rainy day in December of 2013, I visited the Heritage Foundation, one of the country’s most prominent conservative think tanks, to talk about how to reform the criminal justice system. I sat at ... 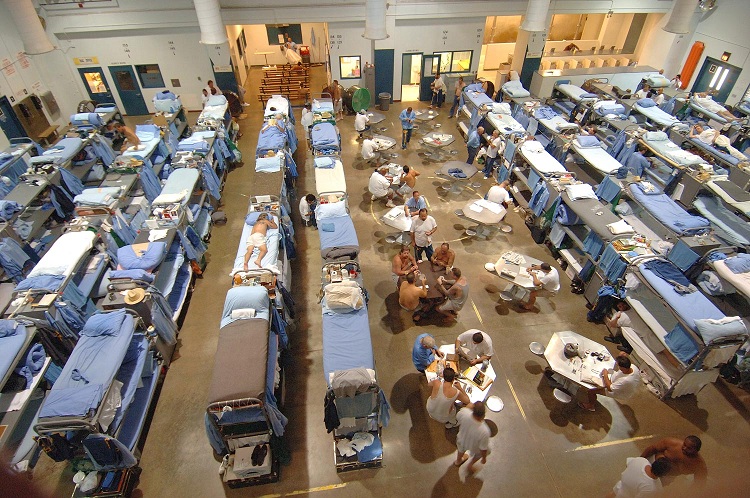 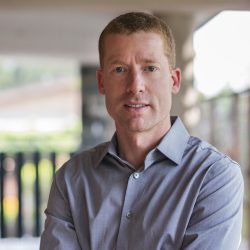 On a rainy day in December of 2013, I visited the Heritage Foundation, one of the country’s most prominent conservative think tanks, to talk about how to reform the criminal justice system. I sat at a long oval table with a politically diverse group of researchers, policy makers, and institutional leaders and discussed what we know about how mass incarceration has affected families, how time in prison alters long-term prospects for stable employment, and how the impact of imprisonment lingers on to affect the next generation. There were moments of disagreement and frustration, but there was one point of virtual consensus. Almost everyone in the room agreed that the scale of incarceration in the United States was unsustainable.

In that year, 2013, the national homicide rate descended to its lowest point in at least five decades. And yet more than 2.2 million Americans were imprisoned, and over four million more were living under the supervision of the criminal justice system, either on parole or probation.

Before the meeting began, I thought that I would have to spend the day making the case for the damaging consequences of mass incarceration and arguing that the crime decline had changed the nature of the debate on criminal justice policy. But in fact I faced few challenges throughout the day. After two decades of falling violence, the staggering number of incarcerated Americans seemed misguided to all of us. The tough on crime rhetoric that used to dominate discussions of criminal justice policy in the 1990s had softened, and few contested the harmful consequences of mass incarceration. I left the Heritage Foundation convinced that our nation’s long-term reliance on the prison system was coming to an end.

Almost a year into the Trump administration, I’m less certain. This essay explains why.

How We Got Here

The roots of our current criminal justice system took hold in the 1960s, when debates about the growing crisis in US cities intensified. Cities were the primary settings for a set of social problems that were becoming increasingly visible to the American public, like air and water pollution, economic dislocation, violent crime, and racial unrest. Toward the end of the decade, central city neighborhoods were torn apart by widespread riots, and ultimately left behind—their poverty increasingly ghettoized—by a large-scale, long-term migration to the suburbs.

Debates about the “urban crisis” occurred throughout the 1960s, centering on the question of how to understand and how to respond to the challenges posed by concentrated poverty, persistent racial inequality, and violence. One perspective explained these problems as the result of entrenched inequality and injustice, thereby providing the intellectual, moral, and political motivation for legislation leading to major advances in civil rights and an urban agenda centered around investment and empowerment. But over the course of the decade, an alternative perspective linked together antiwar protests, urban riots, and rising violent crime as reflections of growing lawlessness and disorder. This explanation of the urban crisis was laid out most explicitly in Richard Nixon’s 1968 presidential campaign, and in his time in office it was translated into an urban policy agenda characterized by the abandonment of poor urban neighborhoods and the punishment of their residents. Under Nixon, the federal government withdrew resources for cities, expanded support for law enforcement, and pushed the country toward an increasingly punitive criminal justice system.

the racialized politics of law and order could gather steam, and the movement to scale back the criminal justice system could lose its momentum.

This model of abandonment and punishment remained largely intact for most of the next 50 years, during both Democratic and Republican administrations. Although ambitious urban programs have been proposed over time, in the decades since Nixon took office there has never been a systematic effort to deal with the problem of urban poverty through sustained, large-scale investments in the nation’s urban neighborhoods. Punishment, implemented through state and federal policies that have bolstered the capacity of law enforcement and broadened the reach of the criminal justice system, has been the most consistent response to the challenges of urban violence and poverty.

By the time I visited the Heritage Foundation, however, this longstanding model seemed to be on the verge of collapsing. While the level of incarceration has grown over time, critics on the left have consistently pushed back. The calls for criminal justice reform to counter the injustice of the system and to protect individual rights have only grown stronger over time, fortified by the Black Lives Matter movement and influential books like Michelle Alexander’s The New Jim Crow. But these are no longer the only voices arguing against the carceral state. As the level of violence has fallen, the calls for harsh punishment that were common in the 1990s have died down, and voices on the right—Newt Gingrich, Rand Paul, even Paul Ryan—have argued for an end to the massive government investments in the prison system, motivated by the principles of anti-government ideology, fiscal austerity, and even religious redemption. 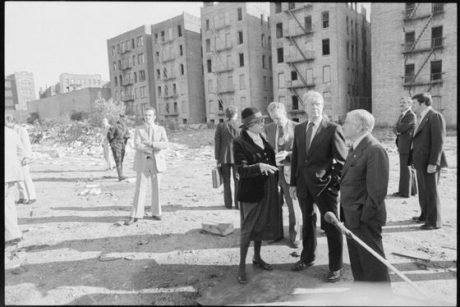 From The War On Poverty To The War...

The new, bipartisan movement for criminal justice reform is visible in public policy. The Second Chance Act, first passed in 2008 and renewed in 2015, was designed to give returning prisoners a better chance to integrate back into society by making it possible for some prisoners convicted of nonviolent offenses to have their records expunged. The Fair Sentencing Act, passed in 2010, addressed the most glaring example of racially biased punishment by reducing the disparities between sentences for crack versus powder cocaine. And in 2015 the federal government passed the Sentencing Reform Act, which scaled back mandatory minimum sentences for drug offenses and provided judges with greater discretion in sentencing. States as politically and culturally diverse as California, Connecticut, Georgia, and Texas have taken aggressive steps to reduce the size of the incarcerated population, while dozens more have passed legislation allowing local jurisdictions to reform their criminal justice systems and reinvest the savings in programs designed to serve former prisoners more effectively and reduce violence.

A new compromise had emerged by the last years of the Obama administration. Although the federal government still had not made major investments in central-city neighborhoods, there was growing consensus that punishment was not the solution to the challenges of urban poverty. Criminal justice reform seemed inevitable, guided by the ideals of justice, civil rights, faith, liberty, and austerity.

A Turn Backward and a Look Ahead

Close to four years have passed since I sat in the conference room at the Heritage Foundation, and much has changed in the time since. The national homicide rate was close to a historic low at that point, but it rose sharply in 2015 and 2016. Even if most cities haven’t seen a meaningful change, the abrupt rise of violence in cities like Baltimore and Chicago provides a reminder of what city life used to be like in much of the country.

Our focus that day was the prison system, but policing has become an equally salient issue in the time since. A series of police shootings caught on camera revealed to the nation how residents of low-income communities of color have been treated for decades, and Black Lives Matter has mobilized a large-scale social movement designed to confront police violence and brutality. President Obama convened a historic task force on policing that called for meaningful changes in the relationship between law enforcement and the communities they serve, and police departments across the country began to implement serious reforms designed to build trust, repair relationships, and confront violence in a new cooperative way guided by the ideals of legitimacy and justice.

And then came the 2016 presidential campaign, the election of Donald Trump, and the appointment of Attorney General Jeff Sessions. President Trump has used the recent rise of violence to sow fear in the minds of Americans, citing false statistics on crime and comparing conditions in Chicago to Afghanistan. Trump has taken symbolic steps to undermine the movement for reform, openly endorsing police violence and pardoning former Arizona sheriff Sheriff Joe Arpaio, who was convicted for defying a federal order to end the practice of detaining residents who had not committed any crime but whom he suspected of being undocumented. Sessions has taken active steps to roll back the Obama administration’s investigations into civil rights abuses by police departments, he has ordered prosecutors to pursue the harshest charges available to them, and he recently ended the federal program providing guidance to local agencies seeking to build trust with residents.

Before the 2016 election, criminal justice reform seemed inevitable, guided by the ideals of justice, civil rights, faith, liberty, and austerity.

President Trump’s repeated calls for “law and order” represent a clear turn backward to the rhetoric used by Richard Nixon in 1968. But where does it leave us, as we look forward? After a year of President Trump, criminal justice policy seems likely to move in one of two directions. One possibility is that the long-term, bipartisan movement to scale back the criminal justice system will continue, and the law and order rhetoric coming from Trump and Sessions will come to be seen as an anomalous, unsuccessful, misguided attempt to return to an outdated model of criminal justice policy. In this scenario, President Trump’s abrupt “turn backward” will fade away, and we will continue on the pathway of criminal justice reform and policing reform in place before the election of 2016.

But a second possibility is that the turn backward to the racialized politics of law and order will gather steam, and the movement to scale back the criminal justice system will lose its momentum. This scenario would mean that the federal government abandons its efforts to scale back its harshest sentencing policies, that state governments end their gradual efforts to reduce incarceration and invest in reentry programs, and that local law enforcement agencies discontinue their efforts to reduce police violence and build trust among residents of low-income communities of color. Despite the president’s disturbing rhetoric and shocking electoral success, this scenario still seems unlikely. The movement to reform policing and criminal justice has continued to move forward, and the reality is that the federal government has little role in criminal justice policy or in policing, which is decentralized into more than 18,000 local law enforcement agencies. But the federal government can play a role in leading the way for policy reform, and this scenario may become more likely if the unrest that emerged in the summers of 2015 and 2016 returns or spreads, or if violent crime continues to rise.

I hold out hope for a third scenario, one that continues the progress toward scaling back the prison system and changing the role of law enforcement, but also focuses on strengthening urban neighborhoods through local investment. I am not so naïve as to hope for a new federal agenda designed to confront urban inequality. But I am more optimistic about the possibility for a local agenda designed to bolster community organizations, provide extensive supports for returning prisoners, and create stronger relationships between residents, the nonprofit sector, and law enforcement. Even with a president intent on returning to the policies of abandonment and punishment, this type of local agenda is possible because of the growth of competent city leaders from both ends of the political spectrum, a well-developed nonprofit sector, and the growing class of philanthropists who are able to make investments on a scale that is usually unthinkable in the public sector. If we want to reduce the likelihood of a new wave of violence, a local policy agenda focused on justice and investment is essential. 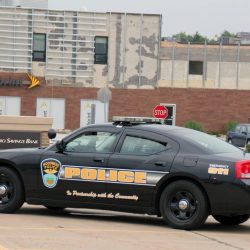