Cricket and the Future of India
“What is cricket?” Does it represent the past or the future of India? The first time the question appears in Aravind Adiga’s Selection Day, Mumbai scout Tommy ... 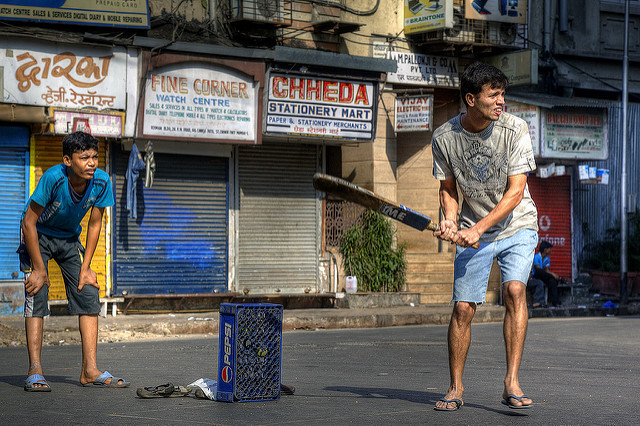 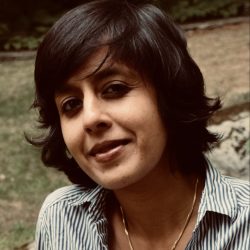 “What is cricket?” Does it represent the past or the future of India? The first time the question appears in Aravind Adiga’s Selection Day, Mumbai scout Tommy Sir is trying to convince businessman Anand Mehta to sponsor two young cricket players from the slums. For Tommy Sir, “cricket is the triumph of civilization over instinct,” and brothers Manjunath and Radha Krishnan Kumar represent his best opportunity to identify India’s next star athlete. For Mehta, who has recently moved back to India from the United States, cricket is a form of “narcotizing” entertainment that the Indian government uses “to pacify hundreds of millions of desperately horny young Indians of the lower social classes.” Nevertheless, Mehta becomes convinced that sponsoring the brothers will allow him to “do good things for his motherland,” while securing a plum return on investment. Since cricket is India’s most beloved sport, Mehta assumes, enabling two slum kids to play it will help them come into their own.

Selection Day, the fourth book from Man Booker Prize winner Adiga, follows Manjunath (“Manju”) and Radha in the years leading up to and following the titular “selection day” for a place on one of Mumbai’s prestigious cricket teams. Part 1, the bulk of the novel, extends from “Three Years before Selection Day” until “One Week after Selection Day.” Part 2 is a single chapter that unfolds 11 years later. This asymmetrical structure suggests that the boys’ years of relative potential will trump their actual careers as cricketers; in life, as in cricket, “the journey is as important as the destination.”1

Although a cricket novel, Selection Day departs in important ways from the post-millennial “crick lit” identified by E. Dawson Varughese. Crick lit uses the conventions of genre fiction in order to explore aspects of Indian cricket such as corruption, match-fixing, and the institutional formation of the Indian Premier League. Adiga’s novel, by contrast, uses the famously inscrutable game as a metaphor for global India’s abortive coming of age. “Either you know what the game of cricket is, or you do not,” the English sportsman C. B. Fry once said. Ulka Anjaria has written before in these pages about cricket’s ambivalent status as imperial bequest and treasured postcolonial pastime.2 In the colonial era, cricket was a disciplinary tool, like Shakespeare.3 Today, Ashis Nandy writes, cricket is “an interface between the old and the new, the fantastic and the real, the moral and the amoral, the visionary and the practical.”4

India-born journalist and fictionist Adiga, who lived in Australia, England, and the United Sates before returning to India in 2003, thrives by writing along those interfaces. His 2008 The White Tiger told the story of Balram Halwai, a domestic worker from a Bihari village who fashions himself into a Bangalore-based entrepreneur after murdering his foreign-returned employer. The White Tiger drew comparisons to Richard Wright’s Native Son and quickly became the canonical “New India” novel. Selection Day continues Adiga’s project of critiquing India’s enterprise culture and the exploitative myths that sustain it: that “any boy in any village can grow up to become the prime minister of India”5 and that cricket has “magical power … to uplift lives in today’s India.”

Mohan Kumar’s ambition for his sons in Selection Day carries forward the generational project established in The White Tiger, which ends with Balram’s reflection that he is “ready to have children.”6 Like Balram, Mohan is an “entrepreneur of revenge,” someone who, like a Mexican bartender in Manhattan, “secretly aspires, one day, to run the gringo establishment he is now a servant of.” A petty tyrant, Mohan insists that his sons become “the world’s best” and “second-best” batsmen. “Stay pure,” he urges them, “and think only of cricket.” He submits Manju and Radha to draconian dietary restrictions (“no oil, no ghee, no sugar”), grooming injunctions (no shaving), and a “weekly inspection” of their bodies in order to make sure their hormones are in check. Invasive though it is, this ritual is part of a sustaining physical intimacy between the boys and their father, who tickle each other, smell each other’s sweat, wrestle, and share beds. Eventually, however, Mohan’s myopic focus on cricket divides his sons, with tragic consequences. When Radha Krishnan does not finally make the team on selection day, he brutally injures the player who got him out. Manju’s comparative success as a cricketer destroys his brother Radha’s dream; in the process, Manju abandons his goal of higher education and betrays his first love, becoming “a kind of monster.”

This transformation is striking because, at the start of the novel, Manju is four years old, sensitive and precocious, and shows little of the rage that will eventually determine his life. We see him exploring his body and his senses: he licks mirrors, smells his brother’s cricket tees, and knows, he is certain, “how to read other people’s minds.” Over the course of the novel, this sensuality is disciplined. A queer, quiet, and studious boy who lives in Radha’s shadow, Manju emerges as a genius batsman who marries the “proper footwork” of the gentleman’s game with the bad technique of “twenty-twenty, American-style” cricket, a three-hour, television-friendly version of the game that otherwise takes over six hours, thus forging a “new and flawless—and unprecedented” style of Indian play. This gift is equally a curse. Throughout the novel, Manju is haunted by memories of his absent mother, confused by his sibling rivalry with Radha, tormented by his father’s obsession, ambivalent about his own professional aspirations, and consumed with wayward sexual desires. 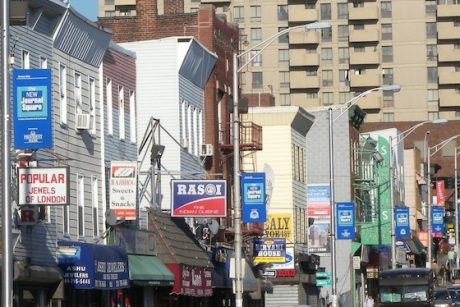 The only character who tries to understand Manju is fellow cricketer Javed Ansari, an older, Muslim boy from a wealthy family with whom Manju develops a close friendship. The boys practice cricket together and speak frequently by phone. Javed writes poems about Manju, and his touch both “horrifies” and “thrills” the young cricketer. Javed is Manju’s foil—Tommy Sir describes the two as “perfect contrasts”—as well as a surrogate mentor who encourages Manju to run away from home, fulfill his educational ambitions, and indulge his incipient bisexuality. In a subplot that recalls the cross-class migration in Laila Lalami’s 2009 Secret Son, Javed even invites Manju to live in his swank apartment in Navi Mumbai, complete with golden bedsheets and domestic staff. But the price Javed asks—that Manju quit playing cricket—is too high, and Manju ultimately rejects the older boy with a violent and heartbreaking slur.

The tentative reciprocity of affection in Manju and Javed’s relationship differs markedly from other cross-class and cross-caste relations depicted in the novel. Wealthy, cosmopolitan Indians like the businessman Anand Mehta cannibalize the lower-class, uncultivated boys’ bodies and potentials. In one of the novel’s most striking scenes, a drunk Mehta drives to Mohan’s house in the middle of the night and accosts Manju, who has just returned from a scholarship-funded trip to England. “Say something with a full fucking British accent,” Mehta demands, as Manju blinks confusedly in his undershorts. “Don’t think you’re too good for me and my money. Talk British now.” After the humiliating intrusion, Manju wants to go to the police. “That man can’t treat us like that,” he protests. Radha, who better understands the trap of sponsorship, dissuades his younger brother, reminding him, “He’s paying us.”

Adiga has said that Selection Day was inspired by the real-life story of a businessman sponsoring teenage cricketers in a Mumbai slum. This confrontation between Manju and Mehta, the latter clueless enough to credit himself with having “freed” the young boy, lays bare the compromised ethics, desires, and delusions underlying such patronage. “The more money you give them, the less freedom they have,” Tommy Sir admits: less freedom to inherit their pasts, and even less to design their own futures. When Manju rejects Javed and joins the Mumbai Under-19 cricket team, he does so with the knowledge that “there had been no choice and no selection to make.” The fulfillment of his promise as a cricket star is just another act of self-denial that the young Indian is conscripted to perform. 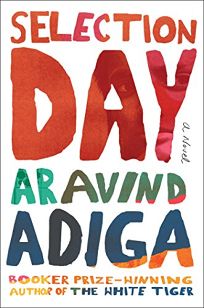