Cursed Masculinity
Masculinity is a curse. This, at least, is the driving conceit behind Jennifer Nansubuga Makumbi’s Ugandan epic, Kintu, published in Kenya by the Kwani Trust in 2014, and in the US by Transit Books ... 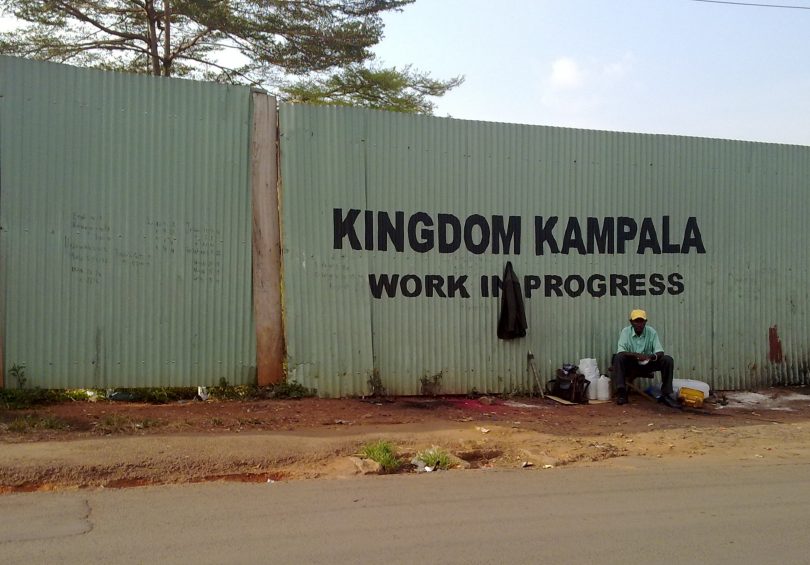 Masculinity is a curse. This, at least, is the driving conceit behind Jennifer Nansubuga Makumbi’s Ugandan epic, Kintu, published in Kenya by the Kwani Trust in 2014, and in the US by Transit Books this May. In its unfurling of Ugandan history from the 18th century to 2004, the “curse” is not just social (though it is that), or economic (though it is that, too), but metaphysical: it afflicts through omens, spirits, and untimely loss. The “cursedness” of men in the novel, as it persists across generations, is thus a literal description that works as a figurative indictment.

Straddling the Kingdom of Buganda (near today’s border with Tanzania) in 1754 and modern Kampala, Makumbi takes a sniper’s aim at the themes of virility and power across time. Over the course of six rich sections, she fires not a single gratuitous shot. Kintu is too wise to concern itself with merely taking masculinity to task, regarding it, instead, as a plight that no one asked for but in whose name all suffer. The one-way gaze of the rifle’s lens is thus tempered by a more delicate play of blame and understanding, as the misdeeds of men refract a broader give-and-take among knowledge, its denial, and the hard-earned possibility of change.

The progenitor of Kintu’s curse is a man named Kintu Kidda. As the Ppookino (or chief) of the Buddu Province in mid-18th-century Buganda, he is worn ragged by the expectations of his office. In love with and perfectly satisfied by his first wife, Nnakato, Kintu by custom must nonetheless take on a host of other brides, including Nnakato’s twin, Babirye. He travels dejectedly from home to home on a punishing reproductive schedule, feeling like a “prize bull thrown into a herd of heifers” and wondering why he has to “mount every woman thrown at him.”

His enslavement to the kingdom, as he imagines it, is partly why he loses his temper on a long, arduous trip to visit a new and irascible Bugandan king. When Kintu catches his adopted son, Kalema, drinking from his dedicated gourd (Kalema hesitates to waste Kintu’s rejected beer), the chief backhands the boy across the face. Kalema falls thrashing to the ground, where he hits a rock and unceremoniously dies before Kintu completes his cross-kingdom journey.

It is not just Kalema’s death at Kintu’s hand, though, that sets the curse in action. The Kintu family is blighted by the Ppookino’s ensuing failure to ensure proper burial for his son, followed by his failure to disclose Kalema’s death to his wife as she nurses him literally limb by limb back from his exhaustion. But Kalema’s biological father—a minority Tutsi rather than a majority Ganda, who labors on the sidelines of Kintu’s province while his son is raised a royal—suspects the truth. As Kintu is plagued by Kalema’s restless spirit, the real father sets off to find his son and, failing to do so, vows revenge.

For a while it seems that Kintu’s desperate attempts to ward off the curse are working, as he helps his son Baale, his sole biological child with Nnakato, prepare for marriage. On the eve of his wedding, however, Baale is mysteriously afflicted with what at first seems like severe cystic acne, but then morphs into weakness, fever, and death. Nnakato is despondent and hangs herself from a tree; her body is released into the earth, and Kintu expels himself from his home for the rest of his life.

Much more happens, of course, both in this section of the novel and in the four hundred–odd pages that follow. And the curse’s origins, while chronologically prior, do not in fact make up the opening of the book: that task falls to the account of a Kintu descendant named Kamu, who in 2004 is brutally beaten to death by a Kampala crowd who suspect him of being a thief. Read jointly, Kintu’s prologue and its first section thus announce the book’s overarching theme of “twinning.” In addition to the sets of actual twins that proliferate from section to section (Babirye and Nnakato are generic Luganda names for older and younger twin), Makumbi offers two ways of reading the novel.

If we prioritize Kintu Kidda’s plotline as the point of departure, there is a linear logic to the narrative: the curse is a matter of cause and effect, and a tool for tracing a family lineage that offers some hope for redress. Prioritizing Kamu’s prologue, on the other hand, suggests a more lateral and intractable design. Kamu in this reading represents just one of many ways in which the economic conditions of Uganda’s capital and, by extension, the contemporary African city run its inhabitants into the ground; the “curse” seems like a convenient appeal to heritage that lets politics off the hook.

In her Ugandan epic, Kintu, Makumbi takes a sniper’s aim at the themes of virility and power across time.

Both and neither of these interpretive modes are correct, and so the question of whether the Kintu curse is “real” becomes, instead, a question of to whom it offers some convincing means of explanation. Its most vehement adherent, for example, is a character named Magda, who ominously warns her cousin Kanani that “The ancients are on to you for some reason.” In this way, the novel can be read as an experiment in philosophical dualism on a whole bunch of levels.

Kintu’s got people like Kanani and his wife, Faisi, who subscribe to a strictly Manichean Christianity, replacing the more liberal missionary faith of their childhood with a division of the world into the “heathen life” of Ganda tradition and the Devil-vanquishing powers of Jesus. When their daughter falls pregnant with her twin brother’s child, the reader is caught at another interpretive crossroads: is the incest the result of the curse (a sort of “nature” beyond the twins’ control), or is it the product of their alienation from fundamentalist parents (the “nurture” side of the coin)? Believing in the curse gives readers leverage to imagine some way out of this fallen state. Attributing the pregnancy to the effect of fire-and-brimstone Christianity on a family invokes a messier web of historical questions about African religious practice.

If Makumbi ultimately skews more toward the “curse” reading, it is not, one suspects, because she is committed to arguing for traditional belief systems, so much as because it makes for a more gratifying narrative trajectory. Kintu is not an obviously “global” novel: it doesn’t stake its innovation on the process of charting connections across space, or to exploring mainly North–South relations. On the contrary, it’s been hailed for its refusal to cater to Western tastes by centering postcolonialism in its narrative of Uganda. It is essential, then, that the curse alone brings its many loose ends together.

The final section of the book unites Kintu descendants across class, education, and generation in the Ppookino’s original village to engage in an elaborate, multiday appeasement of its ancestral spirits: it pairs a UK-educated spirit medium, among other lively figures, with an orphan-turned-engineer who is convinced that he has killed his wife with AIDS (it turns out he’s wrong). The motley Kintu crew is led, on their journey “home,” by a former academic named Miisi, who has lost all but one of his children and mediates between village lore and modern life. This mediating role is also a burden, forcing Miisi to negotiate the group’s inbuilt cultural and generational tensions. As he explains to the savvy, frustrated Magda, “he would sooner forget custom and install her as the elder but the rest of the elders had refused,” on the basis of her gender. 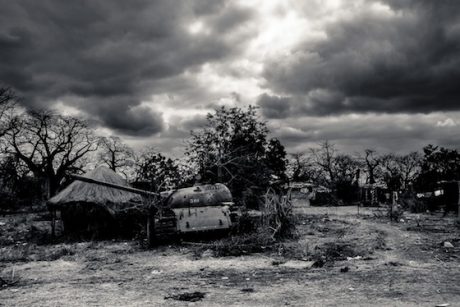 In search of some peace amid the traumas of the recent Ugandan past—Idi Amin’s reign, the Bush War, the scars of white colonial urban design—Makumbi’s characters return to a point of origin in which women can only wash feet, bear children, and await their sexual visitation by an exhausted chief. To be free of the curse entails the shackles of believing in it in the first place.

In the end, Makumbi’s great accomplishment is her intricate formalization and historicization of this “damned if you do, damned if you don’t” situation. Her readers are poised on the blade of a knife straight through to the book’s final pages: Miisi’s remaining child, a daughter named Kusi, becomes a powerful army general and provides relief from the constraints of gender, but she also leaves us unsure of how far to question the vigilante ethos she enacts. Another character, named Suubi, finds peace through confronting her violent past and deceased twin, but she channels it toward social and moral passivity (“People drop dead, people kill each other, people go hungry,” she says at one point, “you don’t dwell, you just exist.”)

Kintu is not in the business of offering political prescriptions or even historical explanations; it is committed, rather, to giving the archive of African experience its most full-throated expression, in all its junctures and pivots and points of overlapping possibility. It is, finally, a novel that gives the lie to pat dismissals of both “African” tradition and “Western” modernity. Because regardless of which avenue one chooses or doesn’t choose to make sense of life, he or she will be punished, as Kintu’s final line wagers, “for knowing and refusing to know.” 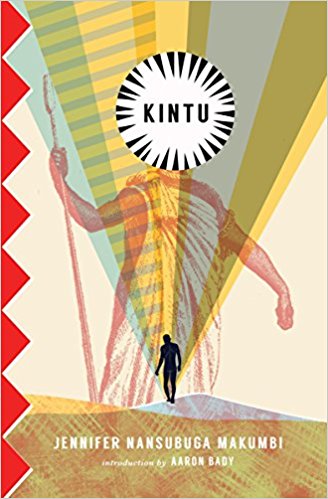