Great Aspirations
Chetan Bhagat is possibly the most successful Indian English novelist ever, having sold over seven million copies of his books over a relatively short career. But he is largely unheard of in the ... 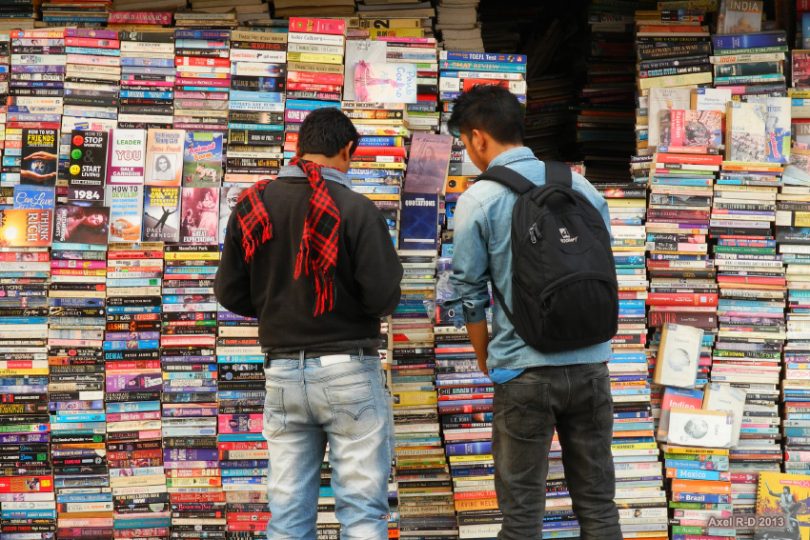 Chetan Bhagat is possibly the most successful Indian English novelist ever, having sold over seven million copies of his books over a relatively short career. But he is largely unheard of in the West, part of a trend in Indian publishing that has seen the rise of numerous popular authors writing in English who make little effort to market themselves outside of India.

Indian critics often see Bhagat’s popularity as a reflection of a recent rightward shift in public culture, marked by an embrace of Hindu nationalism and free-market capitalism. The fact that in interviews and op-eds Bhagat often espouses right-wing views bolsters this sense that his works represent a rejection of the secularism and cosmopolitanism of Nehru and his followers. Bhagat’s fiction also demonstrates significantly less artistry than Indian English novels by authors such as Salman Rushdie, Rohinton Mistry, and Jhumpa Lahiri that have gained international fame. But it is precisely for these reasons that Bhagat’s works appeal to a broad spectrum of readers in India’s expanding middle class.

One of the most interesting themes Bhagat has taken up across his first six novels is aspiration, a sensibility central to everyday life in the new India but largely dismissed by writers and critics on the political left as a symptom of a new capitalist mindset. Most of Bhagat’s novels center around a middle-class or aspiring middle-class protagonist, always (until now) a young man, often living in one of India’s midsize cities, such as Patna, Varanasi, or Ahmedabad, rather than in the more cosmopolitan Mumbai or Delhi. Bhagat’s protagonists struggle to make a life for themselves in an economic and social landscape saturated with new forms of desire even as wealth remains unequally distributed. His characters have a drive to succeed but are impeded in their self-actualization by government corruption (Revolution 2020), religious nationalism (The 3 Mistakes of My Life), managerial incompetence (One Night @ the Call Center), elitism (Half Girlfriend), and cultural chauvinism (2 States).

To what extent a Bhagat protagonist finds happiness depends on how successfully he can imagine alternatives to those social forces, without himself becoming corrupted by them. His novels take a more nuanced position than his clumsy political pronouncements, offering a fictional space where multiple forms of aspiration flourish, where characters speak English with a range of accents, and where young people imagine better futures for themselves and their country in ways that elude what Salman Rushdie famously termed history’s handcuffs.

Some disparagingly label Bhagat’s novels “lad lit” because they focus on frustrated young men and the trials of provincial masculinity, using familiar formulas. The social struggles he depicts are often channeled into the plot cliché of “getting the girl,” a project that involves navigating a new middle-class landscape. Often, Bhagat’s protagonists fall in love with young women from a more elite class, who are distant and/or sexually unavailable. In Revolution 2020, Gopal is obsessed with Aarti but she vacillates in her response to him, affectionate one moment and unapproachable the next. From Gopal’s perspective, Aarti’s actions can only be understood as irrational, and we never get her perspective to counter that view. A similar dynamic structures One Night @ the Call Center and Half Girlfriend. In Bhagat’s fictional world, men are the aggrieved, sympathetic protagonists and women are the aloof objects of their advances.

Bhagat fundamentally runs against the grain of progressive critical culture.

It is as if in response to such criticisms that Bhagat published his most recent novel, One Indian Girl. This book does not break from Bhagat’s classic rom-com style, but for the first time he adopts the perspective of a female protagonist. The novel, which broke Amazon India’s all-time preorder record, is the story of Radhika Mehta, a young woman who struggles to reconcile her career in investment banking with her romantic life, on the one hand, and her parents’ desire to see her married, on the other.

Successful at her Goldman Sachs job in New York, and very much in touch with her sexuality, Radhika nevertheless cannot seem to meet Mr. Right. Her first boyfriend, Debu, cannot handle her professional success or, more specifically, her salary, which hits half a million dollars, via bonuses, within a few years of starting her career. Her next boyfriend is her boss, Goldman partner Neel. He encourages her professional life, but he is also married and a father of two.

In the wake of these two failed relationships, Radhika reluctantly agrees to marry Brijesh, a man her parents have chosen for her back in India. But in a Bollywood-style plot twist, Debu and Neel both resurface in the weeks before the wedding, trying to win Radhika back. At the end of the novel, Radhika must choose between a now hangdog Debu, who promises to love her for who she is; Neel, who has left his wife; and Brijesh, a nice, caring guy who works at Facebook and who seems, like Goldilocks, just right.

One Indian Girl does not aspire to be great literature. As with his earlier books, Bhagat is clearly aiming for commercial success, not literary innovation. The idea of writing from a female perspective—which Bhagat earnestly defends in interviews—can easily be criticized as careless appropriation. But both of those critiques can be made without reading a single Bhagat novel; they are critiques constructed in opposition not to Bhagat himself, but to the very idea of a writer like Bhagat, who fundamentally runs against the grain of progressive critical culture. Bhagat is never going to be an Amitav Ghosh or an Arundhati Roy; his is an entirely different literary project.

My criticism of One Indian Girl comes from another direction—not that the novel is too much of the same Bhagat, but that it isn’t Bhagat enough. One Indian Girl moves away from what Bhagat does best. Rather than being set in India’s provincial towns or even in Mumbai or Delhi, it is set in New York. Rather than tracking the shaky path of aspiration in contemporary India, it is set among high-flying investment bankers who count their salary in millions. Rather than representing the complex landscape of everyday commodification and desire that young Indians encounter in spaces such as malls, clubs, and coffee shops, its settings include fine dining and romantic island escapes. 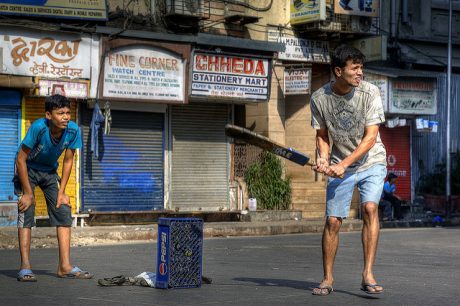 Cricket and the Future of India

Bhagat has been criticized for his hubris in writing “For rural India” and “For the non-English types,” as he dedicates Half Girlfriend, but at least his earlier works attempted to represent those whose aspirations and life outlooks have never been considered sophisticated enough for the Indian English novel. As much as his previous books centered on frustrated young men, they did so with an eye to illuminating a crisis of masculinity that is a key, but underrepresented, feature of contemporary India.

One Indian Girl may make a point about the value of women’s voices—a point, in theory, that his liberal detractors can get behind—but it loses what made Bhagat’s work distinctive in the first place. While the story of Radhika’s failed romances remind us of the obstacles career women face, there is nothing original in Bhagat’s telling of that story, nothing that hasn’t been done better in the hilarious and ironic women-centered romance novels of Anuja Chauhan, Nirupama Subramanian, Saba Imtiaz, and others. And to defend Radhika’s career choice against the sexism she encounters, Bhagat presents investment banking and its ruthless brand of capitalism as a saving grace for women’s empowerment. Parts of One Indian Girl end up reading like Mohsin Hamid’s The Reluctant Fundamentalist, but without the reluctance that allowed that novel to critique the contemporary capitalist world.

Although One Indian Girl is unlikely to circulate widely outside India, it is important to acknowledge how Chetan Bhagat’s works hew a new landscape for Indian writing in English. His writings rarely make it to the US, and are resolutely for an Indian readership. They will win no prizes nor inspire dissertations. But for these reasons they represent the actuality of what many people in the world are reading today, outside of the newly sanctified category of the “global novel.” International readers will likely find little exciting in Chetan Bhagat. But that, it seems, is precisely the point. 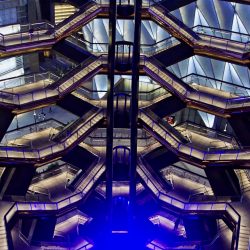 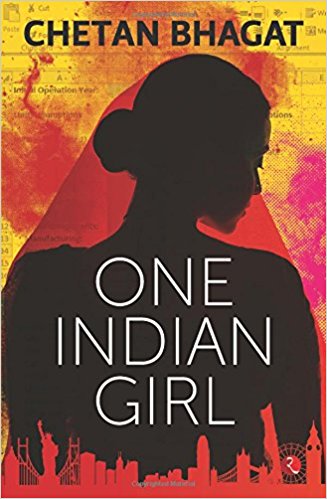