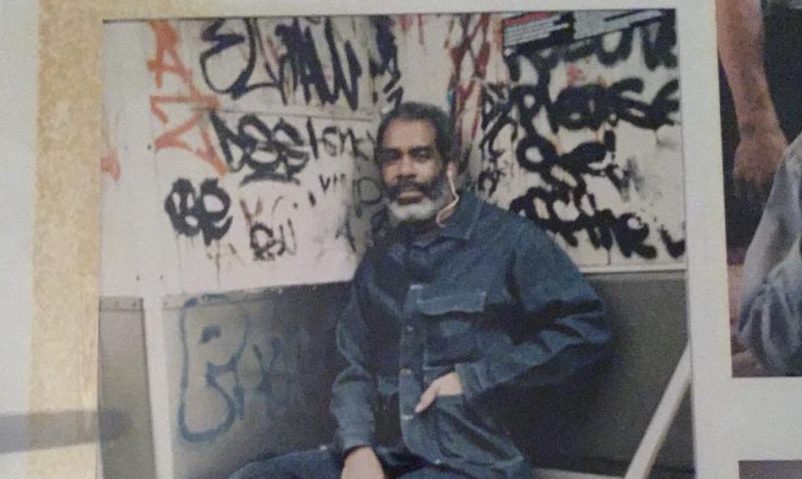 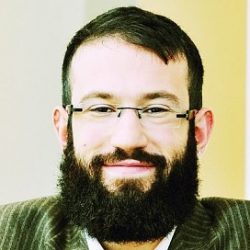 William Melvin Kelley, the experimental novelist and filmmaker—who mastered and reinvented a kind of midcentury literary style crafted from a colorful array of language and perspectives—died in Manhattan on February 1, 2017, at the age of 79. For the past three decades, Kelley taught fiction at Sarah Lawrence College, where I enrolled in his seminar. We struck up a long dialogue about Jewish and African American literature and culture.

From his teaching and the dialogues that followed off and on for years afterwards, Willy inspired in me a self-reliance and will to originality, which seems to always pull me back to his surreal and carnivalesque view of American culture. Never predictable, Willy, when I asked him which novel might give my work a sharper, more distinct view of Jewish American culture, responded: Harriet Beecher Stowe’s Uncle Tom’s Cabin. That novel—in its Yiddish translation—became my doctoral dissertation’s keystone. Kelley’s work was always spiritual: he studied the Jewish tradition—as closely as he could without the benefit of an official conversion—calling himself a Child of Israel and a believer in the “True God.” He often said that as a poor reader, there were only two books in his life that he had read end-to-end: James Joyce’s Ulysses, and the Hebrew Bible.

Willy, or “Duke” as he was known in his Harlem neighborhood, was born in Staten Island on November 1, 1937. His father, William Melvin Kelley Sr., was an editor at the African American newspaper the Amsterdam News, who tried unsuccessfully to start his own newspaper and ultimately became a civil servant. His mother, the former Narcissa Agatha Garcia, was a homemaker and devout Catholic.

Kelley was intimately involved in discovering a new African American aesthetic, one catalyzed by the history-shifting politics of the Civil Rights and Black Power era. In 1962, he published his first novel, the masterpiece A Different Drummer. The novel takes place in a mythical southern state that mysteriously loses its large black population in 48 hours. The literary critic Trudier Harris called the novel “a battleground of sorts,” which rebelled against expectations by depicting African American characters with no narrative voice of their own. Instead, the narrators are taken from among numerous white characters, who each describe and analyze the actions of black characters for the reading audience.

Kelley was a late subject of the Harlem Renaissance photographer Carl Van Vechten and a young protégé of Langston Hughes, who in 1965 invited him to tour Europe under the auspices of the State Department. Kelley’s imagination honored the legacy of the Harlem Renaissance by depicting the absurd inequalities that followed in its wake. He published prolifically throughout the 1960s, including a collection of short stories, Dancers on the Shore (1964), and the novels A Drop of Patience (1965), dem (1967), and Dunfords Travels Everywheres (1970). In that final novel, Kelley devised a Joycean creole: “Dust, we may away ouSelfs from the langleash language for a Perusol o’ so some Source matourial gleanered from dPages o’ Dialy Citysun”

“I would say there were two languages that were created by African Americans,” he explained in one of his seminars. “One that is being created so that African people could communicate with European people and another language for African people to communicate with other African people. I imagine that at that point, English was the common language that we were using. So, OK, we would use English words, but we use them in an African way. That process takes a long time,” he thought, “Yiddish is a language that can be considered a Creole language. It was a combination of Hebrew and German, and it was spoken by Jews in Europe. It’s a question that African Americans will have to answer. Do we let it die out and learn standard English, or do we keep them both and develop a language and literature in both?”

Willy’s assignments at once confounded and invigorated the Sarah Lawrence campus’s avant-garde sensibilities. One recurring exercise, for example, was for seminar participants to write a romance novel collectively. Each of the 15 students would be responsible for writing one chapter. At the culmination of the semester, the students came together for a charged reading that voiced a cohesive work with divergent points of view, styles, and levels of diction. Another involved writing five pages without the verb “to be”—a technique that Willy culled from the biblical narrators.

In 2014, the Oxford English Dictionary credited Kelley with coining the political term “woke,” in a 1962 New York Times article titled “If You’re Woke You Dig It; No mickey mouse can be expected to follow today’s Negro idiom without a hip assist. If You’re Woke You Dig It.” The hashtag #staywoke later became a catchphrase of the new Black Lives Matter movement, after first passing serendipitously through Erykah Badu.

Kelley wrote intricate novels that identified with the rejection of dominant social orders, while also penning incisive essays drawn sharply from his experience in the centers of power. In “The Ivy League Negro,” which appeared in Esquire Magazine in 1963, he remarked on African American men like himself enrolled at elite universities:

In my class at Harvard, out of a thousand boys, there were ten Negroes. By the end of the first three weeks of the term, I had met them all. A Negro in a new situation will look, either consciously or unconsciously, for other Negroes. He will not feel really at home until he knows how many there are, their names, and where they came from. I always compare it to two spies in enemy territory dropping notes scribbled on matchbook covers as they pass one another on the street.

In his novel dem, an absurdist parable, a white woman gives birth to twins—one of whom, mysteriously, is mixed-race—only to discover that the mysterious baby is the result of super fecundation: the “fertilization of two ova by two separate sperm during two separate copulations.” After the death of the white baby, her grieving husband Mitchell searches for the father of the brown baby and finds Calvin Coolidge Johnson in Harlem, who denies any responsibility for the child. A man who long held a “grudge” against whites, Coolidge reminds Mitchell of the countless slave owners who fathered children and denied their paternity, forcing black men into a false paternal role. Instead, Coolidge insists that Mitchell’s time had come. When Mitchell asks, “Why me?” Coolidge replies, “Why [my] great-granddaddy?”

The Oxford English Dictionary credited Kelley with coining the political term ‘woke ’ in  1962.

Kelley was an expert in the arts and theories of mixed metaphor. Of his childhood he wrote:

I was not raised in a ghetto, but in the North Bronx, the only Negro boy on a predominantly Italian-American block. Knowing this you must not immediately assume that I was unhappy, you must not assume I was always fighting on my way to school; this was not at all the case. On the contrary, being the only Negro gave me a wonderful advantage; I was always a very important part of the games my white friends and I played. When we played the Lone Ranger, I was always Tonto; when we fought the Japs, I was always the Friendly Native. This is because I was not so much “colored” as brown, and too good a friend to be one of the outlaws or the Japanese.

Kelley attended the Fieldston School and in 1957 entered Harvard College planning to be a civil rights lawyer. Instead, he was drawn to the seminars of John Hawkes and Archibald Macleish, and won the Dana Read Prize in 1960 for the best piece of writing in any Harvard undergraduate publication. Shortly thereafter he took a leave of absence to focus on his writing and left campus six months short of earning a degree. In 1965, in the moments after hearing of Malcolm X’s murder, he detailed his decision to go into exile: “I wouldn’t assign myself the task of announcing that our little rebellion had failed, that racism had won again for a while. Not with a young wife and a toddler depending on me and all this killing going on. By the time I reached the Bronx, I had decided to depart the Plantation, perhaps permanently.” Kelly’s time abroad brought him and his family to Rome, Ibiza, Paris, and Jamaica, where he taught at the University of the West Indies. In Europe, he joined other African American artists, writers and intellectuals in self-imposed exile. 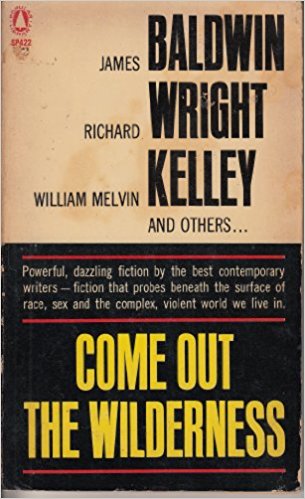 Besides his uncollected short stories, which have appeared in the Saturday Evening Post, the New Yorker, the Negro Digest, Quilt, and many anthologies, Kelley has a 1964 short story collection, Dancers on the Shore, which won the Transatlantic Review award. In 1988, he wrote, produced, and starred in the rare experimental film “Excavating Harlem.” From 1989 until 1992, he kept a video diary, as a way to capture the beauty of his family and neighborhood that he felt could not be described in words. The resulting video, some of it damaged by years of storage, was collected and edited over the course of two years into another short called The Beauty That I Saw. The film debuted in the 2015 Harlem International Film Festival, where it won a Harlem Spotlight Award. In 2008, he was awarded Anisfield Wolf Book Award for Lifetime Achievement.

Willy Kelley was known for his enduring devotion to his family and his beloved Harlem. His acerbic and artful allegiance to the masses came through in a 1977 New York Times dispatch from Kingston, Jamaica, where he wrote of the political similarities between the island and his native land:

The poor and the righteous can do anything they will, as they periodically and devastatingly show. But oftentimes (weary after years on a low-protein diet), they surrender the Authority to Do to some fatty ego with a megaphone and one ancient laugh in his script. Country people will stand quietly for hours listening to a fool. They grow the food the fool gets fat on, but after all the fool comes from the city.