Is Our Work Done?
The answer depends, of course, on our definition of work. I’m writing this late at night. It’s Sunday and I’ve cooked some soup, marked some exams. I hardly know what counts as work these days. The ... 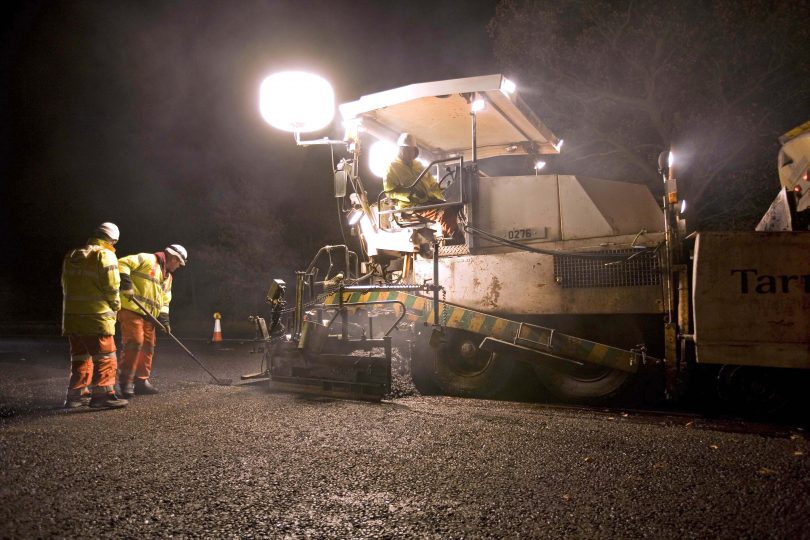 The answer depends, of course, on our definition of work. I’m writing this late at night. It’s Sunday and I’ve cooked some soup, marked some exams. I hardly know what counts as work these days. The paid stuff doesn’t always seem like the most important, although sometimes it feels easiest. I lurch into holidays dreading domestic labor. As for the political work we have to do these days, just thinking of it makes me tired.

Alex Pang argues that we all have our “life’s work,” toward which sport and sleep might count. But James Livingston’s bolshy refrain, “Fuck Work,” suggests the very concept is rotten, wrongly suggesting that labor is socially necessary. The subjects of Daniel Fridman’s ethnography, amateur investors trying to get out of the rat race, think money should be working for us.

These three glimpses of a post-work age come from different corners: from the disciplines of history and anthropology, and from the owner of a private firm. But Livingston, Pang, and Fridman all recognize that we are probably not going back to a time when teachers or shop assistants could work their way to security and the good life. Forget about getting the coal miners back to work: all eyes are peeled on a more interesting prize.

Fridman’s Freedom from Work studies groups in the US and Argentina that use financial advice books and media to recalibrate their working-class goals. Fans of Robert Kiyosaki’s best seller Rich Dad Poor Dad, they meet collectively in pursuit of frantic individualism and entrepreneurial know-how. Fridman is generous toward their understanding of neoliberalism: the self-help literature they read is clear on the fact that a minority of people appropriate the time and money of others, suggesting that the only rational response is to try and join them.

In tone and message, Pang’s Rest is not unlike the texts Fridman’s readers buy. It reports on the diurnal rhythms that successful scientists, artists, and entrepreneurs have kept over the last century. Charles Darwin, Haruki Murakami, and Thomas Jefferson are heroes of Pang’s story. Enough with the 40-hour work week, he argues: 20 hours has always been enough for people who took rest and good work seriously.

Luckily, Rest probably won’t resonate with the people looking after my kids or harvesting my coffee. But No More Work might. We all believe, Livingston argues, that our labor is socially necessary. Yet if corporations were taxed just a little more and the running costs of the existent welfare state factored in, wealthy societies could afford to give everyone a no-strings-attached living wage. Most actual labor can be done by machines, or not done at all.

Some people might respond to being given an unconditional income by watching endless daytime television, but most, Livingston hopes, would get on with the socially beneficial activity they want to do anyway. In other words, the lives of teachers and artists might not change much, but what Livingston sees as our second calling, to “love,” would be properly recognized once money was taken out of the labor equation.

Everyone who has lived in a family or worked in an organization knows that doing less work is an issue, above all, of fairness.

Put these three strands of argument together, and it becomes unclear who actually thinks full-time work is a good idea. Is it all of us (on the left, and the right; the prostitutes, the tradesmen, and the professionals), as Livingston believes? Where would this leave Fridman’s subjects, with their longing to be free of work? And what about those really good professionals, who, according to Pang, long ago cracked the trick of napping and taking sabbaticals? Where do female professors at research universities come in here? (Rest does not mention them, but it draws liberally on their cognitive studies.)

Perhaps what we want doesn’t matter if, as Livingston suggests, most sectors seem likely to shrink workloads soon anyway. One technology pundit recently claimed that the unemployment rate will reach 24 percent by 2025.1 On this basis, No More Work calls the principle of productivity “outmoded, even ridiculous”: “There’s not enough work to go around. We can produce more every year, every month, with less and less labor time. We lost our race with the machine, and we know the robots are coming to take our jobs and steal our emotions.” Livingston is at his most persuasive as a historian, taking us back to forgotten junctures where we knew this better than we do now. In North America in the 1950s, ’60s and ’70s, he reminds us, advisors and politicians on both sides of the political divide saw this end of work coming.

No More Work is more controversially hitched, however, to the movement for a universal basic income (UBI). This movement has gathered steam significantly in Europe since the 1970s. In Switzerland, the proposal to pay everyone a state salary of over 2,000 US dollars a month was recently put to the national vote, and a quarter of the population were in favor. In the Netherlands and in Finland, similar proposals are currently afloat.2

Livingston ignores the likelihood that UBI will be granted first in small countries where ethnic nationalism is growing, and that a state where everyone is financially supported is likely to be a very exclusive one. Countries now offering strong support not to work (in the form of paid studentships, parental leave, state pensions, generous sick leave, etc.) are already even more unwelcoming to newcomers than is the US.

And then, as one of its original proponents, André Gorz, acknowledges, while a UBI would redistribute wealth, it wouldn’t alone produce equality: it might not change who owned houses and cars and factories; who had money and desire for Opera tickets; who changed the diapers.3 Recent proponents of UBI include the CEO of Siemens and the EU Commissioner for employment—it’s a way to quell a revolution as well as to start one.4

If it’s time for a world in which working less makes sense, a UBI is a good start. It would reduce the horrors of social security payments being given ungenerously, and at the cost of dignity to their recipients. (Can anyone who has seen I, Daniel Blake, doubt that UBI is a good idea?) But it doesn’t close the circle of the argument about work quite as neatly as Livingston proposes. 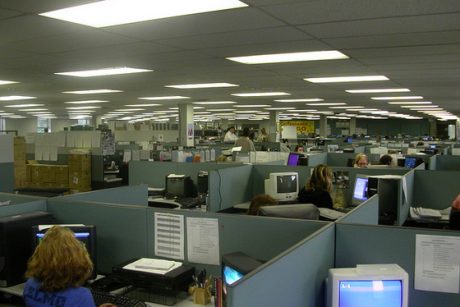 No More Work does, at least, seek to solve the problem of work through resource redistribution rather than by inviting readers to hack their own lives. It also shows what’s so painful about Freedom from Work, which follows workers who see the game as rigged without wanting to change the rules.

Everyone who has lived in a family or worked in an organization knows Livingston is right: doing less work is an issue, above all, of fairness. Pang’s list of people who’ve been good at resting inadvertently proves this pretty well: Salvador Dalí, Edgar Allan Poe, Frank Lloyd Wright, Henry Ford, Thomas Edison, Thomas Mann, Stephen King, J. R.Tolkien, John F. Kennedy, and Winston Churchill all napped, we can assume, in the knowledge that dinner was being made by someone else.

What would you do if your income were taken care of? The answer, quite possibly, is that in some form you’d get to work.

But there are other theories that address the equitable distribution of time as a political horizon without resorting to the work/freedom-from-work binary. Personally, I like the simplicity of Frigga Haug’s “Four-In-One-Perspective.”5 Haug’s premise is that we all have 16 waking hours in the day. The ideal division of time would involve using four of them to do paid work; four to do care work (looking after elderly parents; kids, etc.); four working on the self (reading; sport); and four doing politics or community work.

I was thinking about this while knocking on doors for the Labour Party in London last year. We went out during the day, which felt like a sacrifice of work time on my part. But the people who opened their doors to us in the council estates had endless time to talk. The ones who talked longest were also the ones least easy to persuade about Labour’s policy or the merits of remaining in the EU; the most likely to be suspicious that history was against them, and of immigrants—even when they were immigrants themselves. The people who have free time in abundance, even in countries where state assistance is given, do not feel victorious.

For those of us who escape gladly to our offices on Monday morning, meanwhile, the promise of longer weekends isn’t very compelling. But the idea of starting a conversation about how we distribute our time might be. The catch is that this conversation itself needs and takes time. That’s what’s so interesting about Freedom from Work’s description of workers reading and playing board games on the job: even if they don’t get rich, they’ve been reading and meeting to talk about books. It’s also what’s clever about Rest. If Pang really assumes that high productivity is our goal, his advice is dubious—but following it will probably make your days more interesting, even if your outputs drop.

In these terms, the polemic Livingston wants to ignite has its own merits. He writes as someone with answers, but No More Work, which has gone viral in the form of a punchy essay, really works best as a question. What would you do if your income were taken care of? These are the words the Swiss campaigners for UBI plastered across Geneva in 2016. The answer, quite possibly, is that in some form you’d get to work—and that you’d fight for the right of others to do the same.

I’ll stop. It’s late and there’s still a lot to do. 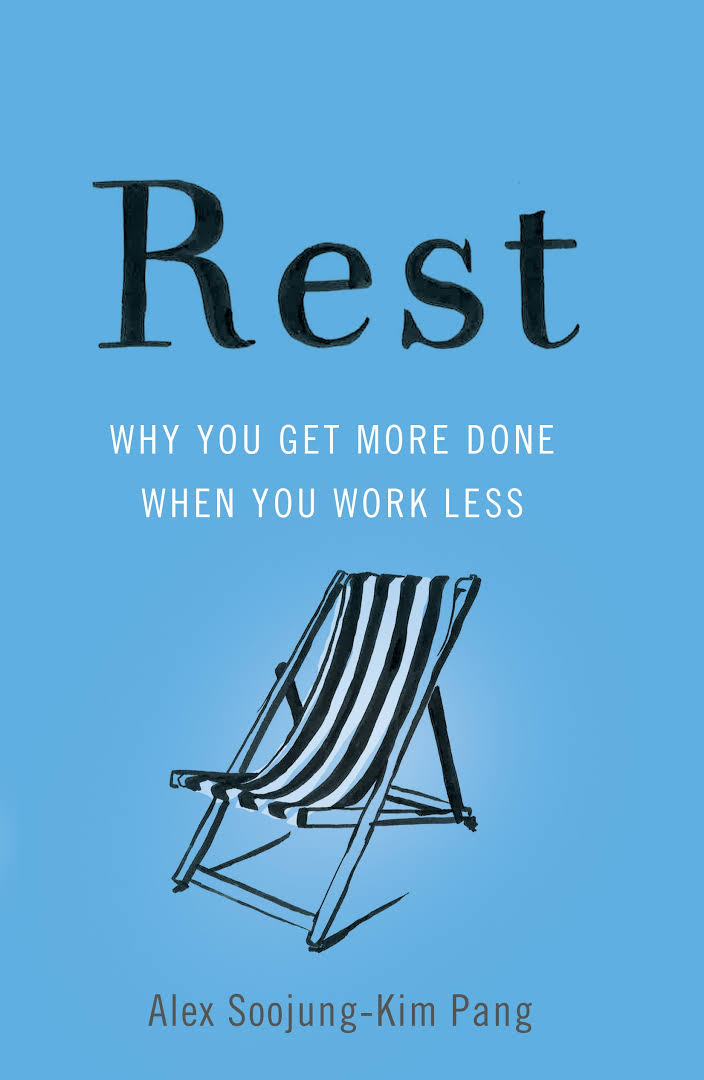 Rest: Why You Get More Done When You Work Less 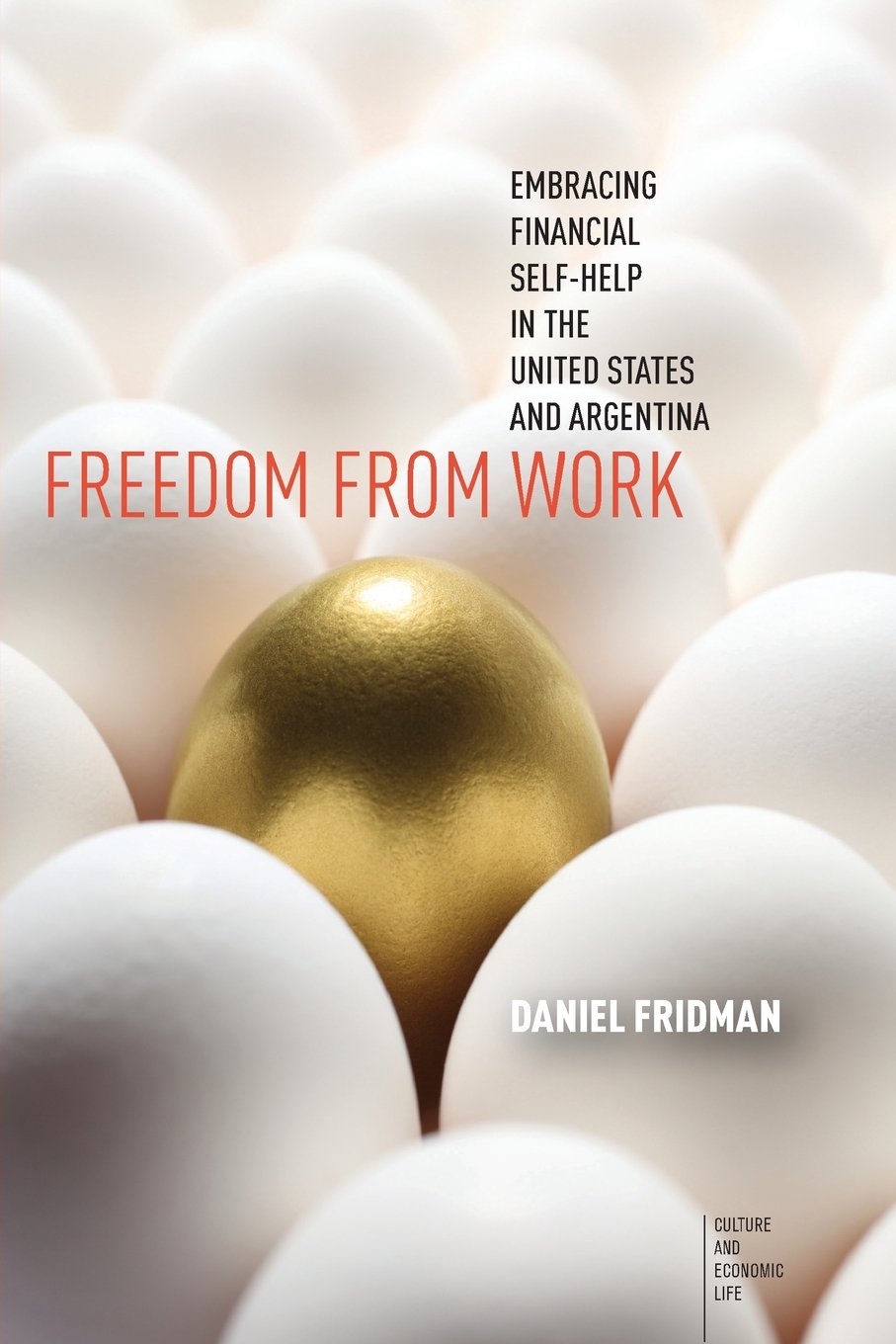 Freedom from Work: Embracing Financial Self Help in the United States and Argentina 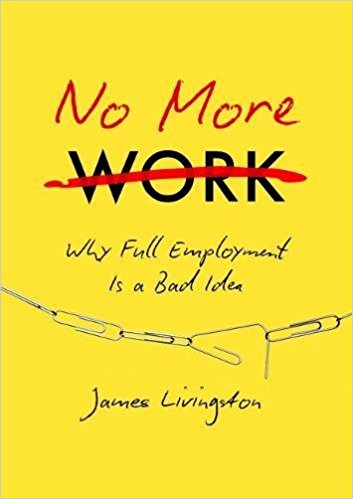 No More Work: Why Full Employment Is a Bad Idea