Japanese on Montagu Street
This is the latest installment of Public Streets, a biweekly urban observations series curated by Ellis Avery. “My colleagues think I’m going to come back with this crazy haircut,” says the man in ... 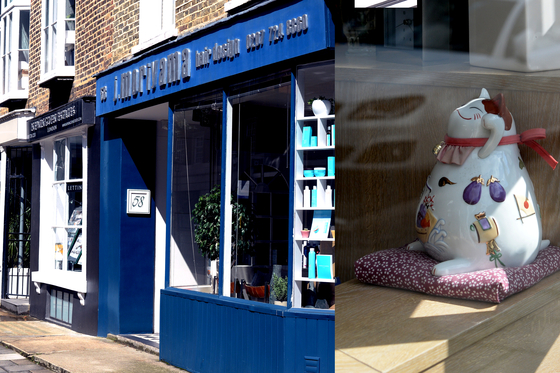 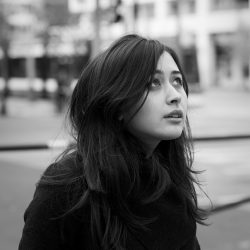 “My colleagues think I’m going to come back with this crazy haircut,” says the man in the swivel chair next to mine. He’s talking to his stylist. “It’s ‘cause I told them I was going to a Japanese hairdresser. They think I’m going to have, like, whoooff.” He gesticulates an explosion.  The stylist puts her hand over her mouth to giggle. No amount of gel could make this man’s graphite bristles go whoooff.

The salon is on London’s Upper Montagu Street, a six-minute walk from 221B Baker Street, Sherlock Holmes’s address. In the narrow room there are only three customers: the chatty man, a Japanese client sending emails on her Samsung Galaxy Note, and me.

The bilingual website describes j. moriyama’s “clientele” as coming from “the wider Japanese community and from those that recognize the high levels of quality that are expected from a Japanese salon.” All the stylists are Japanese. They greet clients with “Irasshaimase!” The June issue of ViVi is laid out on the pine window seat. The magazine advertises 100 different ヘアアレンジ (hea arenji, hair arrangements). Pouting on the cover is Kiko Mizuhara, a Korean-American-Japanese model.

No one—not the website, not the magazine, not the stylists—explains why higher quality is “expected from a Japanese salon.” A Japanese restaurant announces itself with petals of salmon, with fat white grains of rice, with tempura, and unagi: the products on offer. Perhaps the salon assumes you know that hairdressers in Japan must pass a national licensing exam.  Stylists attend beauty colleges and study for two or more years.

Only about 40,000 Japanese people live in Britain; that’s 0.06 percent of the population. Twice as many people follow the BBC’s Sherlock Holmes on Twitter. Businesses like j.moriyama rely on reaching non-Japanese clientele, most of whom will be unaware of stringent exams from the other side of the world. But nation as brand seems to be good enough. Yelp reviews enthuse: “This place is seriously Japanese, and I enjoyed every minute of it,” and “my hair[cut] is very Japanese, which you might expect from a Japanese hair salon.” 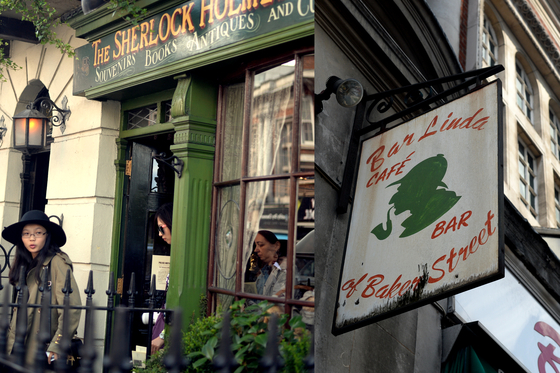 My balding neighbor might joke about whether or not his haircut is Japanese, but he certainly seems interested in his stylist’s origins. “So where in Japan are you from?”

He seeks out her face in the mirror. Her hair is dyed roe deer-brown and curls at the ends. Bright white polka dots adorn her sweater. She replies, but he’s never been there. Only to Kyoto, Osaka, and Tokyo. 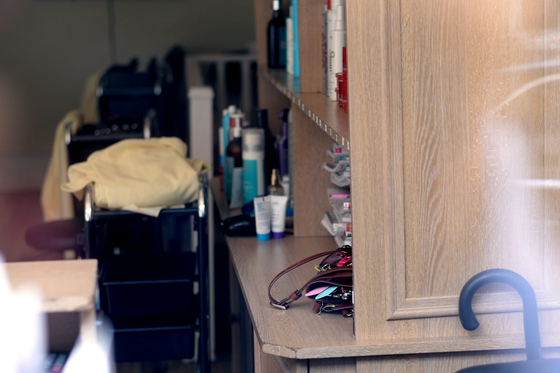 She examines him from all angles. The j.moriyama stylists wear their cutting technology in leather holsters, like petite cowboys. Her holster jounces as she bobs around him. Is she performing a Japanese haircut? His hair hasn’t been cut in any traditional Japanese style. The hair itself is English. He asks her if she misses the food in Tokyo. “My boyfriend’s American, but he loves English food.” She wrinkles her nose. “Fish and chips. I peel off the outside and I eat it with soy sauce.” She laughs. Would this meal be more or less Japanese than his haircut? It’s easy to imagine her in a small room, with her tall American, late at night. They’ve unwrapped the greasy fish from the papers, and she, with those deft hands, is stripping the fish to its white heart. Does she eat it with her fingers, sucking the salty sauce from under her nails? Or are chopsticks also involved? Does her care render this fish high quality? The client seems to lose interest, now that the boyfriend has been introduced. She turns on the hairdryer and blows the silver filaments from his neck. 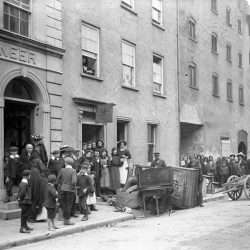