Kill Your Idols
In April of 1966, Andy Warhol held the first of his now infamous Exploding Plastic Inevitable events at the Polski Dom Narodowy on St. Mark’s Place. A healthy buzz had already developed in the ... 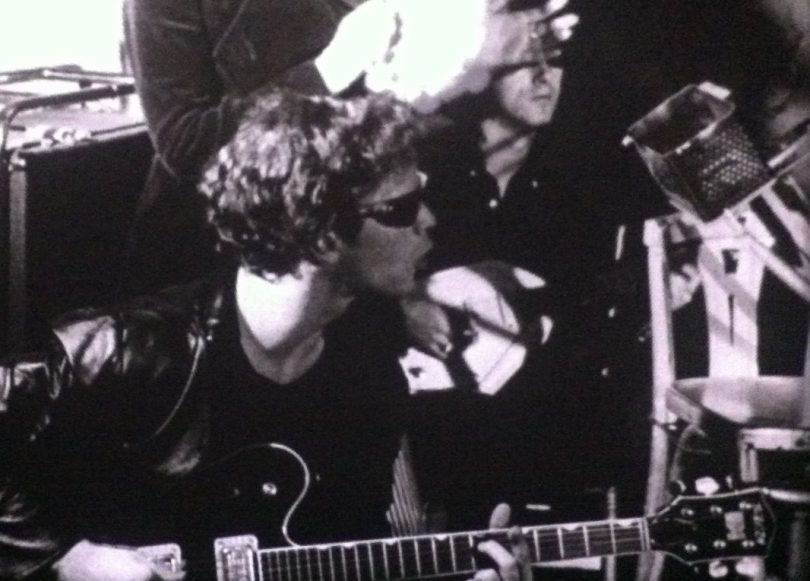 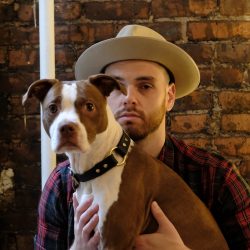 In April of 1966, Andy Warhol held the first of his now infamous Exploding Plastic Inevitable events at the Polski Dom Narodowy on St. Mark’s Place. A healthy buzz had already developed in the aftermath of January’s precursor event, Andy Warhol’s Up-Tight, which took place at a dinner for the New York Society for Clinical Psychiatry. At the Hotel Delmonico on Manhattan’s Upper East Side, Warhol had screened several of his films before appearing on stage with the Velvet Underground, Nico, Edie Sedgwick, and Gerard Malanga. The music had blared as Sedgwick and Malanga gyrated. The filmmakers Barbara Rubin and Jonas Mekas had shoved hot lights and running movie cameras into the faces of the hapless psychiatrists and their guests, asking questions like “Does he eat you out?” or “Is his penis big enough?”1 A few months later, a Village Voice advertisement for the St. Mark’s event beckoned readers with the tagline COME BLOW YOUR MIND.

Minds were blown. Among those minds was that of the poet John Ashbery, who was in the audience and had recently returned from 10 years in Paris. At the St. Mark’s event, the Velvet Underground thrashed away as Warhol projected films like Couch, Sleep, and Blow Job onto the bare walls three at a time. Malanga danced, as Martin Torgoff tells it, “shaking like a wet dog, with his peroxided hair, whirling flashlights and whip.”2 Completely overwhelmed by “the strobe lights and guitar feedback and biomorphic slide-projected shapes,” Ashbery burst into tears. “I don’t understand this at all,” he cried. The Fifties were over.3

This is one of dozens of arresting anecdotes from Daniel Kane’s “Do You Have a Band?”: Poetry and Punk Rock in New York City. A kind of sequel to Kane’s first book, All Poets Welcome: The Lower East Side Poetry Scene in the 1960s, “Do You Have a Band?” is a pioneering work of literary history that chronicles a period from roughly the mid-1960s to the mid-1980s when the line between poetry and Manhattan-based proto-punk and punk rock was markedly permeable. 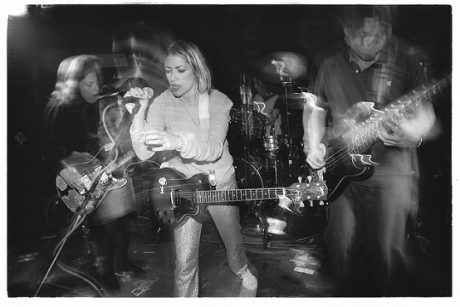 Countercultural musicians like Lou Reed and Patti Smith started out as poets. Later, poets like Eileen Myles adopted punk’s kill-your-idols attitude and turned it against first-generation New York School poets like Frank O’Hara and James Schuyler. It was a moment when poets and musicians published each other in the mimeographed magazines that circulated around Lower Manhattan, and it was hard to tell if a line like “I am the master of no art” was from a Ted Berrigan poem or a Richard Hell song.4

As Kane notes at the outset, it’s routine at this point to claim that artists like Reed, Hell, and Smith were “poetic” musicians. The idea of the punk as Rimbaudian poète maudit is a longstanding cliché. Anyone who’s interested in this phase of music history probably knows that Allen Ginsberg deeply influenced The Fugs, or that Television’s Tom Verlaine took his nom de guerre from, well, Verlaine. But what does this all really mean?

For Kane, one thing it means is that these poets and musicians treated poetry as a discourse rather than as a genre, something not simply written but lived intensely. Influenced by Beat poets like Ginsberg and first-generation New York School poets like O’Hara, these writers had little regard for the pieties of midcentury “academic” poetry. So for a young Lewis Alan Reed, the poetic world evoked by a book like Jack Kerouac’s The Subterraneans was far more influential than either the mainstream poetry or the popular music of the early 1960s as he worked toward becoming Lou Reed. “Drinking hard,” Kane writes, “having sex, talking all night long, smoking pot, shooting up, all of it poetry!” From the vatic debauchery of the Beats to the “polymorphously perverse texts” of the New York School, downtown proto-punk and punk were born of a “complex interplay between poetry, poetics, and music.”

Pushing back against this poetic community was just as important as belonging to it.

This spirit of intergeneric, interpersonal exchange is part of a broader phenomenon that Kane calls a “poetics of sociability,” which he elsewhere associates with the so-called “second-generation” New York School poets.5 The poems of the first- and second-generation New York School are replete with proper nouns because they chart and perform the social world from which they emerged. A significant part of that material world was made up of magazines, such as Richard Hell’s early ’70s Genesis: Grasp, in which the poets and musicians published each other’s poems.

Kane’s book is an impressive feat of archival research and synthesis, from typescripts to ephemeral little magazines to rare recordings, but the results of his excavations also show that pushing back against this poetic community was just as important as belonging to it. It’s an essential contradiction expressed by the chorus of Hell’s best-known song: “I belong to the blank generation, and / I can take it or leave it each time.” As Kane persuasively argues, Patti Smith’s rise from a denizen of St. Mark’s Poetry Project to the international rock star of her 1975 album Horses was a direct result of her decision to “leave it,” to reject the poetics of sociability inherent in the downtown avant-garde.

Kane’s book reaches its crescendo with a chapter on Eileen Myles, who fully embodies the synthesis of punk and poetry. While she is often held up as the exemplary poet of the New York School’s second generation, one of Myles’s early influences was the punk-inflected journal Koff, edited by Elinor Nauen, Maggie Dubris, and Rachel Walling. Here Myles and other readers could find news of The International Fuck Frank O’Hara Movement, which Kane reads as both a serious attempt to push New York poetry past O’Hara’s distinctive style and a complaint “about the very ease with which O’Hara’s style could be commodified and oversimplified.” 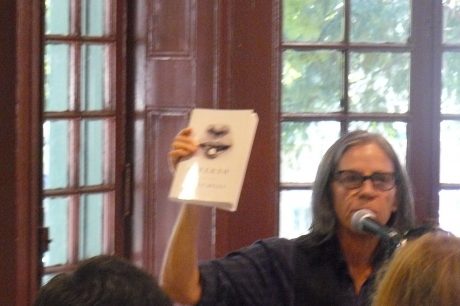 In this spirit, Myles turned punk’s destructive impulses against New York School poetics in order to reinvigorate a style that only 10 years after O’Hara’s death had already calcified. Myles even worked as James Schuyler’s caretaker and assistant in 1979, practically living with him in the Chelsea Hotel. They read each other’s poems. “I had massive respect for him. And it was reciprocated,” Myles has said. And yet Myles had little patience for Schuyler’s descriptive pastoral mode. “Spring truly sucks,” she wrote in one poem; “‘Tweet,’ another fucking bird.” Kill your idols, indeed.

Readers who pay attention to these sorts of things might notice that Kane has little to say about some major currents of recent poetry criticism. The first, represented by poets like Ben Lerner and Matthew Zapruder, addresses the question of why poetry matters in the 21st century. Why should we read poetry as the seas rise, the geopolitical landscape deteriorates, and so many other forms of inquiry seem more urgent? The second, taken up by scholars like Virginia Jackson and Jonathan Culler, concerns the ontology of lyric. What is lyric poetry and what sets it apart from other literary genres? These are vital questions that will continue to shape popular and academic criticism of poetry.

But Kane’s decision not to engage explicitly with these particular issues turns out to be a great strength of “Do You Have a Band?” Poetry unquestionably did matter to the people he writes about. And while it might be fair to ask what’s lost or gained when we read punk as poetry or poetry as punk, Kane doesn’t draw such a distinction. “Not me, not in this book,” he writes in his own act of punk refusal.

“Punk” is a notoriously hard thing to define, but even purists would agree that it involves a transgression of some sort. Cleanth Brooks and Robert Penn Warren probably wouldn’t have recognized most of the writing in “Do You Have a Band?” as “poetry,” but transgressing that boundary between “poetry” and “not poetry” was precisely the point for the poets, musicians, and poet-musicians we get to know over the course of the book. Following his subjects, Kane allows for an expansive definition of poetry, tacitly advancing the idea that poetry is not a set of formal values but whatever its writers and readers need it to be at a particular time. His writing is richer for it, and it will ensure that poetry, punk, and punk poetry remain consequential for years to come.

Featured image: a still from Nico and the Velvet Underground, a 67-minute film by Andy Warhol. Photograph by Jeffrey / Flickr 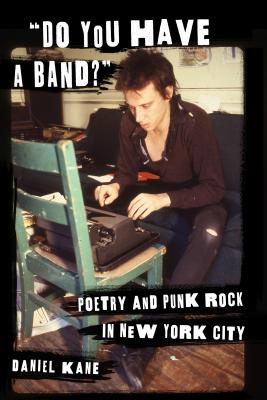 “Do You Have a Band?”: Poetry and Punk Rock in New York City