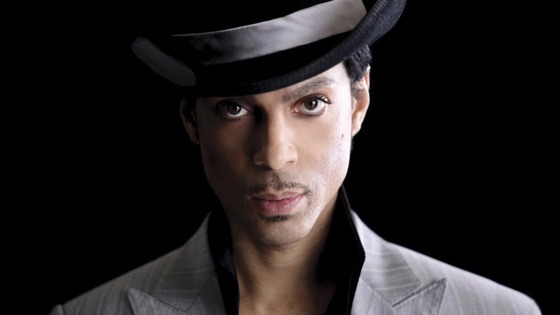 In the 1980s, in the shadow of AIDS, Prince (along with Madonna) brought post-disco polymorphous perversity to the mainstream. As Richard Kim beautifully put it in The Nation last week, “If you were a kid growing up in the ’80s—maybe let’s say you’re gay too. … On one side of your childhood, there is Reagan and AIDS and nuclear war and the yelling Christians. And on the other side, there is Prince.” Before he became a superstar with 1999 and Purple Rain, Prince was a strange teenage erotic imp from, of all places, Minneapolis; difficult to locate—musically, racially, sexually—and, to many, unsettling and obscene. “You can’t take his music seriously,” Rick James said in 1983 of Prince (who had performed as James’s opening act on an ill-starred tour). “He’s out to lunch. … He sings songs about oral sex and incest.” Critic Robert Christgau got in one of his most famous lines in a review of 1980’s Dirty Mind: “The kid sleeps with his sister and digs it, sleeps with his girlfriend’s boyfriend and doesn’t, stops a wedding by gamahuching the bride on her way to church. Mick Jagger should fold up his penis and go home.” Prince synthesized R&B/funk come-on, disco eroticism, and rock and roll guitar-hero sex appeal into a startling new form of pop-star charisma.

What was special about Prince’s erotic appeal was its generosity of spirit and its dizzyingly kinky broadcast, the way it offered itself up for our—for anyone’s—vicarious pleasure. A pop pornotopia that was often filthy, but too full of joy to be truly obscene. The gods of the rock era were sexual divinities, in relation to which we were all defined as supplicants (if not groupies). Prince took from disco and post-Stonewall gay sexuality a new democracy of erotic experience that he channeled into virtuoso pop. Take his first truly great song, “I Wanna Be Your Lover,” from his second album, Prince (1979).  It begins simply enough, as a joyful promise of orgasmic fulfillment: “I wanna be your lover / I wanna be the only one that makes you come running /… I wanna turn you on … / I wanna be the only one you come … for” (a significant pause between the last two words). Prince declares that he will crawl out of the radio into your, into everyone’s, bedroom and “make you shout / oh, lover!” Like most of the very greatest pop artists—and this is probably the key distinction between them and the merely extremely talented—Prince had a crazy ambition, from day one it seems, to transcend all divisions of genre, mode, radio format—to reach every listener.  To do this, he had to present himself, somewhat improbably, as a skinny 5’2” black kid from Minneapolis, as the world’s greatest lover. Prince’s polymorphously perverse sexuality was inseparable from his genre-busting musical syncretism and his overweening career ambition: all converged in an obsessive dedication to making everyone feel pleasure.

Returning to “I Wanna Be Your Lover”: after its opening, the song now takes a pretty strange, though (as we’d eventually realize) very characteristic, turn. “I wanna be your brother / I wanna be your mother and your sister, too.” Wait, what? 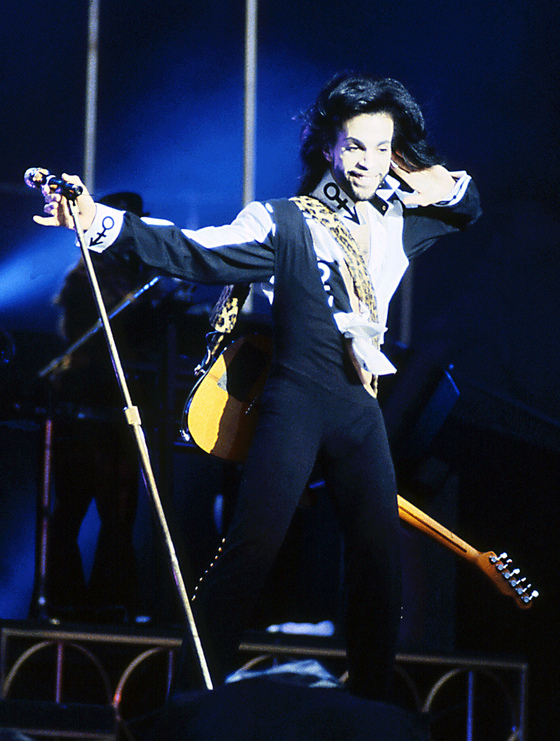 Prince performing during his Nude Tour in 1990. Photograph courtesy of jimieye/Flickr

Prince’s musical come-ons were propelled by the belief that a pop song could open a space, for singer and listener alike, in which identity and gender and desire and race all become fluid, expressive, chosen, performative.  By listening, we all, even the least beautiful of us, became Prince’s “pretty you,” and he ours. Take “If I Was Your Girlfriend.” This incredible song is a man’s fantasy in which he becomes his girlfriend’s girlfriend, and is thus able to fulfill her sexually in a way he imagines no man ever could. But sex is only part of it: “Would you let me wash your hair / Could I make you breakfast sometime / Or then, could we just hang out, I mean / Could we go to a movie and cry together?” What begins as a male Sapphic fantasy develops into a deeply romantic scenario charged with a longing for everything that reality, with its well-defined identities (remember this was the 1980s), usually precludes. “Would you remember to tell me all the things you forgot / When I was your man?” Prince’s music is a project of ecstatic de-repression. The songs offer a promise of fulfillment that begins in the erotic, but that insists that sex can open up every other kind of happiness too—eventually, for Prince at least, including the sacred: “Sometimes I trip on how happy we could be / Please?”

In high school in the early-mid 1980s, my BFF was (and still is!) George, a hyperactive, 5’7”, pudgy Greek-American punk rocker. George and I and our other nerd friends spent much of our time obsessing over obscure punk music that was prickly, determinedly insular, and, for the most part, girl-repelling. We all, however, recognized Prince as the transcendent pop genius of our time, and no one was a bigger Prince fan than George. He collected Prince’s 7”s and made mix tapes for me of the many incredible B-sides, songs like “She’s Always in My Hair” or “How Come U Don’t Call Me Anymore?” that appeared on no album for years despite being better than almost any other artist’s greatest hits. At parties, when a Prince song came on, and it always did—“1999,” “Kiss,” “When You Were Mine,” “Lady Cabdriver”—the party would gather itself around George at the center of the dance floor, this goofy teenager having been magically transformed by the music into a kinetically funky James Brown sex machine. For the next few minutes, all of the normative divisions between the cool and the uncool, the desired and the desiring, the good dancers and the wallflowers, temporarily dissolved for all of us. The erotic, bodily joy of Prince’s music was infectious, freely given, for everyone.

Sometimes I trip on how happy we could be. 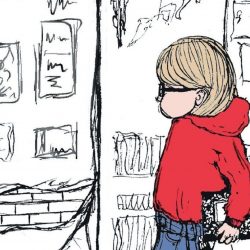