Ray Bradbury on War, Recycling, and Artificial Intelligence
One of the roles of science fiction is to provide readers with a glimpse of how ... 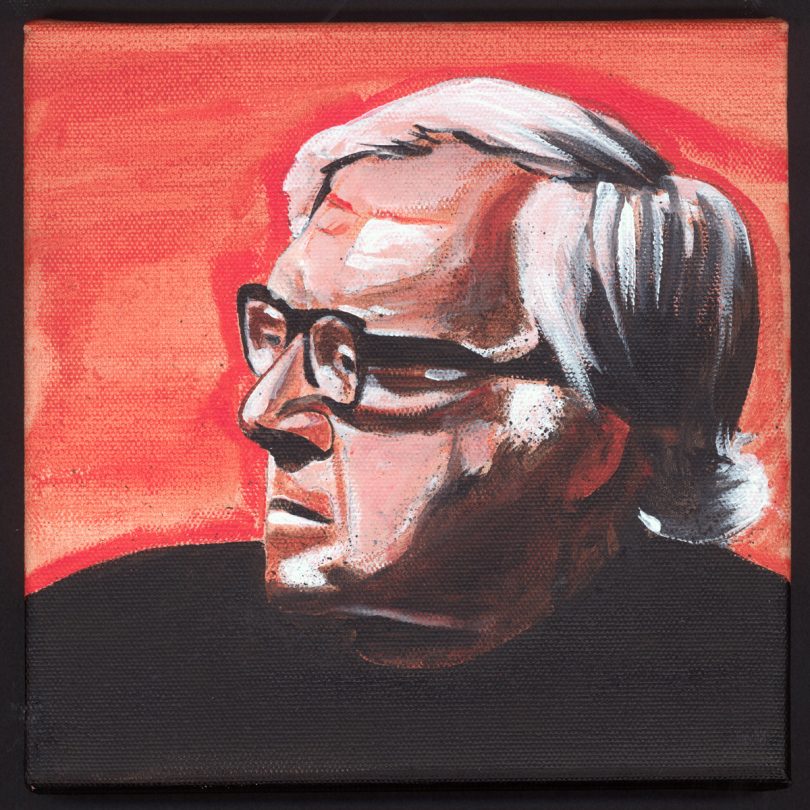 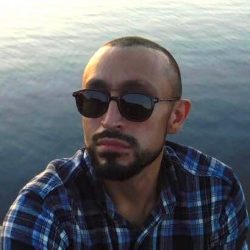 One of the roles of science fiction is to provide readers with a glimpse of how the future could be.1 Ray Bradbury didn’t get everything about the future right. We haven’t yet seen books and reading made illegal (as in his 1953 Fahrenheit 451),2 just as we haven’t yet discovered another planet ready for American colonizers (as in his 1950 The Martian Chronicles). And yet, the themes he explored in those books—mass media and censorship, colonization and environmental change—are more relevant than ever. Even in his lesser-known works—such as the 1951 sci-fi collection The Illustrated Man, Bradbury tackles a surprising array of issues that feel as if they were ripped from today’s headlines.

Readers today will find in The Illustrated Man a fresh perspective that illuminates global issues like artificial intelligence and climate change. Bradbury also engages with the political and cultural challenges of migration: specifically, the crossing of the US–Mexico border, which has received much attention since the dawn of the so–called Trump Era.

There’s a story in The Illustrated Man called “The Highway,” where Bradbury tells a tale about the beginning of an atomic war in the US. The war, however, is experienced through the eyes of a Mexican peasant, Hernando, who lives next to a highway in northern Mexico.

One day, Hernando glimpses a procession of hundreds of American tourists driving north to return to the US. They are heading home, that is, to join the fight in an upcoming atomic war. When the last car stops by Hernando, he sees a group of young Americans crying for help: their car needs water to continue their way back home. Right before they leave, the driver tells Hernando—who doesn’t know why all the cars are driving so fast or why these young Americans are so desperate—that the end of the world has finally arrived. Hernando doesn’t react to the young man’s confession. The car leaves. Hernando goes back to his rural routine, but suddenly stops to wonder: “What do they mean, ‘the World’?”

Here, Bradbury highlights the generational and cultural gap between the young Americans and the aging Hernando, who lives with his wife and works their land, recycling the automobile waste that travelers from north of the border leave behind. It’s a harrowing scene, but also terrifically realistic: it illustrates not only the clashing of multiple incompatible worldviews, but shows how all such worlds—even those seemingly distant from the centers of power—are threatened by contemporary global dangers. It’s moments like these that ensure Bradbury’s relevance even a hundred years after his birth.

Bradbury’s eye for contemporary troubles extends beyond the dangers of global disaster. In the prologue to The Illustrated Man, Bradbury introduces a character who has an existential problem: his torso is covered in living tattoos. Having the tattoos becomes a curse because the illustrations on his body acquire life of their own. The living illustrations unveil an ominous, even prophetic future for the person that looks at them. The Illustrated Man describes his curse:

So people fire me when my pictures move. They don’t like it when violent things happen in my illustrations. Each illustration is a little story. If you watch them, in a few minutes they tell you a tale. In three hours of looking you could see eighteen or twenty stories acted right on my body, you could hear voices and think thoughts. It’s all here, just waiting for you to look.

Today, there are fears that AI will permeate and disrupt the political organization of postmodern societies. For instance, AI can predict the affinities and choices of an individual based on the application of algorithms. What The Illustrated Man shows is the consequence of those predictions once revealed to ordinary people. The Illustrated Man, not without melancholy, says:

If I’m with a woman, her picture comes there on my back, in an hour, and shows her whole life—how she’ll live, how she’ll die, what she’ll look like when she’s sixty. And if it’s a man, an hour later his picture’s here on my back. It shows him falling off a cliff, or dying under a train. So I’m fired again.

In an article based on his book End Times: A Brief Guide to the End of the World, Bryan Walsh suggests that if a “super artificial intelligence” becomes able to disregard human values—while also increasing its intelligence—then humanity might end up controlled by a nonhuman entity with a vision of the future that does not adhere to the crucial ethical issues that societies are facing today.

The Illustrated Man, as Bradbury formulated him, can be read as a metaphor for the intersection between human values (the jobless fate of the Illustrated Man) and a superintelligence that determines human life through visual representations of the future (the living, prophetic tattoos). Most importantly, Bradbury’s story doesn’t prophesy the invention of this particular machine so much as it examines the ways in which humans would react to such an invention.

The fear that individuals will surrender their ethical compasses to technology is a constant specter in Bradbury’s stories. In The Illustrated Man, this fear is represented by the refusal of the characters to accept the futures that the “illustrations” predict for them. Bradbury’s Illustrated Man, and those around him, represent the ways that humans will struggle against—and violently reject—the enigmatic directives of any intelligence beyond our own, even if (as Bradbury notes) the intelligence is speaking truthfully.

Readers will keep finding in Bradbury’s tales about the future a contemporary interpretation of our everlasting fears about the end of the world, as well as a whisper of hope.

Where did Bradbury’s inspiration for these particular stories in The Illustrated Man come from? The clashes he foresaw in the future—questions of AI and global catastrophe, atomic war and border crossing—came from his own forays into Mexico in 1945.

In fact, Bradbury himself experienced the traumatic effects of crossing the US-Mexico border. Between October and November of 1945, Bradbury and his friend Grant Beach traveled from Los Angeles—across southern Arizona, New Mexico, and Texas—to Mexico City. On their way, they found swarms of locusts and other hardships familiar from news stories today. But what was most shocking and traumatic for Bradbury was that this trip into Mexico surprisingly challenged his own deeply held, exotic ideas about Mexican people,3 which he had acquired while growing up in East Los Angeles.4

While in Mexico City, Bradbury spent most of his time seeking out the murals of José Clemente Orozco, David Alfaro Siqueiros, and Diego Rivera. It is possible that Bradbury found inspiration for The Illustrated Man in these murals. The murals—perhaps what Bradbury saw as informative, or even prophetic, illustrations—represent past, present, and future Mexican society from a Marxist perspective, featuring people in motion with plenty of stories, colors, and historical clues (thus bringing to the audience a multilayered experience).

One of the most famous paintings by Siqueiros, Our Present Time, depicts a faceless man reaching with arms wide open to a space ahead of him, embracing an uncertain future. This is the very same fate of the Illustrated Man. Furthermore, many of the catastrophic themes that Bradbury engages with in The Illustrated Man are also present in these Mexican murals.

What future did Bradbury see for us? And did he embrace it? In “The Fox and the Forest,” included in The Illustrated Man, Bradbury sets his story explicitly in Mexico. The plot of the story is not complicated: William and Susan Travis are a married couple living in the year 2155.

That year is not a good time to be alive, since there is war, slavery, and a generalized social unhappiness. In order to escape from the apocalyptic 2155, the couple travel in time back to 1938 rural Mexico, where they believe that peace, simplicity, and happiness can be found. When it seems that they have been able to escape from their time, the 2155 police show up to take them back to the future, thus frustrating the couple’s escapade.

This narrative has a very pessimistic tone, evoking the nostalgia of older and happier times. Those from the future view our present as superior to their own time. Bradbury’s dark future, it seems, is unavoidable—even in our own present day.

More than 60 years ago, The Martian Chronicles (1950), Fahrenheit 451 (1953), and The Illustrated Man (1951) fascinated the young members of the generation growing up after the darkness of the Second World War, but before the new kinds of wars known to our own era. Now, as the 21st century unravels—with all of its challenges, technological dilemmas, and even proliferation of tattoos—Bradbury remains a fundamental figure of the sci-fi genre.

Bradbury had certainly not anticipated that by 2020 (like what Hernando does in “The Highway”) recycling was going to become a mainstream human endeavor, or that the US-Mexico border was going to catalyze many of the 21st-century anxieties about global migration and demographic explosion. And yet, his stories seem to rhyme with our own era. Readers will keep finding in Bradbury’s tales about the future a contemporary interpretation of our everlasting fears about the end of the world, as well as a whisper of hope.

In the epilogue of The Illustrated Man, the narrator sees his own death in one of the living tattoos: it is the Illustrated Man that chokes him to death. The narrator decides to run away from this terrible fate. In this age of global catastrophe, who doesn’t recognize the desire to run from such incontrovertible proofs of the world’s doom?

And yet, just like the world today, Bradbury too oscillated between utopia and dystopia. For every Illustrated Man shown running from his prophesied demise, Bradbury shows young people—like those whom Hernando couldn’t understand—charging home to meet a near-certain death. Bradbury’s work, ultimately, is for them: those readers who believe that science fiction is an effective tool to illustrate how the worst consequences of today’s global political decisions will be faced by future generations. 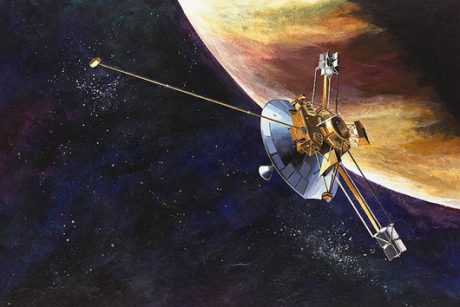 Young people are approaching an uncertain globalized future with plenty of possible outcomes, both dystopian and utopian. Nothing is simple: the technology that Walsh decries, the kind that the Illustrated Man fears, is even today becoming an effective tool for social mobilizations (let’s think about the protests, from Hong Kong to Chile, organized through social media). Meanwhile, today, we know more than ever that any fight for the future will require the work and sacrifice of the whole world: not just car-driving Americans, but people like Hernando, too. Clearly, even Bradbury can’t get everything right.

Perhaps, if Bradbury were alive today, he would ask young people: What role will you play, when my future comes crashing into your present?

This article was commissioned by Annie Galvin and Ben Platt.