The Big Picture: Criminalizing Immigrants
Peering out the windows of John F. Kennedy Airport in the early morning hours of January 29, 2017, I had hope for this country’s future on immigration policy. Hundreds of ordinary New Yorkers were ... 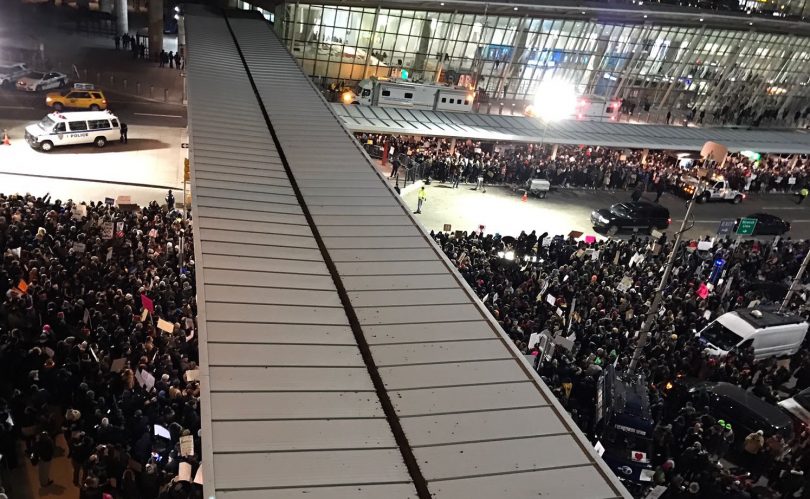 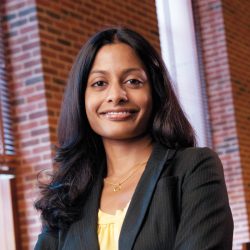 Peering out the windows of John F. Kennedy Airport in the early morning hours of January 29, 2017, I had hope for this country’s future on immigration policy. Hundreds of ordinary New Yorkers were still gathered outside the airport protesting the first iteration of President Trump’s Muslim Ban. Inside the airport, desperate but resilient individuals awaited news of their loved ones who had been detained. A US Army sergeant paced the terminal, concerned for his elderly mother who should have been permitted to enter as a lawful permanent resident. A cluster of university students gathered at the security barricades, looking for their classmate to arrive to resume her school year. An expectant father held his face in his hands, anxious for his mother-in-law to be released while his pregnant wife waited for them both in the hospital.

Mixed among all of these people were lawyers and advocates filing emergency petitions and attempting to persuade US Customs and Border Protection agents to comply with a federal court order, issued the previous day, that had put a temporary halt on the ban. As we settled in that evening to await daybreak and the hoped-for release of those detained, I could not help but admire the people inside and out of the airport who were willing to speak out against these anti-immigrant policies. President Trump’s “America First” platform somehow did not include us, but we were not willing to cede the American Dream to his discriminatory, anti-immigrant agenda.

A year after the 2016 election, it has become clear that the fight to protect immigrant rights will require us to sustain this high level of resiliency and advocacy for years to come, as President Trump’s anti-immigrant net widens. Each of Trump’s executive orders and pronouncements on immigration plays dangerously on powerful anti-immigrant themes. The Muslim Ban, first introduced as “Protecting the Nation from Foreign Terrorist Entry into the United States,” and reformulated several times since, relies on the idea that immigrants and refugees are terrorists.

Two other early executive orders, “Enhancing Public Safety in the Interior of the United States” and “Border Security and Immigration Enforcement Improvements,” treat immigrants and refugees as criminals. Most recently, the threats to Temporary Protected Status for over 300,000 immigrants who left countries decimated by civil conflict and natural disasters, and Attorney General Jeff Sessions’ announcement of the end of Deferred Action for Childhood Arrivals (DACA), the popular Obama-era program that granted nearly 800,000 young immigrants a temporary reprieve from the threat of deportation, have demonstrated that no group of immigrants is off-limits for President Trump’s deportation machine.

We must include every immigrant in our vision of immigrant justice.

The first and the last of the items on this long list of restrictionist moves—the Muslim Ban and the DACA rescission—have most captivated the public. These policy changes betray our core American values: the former by targeting people for their religious beliefs and abandoning our historic commitment to refugees, and the latter by targeting young people who honored their end of the deal by giving the government their personal data and pursuing education and work opportunities, only to once again face deportation. We must commit ourselves to the movements to end the Muslim Ban and to pass clean legislation that puts undocumented immigrants on a path to legal status without introducing additional draconian, anti-immigrant measures as collateral.1

But the middle set of executive actions—the ramping up of interior and border immigration enforcement—deserves equal attention and resistance from the immigrant rights movement. President Trump is dramatically bulking up what was already a massive deportation machine, and we are particularly vulnerable to entrenchment on these issues where the targeted population can be labeled “criminal aliens” and “border security threats.” After all, the Obama administration itself used these buzzwords to deport 3 million people from the United States while priding itself on its use of prosecutorial discretion to prevent deportation in some cases.2

President Trump has collapsed this limited system of prosecutorial discretion, expanding the notion of “criminal” to people with convictions no matter how minor or old, and even to those whom immigration officials deem to have committed a chargeable criminal offense in cases where no charges have been filed. Trump supports these policies because, as he said using openly racist rhetoric, he wants to go after the “bad hombres.”

As a law professor who studies the intersection of immigration and criminal law, and as an immigrant rights lawyer who defends the rights of all immigrants, I know how damning and disingenuous the divide between so-called “good” and “bad” immigrants is. The history of US immigration policy is a history of eugenics, white supremacy, and racist exclusion.3 The history of US criminal legal policy is a history of racism, white supremacy, and the reformulation of slavery and Jim Crow.4 Combining these systems—labeling someone a “criminal alien”—maximizes the flaws in both, and has a disparate impact on communities of color. 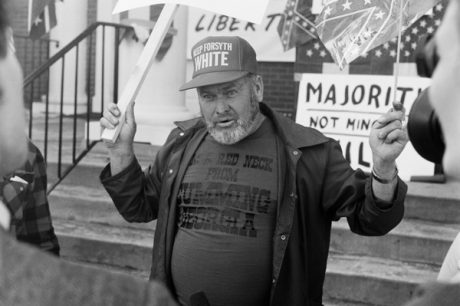 The Prehistory of the Muslim Ban

We are beginning to understand, from the fight against the “War on Drugs,” that associations of criminality and the accumulation of a criminal record often have more do to with race and class than a person’s actions. We are also beginning to understand, through the movement to end mass incarceration, that harsh punishments cause more problems for our country than they solve.

So too does the double punishment of deporting someone after they have already paid their debt to society for an old conviction. I know this because it is the lesson that people who have faced deportation as so-called “criminal aliens” have taught me. People like Warren Hilarion Joseph—a decorated Gulf War veteran and green card holder who was detained for over three years and almost deported for an old conviction for which he had already paid his debt to society.5 Only a lengthy legal battle—for which he had to rely on pro bono support and community resources, since there is no right to government-appointed counsel in such cases—prevented his deportation. Our government incarcerated him and sought to separate him permanently from his US citizen children. Why? What purpose would his deportation have served? What explanation would we have given his American children? Shouldn’t “America First” include them too?

I was reminded of the hypocrisy of the Trump administration’s arguments most recently at the start of the Supreme Court term, when our justices heard oral arguments in Jennings v. Rodriguez, a case that will decide whether immigrants like Mr. Joseph should have the simple right to a bail hearing while they fight their deportation cases.6 The attorney for the Trump administration argued that immigrants have no constitutional right to a hearing about the government’s justification for their detention. Indeed, he blamed immigrants for their own detention, asserting that the “alien always has the option of terminating the detention by accepting a final order of removal and returning home.”7

As an attorney for the ACLU pointed out in response, home is America for many of the immigrants who are detained and facing deportation—including the lead plaintiff in the case, Alejandro Rodriguez, who came to the United States as a one-year-old. Yet, to the Trump administration, immigrants are perpetual foreigners and law-breakers, undeserving of constitutional protections.

It should come as little surprise that President Trump wants to use every tool in his arsenal—starting with riffs on “criminal aliens” and “terrorists”—to defend a vast expansion of the detention and deportation system. He has singlehandedly revived the private prison industry, a major financial contributor to his campaign. Private prison corporations run 65 percent of immigration prisons, while another 25 percent are run through lucrative contracts with county jails.8

The history of US immigration policy is a history of eugenics, white supremacy, and racist exclusion.

In the waning days of the Obama administration, the Department of Justice announced that the Bureau of Prisons would begin phasing out its use of private prisons. An investigation was also conducted by the Homeland Security Advisory Council, which voted to move away from reliance on private prisons and county jails in the immigration detention context. These positions were reversed by the Trump administration within weeks of his inauguration, and as a result the stock prices for private prison companies have skyrocketed.9

We see this mentality reflected in the Trump administration’s most recent “principles” for immigration reform.10 In the name of fighting crime, Trump, advised by hardliners like Stephen Miller, has proposed policies that would put thousands of additional immigration officers on our streets and in our communities; financially punish cities and towns that seek to protect immigrants from the harms of our broken immigration system; build a wall around this country, expand policies to incarcerate those who cross our borders, and divide families and communities within our borders too. These are the policies—targeted at “criminal aliens” and “border threats”—where we have the most to lose, because for the most part they have been supported by Democratic and Republican administrations alike, allowing the immigration detention and deportation system to flourish and expand even as political winds change.

Just as people gathered on the streets to protest the Muslim Ban and the rescission of DACA, so too must we hold steadfast against the expansion of our immigration enforcement machinery. President Trump has managed to collapse US immigrant enforcement priorities for deportation into one large category that includes virtually every immigrant. So we too must include every immigrant in our vision of immigrant justice. Only an inclusive approach will allow us to move past the current hateful rhetoric of division and refocus immigration policy on human dignity, due process, and respect for all people.