The Big Picture: Multiracial Cooperation
During periods when people are beset with economic anxiety, they become more receptive to political messages that deflect attention away from the real and complex sources of their problems. To ... 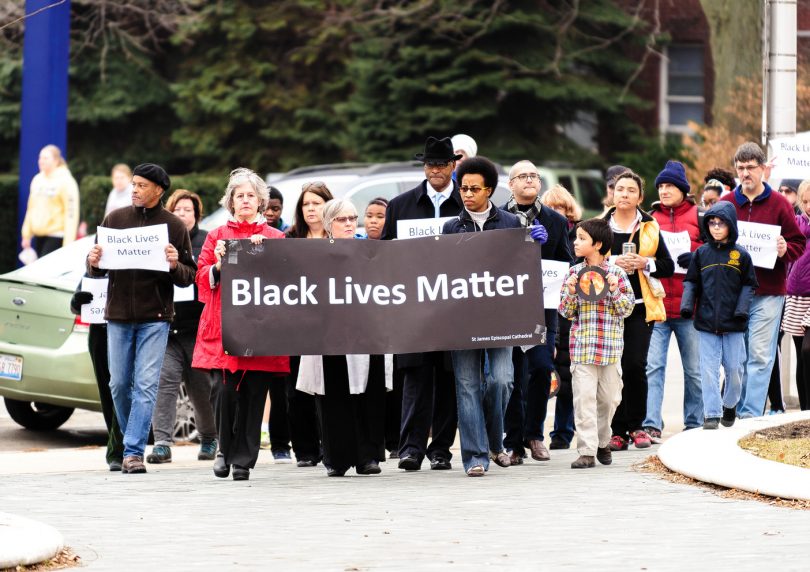 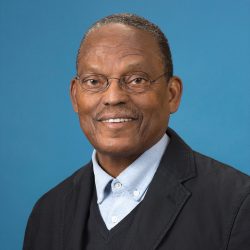 During periods when people are beset with economic anxiety, they become more receptive to political messages that deflect attention away from the real and complex sources of their problems. To counter this tendency, it is vitally important that political leaders channel citizens’ frustrations in positive, constructive directions. Unfortunately, in the past year and a half a mean-spirited and divisive rhetoric has instead been on dramatic display in the US, as Donald Trump and his surrogates exaggerate the “dangers” of immigration and the need to “build a wall” between the US and Mexico to curtail illegal crossings. In various speeches Trump has maintained that Mexican immigrants “compete directly against vulnerable American workers,” that they are “rapists,” and that they are “bringing drugs” and “bringing crime” to America. These contentious messages, and related negative narratives about the behavior and traits of people of color, seem to resonate with segments of the white population, especially those who are struggling.

Reflecting on studies that might shed some light on these developments, the social scientist Carol Graham deduced: “In the 2016 elections in the United States it was those cohorts who either have experienced downward mobility or fear it who supported a candidate proposing to build a wall, ban trade, and further divide society along racial and other lines.”1

Graham’s assertion was in part based on her analysis of Gallup Healthway’s national survey data from 2008 to 2013, which revealed that poor whites were the most pessimistic group in America about their future.2 A 2011 survey by the Pew Charitable Trusts’ Economic Mobility Project came to a similar conclusion in terms of non-college-educated whites.3 A majority of them reported that they didn’t expect their economic situation to improve in the next 10 years, and 43 percent said that they weren’t better off than their parents were at the same age; also, only one-third believed their children will live better lives than they do.

No other group in the survey—neither blacks, nor Hispanics, nor educated whites—reported such gloomy outlooks. Other research reveals that non-Hispanic white men and women with only a high school degree or less are experiencing marked declines in life expectancy due to increasing death rates from drug and alcohol poisonings, chronic liver diseases, cirrhosis, and suicide.4

More recently, an empirical basis for directly relating economic and physical well-being to political support for Donald Trump has been provided by Jonathan Rothwell and Pablo Diego-Rosell’s analysis of Gallup Daily Tracking survey microdata from July 2015 to October 2016, which included over 125,000 interviews.5 Although their results do not neatly link support for Trump with social and economic hardship, the data do clearly reveal that Trump supporters are more likely to reside in white, segregated enclaves with few college graduates, higher reliance on social security, higher rates of disability and middle-age mortality, and lower rates of intergenerational mobility.6 These findings lend support to the view that economic anxiety and distress among working-class or downwardly mobile middle-class white Americans are positively associated with political support for Donald Trump. 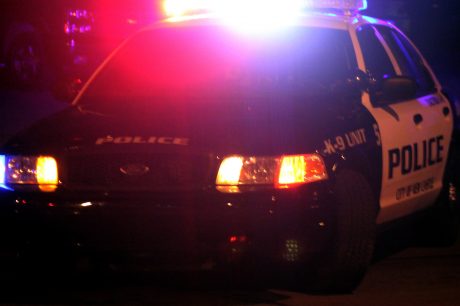 While Trump’s divisive populist messages seem to resonate with working-class whites, the voices of progressives, who are more likely to associate the problems of these citizens with complex changes in our global economy and with failed economic and social policies, seemed—with the notable exception of the Bernie Sanders campaign, which I will discuss below—to fade into the background and have hardly undercut the prevailing mean-spirited rhetoric.

In previous years, I was hopeful that a constructive dialogue would emerge on how problems of ordinary Americans can be addressed in an era of rising inequality.7 I highlighted concerns that the poor, working and middle classes of all groups share—including concerns about declining real wages, job security and unemployment, escalating medical and housing costs, the availability of affordable childcare programs, and pensions or retirement security. I also argued that programs created in response to these concerns, despite being race-neutral, would disproportionately benefit the inner-city poor, but they would also benefit large segments of the remaining population, including the white population.

I also pointed out that national opinion polls in the US suggest that careful framing of issues to address the problems of ordinary Americans could enhance the possibility of a new alignment in support of major social rights initiatives, such as universal health care, or childcare subsidies for working parents, or affordable higher education. If such an alignment is attempted, I reasoned, it ought to highlight a new public rhetoric that focuses on and addresses the problems of all groups, a public rhetoric that would accompany attempts to mobilize these groups through coalition politics. I stated that the framers of this message should be cognizant of the fact that “these groups, although often seen as adversaries, are potential allies in a reform coalition because they suffer from a common problem: economic distress caused by forces outside of their control.”8

In the age of Donald Trump, coalition building may paradoxically be less challenging than in the past.

This argument is being repeated by some observers in the US postelection analysis and debates, including those who maintain that the Democrats’ emphasis on identity politics—in attempts to mobilize people of color, women, immigrants, and the LGBT community—tended to ignore the problems of poorer white Americans.9 One notable exception, they point, out, was Bernie Sanders’s progressive and unifying populist economic message in the Democratic primaries, a message that resonated with a significant segment of the white lower- and working-class populations. However, Sanders was not the Democratic nominee, and Donald Trump was able to capture notable support from these populations with a divisive, not unifying, populist message.

The racial divide in America reduces the political effectiveness of ordinary citizens. That said, multiracial political cooperation could be enhanced if different groups focused more on the interests that their individual members hold in common, such as addressing economic insecurity resulting from political and economic forces beyond their control, and if they could develop a sense of interdependence.

Social-psychological research on interdependence reveals that when people believe that they need each other they tend to relinquish their initial prejudices and stereotypes and are able to join in programs that foster mutual interaction and cooperation. Moreover, when people from different groups do get along, their perceptions about and behavior toward each other undergo change.10 Under such circumstances, not only do the participants in the research experiment try to behave in ways that do not disrupt the interaction, but they also, when confronted with a given issue, make an effort to express opinions similar to those of others in the experiment.

This research suggests that factors promoting perceived interdependence include, first of all, making individuals and groups aware of common interests, norms, values, aspirations, and goals, and then helping them appreciate the importance of interracial cooperation to achieve them. So, the basic theoretical argument is the following: a necessary condition for the development of multiracial cooperation is perceived interdependence among potential participants, whereby members of a particular group come to recognize that they cannot achieve their common goals without the help of members of other groups. Visionary group leaders, especially those who head strong community organizations, are essential for articulating and communicating this vision, as well as for developing and sustaining this multiracial political coalition. 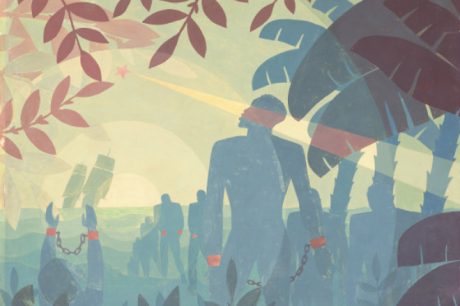 Rewriting the History of Racist Ideas

In the age of Donald Trump a situation may have been created, at least temporarily, wherein the framing of issues to identify and promote a common goal in coalition building is, perhaps paradoxically, actually less challenging. For example, a May 4 article in the Washington Post entitled “Turning Away from Street Protests, Black Lives Matter Tries a New Tactic in the Age of Trump,” stated that because of the election of Donald Trump, Black Lives Matter activists feel that they now have to enter a new phase, one that focuses more on politics than on protests. Based on interviews with more than a half a dozen leaders of the Black Lives Matter movement, the article reported that the election of Donald Trump has led them to shift their focus from street protest to joining others in a political coalition that would amass “electoral power to fight an administration that has pledged to roll back Obama-era efforts to reshape policing practice.”11

Another indication of the potential for such a coalition in the age of Trump is the successful grassroots organizing against the Republican-drafted health-care bill by groups such as the Center for Community Change, the West Virginia Healthy Kids and Families Coalition, and the Progressive Leadership Alliance of Nevada. The efforts of these multiracial coalitions, including their organizing in white working-class and rural communities, have resulted in a “sea shift in the underlying politics of health care.”12

These two developments suggest that conditions may now be particularly conducive for launching a progressive national multiracial political coalition not only to bring down the Trump administration, but to overcome the congressional gridlock that handcuffed Barack Obama. I would hope that potential members of this coalition (grassroots community organizations, civil rights groups, women’s rights groups, labor unions, and religious organizations) would recognize the true task before us, and begin developing interconnected local, regional, and national networks to enhance feelings of perceived interdependence, and thereby reduce racial and ethnic antagonisms, in the pursuit of highly valued common goals. 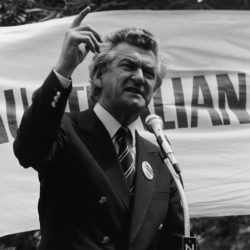