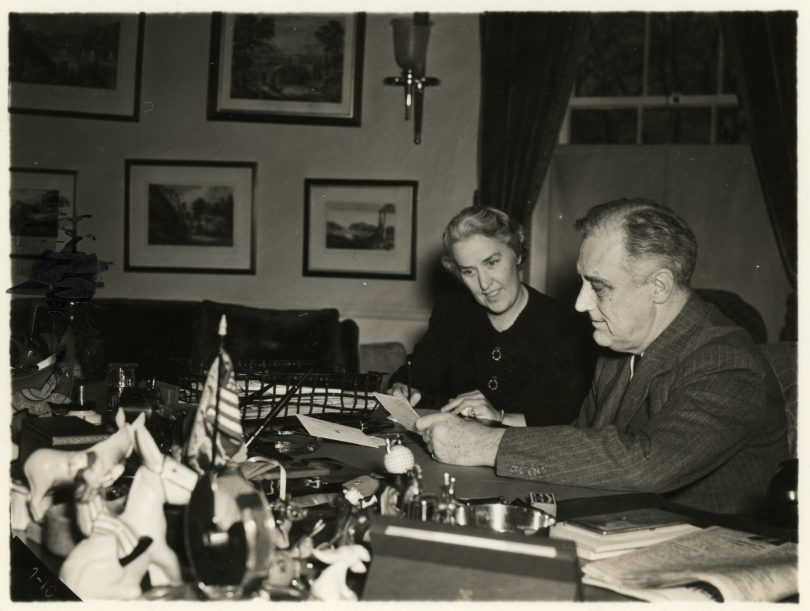 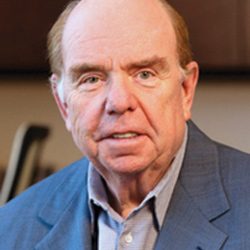 To borrow a phrase from his own reckless comment on North Korea, Donald Trump has debased the office of the Presidency to an extent “like the world has never seen.” His policies are capricious, often cruel, and potentially disastrous. But there is something rotten in the state of Trump that goes beyond even that. He is uniquely—among American presidents—unstable, small-minded, and malevolent. In this he has company in some past occupants of the Oval Office; unlike them, he has no offsetting merits on the other side of the ledger.

In reporting on his policies, the media continually heralds a pivot that might push this Frankenstein Presidency within shouting distance of normalcy. For months, every time someone wrote that Trump was pivoting, he usually turned 360 degrees. Then, in September, he made a deal with “Chuck and Nancy” on the debt ceiling that actually will cede real power to Democrats when the ceiling has to be raised again in a few months, with the country on the brink of a default that could trigger a global economic crisis. He also made half a deal on DACA and the “dreamers,” although his recent hardline demands likely mean that “bipartisan” dalliance may never be consummated.

The Wall Street Journal’s headline was typical: “Trump’s Pivot? His Job Is to Get Things Done.” The temptation to normalize Trump is understandable. No one wants a President—constantly shadowed by a military officer carrying the nuclear codes—who is preternaturally weird and provokes a Politico story entitled “When Aides Worry Their President Is Unhinged.”

It’s not that the Oval Office has invariably been the province of the levelheaded and the well-balanced. Lyndon Johnson may have been “paranoid” and “depressed,” with “an unfillable hole in his ego,” as his close aide Bill Moyers said. His successor Richard Nixon was not only corrupt, but indisputably paranoid, too, frequently perusing his “enemies list” and, in his final days, pumped full of pills, reportedly prowling the halls at night talking to the portraits of his predecessors. But Johnson and Nixon were at least competent—and in many ways well beyond simply competent; and while both protracted the catastrophe of the Vietnam war, each had masterful gifts that, in other arenas, led to historic achievements. 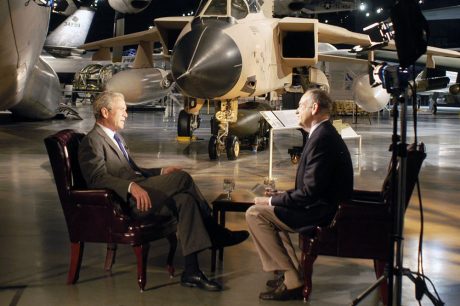 How Conservatives Waged a War on Expertise

Donald Trump has shown no evidence of any such compensatory talent. The pivots currently ascribed to him are almost certainly driven more by animus toward the Republican leadership of the Senate and the House than any thought-out strategy, and can hardly elide the substantive damage he has already inflicted on the nation and the world.

The seven months he has been in office feel like seven years or more: the Paris climate accord repudiated and environmental safeguards shredded; equal rights rolled back and voting rights threatened; consumer rights subverted and a hard-right ideologue appointed to the Supreme Court; the Muslim ban gleefully proclaimed in week one and relations frayed with vital allies like Britain and Germany. The list could go on and on, extending to the possibilities of collusion with Russia during the 2016 election, obstruction of justice, and financial dealings that violate the Constitution and the law.

I suspect all this will end badly—for Trump or for us, or more likely for both Trump and us. But even as this saga plays out, we know already that he has also inflicted less tangible but grievous wounds on the American spirit.

I have argued elsewhere that one standard of greatness in Presidents is whether they “define, redefine, and enlarge the scope of our national identity.” In modern times, Franklin Roosevelt, John F. Kennedy, and Ronald Reagan left indelible imprints on America’s conception of itself, lifting our vision of what we could and should aspire to. Even those who disagreed with Reagan on many issues cannot deny that at a troubled time he renewed the country’s confidence in itself. Kennedy not only lifted our eyes toward space, but, through establishing the Peace Corps and other programs, inspired generations of activism that have led America closer to fulfilling its ideals.

Trump not only debases the Presidency, but he deliberately sets out an ugly vision of a nasty, narrower America.

Other Presidents have also sought to meet this standard. It wasn’t the way to do it, but Nixon tellingly if awkwardly paraphrased Kennedy in his 1968 Acceptance Address when he celebrated “not what government did for people—but … what people did for themselves.” He inverted Kennedy’s meaning, but at least he tried. And at his best, Barack Obama succeeded, offering an eloquent and resonant narrative—indeed he embodied it—about the better country we could become.

Words have power—for good or ill. In his language and in his appeal to Americans’ darker impulses, Trump not only debases the Presidency, but he deliberately sets out an ugly vision of a nasty, narrower America, fearful of “the other,” intolerant and closing in on itself. His stubborn insistence that “both sides” were to blame in Charlottesville is a prime example. Whether he believes this, or whether he is attempting simply to satisfy the basest part of his base, what message does it send to soft-pedal a condemnation of neo-Nazis and white supremacists? What message does it send when he calls Mexicans “rapists” and then “bad hombres”—or when he mocks a disabled reporter?

The lies, the incitements, the demonization of the press and his opponents, the misogyny and xenophobia flow from Donald Trump in a tidal wave and could wash away long years of progress toward “liberty and justice for all.” Warren Harding, probably no longer at risk of being rated our worst President, once said: “I like to go out in the woods and bloviate.” Trump bloviates endlessly on Twitter; in 140 characters and in rhetoric that traffics in phrases like “American carnage” and “America first,” he invites people not to build a nation that is truly “great again,” but to retreat to a less grand and less decent land.

He expresses his anti-vision in an infantile vocabulary. Some conclude that this is a political advantage. MIT Professor Edward Schiappa, while arguing that Trump’s “words suggest a very simplistic mind that may not be up to the challenges of the presidency in the 21st century,” allows that his “plain style … probably accounts for Trump’s popularity among the less educated citizens who prefer the sort of simplicity we saw from George Bush.” But Roosevelt, Kennedy, and Reagan had no trouble reaching people—even those Schiappa calls “the less educated”—while at the same time inspiring hope and instilling a sense of honorable or even noble mission. Instead of speaking down to Americans, a President can lift them up. 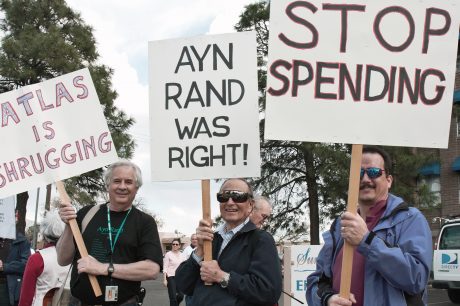 How Ayn Rand Got into the White House

So the response to Trump cannot be a descent to his level. His juvenile language of malevolence, his reactionary conception of America, must be answered with a language of ideals that speaks to our better selves and challenges the country to reach higher. Think of conservatives like John McCain, or like Nebraska Senator Ben Sasse, who never endorsed Trump in 2016 and recently rebuked him for “weaponizing distrust.” Or think of Democratic Representative Joe Kennedy III, who lit up social media recently when he told an audience in Austin, Texas: “This is our story, our message, our electoral strategy, and our moral responsibility. To rebuild a country defined by the decency it offers every proud man, woman, or child blessed to call this nation home. Where strength isn’t measured by who you prey on, but who you protect. Where greatness isn’t just a show of muscle, but of mercy.”

Whatever the daily twists and turns of this mad Trumpian misadventure, the challenge in response is to heed Lincoln and summon “the better angels of our nature.” This is essential to restoring and resuming the upward arc of the American journey. Over three quarters of a century, from FDR to Obama, it’s been the right thing to do—and more often than not, the right way to win.