The Big Picture: Unequal America
The US was once widely—and quite uncynically—viewed as a land of prosperity and opportunity. During the expansionary decades of the mid-20th century, it was treated as the world’s test case on the ... 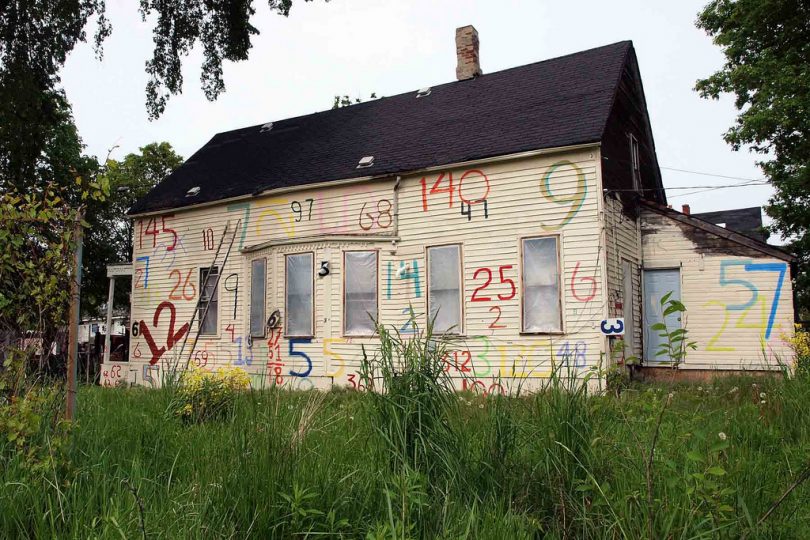 By Michelle Jackson & David B. Grusky

The US was once widely—and quite uncynically—viewed as a land of prosperity and opportunity. During the expansionary decades of the mid-20th century, it was treated as the world’s test case on the matter of whether capitalism, once properly tamed, could deliver prosperity and opportunity for all. Although no one imagined that the taming of capitalism would be easy or straightforward, there was at least widespread hope that the US could ultimately deliver the middle-class dream to many.

This benign vision of the future now seems rather quaint and has given way to various dystopian alternatives. What happened to old-fashioned American hopefulness? The simple answer: it’s hard to maintain hope when loss and decline are everywhere around us.1

We have become—in short—a land in which economic loss and decline are omnipresent. Although many workers continue to do well, most everyone hears stories of loss in the media or has children, parents, friends, or neighbors who have experienced loss.

How do we reconcile ourselves to loss? There are two characteristic reactions: we can turn inward and blame ourselves or look outward and blame others. It has long been thought that the first response, the self-blaming one, would become dominant in the US. In a classic satirical essay, the British sociologist Michael Young argued that those who lose out in a merit-based economy will have no choice but to blame themselves, as they will view the economy as a fair arbiter that delivers failure only to those lacking in talent or effort.6 It is, as Young put it, “hard indeed in a society that makes so much of merit to be judged as having none.”7 We are of course seeing much of this expected inward-turning behavior in the form of drug addiction, depression, and even suicide among populations that have been hit hard by loss.8

As Young argued, the self-blaming response should dominate in a society, like the US, that is presumed to dispense rewards and failure fairly. It is perhaps surprising in this context that the second characteristic response to loss, the outward-turning one, has also proven to be very popular. This is especially surprising because the loudest outward-turning voices are coming from those who have lost some of their former privileges rather than from those who continue to bear the brunt of discrimination and other unfair practices. The populist response doesn’t, then, stem from the view that our reform efforts have fallen short, but from the view that they’ve gone too far.

We are witnessing the beginning of a new era of high grievance, high conflict, and high ideology.

The same outward-turning response shows up in recent ethnographic research. In her already-classic study of populists in Louisiana, Arlie Hochschild shows that they subscribe to a “deep story” representing affirmative action, antidiscrimination law, and antipoverty programs as illicit sources of advantage for African Americans and immigrants.10 These various initiatives to rectify historic disadvantage are now represented as “overshooting the mark” and generating unfair losses among those who have long been advantaged. In this way, losses have been turned into grievances, albeit ones that rely on a misguided assessment of the extent to which government programs have reduced illicit inequalities.

The same narrative underlies populist objections to initiatives addressing gender discrimination and other gender-based inequalities. As but one recent example, a Google employee internally circulated a 10-page manifesto emphasizing the biological sources of gender inequality, replete with warnings that Google’s regulatory overreach is “unfair, divisive, and bad for business.”11

This “overcorrecting” metaphor even underlies populist objections to pro-trade regulation. The standard argument here is that the mounting deficit, rather than being attributable to fair and open competition, has been driven by unfair and uncompetitive rules that overcorrect for historical trade barriers and prevent the US from competing on fair terms. This position was adopted, for example, in Donald Trump’s campaign criticisms of “China’s outrageous theft of intellectual property, along with their illegal product dumping and their devastating currency manipulation.”12 It also appears in one of his early executive orders directing the Commerce Department to assess whether the country’s trade partners engage in “unfair and discriminatory trade practices,” such as non-tariff barriers, product dumping, and intellectual property theft.13

The resulting populist project thus has far more intellectual coherence than is sometimes appreciated. It proceeds from the consistently voiced view that historically disadvantaged groups and countries (e.g., African Americans, women, China) have unfairly benefited from new legal protections and regulations. These initiatives are represented time and again as overshooting the mark and providing unfair advantage to formerly disadvantaged groups. 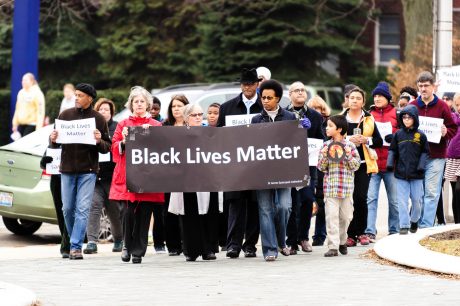 The skeptic might suggest that we are overstating the case. It might be argued that contemporary grievances are more directly rooted in simple racial, gender, or nativist animus than some intellectual rationalization to the effect that equalizing initiatives have “overcorrected.” There is of course no denying the role of animus. But an animus-only argument fails to appreciate that animus gains power when it’s wrapped in a sacred principle.

The sacred principle in this case: a commitment to restoring fair and open competition and allowing talent to carry the day. If one believes, as most US populists do, that whites, natives, and men are intrinsically more talented and productive, then their losses become prima facie evidence that recent initiatives have overcorrected and prevented true merit from prevailing. It follows from this logic that, by restoring fair and open competition, the intrinsic merit of whites, natives, and men will be properly revealed and again generate the higher pay and employment rates of the past.

This rhetoric matters deeply, because it allows underlying animus to be recast as an all-American commitment to fair competition. It is neatly packaged in a seductive story about overly aggressive reform efforts providing unmerited advantage to disadvantaged groups. According to Breitbart journalist James Pinkerton, the populists are in this sense just like the Silent Majority of the late 1960s, as both groups appeal to “the tenets of the American Dream” and feel that they’ve been “taken advantage of by others, mostly on the left.”14

The resulting populist backlash generates sharply defined groups locked in a zero-sum contest for resources and economic well-being. The very same losses that are viewed by one group as the result of regulatory overreach are viewed by the other as a wholly legitimate reduction in illicit privilege. The contest is energized precisely because each side has its principles.

This is surely not the “end of ideology” that Daniel Bell promised or the “end of history” that Francis Fukuyama described. And neither is it the individualized, unstructured, and nonconflictual society that other social commentators of the 1950s and 1960s envisaged. We are instead witnessing the beginning of a new era of high grievance, high conflict, and high ideology.

Is there a way forward? It might be thought that the only solution is to pull back on those various equalizing reforms that have closed inter-group gaps in pay, employment, and other outcomes. The standard case for pulling back is that, blinded by our reformist zeal, we have forgotten that those who lose out will not go quietly and will instead actively support populist movements that then undermine further reform. The only way to avoid triggering this populist reaction, so it’s argued, is to more carefully mete out reform.

This “go-slow” argument, typically marketed as properly pragmatic, is in fact highly unrealistic. Its key problem is that it’s impossible to defend a go-slow approach when discrimination and other illicit sources of inequality remain so profoundly large. Because it’s impossible to justify going slow, we cannot expect that women, immigrants, African Americans, and other long-disadvantaged groups will stand down merely because their more advantaged counterparts have become activated. It seems more likely that such resistance will only induce disadvantaged groups to redouble their efforts.

If going slow won’t work, is there some other way out? There is. It entails recognizing that inter-group comparisons become less pronounced when economic growth is widely shared. This approach doesn’t rely on wildly optimistic growth projections of the sort adopted in the current administration’s tax plan. It’s instead just a matter of ensuring that such growth as we now have is broadly shared via progressive tax policy and expanded social services. If growth were broadly shared, the pain would be eased, and zero-sum rhetoric would become less attractive. By sharing growth widely, everyone at the bottom would benefit, not just those who have lost out recently, but also those who have long been oppressed and disadvantaged. 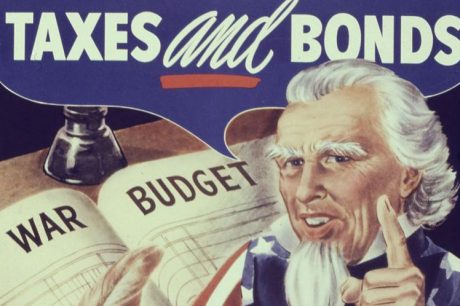 The simplest way to share the country’s growth more broadly is to introduce aggressively redistributive tax policy. As Emmanuel Saez and his colleagues have shown, the share of the country’s total growth that the poor and middle class are receiving has dramatically declined over the last 40 years, a state of affairs that could be instantly corrected with smart tax policy.15 It may not happen in this administration, but it should be the foundational plank of the next.

We are hardly the first commentators to advocate for a social compact founded on a commitment to broadly shared growth. It has not, however, been widely appreciated that a key benefit of such growth is that it disarms the purveyors of zero-sum politics and internecine conflict. It’s the oldest trick in the book to ramp up discontent by keeping income low, making the pain deeply felt, and triggering a search for groups who might then be blamed. We ought not fall for this trick.