The Big Picture
This public symposium is a collective effort to assess the rise of Trump and the impact of America’s unsettling turn toward authoritarian rule. It’s a call for us to pull back from the deluge of tweets … 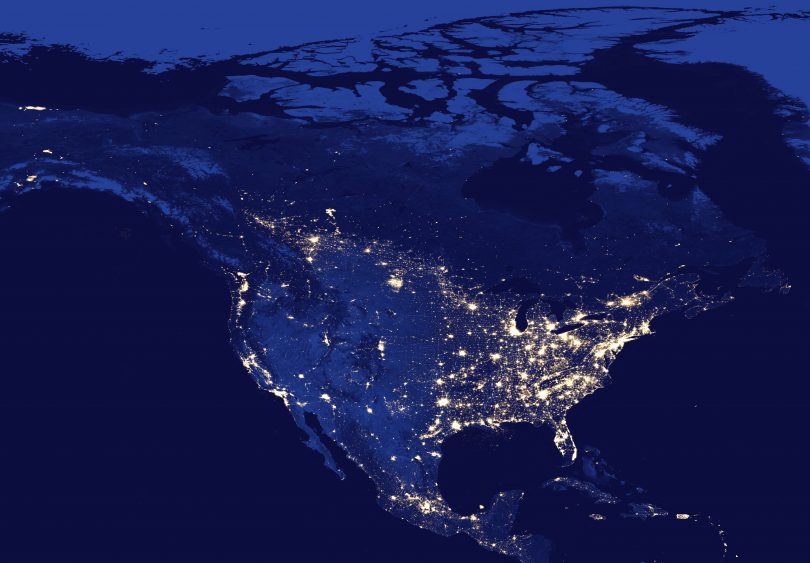 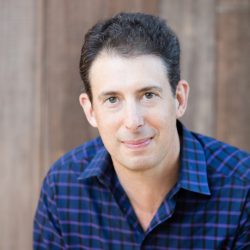 This public symposium, which I organized with Caitlin Zaloom and Sharon Marcus, is a collective effort to assess the rise of Trump and the impact of America’s unsettling turn toward authoritarian rule. It’s a call for us to pull back from the deluge of tweets and breaking news stories that turn each day into a political drama, to consider the big picture that’s slowly emerging from the dark places we inhabit today.

How did we get here? Decades of economic stagnation and rising inequality have rekindled support for antidemocratic political parties throughout the developed world. Nativism and ethno-nationalism, in various guises, have fueled the campaigns. In recent years, European nations seemed most vulnerable to authoritarian movements. But on November 8, 2016, citizens of the world’s strongest democratic nation elected a reality television star and real estate tycoon with authoritarian ambitions and no previous governing experience to be their president. It was, by any stretch of the imagination, an extraordinary leap into the unknown for America and, by virtue of its hyperpower status, for the rest of the world.

Donald Trump had launched his political career a few years earlier by questioning the citizenship of the nation’s first African American president, Barack Obama. He campaigned for office by promising to enact policies antithetical to open societies: curbing civil rights and liberties, including speech; building a massive southern border wall; limiting the franchise; imprisoning reporters; reducing oversight of police violence and the criminal-justice system; and allying with dictators and thugs. He was aggressively nativist, impugning the character of Mexicans and Arabs and denigrating Jews and blacks. He was unapologetically misogynist. He led rallies where he encouraged supporters to physically injure his political opponents. Trump’s supporters chanted: “Build a wall!” and “Lock her up!”

We are obligated to defend knowledge, facts, and reason. We are compelled to stand up for science, for humanistic values, and for the institutions that we’ve built to support them.

Trump demeaned government and the professional public servants who work for it. He pledged to blow up the system: terminating trade agreements and climate treaties, pulling back from international diplomacy, putting “America first.” He said he’d revive the moribund coal industry, return factories to the rust belt, let oil companies drill in the oceans, and rebuild a massive fossil fuel pipeline that his predecessor had rejected. Like Bernie Sanders, the surprisingly popular socialist candidate who nearly won the Democratic nomination, Trump championed those left behind by globalization, deindustrialization, and the financial economy. Unlike Sanders, though, Trump welded his populist message to an exclusionary, racist one, galvanizing the alt-right and other openly bigoted forces previously on the fringe of American life. What’s more, he did it dishonestly, by promising to restore a past that can never return—one that, in fact, never fully existed in the first place.

We went for it. Not all of us. Not even most of us. But you don’t get into the White House by winning the popular vote. You get there by winning the Electoral College, and Trump did, with a commanding margin. In January 2017, he became the nation’s 45th president. Americans, including many who voted for him, braced for the storm Trump would bring.

In office, as in the electoral campaign, President Trump has repeatedly attacked sacred Enlightenment projects, including science, journalism, and the relentless pursuit of truth. He has propagated misinformation, fake news, and “alternative facts.” He has advocated slashing public support for medical research, climate science, bench science, social science, the humanities, and the arts. He has ordered that vital research on health, the environment, and security be halted or revised. He has demanded that important public data be discarded and erased.

Trump is opposed to public knowledge and intellectual freedom. He demands strict loyalty and is against transparency. He has fired intelligence officials who have investigated his administration and his businesses. He has threatened media companies that dig for information that he’d prefer to keep buried, labeled journalists “the lowest form of life” and “enemies of the people,” and—in true authoritarian fashion—called for the termination of a reporter (one of many, but the most prominent African American female) who called him a “white supremacist.” He has established himself, his cabinet, and the government he leads as adversaries of reason.

Trump failed to take a strong moral stand against the alt-right as it has marched across the country, even after Charlottesville, when a white supremacist committed homicidal terrorism. He neglected to mobilize national resources that could have helped nearly two million American citizens who’d lost access to drinking water and electricity after Hurricane Maria, and insulted Puerto Rican political leaders who called for help. At the time of this writing, October 2017, it’s not yet clear where the moral bottom is, nor how adversarial to reason and repressive of dissent he will ultimately manage to be.

If Trump grows more vulnerable and unpopular, no one would be surprised to see him crack down on truth seekers—in the newsroom, the laboratory, the government agency, and the university as well.

There are some who claim that strong laws and institutions will sustain American civil society and uphold our democratic system no matter how aggressively the Trump administration tries to upend them. It’s possible, but Western history suggests that important social institutions, including religious organizations, journalism, the academy, and even the courts, can quickly fold beneath the pressure of a vindictive autocrat and his henchmen—particularly if the nation is at war with a foreign power or if a minority group is proclaimed an “enemy within.”

Today, at least, the demise of our major civic and legal institutions seems unlikely. Most Americans disapprove of the president’s performance. A special investigator is methodically examining the recent behavior of his family, business, administration, and campaign staff. He’s lost support from his own party, and is getting little legislation through Congress. Social movements are reawakening. There are protests everywhere.

Yet it’s hard to be confident that this situation will hold much longer. A war may be imminent, potentially one involving nuclear weapons that could reach America’s shores and cities. Mass deportation of undocumented immigrants, as well as the hundreds of thousands granted “temporary protected status” and living here legally over the past decades, is possible. So, too, is a vast expansion of our already-bloated penal state.

Trump is continuing to threaten journalists, civil servants, and opposition leaders, including Hillary Clinton. He has antagonized America’s closest and most trusted allies, from Great Britain to Australia, and undermined diplomatic ties with new partners, such as Cuba and Chad. He has warned North Korea that the military he commands is primed “to totally destroy” the entire nation, along with its 25 million people. He has bullied and embarrassed his own cabinet members, betrayed his most enthusiastic supporters. He has falsely equated murderous neo-Nazis with anti-racists, and his flirtation with white supremacists and undemocratic norms has put off even staunch conservative allies. If Trump grows more vulnerable and unpopular, no one would be surprised to see him crack down on truth seekers—in the newsroom, the laboratory, the government agency, and the university as well.

Trump is opposed to public knowledge and intellectual freedom. He demands strict loyalty and is against transparency.

No one knows which people and institutions will become Trump’s next targets, or whether his party and cabinet will support his brazen acts. Trump is vain, thin-skinned, and unforgiving. He invents history. He fabricates social facts. His list of enemies is long, and growing. And, as Americans learned while watching him boast about grabbing pussies, evade tax payments, fleece students, and refuse to pay his contractors: the man is ruthless. Whatever he can get away with, he will.

Starting on Monday, October 9, we will publish, daily and in serial, original essays by some of America’s leading scholars. Our contributors, who come from different academic fields and bring a diversity of perspectives, will cover a wide range of topics: race relations, civil rights and liberties, international law, religion, protest and dissent, crime, inequality, immigration, sex and gender, climate change, education, science policy, diplomacy, nuclear conflict, national security, gun control and violence, class and culture, reproductive rights, health care, and the media, among others.

Our hope is that each daily offering sparks deeply informed, carefully reasoned debate about what President Trump, and the radical political project he is advancing, means for America’s democratic experiment. Together, as we approach the one-year anniversary of what may well be our most consequential election ever, we want to examine what’s at stake.

Here is a list of contributors and the topics they will address in their essays. Please help us spread the word.

Robert Shrum on denigrating the presidency

Linda Gordon on the status of women

Steven Lukes on charisma and power

Michèle Lamont on recognition and respect

James Morone on health and healthcare

David Henkin on Jews and Trump

Douglas Massey on race, history, and the confederacy

Daniel Aldana Cohen on the politics of energy

Geraldo Cadava on the Wall