The Future of Scalia’s Originalism
Speculation about Justice Antonin Scalia’s legacy has quickly gravitated to the staying power of his originalist approach to constitutional interpretation. Whether it will ... 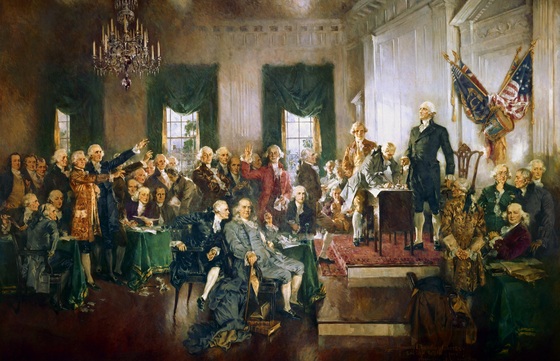 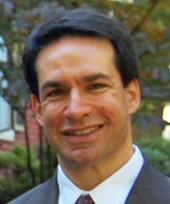 Speculation about Justice Antonin Scalia’s legacy has quickly gravitated to the staying power of his originalist approach to constitutional interpretation. Whether it will long outlive him is hard to predict, however, because that approach itself is so hard to pin down. An interpretive method that offers to make sense of the Constitution by looking at the text’s original meaning, Scalia’s originalism nevertheless treats some aspects of textual meaning as so self-evident that no historical inquiry is required.

Scalia’s remarks about his free speech jurisprudence point to some of the incoherencies in his theory. His commitment to originalism, he once explained, led him to rule that flag burning was a form of protected speech in spite of his distaste for the defendant’s conduct. But, as one of my teachers in law school observed, no one takes an originalist view of the First Amendment: the speech protections we now take for granted did not become core guarantees until the early 20th century.

Scalia presented originalism as a restrained approach to constitutional interpretation that looked to the objective meaning of the Constitution’s language. The aim was to prevent judges from drawing on contemporary social norms or inferring underlying values from the text, both of which Scalia regarded as ways of applying the judge’s own preferences. By relying on the meaning the words had at the time they were written, judges would avoid the dangers of these subjective approaches and instead adhere to a democratically legitimate role.

It took Scalia some time to arrive at this version of originalism. He contrasted it against the theory of “original intent,” which urges that judges look to the founders’ own understanding of their words. That theory has provoked widespread criticism because it raises so many difficulties about how to get at the evidence of intention. It also raises problems for the populist disposition that Scalia affected, since the evidence might lie in various niches that are not readily accessible to the public (such as historical archives). He developed “public meaning” originalism as the answer to these problems: by looking to the understanding of “ordinary citizens in the founding generation,” judges could fulfill their responsibilities in a democratically legitimate fashion while also limiting themselves to more publicly available sources. Where the text alone did not resolve the question, one could resort to other legal texts and dictionaries from the era when the provision was drafted.

If the turn to “public meaning” represents a defense of populist values, however, it does so by assuming away some of the historical details that are meant to justify this approach. Consider the majority opinion in District of Columbia v. Heller, in which Scalia ruled that the Second Amendment protects individual rights to gun ownership. He arrived at that view by treating the grammatical question at the center of dispute as a matter of common sense rather than one requiring historical inquiry.

Scalia’s method is one that even an intelligent high school student can wield effectively, turning the historical inquiry into a matter of common sense.

“A well regulated Militia, being necessary to the security of a free State, the right of the people to keep and bear Arms, shall not be infringed.” Scalia begins by observing that this sentence “is naturally divided into two parts: its prefatory clause and its operative clause.” Although his opinion abounds in references to historical sources, none are cited to justify this way of framing the analysis. The sentence self-evidently (“naturally”) consists of a “prefatory” and “operative” section—labels that have already begun to decide the very question they supposedly serve only to introduce. “Logic demands” that the two parts be linked somehow, but since the opening is merely “prefatory,” it turns out not to limit the conditions of gun ownership. The opening merely “announces the purpose for which the right was codified” without restricting that right.

Scalia considers various sources, such as state constitutions, political writings, and dictionaries, to shed light on the words in the Second Amendment, but those inquiries allow him to ignore the evidence of a group of “Professors of Linguistics and English” on the very point at issue. Their brief focuses on the first part of the sentence, which they describe as an “absolute construction” that modifies the next part rather than merely introducing it. According to the linguistic historians, “any competent English writer at the time” would have taken that verbal formulation to function causally—that is, to set out the rationale for the next part. Their brief, like Scalia’s opinion, offers numerous historical examples, except that their examples illustrate grammatical use. Since the dispute turns at least as much on grammar as on lexical meaning, one might expect an inquiry into “public meaning” to attend to both. Ascribing his own grammatical assumptions to “ordinary citizens in the founding generation,” Scalia solves a key problem in the case by placing it outside the scope of analysis.

Scalia’s method is one that even an intelligent high school student can wield effectively, turning the historical inquiry into a matter of common sense. However, Scalia argued for the democratic legitimacy of his method by insisting on its attention to historical detail, giving the imprimatur of historical accuracy to a meaning gleaned from the intuitions of a modern jurist. The legacy of such a method is anyone’s guess.