The Price of Great Art
When someone who made good art is accused of being a Bad Mother, can she ever be remembered as anything but a Bad Mother? In 1992, Mann’s book Immediate Family tapped into collective anxiety ... 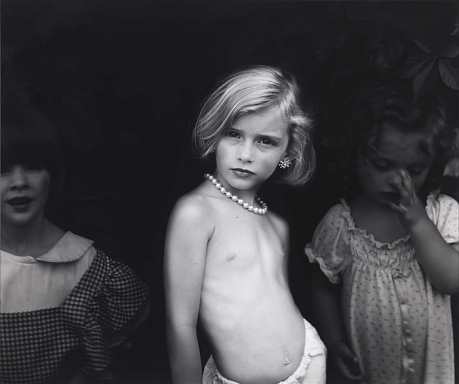 But when someone who made good art is accused of being a Bad Mother, can she ever be remembered as anything but a Bad Mother?

In 1992, Mann’s book Immediate Family tapped into collective anxiety about child pornography and made her the most notorious art photographer of her generation. The book has since become a classic in the history of photography, and a milestone in the history of childhood. Mann’s memoir proves, however, that there is more to her career, and more to a relationship between life and work, than maternity. Most of the gorgeously crafted black-and-white analogue photographs she has created since the 1970s have been about places haunted by death, not about children. And what kind of mother could have produced Immediate Family belongs within a larger issue. Or that, at least, is what Mann’s memoir stretches our minds to consider. Extraordinary artists, even when they are mothers, Mann reveals, require personal sacrifice from those around them, as well as from themselves.

On the surface of her story, Mann writes with rollicking good humor. Spry prose takes us through Mann’s own life and the wilder episodes of her family history: paid adultery here, murder and suicide there. Pictures of various sorts, mostly snapshots and documents, are frequently interspersed, providing a perfect counterpoint to the rhythm of the text. This unusual format, to publisher Little, Brown’s credit, is so much more appropriate to the story of a visual artist than a separate section insert of pictures on glossy paper would be.

There’s plenty of verbal and visual humor in this memoir, laced throughout with an abiding attachment to the Southern landscape in general, and one farm in particular. Mann is especially good at evocative lists. Early in the book, a long list of memorabilia implies the photographs that have made her most famous:

Snapshots, of course, by the thousands, but also letters, science fair exhibits, entubed diplomas, the remains of a costume in which Jessie dressed up for Halloween as a blade of grass, snarly-haired dolls, the sawn-apart cast from Virginia’s broken leg when she was six, paper dolls with outfits still carefully hooked over their shoulders, report cards, spangly tutus and soiled, hem-dangling pinafores, receipts, a box of broken candy cigarettes, bank statements, exhibition reviews, a trunk of dress-up ball gowns, tatty Easter baskets still bedded with a tangle of green plastic grass, two pairs of Lolita sunglasses, their plastic brittle and faded, and the section of Sheetrock cut from the kitchen of our old house on which the heights of our children were penciled each year.

Despite the many excurses, Mann keeps returning to one theme: her father. It begins with the book’s cover photograph, which he took, of Mann leaping into clouds. Mann’s father, an iconoclastic doctor, led an aesthetic life, though he never practiced an art professionally. The book’s climax arrives when Mann ponders his role in her life: “Am I suggesting here that I was born to redeem my father’s lost artistic vision, the child destined to make the art that he was unable to make…Maybe I am, and maybe I was. God knows I have tried.”

Into the narrative thread of Mann’s father, the intellectual moral hero, Mann spins herself as born rebel, and her mother as abject foil. Towards the end of her memoir, Mann describes how she emulated her father’s fascination with death by doing a photographic series on decaying bodies. In the process, she compares a cadaver she photographed, called Tunnel Man, to her mother: “The furiously churning maggots over the necessary six-second exposure gave Tunnel Man a beautiful diaphanous veil over his ruined features…He was so much less painful to be around than, say, my then-living mother, lying on her back in the retirement home, tears leaking from her eyes, her face balled up with fear.”

This is the kind of moment that makes us realize how tough Mann’s message is, not because of the superficially gruesome details, but because of its underlying ruthlessness. The historically specific form this ruthlessness takes is for the daughter to be repelled by the mother in order to identify with the father. Mann’s unconscious honesty, however, makes us realize art uses whatever historically specific form presents itself. Ultimately, Mann’s father is almost as subordinated to the story of her work as her mother, though differently. She succeeded where he failed. She made the kind of photographs he could not.

Artists like Mann are miraculously able to suppress genuine scruples and guilt. Otherwise, they would not be able to defy convention the way they do. Or concentrate. Good art requires a mind that operates continuously below please and thank-you, below obligations and errands. As Mann puts it: “in that ardent heart there must also be a splinter of ice.”

The catch is that society still has a low tolerance for splinters of ice in the hearts of women. Maybe there can be exceptions, but not if they are mothers. Mann had three children, and they posed for her most controversial photographs. Those pictures of her own children contradicted sacred stereotypes of sweet, cute, miniature innocence, wreaking on the history of childhood what we now like to call creative disruption. It hurt. Even now, Mann cannot escape the demonization visited on Immediate Family. When the New York Times excerpted Mann’s memoir, the excerpts concentrated on Mann’s admission that her photographs of her children had unpleasant consequences.

Since when did anyone challenge Manet’s art because he was a Bad Father? Or Picasso’s? I cringed when Mann pleads her case, listing the lunch boxes she packed, the recitals she attended, the miles of hair she braided. I didn’t cringe because I agree or disagree with how Mann defines a Good Mother, but because she has been obliged to defend herself. We may or may not feel that art is worth a personal price. Whichever way we swing, let’s put selfless maternity among the prices that might be paid,.

If we could, finally, stop putting maternity in a sacred obligations category of its own, we could learn from Mann’s memoirs that she is a person whose priority has been her work. The most enduringly important parts of Mann’s memoir are not about scandal. They’re about technical and aesthetic difficulty. Her bravest passages are not the ones about naked children or maggots, but the ones about failure and drudgery. In one sequence that every student of art, or maybe of anything, should read, Mann presents ten attempts that preceded a perfect shot. She explains clearly what was not right about the composition or the light or the pose of the bad ten. We hear sometimes that flashes of inspiration are overrated, but rarely is that demonstrated for us as Mann does here.

Every once in a while, as Mann quotes herself writing in an 1987 letter, “there is a sudden, almost outer-space-like quiet…These moments nurture me through the reemergence into the quotidian.” It never gets easy.  Mann groans: “The new work has none of that apparent effortlessness, the after-the-fact infallibility that the old work so confidently glories in. No, the new work is always intractable, breech-presented, mulishly stubborn, and near impossible to man-haul into existence.” Or, as Mann noted on the envelope of a negative: “THIRD fucking printing: If I ever have to print this goddamn picture again, heaven forbid, watch contrast/darkness in lower half…”

Beyond a personal explanation of where her photography came from, certainly beyond a defense of her controversial photographs, Mann’s memoir reminds us that anything worth accomplishing demands some exceedingly hard work.

Hold Still: A Memoir with Photographs