The Regency Romance Hoax
Georgette Heyer is one of the most beloved romance writers. She is also one of the most reactionary. Her impact on the genre of Regency romances is ... 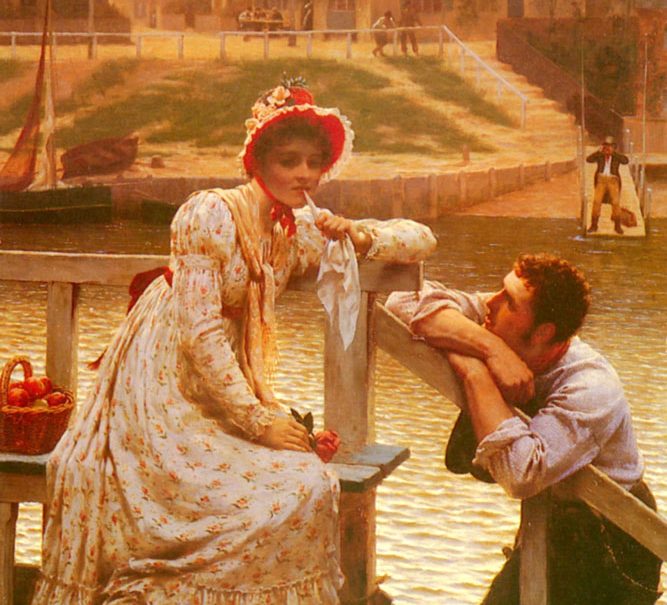 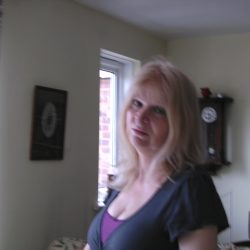 Georgette Heyer is one of the most beloved romance writers. She is also one of the most reactionary. Her impact on the genre of Regency romances is indisputable; Pamela Regis in A Natural History of the Romance Novel says that Heyer’s “influence is felt in every historical romance novel written since 1921.” That influence has pushed “Regencys”—that is, romance novels set in early 19th century England—toward a static vision of the past: one in which conservative hierarchies and gender roles are celebrated, and the inequities of Regency society are seen through a roseate lens.

Born into a middle-class family in England in 1902, Heyer wrote novels set in Jane Austen’s era, filled with details of upper class life, earls, and balls. Heyer’s evocation of an earlier time was deliberate; she bitterly resented the rise of democracy and the social safety net. “I am getting so tired of writing books for the benefit of the Treasury,” she complained typically, “and I can’t tell you how utterly I resent the squandering of my money on such fatuous things as Education and Making Life Easy and Luxurious for So-Called Workers.”

Wishing to write serious historical novels, but obliged to keep writing her bestselling Regency romances to support the upper class life style to which she aspired, in her novels Heyer transforms the Regency era into an artificial Golden Age.

Heyer’s fans defend her works as “harmless escapism.” Yet is so pervasive and reactionary a version of a historical era harmless in its influence?

Heyer’s imaginary world may be amusing, even beguiling, but it little to do with the historical reality of that era of social turbulence and change—no more than has the world of Bertie Wooster and his friends in the Drones Club to that of the early 20th century. Hopefully, few people would confuse the world of Bertie Wooster with historical reality. However, because of her thorough research on the Regency’s current events, topography, literature and, especially, the lifestyle of the upper class, Heyer’s depiction of the Regency UK is frequently held up as a standard of accuracy to emulate.

The American Regency romance writer Maggie Mackeever, for example, admits that Heyer’s Regency world never existed, but urges novice writers to “Immerse yourself in Georgette Heyer … Lots of people have written about Regency England since, but no one has done it as well. Read until you have the era fixed clearly in your head. Then sit down and start to write your own story.”

Heyer’s Regency population consists of the aristocracy and gentry, their devoted retainers, some vulgar, socially aspiring merchants, a handful of comic rogues, and a backdrop of contented peasants. That is hardly representative of the United Kingdom in that era. Heyer’s readers are encouraged to imagine themselves to be one of the 1.5 percent of the population comprising the gentry; or even as a member of one of the families of the approximately 300 titled men out of a population of maybe 9,000,000.

Of course, historically aware readers distinguish between “Heyer’s Regency England” and historical reality. However, many others do appear to believe that they can learn about history through the Regency romances. This article is typical. The poster discusses Heyer’s description of the Battle of Waterloo in the least “fluffy” of her “Regencies,” An Infamous Army, oblivious to the fact that Heyer’s emphasis is almost entirely on the officer class.

This obsessive focus on this tiny upper class goes arm in arm, unsurprisingly, with a strong status quo bias. Heyer’s untamed heroines and wild heroes are all rebellious and wild within a very narrow range, before they are reincorporated into society.

One example of this ‘conservative resolution’ is her 1959 novel The Unknown Ajax. Lord Darracott’s heirs have died suddenly and accidentally. His relatives are appalled to learn that as a result, his grandson through a misalliance with “a weaver’s daughter” is next in line to the title.

This grandson is Major Hugo Darracott, veteran of the Napoleonic Wars, a seemingly uncultured giant with a broad Yorkshire accent. He has no valet and dresses unfashionably. Lord Darracott wishes to civilize him and marry him to the heroine Anthea, who is appalled.

Hugo horrifies the family by reminiscing about being “transported” and living in a hovel with a mud floor—only to reveal that he is referring to his army experiences. Later, he admits that his mother was in fact the heiress to a wealthy mill owner, while he attended the prestigious Harrow School. He confesses to Anthea that he adopted that Yorkshire dialect to tease. He promises to show Anthea’s younger brother Richmond all of the manufacturing processes. In this era, mills employed children as young as five in appalling conditions, but the humane Hugo seems unperturbed by this detail.

Heyer here does a clever sleight of hand: Hugo appears to threaten the status quo, but his true attraction is that he does not trouble class hierarchy at all. When a blacksmith from a family with “subversive” ideas—depicted as wholly contemptible—forces his way into the mansion, in what is presumably meant to be a parody of revolutionary uprising, it is Hugo who throws out his “filthy carcase.” Anthea and all the family are finally won over when Hugo saves Richmond from the law when he is shot in a smuggling venture. Here, he is shown to have a greater respect for the law than his grandfather, who has turned a blind eye to local smuggling.

Heyer’s aristocratic bias, and that of many of the Regency romances written in emulation of her style, is thrown into sharp relief by Jo Baker’s novel Longbourn. A 2013 revisiting of Pride and Prejudice—from the point of view of the servants—Longbourn depicts the hard facts of their lives, the bedrock on which the gracious living of Austen’s characters depends.

Baker’s heroine, Sarah, like Hugo in The Unknown Ajax, comes from a “family of weavers.” That family’s fate is tellingly different from that of Hugo’s relatives. Beggared when their village is destroyed through enforced enclosure of the land, they have to put Sarah in the workhouse, later to be sent to work as a housemaid.

Heyer’s imaginary world may be amusing, even beguiling, but it little to do with the historical reality of that era of social turbulence and change.

The life of unrelenting toil of the servants is brilliantly depicted. Much of it is sordid drudgery. Unlike Heyer’s heroines—whom Heyer herself commented “Lived only from the waist up”1—the females in Baker’s novel menstruate, entailing unsavory washing. The family’s chamber pots have to be emptied. In the daily round of unceasing labour, a few moments of stolen happiness are a delight.

In Heyer’s novels, the ugly aspects of life in the Regency UK—poverty, disease, filth and feces in the streets; public torture and death, massively high infant mortality and the low status of women—are ignored. With the exception of some ridiculous subversives, everyone is content with his or her lot. Injustice and misery are rarely portrayed, and when they are, they can be put right by some charitable works.

Heyer’s fans heatedly defend her works as “harmless escapism.” Yet is so pervasive and reactionary a version of a historical era harmless in its influence?

Heyer has for too long been viewed as Austen’s successor. Hopefully, novels like Longbourn will inspire talented writers to abandon the weary clichés of “Heyer’s daughters” in Regency romance, and to aspire to follow Jo Baker’s example in writing about the real Regency England—that of the working people.