What It Feels Like When Your World Ends
The increasingly popular genre recently christened “cli-fi,” or climate change fiction, tends to move from the outside in: as the environment deteriorates ... 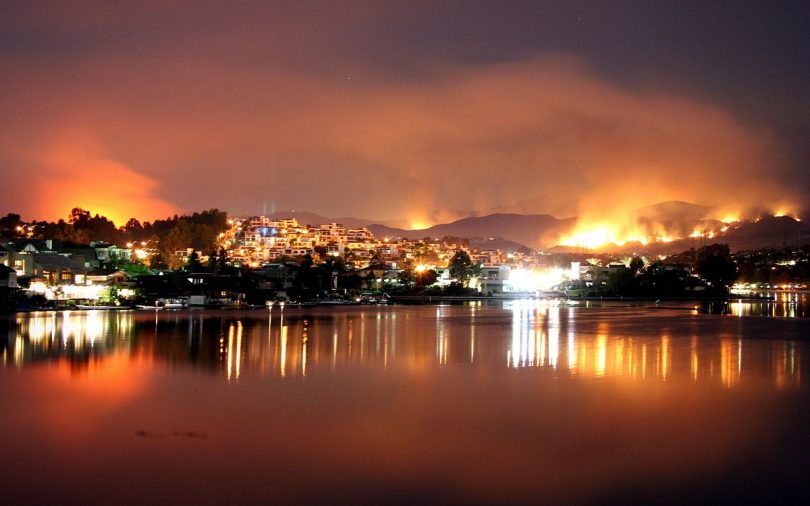 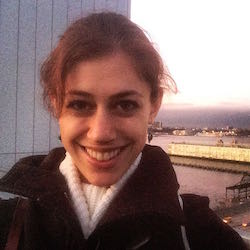 The increasingly popular genre recently christened “cli-fi,” or climate change fiction, tends to move from the outside in: as the environment deteriorates, readers watch the cascading effects on nations, communities, relationships, individuals. This is generally the point of cli-fi—to subvert what many environmentalists see as the dangerous overprivileging of the human, to begin with ecology as the first principle. For instance, in Paolo Bacigalupi’s The Wind-Up Girl (2009), climate change’s exacerbation of economic inequality motivates all of the book’s multiple plotlines, with characters resisting corporate monopolies on scarce energy and food resources. Even more dramatically, in Kim Stanley Robinson’s Science in the Capital trilogy (2004–7), the catastrophic climate events triggered by global warming prompt radical reactions from American scientists and politicians. Black Wave, Michelle Tea’s new novel, inverts this pattern.

It’s certainly a tale of environmental catastrophe. California stops granting driver’s licenses after gasoline runs out; the trash-clogged Pacific emanates a “murderous steam”; superstorms and tsunamis loom; and pollution has decimated even those parts of “nature” to which urbanites are accustomed. (As we are told in one particularly eerie scene, “The walls of the sushi restaurant were marked with broad Xs over fish that had gone extinct.”) In the face of these threats, humanity self-destructs in mass waves of suicide.

Yet the environmental catastrophe of Black Wave is never framed as a realistic consequence of particularly destructive human actions. Instead, it operates as a surreal projection of emotional decrepitude, decline, and collapse—John Ruskin’s pathetic fallacy, expanded to encompass the entire globe. In other words, Tea’s novel is a meditation on what it feels like when your world ends, a catastrophe that radiates from the personal to the political to the planetary. More broadly, it’s a provocative, genre-bending experiment in how to tell any story—apocalyptic or otherwise—in a way that is emotionally, rather than factually, true.

The turn to apocalypse may seem unusual for Tea; she is best known as a memoirist, having published five books in that genre. However, Tea has made her mark across and beyond genres: she has written three critically lauded young adult novels (two laced with fantasy) and a book of poetry, edited several feminist anthologies, cofounded the queer spoken-word collective Sister Spit, and founded Bay Area literary nonprofit Radar Productions. Black Wave brings elements from all of these projects together. It is a memoir, a novel, an image of San Francisco’s lesbian community in the 1990s, a postadolescent bildungsroman, and a foray into the apocalyptic-fantastic; its protagonist is, alternately, the book’s actual author and a fictionalized, alternate-universe version of Tea that goes by the same name.

The novel is divided into two parts: San Francisco and Los Angeles. In the first, we follow Michelle’s life in the Mission District in the late 1990s as she fumbles through a jagged series of relationships, nurses habits ranging from alcohol to crack to heroin, and alternately builds and doubts her career as a memoirist. Two relationships in particular take center stage. The first is with Andy, an improbably stable and kind older woman who cooks at an AIDS hospice, keeps Michelle fed when she would otherwise plummet drunkenly into an all-liquid diet, and is “attractive in the manner of an old-fashioned movie star.” Michelle and Andy are in “a messily open relationship, one in which the boundaries were never fully articulated so could never be fully broken”; they circle, resent, and sometimes share each other’s lovers before collapsing and reuniting in fits of jealousy. Their relationship implodes when Michelle takes up with Lucretia, a drug-addicted teenager to whom Michelle awards first prize at a youth poetry-slam championship. Tea is unsparing in her account of the pain this relationship causes Andy, and after a wild night that leaves Lu crashed out in Michelle’s bed and Michelle standing in a puddle of vomit on the street, Andy leaves with a parting salvo: “Don’t you ever fucking write about me!”

Can we afford, in the Anthropocene, to turn apocalypse into allegory?

Soon after, Michelle departs for Los Angeles, where the world she has carefully built for herself crumbles in rhythm with the more dramatic deterioration of the earth itself. As Michelle gets sober and struggles to rebuild her identity as a writer now that she has determined to move beyond memoir, the environment collapses. What seemed in the first few pages of the novel to be a slight exaggeration of urban pollution is revealed to be a full-bore ecological catastrophe, taking the last vestiges of social order with it and prompting an onslaught of suicides that dramatically thin the ranks of humankind. Michelle isolates herself in the used bookstore where she works, one of the last survivors to avoid entirely losing herself to drugs or diving headlong into the new End of Days phenomenon of lucid communal dreaming. As the world ends, Michelle mellows, accepting the love that has come her way as well as the love that she would have come to know had the world not ended. In a surprisingly traditional conclusion, she finally decides how to shape the story that she has been struggling to tell; the novel ends not as the world explodes, à la Lars von Trier’s Melancholia, but rather as Michelle types the first few lines of Black Wave.

This ending is fitting for Black Wave, which is less about the literal end of the world than about how the end of the world becomes an objective correlative for ruptures large and small. Andy’s final line—“Don’t you ever fucking write about me!”—is the real catastrophe at the center of Michelle’s life, because it forces her to abandon everything she might most readily have claimed for the purposes of storytelling. Both the fictional Michelle of Black Wave and its actual author struggle with the ethics of memoir, wondering how to write about yourself without exposing and almost certainly hurting those whom you love. In this sense, Black Wave is a particularly self-reflexive entry into the genre of autofiction: a postmodern memoir that obsessively draws the reader’s attention to the differences between Tea’s real life and Michelle’s experiences, a story that both depends on and disdains truth.

Part of the pleasure of Black Wave—especially, but not exclusively, for those familiar with Tea’s previous work—comes in tracing each fictionalized character and event back to the details given in Tea’s multiple published memoirs. A long-term ex is fractured and hidden among several disguised lovers, for instance, while Tea’s partner is inserted into the story years before the two would actually meet, a self-administered lifeline to the lonely and flailing Michelle. As the novel becomes more reflexive, some of these changes are explicitly noted by the characters. In one surreal sequence, a teenage stranger tells Michelle that she has learned to “hack” everybody’s lucid dreams and can tell them what their lives would be like in the alternate reality in which the world weren’t ending—the reality, in other words, in which Tea is writing. 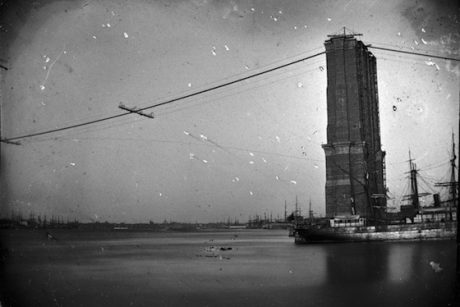 These metafictional notes prompt the uncomfortable desire to attach a metaphoric meaning to every break from reality. Indeed, characters themselves give into this temptation at times, as when Quinn—an edited but recognizable version of Tea’s actual partner and co-parent, Dashiell—wisely observes that the end of the world is “like a metaphor for the end of love.” It’s not inaccurate, but if it were all so easy to resolve, Black Wave would read as a parlor trick: fun to decode but easily forgotten once mapped onto documented reality. What makes Tea’s newest work so profound is the irreducibility of these metaphors. Yes, the end of the world is “a metaphor for the end of love,” but in Black Wave, apocalypse stands in as well for getting sober, for growing up, and for looking back at an era and a set of experiences that (thanks to the ravages of time, gentrification, and heteronormativity) can never quite be reentered.

The drama and ambition of these apocalyptic allegories are what make Tea’s novel so compelling. Yet they are also what occasionally make Black Wave uncomfortable to read in a moment when environmental catastrophe looms. Environmental disaster hasn’t been framed in unapologetically psychological terms since J. G. Ballard’s The Drowned World; Ballard published his work in 1962, the same year that saw the release of Rachel Carson’s Silent Spring and the dawn of the environmental movement. Tea published Black Wave the same year that an international panel of scientists officially recommended that the term Anthropocene be adopted as the name for the current geological age—the year that the indigenous residents of the Isle de Jean Charles in the Louisiana bayou became the first designated American “climate refugees,” receiving federal relocation funds to move from a sinking island. In other words, in 2016, climate catastrophe is most accurately understood not as a metaphor for heartbreak, but as a lived, dangerous, and possibly fatal reality.

Black Wave addresses the ethical dilemma of memoir with clear, unflinching compassion, proving that Tea is up to the challenge of writing one that doesn’t rely on other people’s pain. Yet its solution to this dilemma—the use of environmental apocalypse as metaphor—opens up a parallel ethical quandary: is it possible to write cli-fi without instrumentalizing the suffering of others? Can we afford, in the Anthropocene, to turn apocalypse into allegory? Tea’s novel so self-consciously invites scrutiny of Michelle’s selfishness that the question feels less accusatory than participatory. Indeed, in its high-octane tinkering with reality, Black Wave not only sets a high bar for postmodern memoir, but also exposes the risks of being so recklessly self-centered—both for individual characters and for the species itself. 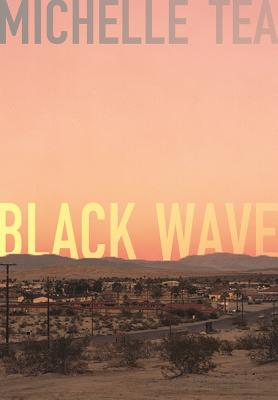