A Brief History of Women Accepting Oscars
From the comfort of the couch, the Academy Awards hold a perverse attraction. What will fall flat more often: the dreadful jokes, or the award recipients as they clamor up the stairs to claim their ... 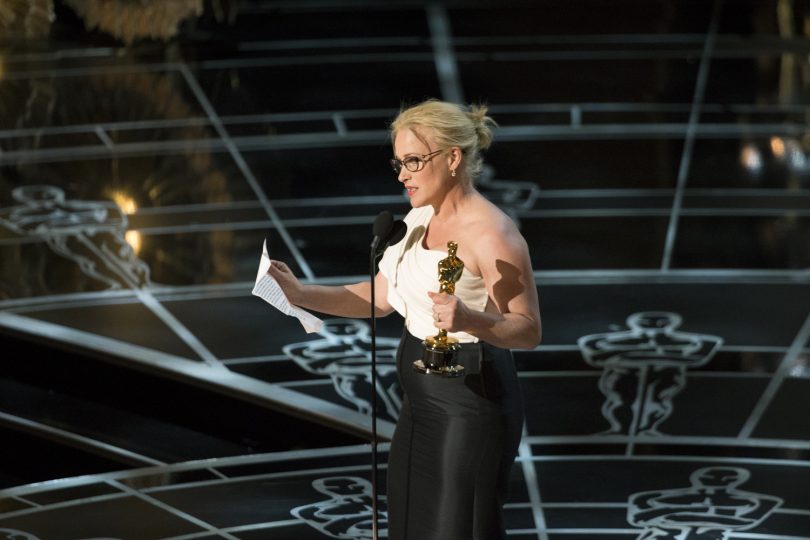 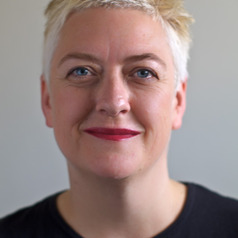 From the comfort of the couch, the Academy Awards hold a perverse attraction. What will fall flat more often: the dreadful jokes, or the award recipients as they clamor up the stairs to claim their prize? How far will the host go in biting the hand that feeds? How bright the teeth, how lofty the cheekbones, how stiff the lips? And the most mesmerizing distraction of all: who will undo a carefully manicured career in just a minute or two of badly played speechmaking?

Oscars speeches are a genre unto themselves. They have become so formulaic that multiple “Academy Award speech generator” websites now flourish, not as a service for nervous nominees but for an increasingly cynical audience to play around with their expectations. As amusing as these sites are, however, they don’t really capture the nuances of execution that have come to characterize an Academy Award acceptance.

Consider the differences between the way men and women rise (or don’t) to the occasion. According to the data analysts, more than twice the number of men (27 percent) revel in their victory, hoisting the statuette skywards when they arrive on stage, compared to women (only 13 percent). Women, it seems, prefer to clutch politely at success.

Officially, the lucky winners are allocated 45 seconds to speak before the play-off music swells around them. On average since 2000, men and women alike take up just under two minutes of stage time. But their speeches are significantly different. For example, actresses typically start by thanking the Academy (much more often than actors do), and they generally thank more colleagues. They are also more likely to remember those who supported them in building their career, at a time prior to their award-winning ways.

In the history of Oscars acknowledgements, the figure of Meryl Streep looms large. Over the past 10 years, awards recipients have thanked her more often than God. She has been nominated more times than any other actor (19) and is the winner of three Best Actress awards (1980, 1983, 2012). According to Wikipedia, through the course of her career to date, she has accumulated some 157 awards from 409 nominations. The New Yorker waxes lyrical over the “art” of a Streep acceptance speech, declaring that it merits its own award:

elegant, loopy, cunningly self-aware, and impeccably delivered—in short, everything you expect from a Meryl Streep performance, condensed to three minutes. Where else can you see fake humility, fake gratitude, and fake spontaneity delivered with such aplomb?

So it’s no surprise that Streep is a dab hand at awards ceremonies. Even when she’s not on the stage she’s the center of attention—as Patricia Arquette discovered last year. In 2015 Arquette won not only an Oscar, but also a Big Moment, when she used her acceptance speech to advocate for equal pay for women.

Her speech was in part an answer to a preceding controversy, in which screenwriter and producer Aaron Sorkin argued in a leaked email that, “year in and year out, the guy who wins the Oscar for Best Actor has a much higher bar to clear than the woman who wins Best Actress.” Sorkin’s comments themselves came after other leaked Sony Pictures emails revealed that actresses earned significantly less than their male costars.

Arquette was also channeling a long line of Women Who Make Statements at the Oscars, from Vanessa Redgrave’s infamous remarks about “Zionist hoodlums” and Elizabeth Taylor’s call for compassion in reaction to AIDS to Jane Fonda’s nod to disability-access issues, Halle Berry’s amazing women-of-color oration, and one of the most disturbing and layered Oscars speeches of all, Sacheen Littlefeather declining the Best Actor Oscar on behalf of Marlon Brando.

In using her own meager allocation of celebrity minutes to draw attention to a systemic political problem, Arquette was giving up her personal moment onstage in favor of other women. Fatefully, her temporal generosity was later criticized for not being broad enough. Arquette was roundly condemned for her claim that it was now time for all other social movements to take a back seat to wage equity for women.

In any event, Arquette had already been upstaged from the audience by none other than Meryl Streep—whose energetic, arm-pumping approval was perfectly, pithily timed for social media formats.

Timing and timeliness play an important role in how we understand the performance of success, especially in the media industries. And again, the gender distinctions are stark. Looking at all the Oscars results through to 2012, the average Best Actor winner is 8.1 years older than the average Best Actress nominee. Not surprisingly, given the paucity of roles for older actresses, as they get older, their chance of being nominated for or winning an Academy Award diminishes at a much sharper rate than actors. The most common Academy Award–winning age for Best Actress is 29; in the Best Actor category, the most frequently recurring age for a win ranges between 38 and 49.

For the global audience, too, the Academy Awards are a complex web of chronologies. The delayed telecast of the Oscars here in Australia, for example, typically produces a multitude of time-related anxieties. Appointment-based viewing of “live” global television events has always been problematic for those of us not physically (in the) present. To The Smiths’ lyrical question, “How soon is now?,” the answer in Australia can usually be found prosaically, by consulting the TV schedule. Here, the “now” has a duration defined by the precise temporal variance between an event and its subsequent appearance in different forms of locally accessible media. This lived sense of the past being another country, which also happens to be the country you live in, was especially pronounced before the mid-1990s when the Internet began delivering spoilers to Australia at computational speed.

In 1994, the Academy Awards held greater interest than usual in Australasia. In this particular year there were “locals” in the running. Jane Campion’s The Piano was nominated for eight Awards, including the elusive nod for Best Director. As only the second woman to be so nominated and the first New Zealander–Australian, anticipation across the Antipodes ran high.

And yet we lagged. Living our lives in another kind of time. Hanging onto imagined hopes, clinging to our practiced astonishment for the longest period possible. How would The Piano and, more specifically, the (mostly) women who made it, perform on the night? How might a film that distinguishes a woman’s speaking voice from her mind’s voice navigate a night entirely devoted to speechmaking? Would Jane Campion’s path to the podium reveal that, in addition to her evident accomplishments, she had also mastered the art of playing Jane Campion, in the way that someone like Meryl Streep has?

On this particular Monday evening in Hollywood (or Tuesday afternoon in Australia), Jane Campion finally got a few minutes to fashion herself on one of the largest stages of all. Accepting her award for Best Original Screenplay from a half joking, half jibing Jeremy Irons, she appeared visibly uncomfortable with her newfound success. And then she spoke.

As she slowly self-deprecated on stage, the curve of all our “hometown” hype became as flat as those famous New Zealand vowels.

Well, when I was a student, which doesn’t feel like so very long ago, I used to feel deeply cynical about awards nights like this, but tonight I’m really overwhelmed. In fact I’ve been close to tears a few times. And I’m just very pleased to be here and very proud to win this award.

Perhaps she was aiming for something in the spirit of Loretta Young’s 1948 quip, accepting the award for The Farmer’s Daughter: “You know, up until now, presentations of the Academy Awards has been a purely spectator sport for me. However, tonight I, uh, dressed for the stage just in case.” She might even be seen as anticipating Meryl’s later Emmy win (2004): “There are some days when I myself think I’m overrated … but not today.”

We had so desperately wanted the concentrated performance of accomplishment. Perhaps not a Sally (“you like me”) Field moment, but at the very least a few seconds to gaze in admiration at Oscar’s shiny indulgence rather than prematurely anticipating his capacity to tarnish. What Campion brought to the Hollywood table was perfunctory gratitude lightly dressed with a side dish of churlish. Here was the famous Australasian cultural cringe writ large. And would you like a generous, gendered dose of imposter syndrome with that?

Watching this clip again recently, I readily admit I was unnecessarily harsh on Campion the first time around. Now, I can’t even begin to imagine how such an overwhelmingly public experience intersects with unrealized career aspirations and private despondencies. With instantly recognizing what it will all mean because you already know the discomposing vertigo of the pedestal. With desperately wanting to sink noiselessly beneath the sea of expectations.

Still, I hanker to see an Oscars ceremony in which women speak without describing their personal disenchantment or their professional detachment. In which women are fully and demonstratively present.

For the sake of Meryl Streep, what will it take for us to own our moments?