A Handmaiden’s Tale
A hit at this year’s Cannes film festival and when it opened in Korea over the summer, The Handmaiden (Ah-ga-ssi) is now in limited release. This stylish and twisty Korean thriller remains true to ... 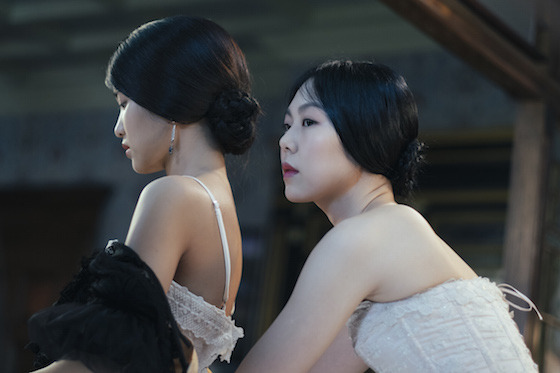 A hit at this year’s Cannes film festival and when it opened in Korea over the summer, The Handmaiden (Ah-ga-ssi) is now in limited release. This stylish and twisty Korean thriller remains true to the oeuvre of its director, revenge-plot master Park Chan-wook (Oldboy, 2003; Lady Vengeance, 2005), and to its source text, the novel Fingersmith by Victoriana mistress Sarah Waters. Critics have generally been appreciative of this lush yet cheeky adaptation, though reviewers of both genders tsk-tsk over the lack of verisimilitude in the film’s lesbian sex scenes. The Handmaiden is put in the column with another titillating Cannes darling directed by a man, Blue Is the Warmest Color (Abdellatif Kechiche, 2013), under the heading “male gaze.” “Is The Handmaiden liberatingly erotic or a male wet dream?” asks Tim Robey’s article in The Telegraph.

The answer is both. Waters’s commitment to narrating lesbian desire survives the change in medium. The problem for reviewers seems to be that the film’s image of lesbianism isn’t genuine in an epoch when it could be. But why look for the truth of sexuality in the gothic, a genre indelibly imprinted by the unconscious? Here fantasy reigns. In The Handmaiden epistemology and desire are hopelessly entwined, like a long-tressed maiden caught in the tentacles of an octopus. And the attempt to sort out these truths and pleasures must reckon with the national and colonial coding of sexuality; the question of voyeurism is also a cultural one. Park’s cult reputation for excess invites a pulpish prurience from his Western fans. And the film’s transposition of the setting of Waters’s novel—from Victorian England to 1930s Korea under Japanese rule—affords ample opportunity to both indict and indulge Japanese-style decadence.

A vividly cinematic take on a text whose shifting narration doubles down on the rhetorical question of what women want, The Handmaiden uses its sumptuous mise-en-scène (the east and west wings of the isolated estate where the film is set are designed to show its Korean owner’s equal admiration for things Japanese and English), floating camera, and sweeping score to ensnare the viewer in problems of perspective. By diverging from the plot of Fingersmith (which has also been adapted as a play and a BBC miniseries) to stay with the male characters at a crucial point, the film seems deliberately to pose the question of whether male machinations can succeed in containing lesbian desire. 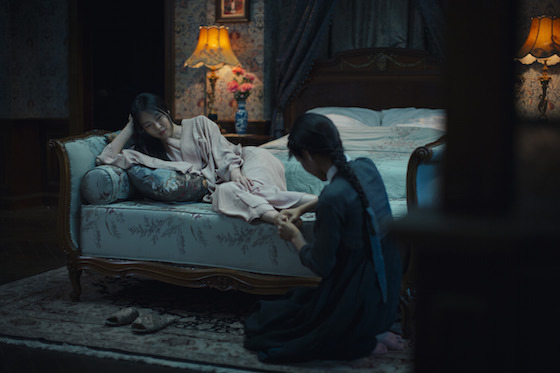 In the first part of the film, a young Korean pickpocket named Sook-hee (newcomer Kim Tae-ri) is enlisted by a con man posing as the Japanese Count Fujiwara (Ha Jung-woo) in his plot to seduce a wealthy young heiress held in seclusion by her eccentric uncle, a rare book collector. Posing as handmaiden to the naïve Lady Hideko (Korean star Kim Min-hee), Sook-hee drinks in the sensuous beauty that surrounds her in her new station. The filmic narration is restricted to what the handmaiden can observe, and the soundtrack makes us privy to her internal musings. She never says outright that she falls in love with Hideko, but their first sex scene—wrapped in the fiction that she is tutoring the heiress for her wedding night to the faux count—is pretty convincing. One memorable shot, which appears to be taken through the latter’s knees, shows Sook-hee in close-up, eyes wide, tongue just peeking out through parted lips. The case for the film’s exploitativeness could turn on this shot (Park originally intended to shoot the film in 3D). Instead, the plot turns on it.

The identical shot appears later in the film, syncing up the rather different version of events recounted in the film’s second segment. Hideko’s own story is more complicated than the audience has been led to believe. Far from an ingénue, she has been raised since childhood to read lewd literature aloud to her uncle and a coterie of male connoisseurs and collectors of erotica—and she has a cruel streak. She too has been enlisted in the faux-Fujiwara’s scheming; he promises to deliver her from her uncle’s grasp if she agrees to trick Sook-hee into taking her place. But when Hideko’s voiceover account reaches the women’s (first) sex scene, it is the repetition of the between-the-knees point of view shot that establishes the lovers’ reciprocity. This time, there’s a reverse shot.

THE TWO MEN SLOWLY DIE FROM POISON-LACED CIGARETTES. BOOKS AND WORLDLY EXPERIENCE HAVE TAUGHT THEM NOTHING ABOUT FEMALE DESIRE, AND THEIR IGNORANCE IS KILLING THEM.

Departing from Waters’s book—in which the viewer is made to suffer the betrayal of one woman by the other, before yet another twist in the final act—The Handmaiden cements the women’s alliance midway through the film. In one haunting moment, a despairing Hideko attempts to hang herself from the cherry tree on which her aunt had killed herself. But she never drops; a satisfying match cut shows Sook-hee has caught her by the legs. The two join forces to trick the imposter and flee the tyrant. But the filmic medium has its own ways of asking: Whose point of view do we share? And whose do we trust? It is here that the film interpolates a lengthy comic segment featuring the men. As if in a scene from an X-rated Lemony Snicket novel, the uncle has the younger man brought to his dungeon to take his revenge. Under torture, Fujiwara is made to recount his wedding night betrayal by Hideko, as the two men slowly die from his poison-laced cigarettes. Books and worldly experience have taught them nothing about female desire, and their ignorance is killing them. Even as the director takes poetic license with the source material, he calls attention to male designs on women’s desire. The uncle has been reduced to madness by the departing women’s righteous destruction of his erotic books and prints.

In The Women Who Knew Too Much, a classic text of feminist film studies reissued in an expanded third edition this year, Tania Modleski analyzes the high-stakes struggle between male and female authorial visions in Hitchcock’s only Oscar-winning film, Rebecca (1940). Despite this achievement, the director himself dismissed the film as “not a Hitchcock picture.” Rebecca’s source text, Daphne du Maurier’s 1938 best-selling novel, was to his mind exemplary of a “whole school of feminine literature of that period” that was “lacking in humor.”1 Yet Modleski sees du Maurier casting a far more binding spell over the film than Hitchcock concedes. The critic goes on to link competing male and female authorities behind the film to its heroine’s oscillating desire for and struggles with male and female figures—her husband and his first wife’s ghost—within the film. In playing out this tension between epistemology and desire, Rebecca is arguably the very prototype of a queer film.

The Handmaiden depicts lesbianism with salacious detail where Rebecca was all subtlety. But the new film treads on similar, female-gothic terrain. The handmaiden’s arrival at the isolated mansion nods to Hitchcock’s film with a shot of coastal cliffs, and several more of the car’s winding progress through densely wooded grounds. The deranged gaze of the housekeeper who greets them recalls Dame Judith Anderson’s performance as Mrs. Danvers, Rebecca’s fiercely loyal companion and one of the silver screen’s great tragic lesbians. And similar questions of desire and interpretation attend The Handmaiden’s reception. Moreover, these questions are built into its camera setups and recursive narrative structure. In fragments of voice-over and shots that, Hitchcock-like, revisit and revise what we’ve seen before, we learn how the women foiled the plots of both the despot and the grifter. 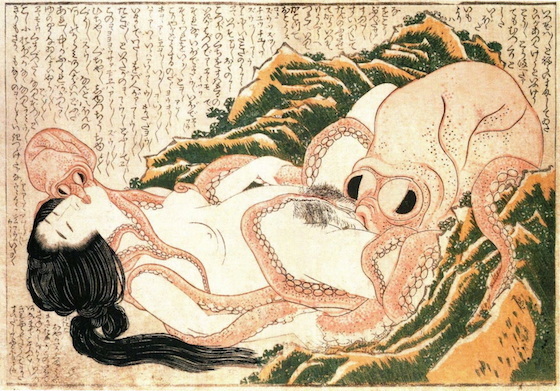 Intercut with the torture sequence, the women run away together in what could be taken as a political allegory of the overthrow of Japanese patriarchal imperialism. However, the women are hardly symbols of an authentic Korea. Triumphing as a couple, they perform a euphoric mash-up of lesbian tropes. They pass in Western dress as a heterosexual married couple, evoking the iconography of Western-style modern lesbian identity. But the curtain call is a sumptuously staged orientalist sex scene whose secrets were well learned from uncle’s books.

Park reminds the Hollywood Reporter that he is “primarily a genre filmmaker”—while he takes homosexuality as a “fact of life,” he portrays it through genre elements rather than as an “issue.” Situated within contemporary global media culture and this auteur’s canny transnational address, the film’s “scissor sex” scene owes as much to South Park as to Japanese pink films. Western viewers will find no more authenticity in the film’s East than male viewers will find in its sapphism. We know too much to take the film’s depiction as “mimetic” lesbianism—or to dismiss it as simply prurient.