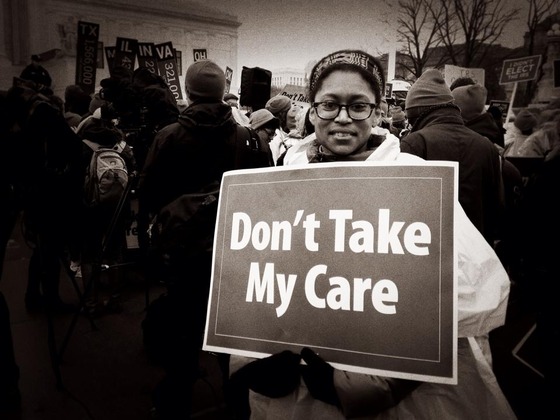 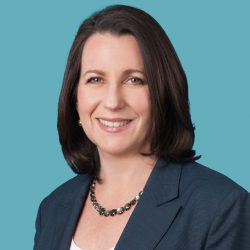 Want help in explaining the significance of the recent Supreme Court ruling on Obamacare to your kids? In what follows, a former Supreme Court law clerk, top appellate litigator, and mother of two middle-school-age children explains the decision in a letter to her kids away at summer camp. The letter has been lightly edited for publication here.

There has been a lot of big news from the Supreme Court in the past few days. Here is one top news item: They upheld Obamacare. I should probably have put that in all caps: THEY UPHELD OBAMACARE!1

Because of Obamacare millions of people now have access to health insurance who would not have had access without the law. Before Obamacare, people without health insurance were getting sicker and not getting treated. And a lot of times poor people would have to go to the emergency room, where it is superexpensive to provide care, instead of going to a regular doctor for appointments. And imagine how crazy this is with infectious diseases. If people don’t get treated, then the diseases are more likely to spread. Obamacare has been incredibly important, for example, in helping to fight the spread of HIV and AIDS.

Anyway, you are probably asking yourself, what was this case (it’s known as King v. Burwell) really about? Basically, what happened was, the law is superlong and complicated. It’s hundreds and hundreds of pages long. One of the things that the law does is provide subsidies (money) to poor people so that they can buy health insurance. But OOPS, there was a typo in this super-complicated law and the typo made it look like people in certain states wouldn’t get the subsidies. And those were some of the states where the subsidies were needed most.

And what did the Supreme Court do? They held 6 to 3 that the typo made the law ambiguous and so the court would look to what the point of the law was, and they would not take health care away from millions of people. Duh! But lots of people (including me) were scared that they wouldn’t see it this way and that they would say to millions of people, “Too bad, so sad,” Congress has to fix the problem. Remember about checks and balances? But the problem here is that Congress would never fix the problem because Congress is mostly Republicans now, and they want Obamacare to fail. Argh!

There are a couple of things that are amazing about this case. One is that it got so far and that three Supreme Court Justices were willing to say that because of a typo, millions of people should lose health insurance coverage when that obviously was not the intent of the law. That makes me feel sad. It also makes me worry about what the world will be like if not enough people care and work to make the world a fairer place.

There was a newspaper article that focused on a young woman with asthma. And it talked about how she couldn’t get medical insurance and afford to go to the doctor without Obamacare. Can you imagine not being able to breathe and not being able to afford to go to the doctor and having the Supreme Court have to decide whether you would lose your health insurance coverage because of a typo?

Justice Roberts, who was appointed by George W. Bush and is very conservative, actually wrote the opinion. So he stood up for a law that the Republicans were trying to make fail. And he did that even though he is a Republican. This gives me hope about the law and the courts and the future, too.

I’m sure you want to know how Justice Ginsburg voted. She was on the right side, of course. Go RBG! Also on the right side were Justices Kagan, Sotomayor, and Breyer. But everyone expected that these four would vote to interpret the law in a way that makes sense. Justice Kennedy also joined them, and he is hard to predict on controversial cases.

When lawyers look at opinions like this, a 6-to-3 win makes a big statement that this was not a super-close case. I’m also happy about that.

So tell all your friends at camp, the Supreme Court did the right thing on Obamacare. Signing off.

Another good use of footnotes here is to tell you that “Obamacare” is a colloquialism (a nickname, basically). Really, the name of the law is the Patient Protection and Affordable Care Act. Sometimes it is shortened and referred to as the ACA or the Affordable Care Act. I think the Republicans came up with the name Obamacare, because they hated the law since it is expensive and redistributes wealth. They thought everyone else would hate it too, and that if they stuck Obama’s name on it, he would get blamed, and more Republicans would get elected. But guess what? Obama figured that actually people want health insurance and are willing to pay for it, so he said, go ahead and name it after me. Snap! ↩

Featured image: Rally in support of Obamacare outside the US Supreme Court during King v Burwell hearings, March 2014. Photograph by LaDawna Howard / Flickr 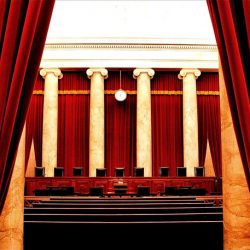