A Map of Lost Longings
This is an archive. I’ve found the remains of his voice, that map of longings with no limit. —Agha Shahid Ali, “The Country without a Post Office” It has been a peculiar month to be an Indian ...

This is an archive. I’ve found the remains
of his voice, that map of longings with no limit.

—Agha Shahid Ali, “The Country without a Post Office”

It has been a peculiar month to be an Indian graduate student in New York, patiently parsing Rancière’s break with Althusser while students back home are being arrested. Students who could, but for a whim and a visa, have been me. Every morning I scan the news before walking to the subway, every evening I return home and listen to their speeches. Sometimes I mumble their slogans as I do the dishes or dry my hair, and there is a surprising comfort in swaying to the rhythm of a rebellion conducted three continents away. I watch the protests unfold, obsessively and skeptically, cautious of treating them as a spectacle and yet unable to stop. This, then, is what I saw, hunched over a laptop at midnight, waiting for India to wake up.

It all began with a Kashmiri poet who, like me, was lost between countries and mourning his home. Two decades ago Agha Shahid Ali composed “The Country without a Post Office,” a poem that inspired an event at Jawaharlal Nehru University (JNU) in Delhi on February 9. What happened at the event remains a matter of deepest mystery and extensive debate, but three days later Kanhaiya Kumar, President of the JNU Student Union, was arrested for sedition. Three days after that, on February 15, a crowd of lawyers assaulted Kanhaiya (as well the journalists present) at Patiala House, one of Delhi’s trial courts, while the police escorting him watched—a flamboyant display of mob (in)justice that was repeated two days later. Kanhaiya was, the lawyers claimed, “anti-national,” a term that the Indian state and its mobs have deployed with great fluency and ever less specificity in the last two years. There is a melancholy irony in witnessing a nation once liberated by bourgeois lawyers now being held hostage by them. Shahid, the poet who wrote “The Last Saffron,” might have known how to unveil the beauty, or at least the wit, within that resonance. I can see only cupidity and venality. I imagine them as Shahid imagined Death: “sipping champagne, he goes through the morning schedule for Doomsday: ‘Break their hands.’”

In the weeks after Kanhaiya’s arrest, two more students—the charismatic Umar Khalid and the enigmatic Anirban Bhattacharya—have been arrested, while JNU remains under siege.1 Universities across the country have erupted in protest, expressing their frustration with the relentless assault on academic autonomy, heterodox thought, and free speech that has characterized the current government’s approach to education. If the martyrdom of Rohith Vemula invoked despair among the Indian intelligentsia, the persecution of the students has provoked anger. JNU today has many allies in many quarters, including the former Home Minister of India and the current Governor of the Reserve Bank of India. The JNU student movement faces a series of crucial decisions in the near future, especially if Kanhaiya is released while the more radical Umar and Anirban are not. Will the JNU faculty and students risk eroding their liberal appeal by supporting the latter pair?

Choosing our memories, often against the grain of history, helps us build fresh imaginaries—imaginaries that expand and clarify the possibilities we see.

The light of outrage, Adrienne Rich once wrote,2 is the light of history springing upon us when we’re least prepared. JNU is a sacred space for left-liberal India; for this clear space of dissent, as Rich might say, we tracked and hacked our way through decades of hunger and flight. But the surprise will fade and the rage will dissipate, and then, if recent bourgeois social movements in India are any indication, the intelligentsia will resume its customary posture of smug slumber. Is that to be the students’ trajectory? There are alternatives, of course. They might accept an alliance with the farmers’ movement that has been protesting in Delhi since February 2015. They can begin building a bridge between tribal movements and urban politics. They can forge a student movement that extends into the dozens of universities across India that are in crisis. Go radical or go home, I might say, but I have the benefit of not actually being at home, and I have enough political decisions of my own to consider. I study at CUNY, the largest urban public university in the US, and we might all—faculty, staff, and graduate students alike—soon be on strike.

Marilynne Robinson, lamenting the systematic defunding of public universities in this month’s Harper’s, calls it a reenactment of “the strange and epochal tendency of Western civilization to impoverish” the world. Egalitarian spaces like CUNY were, she insists, postwar “America’s best idea,” and their destruction indexes a shift in the role of the university in public life. Once meant to educate citizens, public universities are becoming factories that train a skilled and docile working class.3 The authority and the autonomy of the academy is under attack everywhere; the tactics of power and of resistance might vary, but the stakes remain the same: who is allowed to think? If, moreover, we are threatened by a common enemy, isn’t it time we started theorizing a common stand against it?

Thus far, the discourse around the student protests in India has mobilized national history—the Emergency in the 1970s, Gandhi’s trial for sedition—to contextualize the current crisis.4 But there have been plenty of erased revolts in the subcontinent’s history, such as the Chauri Chaura “incident” in February 1922. Gandhi’s denunciation of that peasant rebellion relegated it to obscurity and infamy, until Shahid Amin’s wonderful Event, Metaphor, Memory (1995) revived it for subaltern theory. Amin’s central question—how does memory become history?—brought me back, full circle, to Agha Shahid Ali. My memory is again in the way of your history.

Choosing our memories, often against the grain of history, helps us build fresh imaginaries—imaginaries that expand and clarify the possibilities we see. Why should our thinking about contemporary India be restricted to the subcontinent’s histories? Can we juxtapose this rebellion with that iconic moment of student revolt, Paris in May 1968? What could we learn, and unlearn, if we constructed a cosmopolitan myth of revolt? On the left we tend to be suspicious of universality, with good and just reason. Where others see unity, we see hegemony; where others see mythology, we see ideology. Skepticism is our legacy and our ally, and I am not suggesting that we abandon it for (yet another) cruel mass fantasy. Delhi is not Paris—thousands of people would starve if the city shut down, for one thing—and the fates of Umar and Kanhaiya and Anirban are not abstractions. Restoring them to their lives demands a specific, local strategy, not a transversal analysis of the French May. That is, as it should be, JNU’s priority. Those of us in the diaspora, however, would do well to remember Umar’s appeal: “Anti-Nationals of the World Unite!” 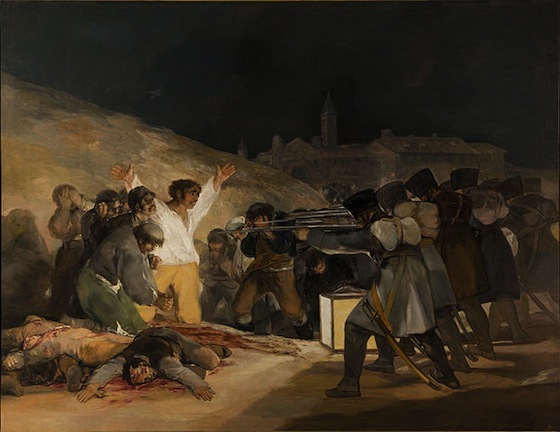 There are silences hidden at the heart of all histories, and mining those silences can reveal new futures. My plea, then, is that we attempt to disentangle rebellious desires and their effects from the histories that disarm them, submerge them, and eventually erase them. A fabulous recent attempt to do this is Communal Luxury (2015), in which Kristin Ross argues that the popular perception of the Paris Commune of 1871 as a tragic insurrection only holds true if the event is trapped within orthodox French history—a nationalist framing that the Communards explicitly rejected in their utopian project of a world shared by a network of autonomous communes. The Paris Commune was, from the outset, an internationalist project, or, more accurately, a transnationalist project. It ended in a massacre that eclipsed the true miracle of the Paris Commune: that it once existed at all. The Commune failed, certainly, as do most attempts to defy overwhelming odds, but in that failure lies not a lesson but a vision. “Failure’s byways,” Judith Jack Halberstam reminds us, “are all the spaces in between the superhighways of capital.”5 Can we chart those spaces, scattered and easily lost, and imagine a radical cartography?

This month I have wandered through my life in a daze of dread and exhilaration, a complex of feeling that my classmates—all of them veterans of a generation in rebellion—can appreciate more readily than they can understand the precise circumstances that generated it. We can, among us, draw dozens of maps of lost causes: Tahrir Square and Gezi Park; Occupy Wall Street and Black Lives Matter; the anti-austerity strikes in Greece; the Indignados movement in Spain; the democracy debate in Hong Kong; the revolution in Syria. None of those movements were notably more successful at achieving all their ideals than the Paris Commune or the French May or Chauri Chaura. And yet, and yet: it mattered that they happened. It matters that Kanhaiya Kumar and Umar Khalid and Anirban Bhattacharya stood up to be counted, and it matters that we stand behind them. Mark these days well in your memory, for one day—one day soon—that memory must contend with history. 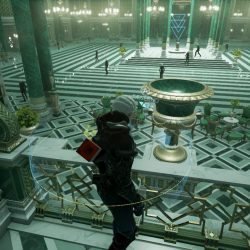