A Matriarch in Exile
This is the latest installment of Public Streets, a biweekly urban observations series curated by Ellis Avery. The Matriarch—it would be impolite to utter or print her given name—is from the town of ... 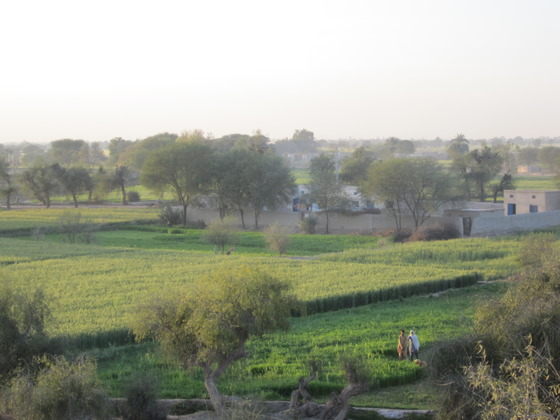 The Matriarch—it would be impolite to utter or print her given name—is from the town of Dina in Punjab, Pakistan. She lives in Jackson Heights. Punjabi is her only language. She has been in exile, she says, for “vi ya panji saal” (20 or 25 years). For some hours, she has been speaking of her time in New York, but her first few sentences are still looping inside my brain—an animated GIF of exile. Kithay lay aye dane paney de khed? Where have these games for grain and water landed us?

She looks to be in her late 60s or early 70s but I did not inquire. I said very little as she spoke, sitting quietly, my mind half a second after her speech, deciphering the cadences of her language and disentangling her similes, metaphors, landscapes. She spoke for a long time, almost for three hours, and she spoke about her feeling of exile as an immigrant in New York City.

She came, following her children, to Queens, NY, in 1990 or 1991. She took care of her own household, tending to her husband and his businesses. Her City was inside of a shared household, which was large and diverse and needed all of her. The sons and daughters had wives and husbands; the first cousins and second cousins had children; the daughters grew up and had their own daughters—and she took care of them all, and raised them all.

Each daughter, she called, with love, Niki—the little one.

The stories she told focused solely on these little girls: she who took her finger and walked with her, she who spoke perfect Punjabi until she began school and now, when in College, shakes her head and says, what are you even saying, maan ji? She who told her which color to paint her walls. She who wished her father would come home. She who loved dressing up in kurtas and had her wedding in one, and whose daughter also came to live with the Matriarch. All of her stories were about Niki and all moved effortlessly between the home and the street. She walked, and worked, through the city in the company of these little girls, an unending chain of Nikis stretching across 25 years in Queens.

Ma’an ji, or Mother, as younger-generation speakers, related or not, address her, sees herself as distinct from her husband, her sons, her family. She reported with defiance, and perhaps with genuine pleasure, that she had never learned English, had never memorized her street address, had never known a phone number. She learned the city by remembering only where she was going. She remembered the city by looking at what transpired around her. I would walk, every day, she said—lamenting her failing ability to walk more than a few miles—and I would sometimes tie a piece of cloth (dupatta) to the outside door of our house to recognize it when I came back.

What would you do on your walks? I wanted to see the fields and the trees and the streams so I would sweep the areas until I found them. I told my husband when he was thinking of investing in the deli that it was a bad location, there was no parking for cars, and the cops are quick to give a ticket (chalān) to anyone who stops for groceries. I told him to get the shop a few blocks down where there are open spaces. He delayed and the opportunity was gone and now there is a 24-hour grocery store there. It is always busy.

Did you always help your husband with his business? I did, but now my eldest son is running the household and he has no ears for me and a mind for no one.

She spoke about her simple meals of crushed garlic, a slice of pepper, and half an onion on the side of the plate with one roti. That is all I can eat; not these platters of meat and market (bazaari) food with which they stuff their faces.

They being the men, the husbands, the fathers, the obese, the overworked, the taxi and limo drivers, the bodega owners, the employees of the city whose job is to sit and sit and sit and who dream of Qilla Rohtas and the fields of Jhelum, perhaps, but they were not going to go back to those fields, these farmers’ sons. 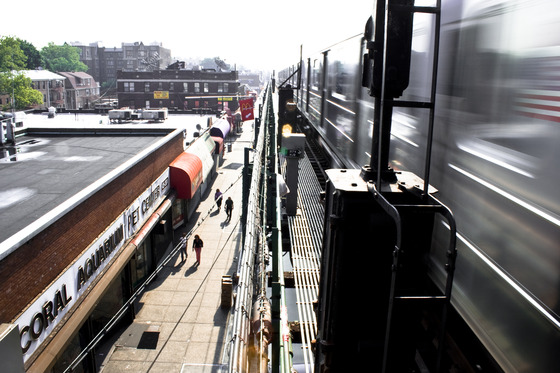 Ma’an ji’s thoughts are always with the brothers and sisters she left back in Jhelum, in Pakistan. She thinks of what they are doing, of their marriages, their deaths, their daily struggles. She is the eldest of her family, and those were her charges, too. Her sons and daughters and granddaughters are here, but her family is in Jhelum. How to live here, and how to die here, she asked. Her words about Dina conveyed the unmistakable smell of Agha Shahid Ali’s poetry about Kashmir in Amherst, or Faiz Ahmed Faiz’s lament for Lahore in Beirut, or Edward Said’s cry for Palestine in New York. She spoke of the fields, the fruits, the vegetables, the colors, the smells, of her village near Dina as if she had left it a few weeks ago. I had never even seen the city of Jhelum, before I came to Queens, and I still have not seen it.

One grows weary of the machismo of writings on the City—the Maximum Gaze. We have an impoverished immigrant city—one in which there are no generations of daughters raised in languages of exile, one in which there is no bright dupatta tied to the doorknob.