A Quiet Disaster: Mexico City, Mexico
Apocalyptic writers would be surprised by the suddenness with which Mexico City, during the pandemic, took on the guise of a ghost town. 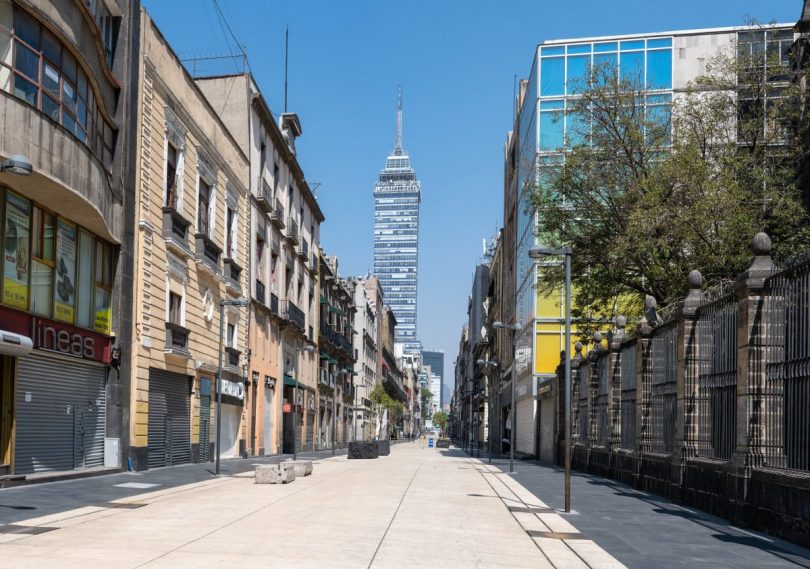 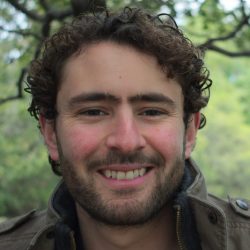 After the pandemic struck Mexico City in early March, the frantic rhythm of urban life slowly began to wind down to a standstill—like a giant animal clumsily tumbling into its deathbed. The hip and thriving Roma neighborhood, a usual meeting point for both young residents and tourists, suddenly looked like a little provincial town in the middle of nowhere: a car here or there, forsaken gardens in once-crowded plazas, businesses in ruin, all sounds safely sealed behind the walls of its mid-20th century townhouses and apartment buildings. It was a peaceful image, but also, in a way, an apocalyptic one. And, to be sure, for most residents of the capital, it was like witnessing an impossible sight, an aberration.

Historians date the explosion of Mexico City’s growth as somewhere in the 1970s. By the mid-’80s, in any case, the city’s population had already reached 14 to 16 million inhabitants (the figure is a little above 20, nowadays). In just one decade (1970–80), the number of registered cars tripled.1 Suburban neighborhoods probably did so, too. Pollution expelled the volcanoes from the landscape, and crime grew out of control. Witnessing such a rapid and dramatic transformation, writers in the 1990s, such as Carlos Fuentes, Hugo Hiriart, or Guillermo Sheridan, could not help but turn the city into the setting of a series of apocalyptic novels that flirted with the idea of a coming disaster.

With the pandemic, Mexico City is living through a disaster of its own—a very real one. Those apocalyptic writers in the 1990s could only imagine the end of the city as a tumultuous affair, so they would likely be surprised by the suddenness with which the capital took on the guise of a ghost town.

Lockdown in Mexico City was a peaceful image but also, in a way, an apocalyptic one.

Hiriart published, in 1992, a novel titled La destrucción de todas las cosas (which could be rendered in English as The destruction of everything). Closely rewriting the history of the Spanish conquest of Aztec Tenochtitlan, Hiriart describes the conquest of modern Mexico City by an army of aliens. The aliens arrive to a city already drowning in chaos, so much so that they are forced to assume that it is actually a Mexican war strategy. The narrator, a chronicler of his hometown’s destruction, gloomily dispels this notion: “But you will ask, who governed Mexico? Truth is nobody knew anything. We weren’t dribbling or doing shadow boxing; we simply couldn’t look far ahead.” Hiriart’s novel thus places its bet for the capital’s end in the boisterous self-sabotage of a disorganized urban machinery, in which, as a traditional saying goes, everyone just wanted to draw water to their own mill.2

But by far the best-known chronicler of daily life in the apocalyptic Mexico City of the 1990s was pop-culture enthusiast Carlos Monsiváis. His 1995 Los rituales del caos (loosely, The chaos rituals) employs the street-level point of view of the flaneur, in order to capture an array of fleeting scenes in the megalopolis. His chronicles combine description with a series of statements that revolve around the unrestrained chaos of urban life. He claims, for instance, that the city “is the multitude that surrounds the multitude,” or that daily traffic jams are “a prison with mobile cells.” He further brands the city “the lab of extinction” and argues that people who use the subway in rush hour have to learn the skill of losing body mass all of a sudden only to recover “their usual weight and form” once they step out of the train (YouTube videos featuring the infamous Pantitlán station may confirm this). 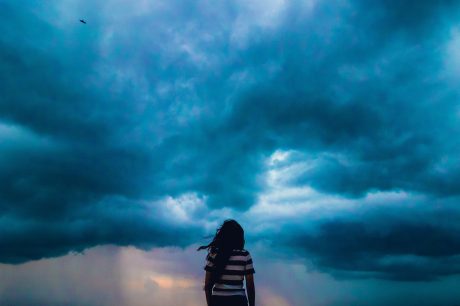 In the end, Monsiváis claims, “staying in the capital of the republic means facing the risks of pollution, the ozone, thermal inversion, lead in the blood, violence, the rat race, the loss if individual meaning.”3 Monsiváis, like Hiriart, is baroque in style. Both authors provide labyrinthine texts riddled with complex syntaxes—not to mention an overdose of adjectives, or the fact that enumeration is their distinctive stylistic trait, one that creates a sense of excess. It is as if these authors want their sentences to be as chaotic and exaggerated, as crowded and paradoxical, as agglomerated as the city they are trying to describe appears to them.

After almost half a year disguised as a quiet little town that would have shocked the likes of Monsiváis and Hiriart, Mexico City seems to be slowly waking up again, quite possibly to a new reality. With the region still surfing the pandemic wave and already on the shore of a severe economic depression, though, the lingering calm feels like the few seconds that precede one of those deafening summer storms that, every afternoon, fall on top of the city that used to be a big lake hidden high up in the mountains.