A Sit-In in the House of Representatives
I was fortunate enough, as an intern this summer for Rep. Marc Veasey (D-TX-33), to witness last week’s historic sit-in by Democrats on the House floor. I was at a hearing of the House Armed Services ... 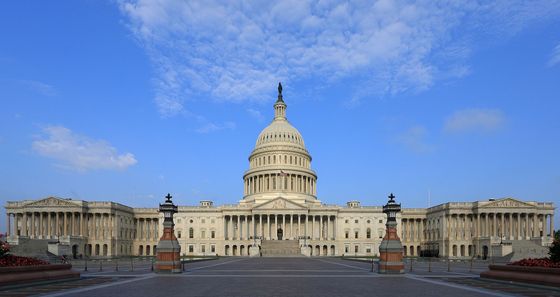 I was fortunate enough, as an intern this summer for Rep. Marc Veasey (D-TX-33), to witness last week’s historic sit-in by Democrats on the House floor. I was at a hearing of the House Armed Services Committee when the sit-in began Wednesday morning. At one point I realized that there was only one Democrat left in the room, Rep. Jim Langevin (D-RI-2), who had to stay for the hearing but later joined his colleagues in the sit-in. Unaware what was happening on the floor, I left the hearing ended and went back to my office. Over the next 25 hours, I would go to the House gallery three times to view the proceedings.

A little after noon, I came back to Rep. Veasey’s office and heard news of the sit-in. C-SPAN was not yet broadcasting the Periscope and Facebook Live feeds from members, so we were getting all of our information from Twitter. The news was from members and authorized press only, as staff members and the public cannot have phones in the chamber.

I went up to the gallery, already so packed with interns and staffers that I had to wait in line, an hour later. The House was in relative order. Rep. John Larsen (D-CT-1) presided over the members, and he followed some Parliamentary procedure, maintaining a speaking list throughout. While many of the speeches were punctuated with chants of “No Bill! No Break!” it was clear that the event was highly organized. As Rep. Larsen appropriately put it while speaking on the floor, it felt more like a teach-in than a sit-in. Everyone who was recognized to speak had something different to say about gun violence or violence against the LGBTQ community, and what kind of legislation should be adopted to stop it. Rep. Mark Pocan (D-WI-2) recounted how, 27 years ago, he had enjoyed a night at a gay club, only to be beaten when leaving. He said he was disappointed, coming back to Washington after the Orlando shooting, because he knew nothing would change.

The line to get into the gallery was long. When I finally entered, I looked down to see if there were really Members of Congress sitting on the floor of the House. There were many members there when I first arrived. I stayed and watched for an hour while the speakers took turns and more members, including some Senators, continued to arrive. Most members sat in chairs, although some, including Rep. John Lewis (D-GA-5), the leader of the sit-in, and Sen. Al Franken (D-MN), never left the floor. After about two hours, I returned to my office to finish work for the day.

Late that afternoon, as the work day came to a close, I went back to the House gallery. Rep. Larsen was still orchestrating the speaking list, and called Rep. Scott Peters (D-CA-52) to the podium. Rep. Peters and Rep. Beto O’Rourke (D-TX-16) were streaming the sit-in by then, through live feeds on their Periscope and Facebook Live accounts, respectively. Peters spent his introductory comments joking about members who’d approached the microphone and adjusted it, as if it was on. The microphones and television cameras in the chamber are controlled by the House majority, and had been turned off throughout the sit-in.

Many have commented that Rep. Peters’s and Rep. O’Rourke’s filming of the event was a landmark use of social media, and an important innovation in the sit-in, because they were still able to broadcast their message despite the inactivity of the cameras and microphones. On the practical side, it represented a moment of collaboration among staff and members, as people scrambled to find portable chargers for the phones in use so that the event could continue to be broadcast.

It was previously promised that the Speaker and Republican members would enter the chamber at 8:00 p.m. to call the House out of recess. I left at 7:30 p.m. to get food from a vending machine so that I could get back by 8:00 p.m. When they didn’t appear, Democrats continued to hold the floor for another hour and a half. Assistant Minority Leader Rep. Jim Clyburn (D-SC-6) announced that the Speaker would be calling a vote at 9:30 p.m.

While there were many impassioned speeches, there were also lighter moments in the chamber. Former Rep. Patrick Kennedy entered the floor with his cousin, Rep. Joe Kennedy (D-MA-4). As he made his way around the floor, greeting former colleagues, he waved at his wife and newborn, who were seated in the gallery. Rep. Emanuel Cleaver (D-MO-5) had brought a light pink pillow, matching his light pink suit, to nap on. Many members spoke with each other around the floor, and took the opportunity to use SnapChat and snap the event.

Things grew more tense as it came closer to 9:30 p.m. House Minority Leader Nancy Pelosi (D-CA-12) entered the chamber and, speaking at the podium, acknowledged the leadership of Rep. John Lewis and the fortitude of Rep. John Larsen, who was still presiding over the sit-in, ten hours after it began. Finally, she acknowledged the mother of Dylan Hockley, one of the 20 children murdered in Newtown. She had traveled from Connecticut and was seated in the gallery, just a few seats down from where I was sitting. Almost the entire gallery and everyone on the floor stood up to applaud her. Sen. Chris Murphy (D-CT) had ended his filibuster the past weekend by telling Dylan Hockley’s story. Dylan had been found wrapped in the arms of his teacher, Anne Marie Murphy, who was trying to protect him from the shooter.

As the time Speaker Ryan and the Republicans were supposed to enter the chamber approached, the House clerks and stenographers began to take their seats, signaling that the Speaker intended to call the chamber out of recess. One of the Democratic members participating in the sit-in was seated in the stenographer’s chair. The stenographer, attempting to take her seat, tapped him on the shoulder, and asked him to move. As he stood up, many members shouted at him to stay and hold his position. After hesitating and attempting to sit back down, he eventually moved.

At 9:30, Speaker Ryan entered the House and continued with his business as if the Democrats were not protesting. Throughout his comments, they chanted “No Bill, No Break!” and “No Fly, No Buy!” and “What do we want? A vote! When do we want it? Now!”

As members left to walk down the stairs, protestors shouted, “Shame!” and “We’ll remember in November.”

As the protest continued, the Democrats began to hold up signs featuring victims of gun violence, including those of the Orlando and Sandy Hook shootings. Almost every member participating in the sit-in had a sign. Rep. Elizabeth Esty (D-CT-5), who represents the district in which Sandy Hook Elementary is located, held up Dylan Hockley’s name. While the speaker called for order, she walked over to face the corner of the gallery where his mother was seated, and held up the sign towards her in silence. She stood there, away from the cameras, for five minutes, only looking at his mother.

In one of the moments most reminiscent of the Civil Rights-era protests, the Democrats participating in the sit-in began to sing “We Shall Overcome,” at around 10:00 p.m.as Republicans began to try call the House to order by shouting down their Democratic colleagues. At the beginning of the sit-in, as the members spoke out and discussed their own connections to gun violence, or different laws that Congress should enact to end it, everything was very orderly. Once Speaker Ryan and the other Republicans entered the chamber, however, things became much more lively—less a presentation than a protest, one that truly drew on the Civil Rights Era. There was chanting, there was singing, there were signs saying “Disarm Hate,” and posters with the faces of those lost to gun violence. As the House Republicans entered the chamber and the protest grew livelier, even the gallery joined in to the chanting. “No Bill! No Break!” Being in the room was electric, and it was almost impossible not to want to join in, so I chanted throughout the protest. It also reemphasized how this protest completely disregarded the rules of the House, as members are typically not allowed to even acknowledge the gallery.

As the Democrats continued their protest, Speaker Ryan left the chamber and a Republican took the chair to conduct business (it is common to have a member of the majority party act as Speaker Pro Tempore in a regular session). Votes were called throughout the night as the majority party ignored the sit-in conducted by the minority. I left at 10:30 p.m. Not only was there a very long line to get into the gallery then, but a huge protest had grown outside the Capitol. As members left to walk down the stairs, protestors shouted, “Shame!” and “We’ll remember in November.”

I returned to the gallery the next morning at 9:00. After a long night of continued speeches and testimony, there were about 14 members still present, many of whom had not slept. They included Rep. O’Rourke and Rep. Peters, who continued to stream the speakers live, Rep. Esty, and Rep. Steve Israel (D-NY-3), who had taken over Rep. Larsen’s responsibilities of presiding over the sit-in and maintaining order. I left just after entering, as I needed to return to my office. However, the members continued until about 12:30 P.M., when, after 26 hours, the House Democrats ended their historic sit-in on the House floor.

Featured image: The US Capitol. Photograph by Martin Falbisoner / Wikimedia