Alejandro Zambra, Megan McDowell, and Kate Briggs on Translation
“You’re making decisions with every word, and a lot of times, those decisions are unconscious.” 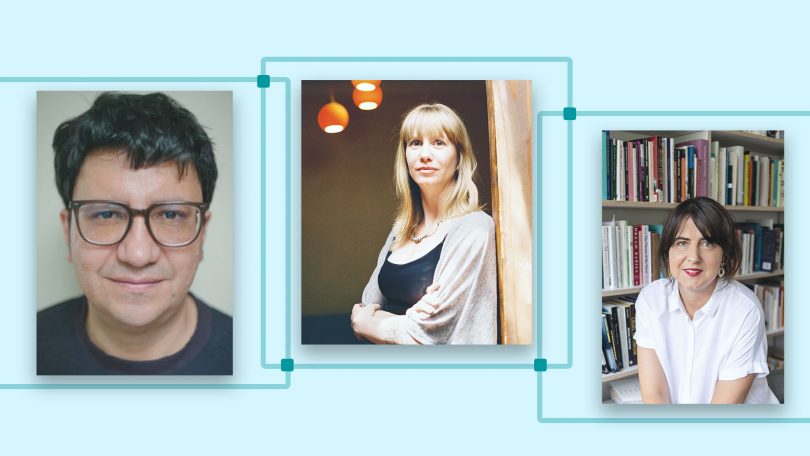 A novelist, a translator and a theorist of translation walk into a Zoom Room … Alejandro Zambra, Megan McDowell, and Kate Briggs provide the perfect start to Season 4 of Novel Dialogue. Our first themed season is devoted to translation in all its forms: into and out of English and also in, around, and over the borders between criticism and fiction. We talk to working translators, novelists who write in multiple languages, and we even time travel to discover older novels made new again in translation. How perfect then to begin with Kate, whose 2017 This Little Art is filled with translational brainteasers: How do I translate characters speaking French in a German novel? What does it mean that “A translation becomes a translation only when somebody declares it to be one?”

In this episode, Alejandro and Megan discuss their working relationship and share both Spanish and English passages from Alejandro’s most recent novel, Chilean Poet. There follows a dazzling discussion of poetry within novels, of struggling to be “reborn” as you learn a second language “as something that no longer goes without saying.” Alejandro proposes that to speak Spanish itself, (except “bestseller Spanish”) is already to pivot between the language as it’s spoken differently in different countries. Finally, the new Novel Dialogue “signature question” engenders a cheerful tirade from Megan that brings the conversation to a delightfully feisty conclusion.

Find out more about Novel Dialogue and its hosts and organizers here. Contact us, get that exact quote from a transcript, and explore many more conversations between novelists and critics.