Alone on the Montague Plains
This is the latest installment of Public Streets, a biweekly urban observations series curated by Ellis Avery. Drive a few miles above the legal speed limit on Lake Pleasant Road, and you’re likely ... 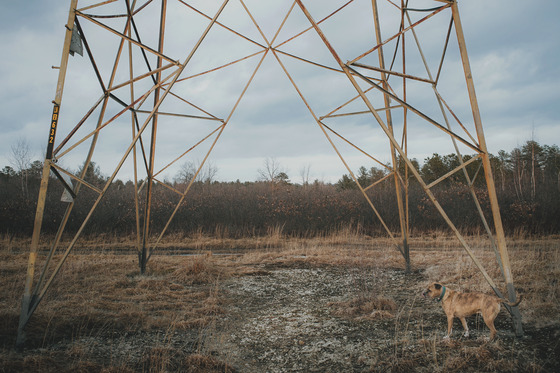 Drive a few miles above the legal speed limit on Lake Pleasant Road, and you’re likely to miss the Montague Plains, unaware that the area is more than just passing scenery on the connector road between the villages of Montague and Turners Falls, Massachusetts. It doesn’t help that the state’s signage is dark brown with beige lettering, perfect for blending into the wooded background rather than announcing the presence of something worth entering.

These plains comprise one of the few New England pine barrens, a term that may be familiar to viewers of The Sopranos because it’s the title of a much-lauded episode in which two characters get hopelessly lost in the woods. As the name implies, pine barrens are desolate places. Unlike the many evergreen forests in the area, one has to look harder to find much beauty or life here. Situated on a large sand delta that was once a glacial lake, the 1,500-acre Montague Plains are covered with low-lying shrubs and grasses, scrub oaks and pitch pines—species that naturally appear dry and deteriorated. Controlled burns, carried out by the state several times a year, help the pines regenerate, but heighten the area’s unwelcoming aura. 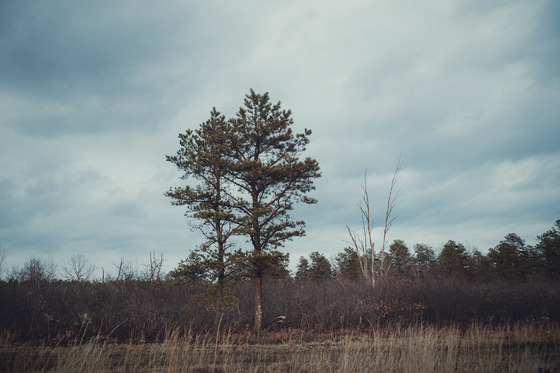 On the tail end of a mild winter, when the vegetation is yellow, rust, and brown, the plains seem even more uninviting than usual. Heavy logging equipment, abandoned for the weekend, sits idle beside recently downed trees awaiting transport. A long corridor of power lines, strung from ancient-looking towers, stretches across the east-west bias. I follow the lines as far as my eyes can see, not observing another human being in either direction. Despite this, I find evidence of people everywhere. Footprints cut makeshift paths through the mud alongside paw prints. ATV and snowmobile tracks are gouged deep into the road, less than a few feet away from signs declaring “no motorized vehicles allowed.” A half-hour hike into the plains, I come across a campfire arc, which was probably an attempt at a ring until the maker grew tired of looking for rocks. Surrounding the arc are crushed cans and empty bottles, their labels still shiny and new, alongside dozens of half-smoked cigarettes. The randomness of the beer brands—Old Milwaukee, Keystone Light, Busch Ice—suggest single cans and bottles swiped by teenagers, their desire to drink more developed than their tastes.

When I first moved from New York City to Montague, the emptiness of the plains frightened me. There was an element of abandonment to the area, which felt like the rural equivalent of finding myself alone on a subway platform late at night. Illicit activity does occur here. A hypodermic needle sticks out of the grass like a lawn dart. Signs announce the use of cameras to curb illegal dumping, and yet discarded furniture still turns up—a small wooden end table in a field, a reclining chair upholstered in velvet under the long shadow of a pine. Earlier this year, three locals stole a car, drove it into the plains, and set it on fire for reasons that none of them could quite agree on in court.

Although I left Montague in 2011, I remain fond of this environment where I rarely crossed paths with anyone, but never felt alone. Searching for clues about people through the artifacts they left behind helped me see the beauty in the barren. My recent visit confirms that despite a five-year absence, nothing much has changed here. Anja Schütz, a designer, photographer, longtime resident of Turners Falls, and wanderer of the plains, describes the barren’s resilience as its primary allure: “The pitch pines need fire to propagate, so the landscape shifts over time, with pines and scrub oak and charred grounds coming and going. I love the frozen-in-time, primeval indifference to modern human life. The buzz of high-tension power lines, cast-off furniture and dirt bike scars don’t matter to the rest of the landscape. The furniture will disappear, but the pines will continue to grow.”