Attacking Love
Valentine’s Day evokes thoughts of love … and perhaps disgust. Revulsion arises in response to commercialization and the pressure to express meaningful attachment. But the disgust may also stem from ... 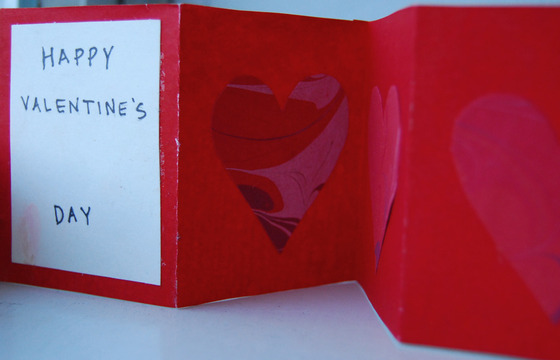 Valentine’s Day evokes thoughts of love … and perhaps disgust. Revulsion arises in response to commercialization and the pressure to express meaningful attachment. But the disgust may also stem from an inherent discomfort with the practice of love in contemporary American life. French public intellectual and philosopher Alain Badiou’s interview-turned-essay In Praise of Love describes a love under attack. For Badiou, the monumentality of love’s promise is slowly eroding as safety mechanisms designed to head off broken hearts reduce risk and love becomes just another project of self-improvement.

For Badiou, the promise of love is the transformation of a chance encounter with a stranger—a person from whom nothing is expected and to whom nothing is owed—into a commitment to set one’s own perspective aside for the perspective of another. To become a couple is not just a kind of mechanical union of two individuals, a staple ring holding once disparate entities together. It is the creation of a new entity from this pairing, the novel we write together. It involves risking something of one’s own subjectivity. Badiou’s ideal love is an ongoing practice of commitment where “fidelity signifies this extended victory: the randomness of an encounter defeated day after day through the invention of what will endure, through the birth of a world.” He notes that “it isn’t the ecstasy of [the] beginnings that is remarkable,” but the triumph in the “tenacious adventure” of lasting love.

If the ecstasy of love is fidelity to dual subjectivity realized in coupledom, there is little at risk when chance disappears from the chance encounter, or so Badiou’s argument goes.

Badiou’s explanation of the first threat to love—the safety threat—is rooted in the perceived menace of online dating and its “categorical absence of risks.” If the ecstasy of love is fidelity to dual subjectivity realized in coupledom, there is little at risk when chance disappears from the chance encounter, or so Badiou’s argument goes. Selecting the partner whose perspective most closely mimics our own promises comfort and safety. It is worth pausing here to note that when Badiou gave this interview in 2008 he was 72 years old and had likely never logged on to France’s popular dating site Meetic. His philosophical gripe with Meetic is that “in the name of safety for the individuals involved,” it arranges potential relationships “through advance agreements that avoid randomness, chance encounters, and in the end any existential poetry … to avoid any immediate challenge, any deep and genuine experience of the otherness from which love is woven.”

There is a logical gap in the argument that online dating is the largest contributor to failed love as a result of the way matches are arranged, given that Badiou believes the triumph of love comes not in the romance of ecstatic beginnings but in the duration of love’s “tenacious adventure.” Anyone who has participated in online dating would probably not think of safety and comfort as hallmarks of this dating genre. It is much safer to meet someone over time through an existing social network at work or through friends than to sit face-to-face with the person behind a profile. Whereas the profile might have been humorous, inviting, and physically attractive, the person might be witless, married, or simply lacking the requisite spark, no matter how much he or she resembles his or her pictures. Online dating does not eliminate or even mitigate the chance in the initial encounter.

The trouble with hedonism is not the reduction of love to sex, though that is one possible version of the hedonic threat. The real peril of hedonistic love is the notion that love is a personal goal to be fulfilled, like any other target on a five-year plan:

Under the hedonic threat, love is not a transcendent traversal of the “bridge … between two solitudes.” Love becomes instead an accomplishment designed to bring us pleasure even if—like a kitchen remodeling project—it requires some sacrifice, tedium, and compromise. Love here becomes a perverted project of the self rather than “an existential project: to construct a world from a decentred point of view other than that of my mere impulse … to re-affirm my own identity.”

In the end, as much as Badiou and the rest of us might love to hate it, online dating is not a serious threat to love. Anyone who has tried it can assure him that no matter how sophisticated the algorithm, online dating will never strip the chance out of the chance encounter. It cannot make strangers familiar. Love of the existential sort that philosophers revere is under a more pernicious threat whose outcome transforms love into a self-improvement project rather than an opportunity to transcend, however imperfectly, the stubborn myopia of one’s own subjectivity.

In Praise of Love