Audio Companions
Some years back, the cultural critic Stephen Metcalf noted, in a smart review of a new essay collection by David Sedaris, that we turn to radio for companionship. Companionship might appear to be ... 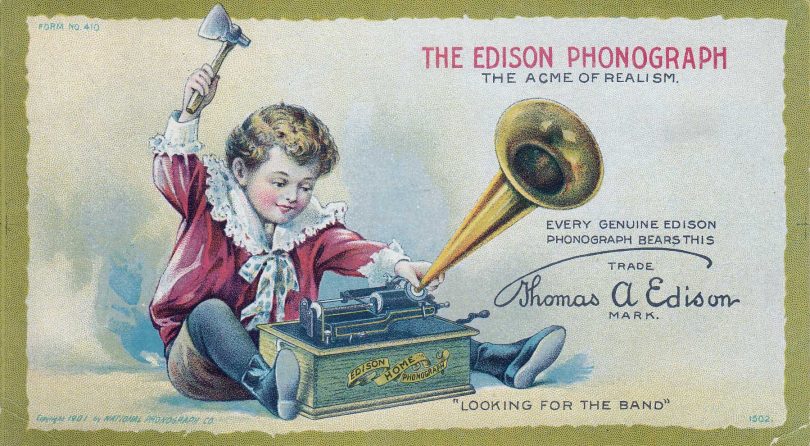 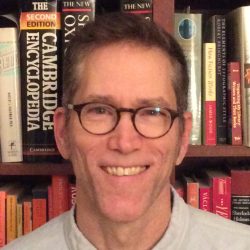 Some years back, the cultural critic Stephen Metcalf noted, in a smart review of a new essay collection by David Sedaris (whose breakthrough famously came via a story he told on NPR), that we turn to radio for companionship. Companionship might appear to be even more at a premium today, to judge from the popularity of talk radio, whether brown-shirted or high-minded; of streaming and casting services, such as Pandora’s taste-predictive playlists and Sirius XM’s curated programming; of podcasts and their range of political commentary, serial nonfiction, recorded stand-up, and taste niches; and, of course, audiobooks, offering genres from the novel to the self-help manual. Dittoheads, pundit addicts, commuting literati, narrowcast enthusiasts: these are the surrogate friends we find aurally.

In this audio ecology, recorded books hold a singular place, a status lucidly explored in Matthew Rubery’s The Untold Story of the Talking Book. Moving from the fantasized audiobooks of Thomas Edison’s era to our moment of clouds and downloads, Rubery’s history is restricted to literary recordings. Racking up discoveries—Dylan Thomas was the tipping point for the commercial viability of audiobooks! The Sony Walkman was originally called the “Sound-About”! Brad Pitt’s aspirational Spanish!—Rubery attends, generously, industriously, and rewardingly, to listener correspondence and producer interviews. But the book shies away from the implications of one of its central insights: the insistence of Rubery’s historical actors on intimacy, on the audiobook’s conjuring of companionship, vulnerability, and affection.

The Untold Story of the Talking Book features a three-part structure both jerry-built and ingenious. Part I briefly documents reactions in the 1880s and 1890s to the rise of “tinfoil” literature—and the surprising calm with which the death of the book was envisioned. Part II details most richly how the American Federation for the Blind and the Royal National Institute of Blind People published audiobooks for the visually impaired in the 1930s and 1940s. Without grandstanding, Rubery thus establishes a paradigm for audiobook appreciation based on the experience of blind readers. Orbiting consecutively the commercial publishers Caedmon, Books on Tape, and Audible, Part III describes how audiobooks are now marketed and legitimated for sighted readers on the move. Taste debates, performance styles, author reactions, audio porn—Rubery taps the archive for a rich history of reading. Would all of us so MacGyver our monographs.

Felt in the grain of family and voice, intimacy is a key to the audiobook phenomenon.

I have had passing, mildly haunting contact with audiobooks. An abridged, vinyl Johnny Tremain in my youth; the Bob and Ray skits passed down by my father; a commute when—sure that I had found the author who is at once highbrow and cassette-flipping—I was unable to follow Our Man in Havana, instead was constantly and maddeningly rewinding, the rewind that always has you rewinding further back than you intend, forcing you to hear yet again the part you previously rewound to, the one you thought would clarify the plot, but didn’t, and again, and again, an infinite regress of stupid; or listening to Madison Smartt Bell’s first novel about the Haitian revolution, the same damn chapter over and over, sure that, in my inattention, I was a fraud, audiobooks being the easy way. Did I mention that, during grad school, my spouse once drove 10 hours for a fleeting weekend visit, only to park and listen to the 11th hour of Henry James’s Washington Square?

The appeal of audiobooks is partly rooted in these experiences of shame, envy, and desire. Spoken-word culture itself might rest on a more profound vulnerability. When my mother died a year and a half ago, I was compulsively drawn, in the aftermath, whenever there was downtime and I was by myself, to listen to audio, almost solely music, especially song. I had to have word and melody, recorded and ambient—not through earbuds. I wanted the surround of sound, provided, excruciatingly, by my mother’s disused Bose system, now loud in the kitchen, amniotic elsewhere. 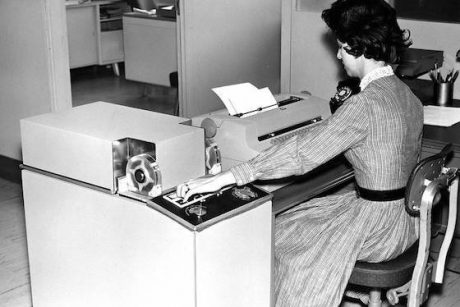 From Bartleby to Scrivener for iOS

Grief calls for distraction. But why not TV, or movies? Why song? Grief calls for escape. But why not books or screens? Grief, it seems, calls for music, and especially the texture of human speech. I am surely not alone here, prompted by a loss that is the loss of a primal music, the intended sound heard before our ears are even terrestrial: the mother’s voice.

Felt in the grain of family and voice, this intimacy is a key to the audiobook phenomenon. The literary art in and of recorded books mirrors such intimacy: the proximity of lyric, the interiority of character, or the cognition of plot delivered through an expressive voice speaking to us, individually. The evidence is there for Rubery to read. He regularly calls on Edison’s first recitation of “Mary Had a Little Lamb” as recorded audio’s cultural origins. In the beginning was the word, and the word was in the nursery. The Untold Story notes that children’s audiobooks from 1917 were shaped like hippos, explains Willa Cather’s ideal of childhood read-alouds, describes the Caedmon label’s kids’ market, and pinpoints “A Child’s Christmas in Wales” as pivotal for the mass genre.

Rubery doesn’t ask how audio readers regress to the pleasures and fears of the natal voice. He doesn’t acknowledge the deep structure of literacy that entails the convergence of sound and image in the child’s handling of books. (We carry this acoustic memory with us to the readings to which we now listen intently.) A reading of intimacy would require Rubery to make, not just discover, meaning. But while the natal voice and the print soundscape of childhood go unheard in The Untold Story of the Talking Book, the missed opportunities hardly detract from Rubery’s achievement. The book is available on CD or through Audible. Strap on your Sound-About and give it a listen.

Featured image: “The Edison Phonograph: The Acme of Realism” (1901) 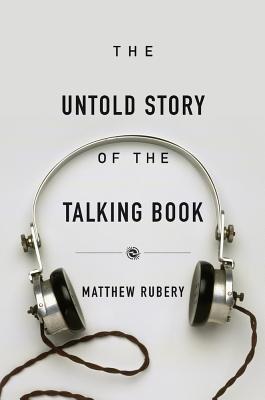 The Untold Story of the Talking Book