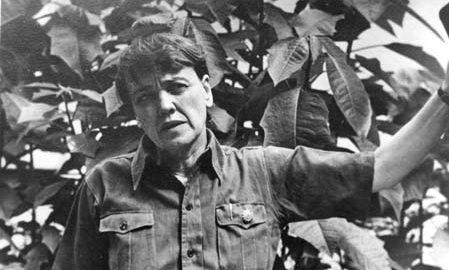 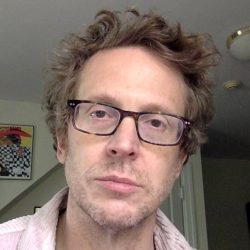 Agnes Smedley, activist, journalist, and radical, wrote her autobiographical Daughter of Earth in 1928, after eight years of European exile from her native US. When I picked it up last year, I expected what American leftist novels of this period specialize in: a story of deprivation, struggle, and resilience, exposing the systematic inequalities that capitalism demands while holding out hope for some core human goodness, something off-limits to money’s pollution. What I found was a book saturated in ill humor and bitterness, its worst moods often emerging from conventional forms of intimacy between people: family, sex, marriage, romance. Counterintuitively, that surliness keeps the novel fresh and compelling.

Daughter of Earth is a first-person bildungsroman about surviving poverty and establishing oneself—always ambivalently—in the worlds of leftist activism and journalism. In some ways it is a familiar story: Smedley constructs her plot out of elements from novels by the likes of John Steinbeck and Tillie Olsen. Marie (Smedley’s lightly fictionalized stand-in) faces many challenges that stem from poverty and from her mixed European and indigenous ancestry: domestic strife (within her poor rural family in Missouri and then Colorado), lack of access to school, natural disaster, exhaustion, hunger, and frequent moves. Eventually, with the financial support of an aunt (of whom more shortly) she attends a business college in Arizona. There, she meets a pair of leftist Swedish siblings, who take her to San Francisco and immerse her in what the well-off, metropolitan world understands as “radical” life. She finally ends up in New York. Along the way, she has two abortions, is raped by a fellow leftist, and makes two failed attempts at long-term relationships with men.

What differentiates the book so strikingly from run-of-the-mill proletarian fiction of the day? Well, Marie has a terrible attitude and wants us to know it. Tonally, Smedley gets this across partly by the notable absence of any faith or “can do” spirit. But there is no shortage of direct statements: “I harbored injuries and hatreds in my heart,” she confesses early on. “The ways of life had taught me no tenderness.” When she moves to the southwest at one point, she declares, “The Arizona desert came closer to my spirit than has any place I have ever known.” Much later in the book, as she reflects upon her brother’s being forced to fight in a war between imperial powers, she tells us, “I do not write mere words. I write of human flesh and blood. There is a hatred and bitterness with roots in experience and conviction. Words cannot erase that experience.”

This battle waged via tone and temper reminds me less of other proletariat fiction of its era than of moody 19th-century heroines like Louisa May Alcott’s Jo March and Charlotte Brontë’s Lucy Snowe. Its source, throughout, is the suffocating quality of what counts as a successful, happy life for a woman: marriage, childbearing, and childrearing. Marie feels repulsed by the idea of loving a single man. She watches marriages, including her parents’, transform into arenas of violence and emotional deadness. As she learns about sex, she sees it as instrumental and oppressive. And she turns this all against herself, almost reveling, at times, in dejection: “How did it happen that we had always been poor? I resented everything, hating myself most of all for having been born a woman.” As an early adolescent, she pledges, “I would not be a woman … I would not.” 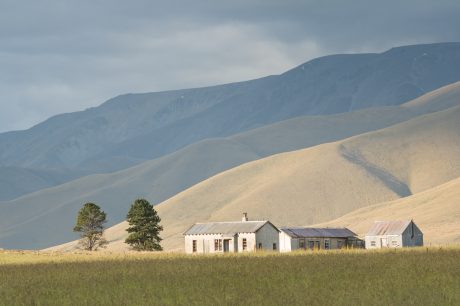 By Alex Calder
As this last declaration especially demonstrates, there is something almost proto-punk about Marie’s self-authored refusal, abjection, and negativity. These counterintuitive strategies of survival are what makes the novel so different from those of Steinbeck and his ilk. The main source of positivity in Marie’s world is her Aunt Helen. Living openly as a sex worker, Helen is the one woman Marie knows who successfully evades the constrictions of femininity.

Economically, Helen is better off than anyone in Marie’s immediate family, and even sends them money when Marie’s father fails to support them. She intervenes, almost to the point of physicality, in the father’s cruel treatment of Marie’s mother. She helps Marie with school tuition. But mostly, her shining, well-fed, well-coiffed example advances Marie’s education in the moral hypocrisy of private life under capitalism. “To me her profession seemed as honorable as that of any married woman—she made her living the same way as they made theirs,” Marie notes, elsewhere stating directly, “In my hatred of marriage, I thought that I would rather be a prostitute than a married woman.”

Very much against the grain of most standard leftist work, Daughter of Earth remains unsettled and unsettling throughout. It ends not with a political victory, or marriage, or even some personal triumph, but with a rote, quotidian breakup. Moreover, the novel defamiliarizes origins and identities in both a specific and a broad way. And here Marie’s indigenous ancestry comes to look very unfamiliar, displaced from any firm understanding of “identity.” It comes up only fleetingly, most powerfully when she tells a belligerent, pro-war work colleague: “My people were so American that this was their country before any white men came here!” Indigeneity provides no anchor for her whatsoever. Some readers may see this as a betrayal, or even a passive attempt to claim whiteness. I see it as part of the novel’s overall lack of interest in settling in any already established place of self-understanding, much as Marie finds no home or solace in the category of “woman” itself.

Very much against the grain of most standard leftist work, “Daughter of Earth” remains unsettled and unsettling throughout.

I can’t help coming back, in conclusion, to the startlingly unconventional remainder of Agnes Smedley’s life. Before the Feminist Press’s reprint of Daughter of Earth in 1987, those later years were her only claim to fame. Even the bare facts are dizzying: Upon settling in New York as the First World War heats up, she finds herself magnetized by the Indian anti-colonial struggle and her encounters with its exiled leaders. In the authoritarian domestic atmosphere of the war, she is arrested as a spy and imprisoned without trial for months. When the charges are dropped, she moves to Germany to continue the work, becoming sexually involved with several Indian exiles and their allies.

Rejecting an offer of marriage, she departs for Shanghai, to cover the war with Japan for a German newspaper. Again, she finds her way into revolutionary circles, though the Chinese Communist Party rejects her as too unconventional when she applies for membership. Her affairs continue, and she ends up, according to multiple histories of espionage, a “triple agent,” at various times gathering and transmitting information crucial to the US, the Soviets, and the Chinese. Finally, she returns to the US for most of the Second World War, becoming a respected expert on the Chinese revolution, until she is accused of anti-US spying by Douglas MacArthur himself. Eventually, HUAC calls her to appear, but she dies of a grave illness on the eve of her testimony.

There is no point wishing for the novel Smedley would have written about her complete life. But even this novel about her early years prefigures a later leftist impulse: to reject the abstractions of identity—as woman, as American—and instead embark on a difficult and often disappointing quest for some not-yet-named alternative. 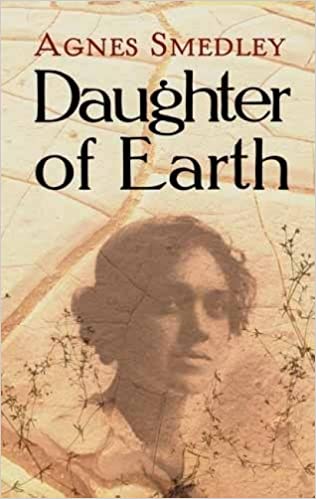