B-Sides: Annie Dillard’s “An American Childhood”
I first read it as a teenager in Cleveland, Ohio: sitting on a concrete wharf by Lake Erie with the interstate at my back; sitting on a bench in the hardwood forest of a ... 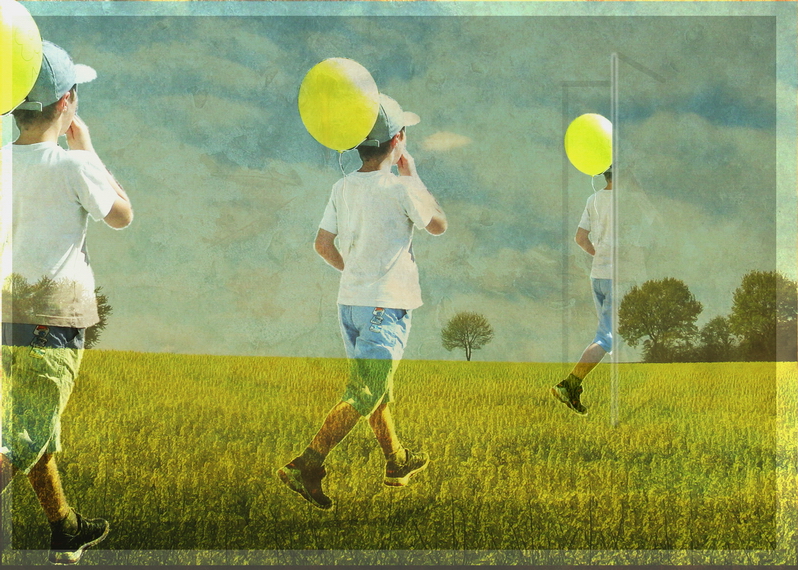 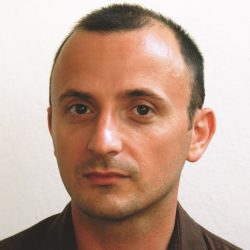 I first read it as a teenager in Cleveland, Ohio: sitting on a concrete wharf by Lake Erie with the interstate at my back; sitting on a bench in the hardwood forest of a county park; walking on suburban sidewalks by pizza joints and strip malls. I couldn’t understand the effect it had on me. I felt both exhilarated and irrelevant, awake, free of self, present with my surroundings. The book told of a deeper world inside the atoms of anything the mind perceived.

I stopped on the sidewalk and reread a page while the cars passed. I kept walking, stopped, thought, and read the page again. My mind became the page. Twenty-four years later I see that the teenager who felt at one with this book understood it only obscurely; all the same, he was alive to it in a way the adult mind can never replicate. We grow egos in order to save ourselves from upheavals like this.

An American Childhood (originally published in 1987, when Dillard was 42) is about the coming-into-being of consciousness. If a memoir is a record of events as filtered through the author’s memory, it’s safe to call this a memoir, but its narrative intelligence doesn’t feel like an ego testifying to its adventures. Dillard remains in the background in deference to the Pittsburgh of the 1950s and ’60s—a subject both specific and rangy enough to contain jazz, jokes, the technique of a joke, the results of the French and Indian War, her mother’s skin and clothes, church manners, baseball, dances, nuns who roll footlessly like tanks, streetcars, rock collections, and the Allegheny and Monongahela Rivers, which meet at Pittsburgh and form the “westward-wending Ohio.” The author’s name appears nowhere in the text.

Dillard struggles to conform her mind to the material world that is its natural subject, but over the course of the narrative, adolescent self-consciousness emerges to bedevil and stymie her.

I had been transparent to myself, unselfconscious, learning, doing, most of every day. Now I was in my own way; I myself was a dark object I could not ignore. I couldn’t remember how to forget myself. I didn’t want to think about myself, to reckon myself in, to deal with myself every livelong minute on top of everything else—but swerve as I might, I couldn’t avoid it. I was a boulder blocking my own path. I was a dog barking between my own ears …

After adolescence, we probably never stop being self-conscious, except while we sleep. But when we speak of “feeling” self-conscious we underscore a special anguish, an acute awareness of our separateness. Nothing could be further from Freud’s indelible description, in Civilization and Its Discontents, of an infant perceiving itself as undifferentiated from the world: a sense adults recall as something limitless, “oceanic.” Later on, the infant won’t so much discover the world outside as construct it by erecting a wall across a previously unbounded consciousness. According to Freud, the ego “separates off an external world from itself.” Because we know that we are also part of the world, we suffer the further anguish of having exiled ourselves from ourselves.

Dillard’s homesickness for Pittsburgh doubles as a homesickness for the unselfconscious mind of childhood, which she can only observe now at a distance, sequestered in a pine shed on Cape Cod, an adult writer “concentrating, lost in the past.” She half believes she can hear her mother coming across the grass—only to wake and “break up through the skin of awareness a thousand times a day, as dolphins burst through seas.” Dillard’s narrator is not an ego but the “I” of the transcendentalists, possessing knowledge it has come by from realms beyond the physical: “The poems whispered in my ear the password phrase, and I memorized it behind enemy lines: There is a world. There is another world.” Dillard’s mind paradoxically digs into itself to get out, as through a wormhole, into the world of beetles, ferns, minerals: the physical things charged with numinous meaning that would become the subject of her later work.

Self-consciousness may have separated us from the world, but it is also our most robust remaining connection with the world.

Dillard regards this struggle to free ourselves from self-consciousness as a tension elemental to the species, immune from cure. The mature mind therefore has to come to some accommodation to make all this knowingness worthwhile. And the bravura passages of the book—both analytically incisive and sweeping in their music—are the long metaphors through which she surveys this dilemma. She describes the adult “I” looking at the world as at a map.

“When everything else has gone from my brain,” she writes on the first page, “what will be left, I believe, is topology: the dreaming memory of land as it lay this way and that.” Sad to have to say “topology” rather than “Pittsburgh,” but that is exactly the problem: the adult knows the logos of the place better than the place itself. Even when everything else has left her brain, she will revert not to the infant’s oneness with the place, but to the adult’s study of it.

Our exile from childhood is permanent—yet An American Childhood avoids being a sentimental celebration of lost innocence. In Dillard’s reckoning, the emotional effect of our ability to be in the world and know it is finally not despair, but rejoicing and gratitude.

If you notice unbidden that you are afoot on this particular mountain on this particular day in the company of these particular changing fragments of clouds,—if you pause in your daze to connect your own skull-locked and interior mumble with the skin of your senses and sense, and notice you are living,—then will you not conjure up in imagination a map or a globe and locate this low mountain ridge on it, and find on one western slope the dot which represents you walking here astonished? …

What is important is anyone’s coming awake and discovering a place, finding in full orbit a spinning globe one can lean over, catch, and jump on. What is important is the moment of opening a life and feeling it touch—with an electric hiss and cry—this speckled mineral sphere, our present world.

Self-consciousness may have separated us from the world, but it is also our most robust remaining connection with the world. “Your very cells have been replaced,” but you still have access to the oldest of sensations, like the one that happens when you lower your foot into a hot bath: “You feel the chill spread inside your shoulders, shoot down your arms and rise to your lips.” What matters, the book concludes, “is the dizzying overreal sensation of noticing that you are here.”

This feeling of “noticing you are here” may echo the infant’s old oceanic one, but the two will never be the same. The infant knew neither “I” nor “here”—nor the shortness of life, such that we will later prize just a moment of illumination among the dwindling years. A foot in a bath. A book that stops your heart and seems to know what your mind is for. 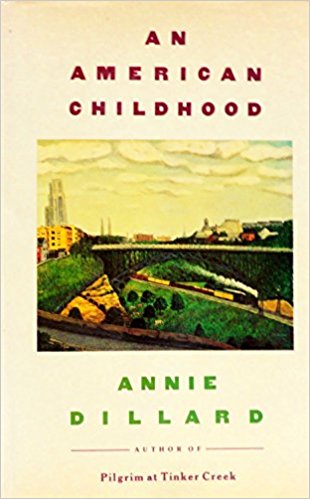