B-Sides: Carmen Laforet’s “Nada”
When freedom will not arrive to us, can we get nearer to it? 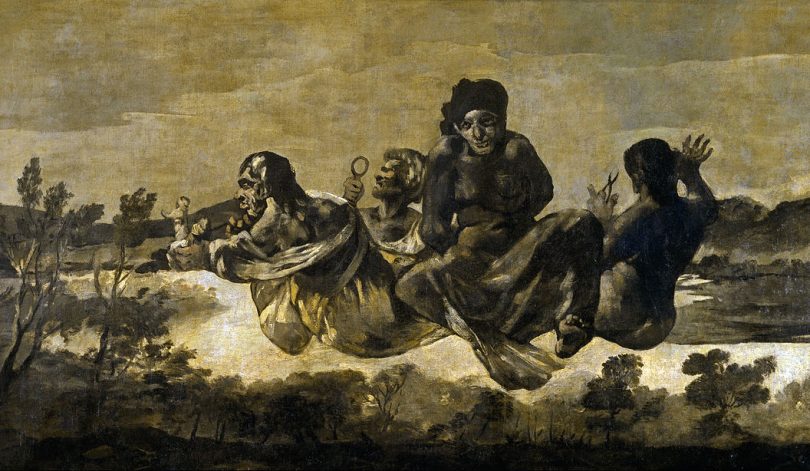 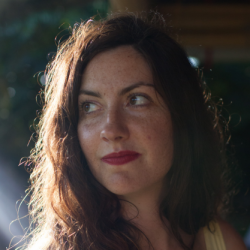 Carmen Laforet’s Nada (1944) begins with expectations unmet. In the opening scene of the Spanish-language novel, a young orphan from the provinces disembarks from a train in Barcelona to find no one waiting for her.

Andrea ignores the whipping night winds, lumps her book-laden valise, and hails “one of those old horse-drawn carriages that have reappeared since the war.” It materializes at the curb like an anemic ghost. She remarks the nearness of the ocean, the closeness of the crowd, and the charm of “the invariably sad lights,” willfully remaking Civil War–ravaged Barcelona into a gleaming and expectant urban space. The looming university that she has come to the big city to attend strikes her “as if it were a solemn gesture of welcome.” In spite of all indications otherwise, Andrea feels that everything awaits.

The novel, however, clobbers Andrea’s pluck, her hankering for beauty, her ravenous desire to get free. A young woman with ambition in this city, the retrospective first-person narrative insists, is anything but welcome.

The Barcelona of 1940, under Franco’s repressive totalitarianism, disappoints at every turn. The grand family apartment that Andrea remembers from childhood visits is an unkempt, dirty, and subdivided “atmosphere of perverse people and furniture,” a gothic remnant of a bygone world. Its inhabitants—her late mother’s relatives—are mean, neglected, violent, and volatile. The glimmer of financial independence recedes as Andrea fritters away her slim allowance and brings herself monthly to the brink of starvation. She becomes distracted from her studies; the best friend she obsesses over becomes distant; the boy she kisses is a dud; the Bohemian artists she befriends disband. There’s nothing—nada—waiting for a girl like that.

I return to Laforet’s meticulous anatomy of disillusionment when I, too, am let down—by an institution, an experience, a person. Not unlike contemporary novelists Katie Kitamura and Sally Rooney, or her Italian contemporary Natalia Ginzburg (long neglected and recently praised by Merve Emre, in a recent B-side on The Dry Heart), Laforet’s seething complexity recommends her.

Nada chronicles more than just the blow of disappointment. It also lays bare the coagulating shame of naiveté, the fussy readjustments young women must make as horizons diminish and possibilities are revealed as already foreclosed. “I didn’t have the same illusions now,” Andrea thinks, when she finally leaves the city again, “but the departure moved me as if it were a liberation.” It’s the as if that holds the diagrammatic potential. When freedom will not arrive to us, can we get nearer to it? 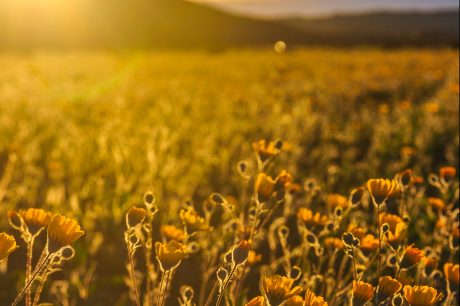 Laforet wrote the novel in a hurry, at age 23, to be eligible for Spain’s inaugural (and still prestigious) Nadal Prize. Nada is semiautobiographical, drawing loosely on the author’s stint at the University of Barcelona while living with relatives she described in a letter as having “characteristics so peculiar that they are caricatures.” Cribbed largely from earlier notes and epistolary fragments, the deadline-driven clip of the novel gives it a taut urgency. Its quick pulse did, indeed, net Laforet the Nadal Prize and cement the novel’s reputation as a Spanish classic. Despite Laforet’s prolific career, during which she endeavored to square an interior life with an actual one, Nada is often dismissed as a one-hit wonder. The Catalan author Juan Goytisolo famously quipped, “Después de Nada, nada” (After Nothing, nothing).

Scholars often align Nada with Tremendismo—a flickering literary movement that emerged out of post–Civil War Spain and emphasized rote violence and the grotesque. Presaged over a century earlier by the murky, malevolent stylings of Francisco de Goya’s gruesome Black Paintings, made in the wake of the Napoleonic Wars, Tremendismo’s bitter pessimism is marked by bleak ochres, grisly sputtering, gauzy impressions, antic behavior, and unalterable darkness.

“I was realizing, for the first time, that everything goes on, turns gray, is ruined in the living,” Andrea thinks to herself while regarding her own gaunt young face in a mirror. Language, like the feverish brushstrokes of Goya’s interior murals, is poised to disfigure even youth’s optimism.

Laforet’s fatalism lends itself to predictably gendered critical misrecognition. Mario Vargas Llosa betrays his bias, describing Laforet’s prose as “entre exaltada y glacial” (between frantic and frigid). By the Nobel laureate’s lights, Nada works because the author doesn’t give into the perceived pitfalls of lady literati who always seems to be either too cold or plagued by what Andrea self-consciously calls her “burden of sentimentality.”

But Vargas Llosa gets Laforet wrong. She does not eschew emotions; she displaces them.

“Nada” teaches us how to harbor our errant hopes so that they are waiting for us when no one else is.

As Andrea grows hungrier, for instance, the fruit in her relatives’ ornate still lifes swell with fecundity. When Andrea is treated callously by her relatives, she makes no direct mention of it—instead, the sugar bowl at the center of the dining table appears devastatingly empty of all signs of its once-upon-a-time sweetness. The extreme beatings doled out by an uncle to his wife are barely a narrative blip—a muffled scuffle behind an adjoining wall—but when the aunt emerges, her wet hair is described “as dark and viscous as blood on the pillow.” Andrea’s disinclination to love her pious grandmother occasions no “tender palpitation.” Instead, that palpitation is attributed to the blue silk of her grandmother’s dress in an old portrait.

Histrionics aren’t absent in Nada, they are embedded in what Laforet calls “the precincts of intimate things.” She hides her feelings in plain sight.

Nada’s alienation produces its most soothing caprices. In one particularly painful scene, Andrea returns home from Christmas Mass with her grandmother to find a knock-down, drag-out fight in full swing. Her aunts accuse one another of stealing Andrea’s lone heirloom—a delicate lace First Communion handkerchief. Its disappearance was discovered after one of them rifled through the suitcase containing Andrea’s scant underwear.

With heat rising in her cheeks, Andrea is forced to admit that she gifted the kerchief to the glamorous, wealthy university friend who has shown her attention, picked up her bill in the cafeteria, and become a beacon of life outside the grim household. “Being able to give Ena a gift so delicately beautiful compensated for all of the wretchedness of my life,” she thought, as she landed upon the token to give.

Happy as she was while basking in her friend’s gratitude, Andrea becomes wracked with shame when she is outed. The scene ends in name calling, blows between a brother and sister, a crying fit, and her grandmother’s inconsolable sadness. “I thought that any joy in my life,” Andrea recalls, “had to be paid for with something unpleasant.” 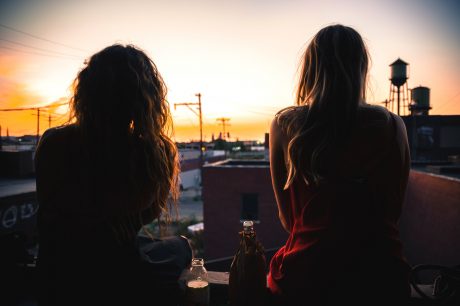 With disillusionment and viciousness now a foregone conclusion, Andrea seeks out other pleasures—the look of the street below, like “an immense golden pastry shop,” or the dark comedy of the sonic background to this holiday-ruining scene. “Since the excited parrot was shrieking and [the cheerless maid] was singing in the kitchen,” Laforet writes wryly, “the scene was not lacking in a certain humor.”

These pockets of amusement and alleviation are why I return to Nada time after time. Far from being glib or unsentimental, Laforet adds a wrinkle to Tremendismo’s perceived nihilism. She stashes her feeling in escrow. It’s the distended voices “heavy with water, like clouds swollen with spring.” It’s the mansplain-y boys “infected with literary measles” who stand and deliver their freshly inked poems. It’s the “peculiar odor” of black clothes and the notes of a song that “always seemed blue.” It’s the swift and sardonic dismissal of the come-on “So you’re alone, eh?” that in another novel would herald the predictable romance that delivers our protagonist from her sorrows. Instead, Andrea is immediately filled with disdain. She thinks: “He began to annoy me.”

In the end, there is an escape of sorts for our protagonist. But the final departure is not the important one. The critical comings and goings have been unfolding all along: as solo night walks in the shadow of the cathedral of martyred St. Eulalia; in the sound of a passing train whistle, “distant and nostalgic”; during an inadvisable splurge on a restaurant’s saffron-infused soup; in “a feeling like expectation” (emphasis mine). Disappointment is an inevitable part of living. Our best-laid plans go awry. We depart only to arrive again. Still, Nada teaches us how to harbor our errant hopes so that they are waiting for us when no one else is. 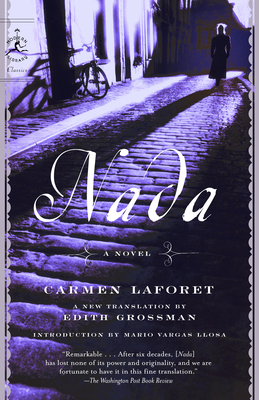