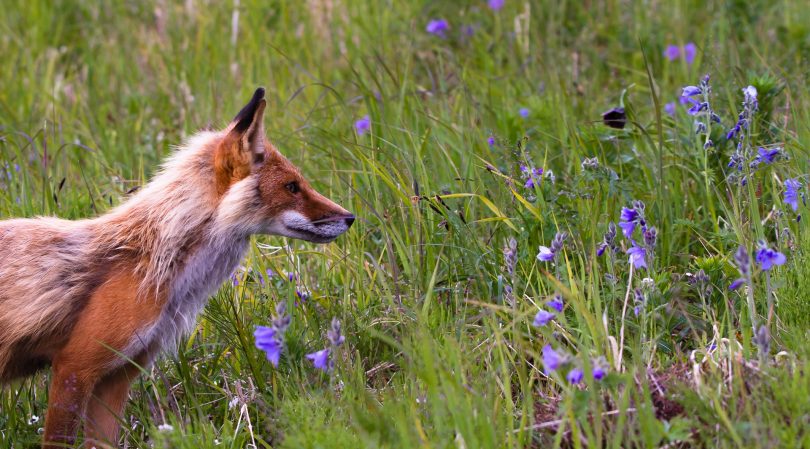 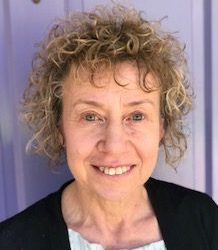 The publication of David Garnett’s first novel, Lady into Fox, shot the author into literary stardom, winning both the Hawthornden Prize and the James Tate Black Prize for Fiction. Despite his success in his own day, however, Garnett the writer (son of Constance Garnett, storied translator of Tolstoy and Dostoyevsky) has receded from view. If it weren’t for his colorful sex life among the “Blooms Berries”—as Katherine Mansfield dubbed the influential modernists at the time—his prolific writings might have been forgotten. Much talked about as the lover of the artist Duncan Grant and later as the middle-aged cradle-snatcher of Grant’s daughter, Angelica Bell, “Bunny” Garnett nibbled more than his fair share of Blooms Berries, while also browsing on exotic fruit from other gardens.

Published by Chatto & Windus in 1922, the traditional annus mirabilis of modernism, Lady into Fox has received little attention from scholars of the movement. This neglect is partly owing to the story’s genre: Kafka’s The Metamorphosis (1915) aside, fable and fantasy tend to be marginalized in modernist studies. Fable is also associated with children’s literature, and the first edition of Lady into Fox could have been mistaken for a children’s book. Barely 90 pages long, it was illustrated with charming woodcuts by the author’s first wife, Ray Garnett.

Despite its juvenile appeal, however, Lady into Fox is a very grown-up story drawn from multiple literary sources. As a tale of animal metamorphosis, the novella harks back to Ovid, as well as to a global treasure trove of folktales about animal brides. Even there Garnett belongs only obliquely. Barbara Fass Leavy’s In Search of the Swan Maiden shows that in folktales many species—not just swans, but also cats, foxes, frogs, moose, pigs, and seals—are married by choice or by force to men. Sometimes these brides are restored to their original human form as a reward for their domestication; in other cases, they revert to wildness. In Garnett’s fable, though, the wife turns into a fox, rather than the fox into a wife. 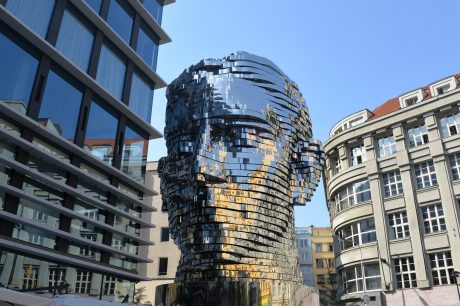 In 1879, Richard Tebrick marries Silvia Fox without suspecting that his modest country bride might take after her name. The metamorphosis occurs when the couple is strolling in the woods: “Where his wife had been the moment before was a small fox, of a very bright red.” Barely doubting that this vixen is indeed his wife, Mr. Tebrick sneaks her back into their home.

From then on the Victorian husband has to learn to share a house with a wife who grows foxier by the hour, despite her ludicrous efforts to remain a lady. Encouraging these efforts, Mr. Tebrick dresses her in feminine garb and feeds her grapes—on Aesopian authority—to erase the stench of fox. Nonetheless, while reading Samuel Richardson’s Clarissa aloud to his wife, Mr. Tebrick realizes that her attention has pivoted toward a caged dove rustling nearby; her reversion to nature seems inevitable. Dismayed by her behavior, Mr. Tebrick takes to drink, spending the night in such “beastly” depravity that the narrator primly draws a veil over the details.

In this marital contest, both spouses seem to be striving to convert each other to their mode of being, as if they were confusing kin with kind. Mr. Tebrick tries to change his wife back into a woman, while Mrs. Tebrick tries to drag him down—quite literally—to her own level. She succeeds in coaxing him onto “all fours” during his drinking binge; presumably she also lures him into bestiality, although this inference is left to the prurient reader. When she finally flees into the forest, it is her husband who goes animal, turning into “a touzled and disheveled figure” who rejects his own species much as Gulliver repudiates his fellow Yahoos after his encounter with the Houyhnhnms. Lovesick for his animal bride, Mr. Tebrick never regrets the disappearance of his human wife: “No, all that he grieved for now was his departed vixen.”

Eventually Mr. Tebrick rediscovers his vixen in the woods, where she proudly presents him with her litter of five cubs. Although jealous of their dog-fox sire, her husband persuades himself that his honor cannot be “sullied by a beast” and that his wife “does right to be happy according to the laws of her being.” Thereafter he comes to love her family, christening her cubs and giving his favorite the name Angelica. He even promises to pay for their education. This idyll comes to a violent end when a pack of foxhounds catches scent of Silvia, who springs into her husband’s arms just before the dogs close in for the kill. Both Tebricks are “terribly mauled,” but the husband survives the attack, whereas the vixen dies in his embrace.

“Lady into Fox” invites allegorical interpretation, but also destabilizes any one-to-one correspondence between symbol and meaning.

Garnett’s modernist contemporaries were enraptured by the story. “At last, at last, the Hawthornden has chosen the right book,” Virginia Woolf enthused. Joseph Conrad declared, “The whole psychology of man and beast is, I should say, flawless, in essence and exposition.” Even H. G. Wells chimed into this chorus of acclaim: “It is as astonishing … [as] a new sort of animal … suddenly running about in the world. It is like a small, queer furry animal, I admit, but as alive, as whimsically inevitable as a very healthy kitten. It shows up most other stories as the clockwork beasts they are.”

The novel’s popularity transcended the battle of the “brows,” appealing to those with both high and low tastes. Its catchy title generated many spin-offs, both in fiction (including Christopher L. Ward’s playful parody Gentleman into Goose) and in advertising (the National Fur Company adopted the tagline “Lady into Mink” in 1935). As late as 1962, the French writer Vercors (aka Jean Bruller), author of the most famous novel of the French Resistance, Le Silence de la mer (1942), inverted Garnett’s fable in his novel Sylva, where a fox turns into a woman. A ballet version of Lady into Fox opened in London in May 1939, and several movie versions have been proposed, though none produced. The last bid was made by an Australian filmmaker who hoped to shoot the film with a cast of real foxes, but despite months of training, like Silvia Fox, they preferred to stay wild.

Critics today remain wary of Garnett’s fable, suspicious of its implicit sexism. Gay Wachman describes Lady into Fox as a “whimsically misogynist fantasy.” In a similar vein, John Lucas in his study The Radical Twenties interprets Garnett’s novel as a reaction against women’s growing power in the public sphere: “Lady into Fox implies that the real prison cage is the feral nature in which women are trapped and from which they perhaps can’t be freed, no matter how solicitous their menfolk happen to be.” This reading, in my view, underestimates the novel’s foxiness. For one thing, Lucas assumes that the story takes the husband’s side, whereas Mr. Tebrick is presented as a stuffed shirt whose solicitude would be tyrannical if it weren’t so fatuous. Even his sanity is put into question: the local gossips think he has gone mad because his wife has run off with a lover, reducing him to a shaggy and deluded misanthrope. 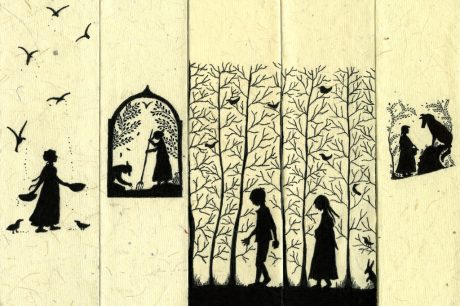 In the tradition of animal fables going back to Aesop, Lady into Fox invites allegorical interpretation—but also destabilizes any one-to-one correspondence between symbol and meaning. For this reason the story lends itself to contradictory interpretations. On the one hand, Mrs. Tebrick could be seen as a proto-feminist who escapes her oppressive marriage to take a dog-fox as a lover, only to be hounded to death by the forces of convention. Alternatively, she could be seen as a New Woman whose animal lust imperils the foundations of civilized society. An early reviewer observed: “Like life itself this little story is continually suggesting an allegory without being one.”

Garnett himself insisted that critics who search for hidden meanings are wasting their time, “for the value of all works of art is their face-value and not a hidden value.” Nonetheless he later contradicted this assertion, claiming that Lady into Fox does contain a moral—or an anti-moral: namely, the absurdity of the idea of marital fidelity. But this self-serving moral also misses the point. To my mind the story gestures to something darker than adultery, something more like Jacques Lacan’s cryptic axiom: “There is no sexual relation.”

What we behold in Lady into Fox is the breakdown of a marriage brought about by the fundamental incompatibility between the sexes. Garnett’s story intimates that the sexual relation rests on the delusion that kin can be converted into kind. If the fable also applies to same-sex love (and I think it does), then perhaps Garnett’s point is darker still: every kind attempt we make to “claim kin” with one another is a sort of violence. Wild we begin toward one another—at day’s end, wild we remain.

Featured image: A fox in a field with violet flowers (2015). Photograph by Dana Critchlow / Unsplash 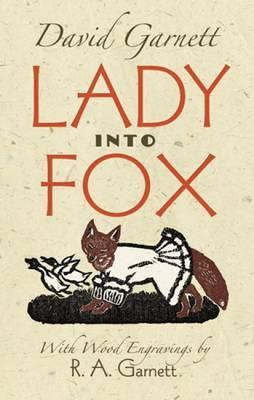