B-Sides: Denis Williams’s “Other Leopards”
Denis Williams was a painter in London, a novelist in the Sudan, an art historian in Nigeria, and an archeologist in his native Guyana: the polymath’s polymath ... 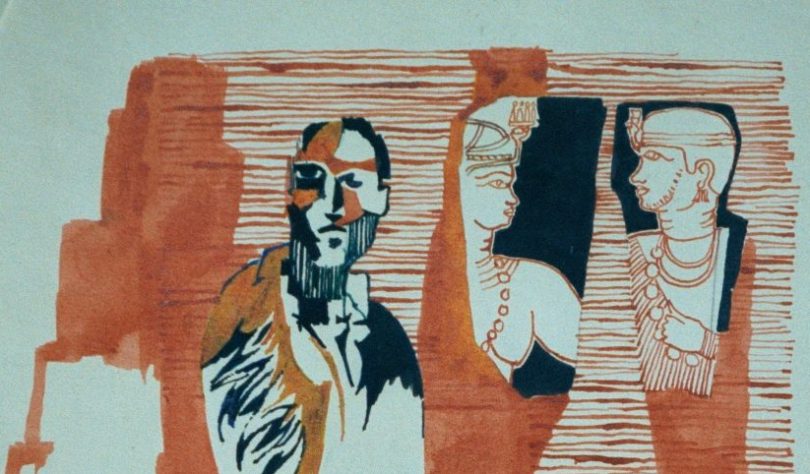 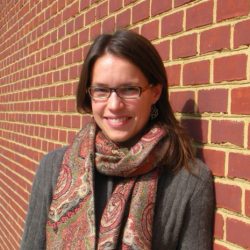 Denis Williams was a painter in London, a novelist in the Sudan, an art historian in Nigeria, and an archeologist in his native Guyana: the polymath’s polymath. He moved in and out of disciplines, institutional contexts, and metropolitan and anti-colonial politics in the era of decolonization. Perhaps this restlessness explains his relative obscurity in any one field. His 1963 novel Other Leopards appeals precisely because it is disordered and contrarian—full of a thoroughly timely postcolonial ambivalence about disciplinarity, historiography, and possibly even history itself.

How best to sum up the hardwired recalcitrance of the novel’s protagonist and narrator? Perhaps by saying that he’d likely be delighted by the daft list of descriptive metadata that JSTOR currently associates with this novel:

This preposterous list appears at the head of an excerpt originally published in the November 1963 issue of Transition, one of the premier political and cultural journals of anglophone Africa in this era. As excerpted, Other Leopards may seem a good match for Transition, striking a political note of postindependence disillusionment. It opens with a prime minister’s rousing speech in Jokhara (a lightly fictionalized Sudan), then goes on to describe political strife between the Arab Muslim north and the Black Christian south, as well as a strike by latrine workers that leads to a coup d’état. “End of the private joke of democracy, first try; no crying; no regrets,” remarks our narrator.

But Other Leopards is also a novel about art and culture. The narrator is a West Indian archeological draftsman working at a dig site near Meroë, an ancient city on the Nile. He has come to Africa on a quest for “this ineffable what’s-it, this identity,” but he remains ambivalent about his African roots, Caribbean upbringing, and European education. He’s stuck in a hell of his own making: his friends call him “the Uncommitted African” (there’s more than a little Frantz Fanon here, not to mention Jean-Paul Sartre). He has two lovers: Kate, a white woman from Wales, and Eve, an Afro-Guyanese woman also living in Jokhara. He is equally vicious to both of them. What of verandas, knees, and pumps? Denis Williams the painter fills this novel with visual detail, color, shadows, edges, and spaces. He associates his lovers with landscapes: Kate with the “granite hillsides and ruins and legends and history” of Wales; Eve with the “dark silent creek-water” of Guyana and his “nameless yearning for origins.” (In short, the narrator’s contrarian charm occasionally tips over into trite and time-honored sexist stereotyping.)

JSTOR’s metadata manages, though, to capture the text’s more skittish tendencies, including the narrator’s nervous, staccato sentence construction; the overused semicolon; his psychic distress. At the level of syntax and style, Other Leopards refuses logical, grammatical connections of cause and effect, before and after; the prose often reads as the incarnation of what grammarians call parataxis. The desert, for example, blinks suddenly into view: “No shade much, thorns; branches withered. Acacia scrub; life irreducible.” 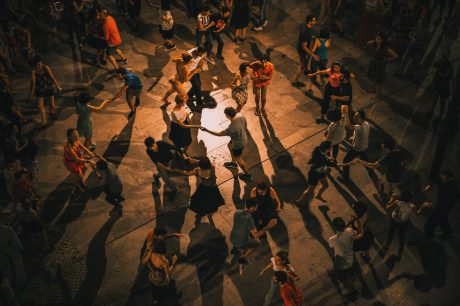 The narrator’s style flouts the orderly connections that undergird the smug colonial teleology of history writing. It also, though, registers his psychological disintegration, which is inextricable from his disciplinary training in art history and archeology. Our narrator excels at reproduction, congratulating himself on being able to “draw the modeling on a grain of sand 1:3 scale.” His employer is Hughie King, an Englishman who wants to put the ancient inhabitants of their dig site at Meroë “decently into history,” which would mean proving that they were Black. But Hughie wouldn’t presume to do this work himself—he sees it as his West Indian draftsman’s responsibility to his history and people. “Hughie’s Burden,” the narrator sneers, “Hughie … forcing me on to some tour de force of art-scholarship in which I’d single out the wheat from the chaff in Meroitic Art and demonstrate once and for all (better than and long before Ifé) the ancient creativity of this Negro kingdom, ergo, of my race.” The narrator rejects this burden and the art-historical scholarship it would entail. If the other option is forcing order upon history, he unhesitatingly prefers the madness represented by the novel’s jittery stream-of-consciousness style.

Ironically, Other Leopards’s hostility toward history gives it its literary-historical significance. It was written on the cusp between the exhilaration of independence (Sudan in 1956, Nigeria in 1960, and a raft of other Commonwealth nations soon thereafter) and the grim reality of power in the postcolony. It’s a search for identity—a West Indian returning to Africa—but set in the wake of the joyous Négritude movement of Aimé Césaire and Léopold Senghor. While the Barbadian poet Kamau Brathwaite had spent half a decade in Ghana by 1963, Other Leopards appeared well before he developed his celebrated concept of “nation language.” And Trinidadian novelist V. S. Naipaul hadn’t yet displayed his signature bullying scorn of Africa in In a Free State (1971) or A Bend in the River (1979).

Williams was born in British Guiana, won a British Council art scholarship in 1946, and thrived as a painter in London for about a decade; in the early 1950s he shared studio space with Francis Bacon, was cheered on by Wyndham Lewis, and placed work in This Is Tomorrow (1956), the watershed exhibition for the nascent British pop art movement. But in 1957 he left London behind for a job teaching in the Department of Fine and Applied Art at the Khartoum Technical Institute, in the newly independent Sudan. Indeed, he himself worked as an archeological draftsman on a European-led dig at Meroë.

Other Leopards asks, in essence, if the postcolonial subject’s identity can be formed in opposition to the disciplines and their colonial histories, or if it must instead be formed by entering, even acquiescing to, those disciplines. At a crux point in the novel, the narrator encounters an image of Amanishakheto, queen of the kingdom of Kush from 10 BCE to 1 CE. She is portrayed in relief on a pylon in the desert, flogging a group of slaves. In her millennia-old image, the narrator sees himself and all the other Afro-Caribbean characters in the novel, forever displaced by the legacy of the slave trade. He names her “The Queen of Time” but also identifies her with his lover Eve, making her both a figure of power and of sexualized violence. The narrator sees her as Black, but that vision collapses the colonial discourse that orders and historicizes art into history. The narrator decides to abandon “Hughie’s Burden,” because he cannot organize in time Amanishakheto’s power, the European slave trade, and his own present.

“Other Leopards” is not just a novel from the era of decolonization; it’s a novel about how hard it is to decolonize a discipline like history or art history.

This novel is not about an identification with the past as a basis for future development; it is a repudiation of historical time itself. Amanishakheto incarnates violence—she is a slave driver, in fact. Although the narrator’s identity has been shaped by colonial histories he’d like to be able to discard, the Queen of Time is neither an origin point nor a solution to the dilemma of his Afro-Caribbean identity. After all, it is slavery—in Africa and in the Caribbean—that shaped the narrator and the world he fled, only to arrive in front of this image.

Denis Williams himself suffered no such paralysis. From the Sudan he moved to Nigeria, taking up teaching positions, studying classical West African art forms, and publishing in the fields of art history and archeology. He wrote only one more novel. Unlike many other West Indian writers of his generation, he returned to an independent Guyana in 1967, believing that a national identity could only be built on a multiethnic, multiracial foundation that incorporated Guyana’s prehistory as well as its colonial-era history. He died in 1998, and Williams’s daughters, Charlotte Williams and Evelyn A. Williams, have since paved the way for scholarly study of his painting, writing, and art-historical and archeological work. (In 2002, Charlotte Williams also published Sugar and Slate, a remarkable memoir about growing up estranged from her father in a small town on the coast of north Wales.)

Other Leopards is not just a novel from the era of decolonization; it’s a novel about how hard it is to decolonize a discipline like history or art history. How do you undo systems of knowledge and representation that have shaped not just your education but your identity? The novel’s unbalanced narrator offers no practical solution, but he does act out Fanon’s claim—made in 1963, the same year Other Leopards was published—that “decolonization, which sets out to change the order of the world, is clearly an agenda for total disorder.” The Queen of Time summons and then collapses nearly every ordering opposition in the book—African and European; Arab and Black; Muslim and Christian; slave and free; word and image; ancient and modern; then and now. But not male and female—that one remains, even in a novel so opposed to essentialism that it treats “Verandas, Hell, Pumps, Ambivalence, Prime ministers and Knees” as equally apt objects for its jumpy, unhinged gaze. 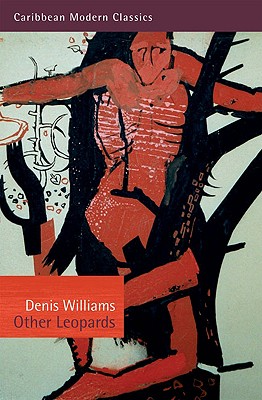