B-Sides: Geoff Park’s “Nga Uruora: The Groves of Life”
Environmental wisdom can arise from being a better reader. 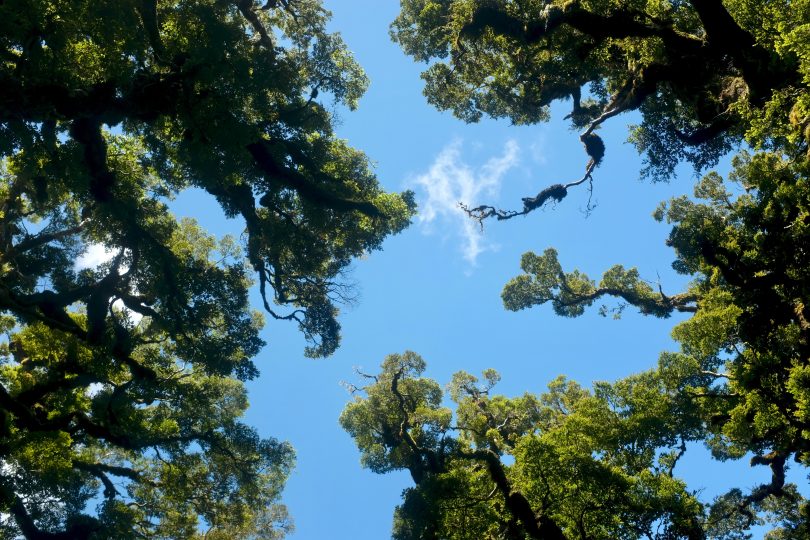 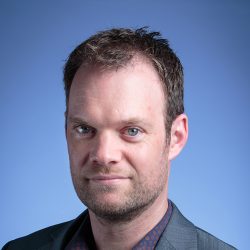 European settler colonialism of Aotearoa New Zealand did not even begin until the early 19th century. Less than a century later, half of the country’s forests had been eliminated in favor of grassland for sheep and cattle. Pākehā settlers (European New Zealanders) were that eager to create a pastoral economy. Māori culture—which those settlers attempted, with mixed success, to uproot and displace—valued then, as now, a deep connection to the natural world, expressed as kaitiakitanga (environmental guardianship). Stripped of much of their land and the attendant lifeways, Māori communities found that connection and commitment exponentially harder. The colonial agricultural landscape established more than a century ago still predominates, underpinning the national economy and degrading the country’s waterways.

How ironic, then, that my nation is marketed at home and abroad as an unspoiled natural paradise. I grew up thinking of New Zealand as “clean and green,” a haven of environmental virtue. The sublime was preserved in our national parks, our threatened species were housed safely on offshore islands, and our cows and sheep were able to graze freely in open meadows. Then I came across the opening chapter of Geoff Park’s Ngā Uruora: The Groves of Life (1995): “Many people love the geometric tapestry of a broad, farmed plain. As an ecologist, forever on the lookout for signals from the wild state, I see history’s invisible violence in the Hauraki Plains’ monotonous geometry of long straights, stopbanks and shelterbelts bending in the wind. There is tragedy in nature’s absence.”

What I’d thought was a land of better-than-average nature suddenly came into focus as little more than a smoldering ruin. Discomforting, too, to realize that, as a Pākehā myself, my sense of enlightened and sympathetic feeling for the landscape around me was the typical veneer of a settler culture. Many books have moved me, but Ngā Uruora forced me to look again at the world around me and see what isn’t there.

The term ngā uruora (pronounced naa oo-roo-or-ah) is Māori for the lowlands forests and swamps that were New Zealand’s richest sites of biodiversity. Māori likely arrived in New Zealand from Polynesia in the 13th century, and Park describes the “intimate and highly deliberate connection” they formed with these places, a “developing give-and-take relationship between people and nature.” Such a profoundly relational ontology was virtually inconceivable to British settlers, who regarded settled agriculture as the cornerstone of meaningful civilization and Māori-occupied land as waste. Māori “groves of life,” occupying the flat and fertile land most suited for agriculture, were therefore almost totally erased over the course of a few decades during the second half of the 19th century.

Park’s deep reverence for the complexities of the natural world repudiates science that imagines nature in a kind of uninhabited, primeval purity.

Ngā Uruora details that destruction. It also reaches beyond melancholy to ask what these ecologies might still mean for the inhabitants of landscapes so utterly transformed. Geoff Park (1946–2009) describes growing up “saturated with Methodism.” But he also trained as a soil scientist and ecologist, and his narrative voice is a heady—or, perhaps, annoying—mix of scientist, biblical prophet, and historian. My colleague Ingrid Horrocks is right to call Park an “involved Romantic subject.”1 His writing has some of the same egotism that pervades eye-opening American works like Edward Abbey’s Desert Solitaire (1968). He delves into colonial archives with the same gusto with which he throws himself onto a forest floor, and he loves pointing out something that “only the observant ecologist notices.” He is undoubtedly the hero of his own tale: his most characteristic formulation is “I discover.”

This “egotistical sublime” (Keats’s succinct account of Wordsworth’s poetry) grates on me more now than it used to. Nevertheless, I find the sense of wonder that accompanies the ecological information invaluable. “The most remarkable thing about a kahikatea landscape,” Park points out, “is that the trees are the oldest things your eye encounters, not the landscape.” I’ll also forgive him for the value that he attaches to human history, and to the power of ideas and narratives about nature: “I came to Te Whanganui as a biologist, but I needed history to begin to understand it. I misread the inlet until I could see under the skin of its primal beauty to its human layers, feel its intractability, know what it suffered. Without history, how easily primeval fantasies seduce and strand the conservation idea in colonial sensibility.” Park’s deep reverence for the complexities of the natural world repudiates the kind of science he was trained in, which imagines nature in a kind of uninhabited, primeval purity.

At the same time, that personal voice is also an act of appropriation, especially when it claims to identify with the land or to grasp how Māori understand it. Critic Linda Hardy argues that such literary formations offer the promise of a “natural occupancy,” whereby settlers can reimagine their relationship to the land: “not that it belongs to them, but that they belong to it.”2 Still, I find something generative, even profound, in this messy and passionate challenge to routine thinking and feeling about what it means to live in a colonized environment. One of the most remarkable aspects of Ngā Uruora is its description of place as an accretion and overlapping of human histories, ideologies, and biological systems. 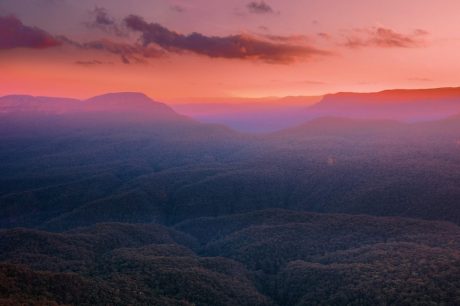 This is the case even in chapters about forests that have been completely eradicated. In the present-day Hauraki Plains region, where “the overwhelming impression is of chemical green flatness,” Park describes kayaking up a polluted tributary of the Waihou River in the wake of Captain James Cook, famed naturalist Joseph Banks, and the crew of the Endeavour. It was Cook who named that river the Thames in 1769; he searched for timber for masts and reported later on its “Swamps which might doubtless Easily be drained.” We learn that Banks had a “passion for swamp drainage, inherited from his father along with the wet acres of the 200 farms of his Lincolnshire estate.” Park takes us to the sites of long-established pā (Māori settlements), once surrounded by water but now abandoned amid farmland. He explains how the forests were decimated to manufacture boxes for the export of butter, and how drainage and flood control projects have replumbed the landscape for the purposes of farming.

More than anything, what stay with me are descriptions of an ecosystem that simply no longer exists, an ecosystem like nothing I even thought was possible here: “Every winter the swamps from the entrance of Piako to the interior for about thirty miles is an inland sea in which nothing but water and the tops of a few kahikatea trees are to be seen with canoes sailing in all direction over the expanse of water.” It does not get much more melancholy, or more Romantic, than this image of a lost inland sea.

Park principally focuses on four forest remnants that somehow survived the “furious, meticulous work” of establishing a pastoral economy. He describes determined Māori efforts to preserve these ecosystems by surrendering them to the state through the legislative mechanism of the “scenic reserve.” The ensuing accounts of tribal histories, land sales, correspondence, and departmental memos are, frankly, dizzying. If a lesson emerges, it is that nature’s death occurred not only by grand confiscations and conflagrations, but also by innumerable small bureaucratic concessions and oversights.

Such stories are common to colonized places—the Willa Cather Memorial Prairie in Nebraska, for example, is a small set-aside amid the vast farmlands created by the clear-cutting European “pioneers” whom Cather herself celebrated. In New Zealand, though, this history seems shockingly close, in both space and time. At one point, the work of colonial surveyors is literally within touching distance:

I run my eyes over the forest floor, kick a few brittle branches aside, and there it is, a piece of round iron, no wider than the few centimetres poking out of the beech leaves, as though he had whacked it in only a few weeks before. I bend down and touch it. … The same ancient trees under which he stood and drove this spike into the clay make the century or more between him and me seem but a moment.

The preservation of a few remnants like these four forests was achieved, politically, through the rhetoric of “scenery.” Park nevertheless loathes that concept for its evacuation of the human history of a place and its denial of the ongoing power and vitality of nature. In his telling, these surviving ecosystems are sacred and mysterious. “There seems wisdom and order in this miscellany of life at the land’s edge,” he writes: “the land itself is endowed with life forces and secret places of power.”

The questions that linger concern what to do with this knowledge—particularly as a settler inheritor of these ruined scenes. Park seems, at times, to propose that immersive encounter with surviving ecosystems is the key to unlocking an authentic form of belonging, a last point of access to the genius loci or “the spirit of place that Maori call mauri,” which shades uncomfortably into a kind of organic nationalism.

There are moments, however, when Ngā Uruora is remarkably good at conveying the environmental wisdom that arises from being a better reader, in every sense. “We cannot get very far without stories, without history,” Park writes—meaning that we must read the landscape for what is not there as well as for what is. That is the only way to garner insight into the long intersection of a place’s human and natural histories; to grasp how different cultures offer different stories about what is of value and what is not. Ngā Uruora suggests that the environment is not timeless but an expression of cultural meaning—before the first fires of colonization were lit, and today as well. Avoiding ecological destruction depends on children of settlers finding the humility to listen to other stories, both new and enduring, about what a place might mean and why it might matter. 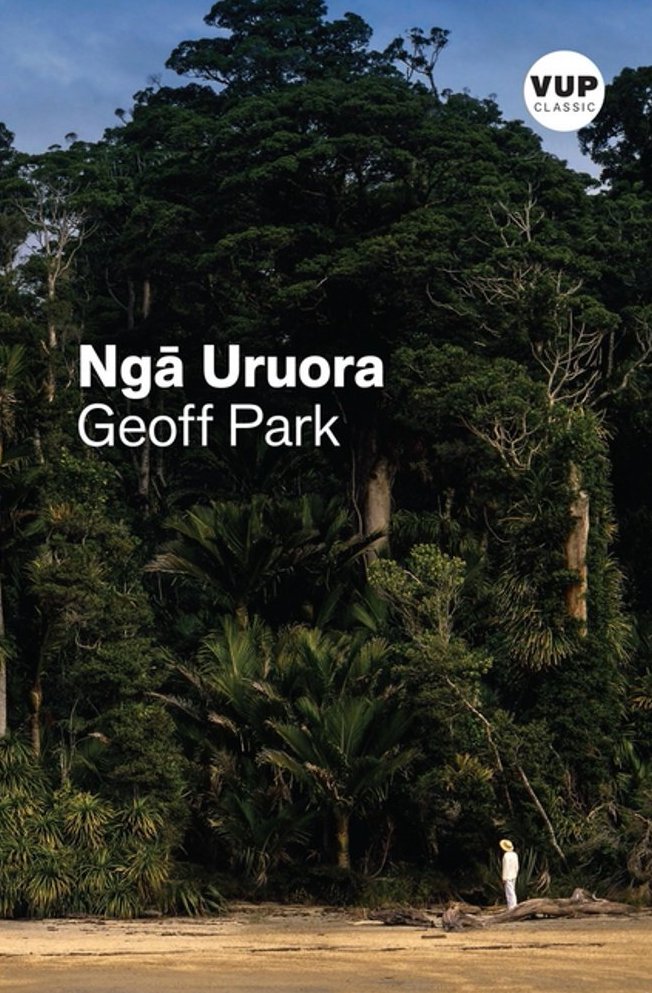 Nga Uruora: The Groves of Life; Ecology and History in a New Zealand Landscape