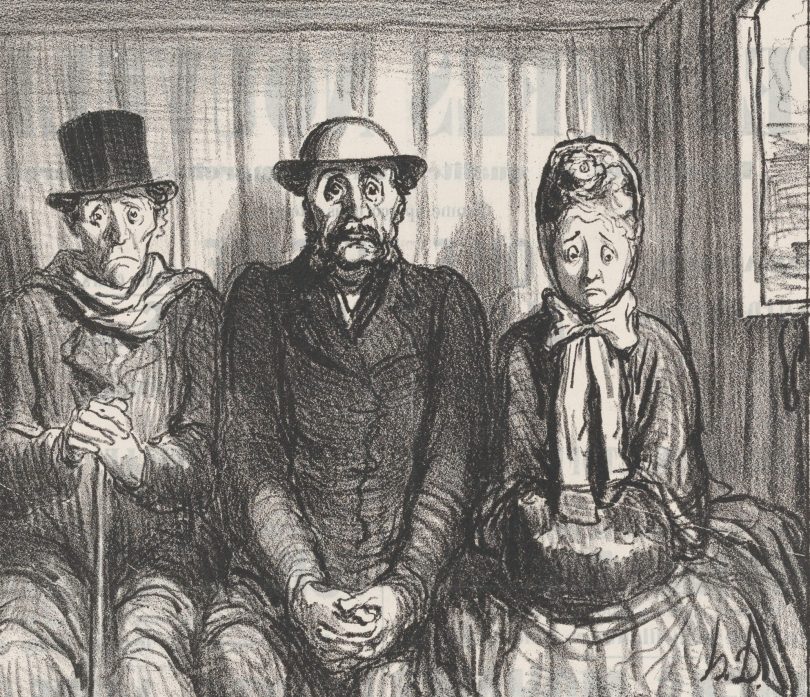 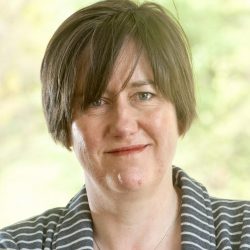 Graham Greene’s 1932 novel Stamboul Train concludes with two of the train’s passengers visiting a musical show in Istanbul, the end of the line. A third passenger has traveled on the train to perform in the show. Although the two in the audience don’t know it yet, the third passenger won’t be appearing onstage because she has just died of a heart attack. The chorus members blow whistles and sing:

The song fragments seem to disappear with the engine in a puff of smoke. What exactly is “a near relation”—a close relative, or a close encounter? Perhaps a lover, but in any case something narrowly missed, two things that don’t quite coincide, a relation that can’t be properly measured or compared. The novel’s ending leaves ambiguous whether the two people listening to the song will form a union, and the third has missed her appointment to appear in the show. We readers, too, are left—even at the terminus—waiting and hoping.

In Greene’s famous later novels, his protagonists struggle with substantial questions of responsibility, duty, and action. The Heart of the Matter (1948) traces a conflict between religious faith and secular love. The Quiet American (1956) acutely forecasts how blind American righteousness and European world-weariness would, in tandem, devastate Vietnam. However, his second novel, Stamboul Train, never develops such well-wrought abstractions. It is structured by missed opportunities, relationships broken off or uncompleted, and unfulfilled political aspirations. Individual characters seem caught up in historical change, but that history appears uncertain and difficult for readers to process, even with the benefit of hindsight.

Looking back from our own (equally gloomy) day, the dire events of the 1930s loom large: the novel is punctuated by casual and vicious anti-Semitism, and Hitler became chancellor of Germany the year after the book appeared. We’re pulled between that terrible future and the novel’s own present, between dreadful foreboding and the frustration of the characters’ inability to act decisively in their own time. It’s as if Greene has inserted these looming portents into a history that is still unformed yet beginning to take shape.

All that may sound as maddening as the enigma of the “near relation,” yet this early novel was his reputation maker, and for good reason. In the first few pages of Stamboul Train we meet Dr. Richard John (seemingly a Briton)—only to discover that he is in fact the Serbian revolutionary leader Richard Czinner. As the train pulls out of Ostend station, in Belgium, Czinner thinks about the reasons for his own journey and tries to insert his own sense of purpose into some form of historical narrative: “If I could sleep, he thought with longing, I could remember more clearly the things that have to be remembered.”

The novel’s present is haunted by an incomplete understanding of history and an anxious apprehension of the future.

Czinner is the closest the novel comes to a clarifying protagonist, the sort who might clearly mark the novel as a political thriller representing a clearly demarcated struggle for national freedom. His memories of his past as a revolutionary leader, though, shed no light on the present political situation. The uprising he is traveling to join starts without him, and he finds himself stranded in a historical stream that he can’t directly experience: “They had left him in an empty house which could not find a tenant because old ghosts were sometime vocal in the rooms, and Dr. Czinner himself now was not even the latest ghost.” In the novel’s strange temporality, Czinner is doubly out of time; his history has become a house haunted by its past, but that history has no clear future.

As the train moves on, Greene delineates a series of characters struggling to gain or elucidate a purpose in their lives. Looking back on the novel in his 1971 autobiography, Greene wrote: “By the time I finished Stamboul Train, the days of security had almost run out.” His primary meaning here is that his financial security was precarious and he needed to make money from the novel. Stamboul Train, though, undermines the notion of security in all sorts of forms, including its own status as an “entertainment” or thriller.

Greene did make money from the novel: in 1934, it was even made into a movie called (like the novel when it appeared in the US) Orient Express. One result is that when Agatha Christie’s Murder on the Orient Express was published, also in 1934, its US title was Murder on the Calais Coach. Yet it’s worth noting how different Christie’s brilliantly generic plot is from Greene’s. In Christie’s Murder on the Orient Express, the plot comes to a doubly satisfying conclusion, when Poirot assembles all the suspects in the dining car and reveals the culprit … They all did it! Rather than face any awkward legal ramifications, however, Christie gives the characters a moral, extralegal justification. The killing was in revenge for a child murder, and Poirot airily decides not to inform the police and to let the killers leave the train. The big reveal in Murder on the Orient Express is that the seemingly random characters are all there for a shared secret purpose.

In Stamboul Train, partnerships, alliances, and hostilities form and reform; there are no shared motives, only “near relations.” Cast adrift from acting with either historical or generic functions, the characters move through the novel, enacting moments of experience that can’t be fully assimilated into the conventions of a thriller or a political novel or a whodunit. For instance, instead of a death acting as a key plot function, as crime thrillers demand, Greene’s novel focuses on the experience of what it would be like to die; Stamboul Train includes two scenes imagining this moment. Nor do characters come together in everyday ways. Voices become disembodied: a whole section reproduces snatches of conversation on the train without the speakers being clearly identified. The visual field, too, is blurred or even surreal: “faces streamed away,” “a tender light flooded the compartment … human beings floated liked goldfish.”

These moments evade explanation. The novel is interested in sleep and records the dreams of many of its characters, but it explicitly rejects psychoanalysis as a way of explaining them, however much Czinner longs for sleep as a point of access to memory. Psychoanalysis takes place in the present, but it is also a retrospective process that retells a story and so gives it order and legibility. These are satisfactions that Stamboul Train never delivers. We readers are never with Poirot in the restaurant car, putting motives and actions together in sequence. Nor are we with Freud in the consulting room, making a coherent narrative out of dream images. 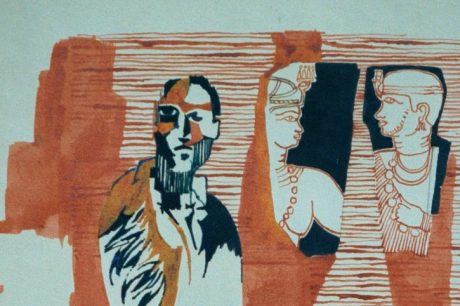 Stamboul Train takes its place among other 20th-century novels in which espionage and wartime secrecy are glimpsed through a lens that obscures motives and renders people uncanny. Set in London during the Blitz, Elizabeth Bowen’s The Heat of the Day (1948) evokes the same strange, haunted atmosphere that surrounds Greene’s Richard Czinner. The novel’s main characters—all involved in secret intelligence—appear to each other as shadowy, ultimately indecipherable figures. When Stella looks at her lover Robert (who is passing secrets to the Germans), she notices how “in the unfamiliar, the familiar persisted like a ghost.” Muriel Spark’s The Hothouse by the East River (1973) takes this a step further: its wartime spies, now living in New York, turn out to be actual ghosts.

Like those distant cousins, Greene’s Stamboul Train captures the temporality of experience itself. We feel things happening in the present, but that present is haunted by an incomplete understanding of history and an anxious apprehension of the future. Not all books can be categorized within genres, or all plots within specific historical moments. Stamboul Train is a reminder of this. Reading it, I find myself inside a process without a predictable destination.

Featured image: Honoré Daumier, On the Train, from “The Difficult Moments of Life,” published in Le Charivari (1864). Metropolitan Museum of Art 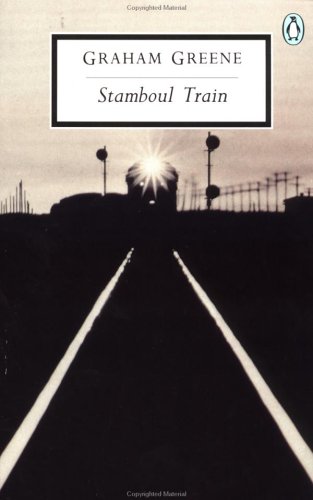