B-Sides: Helen DeWitt’s “The Last Samurai”
Impossible to summarize, The Last Samurai is deeply political—anti-capitalist and thoroughly feminist—without ever becoming preachy or moralizing. 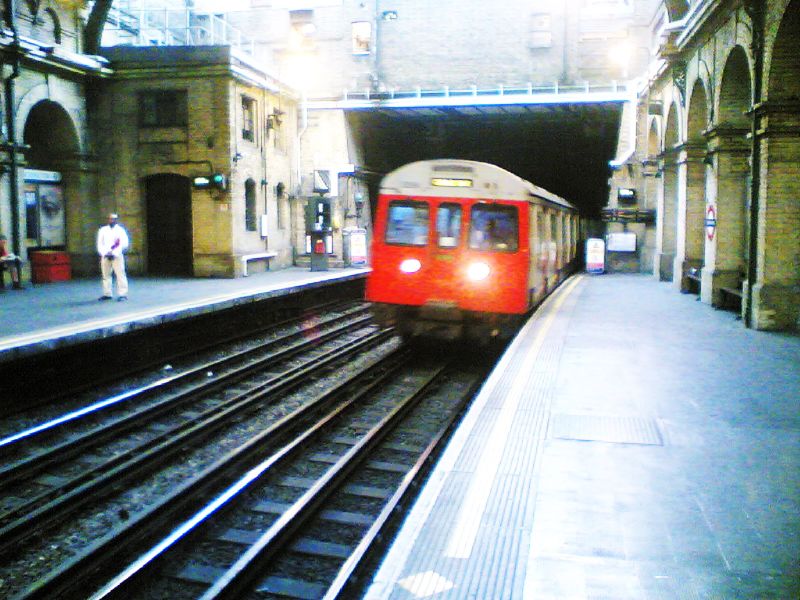 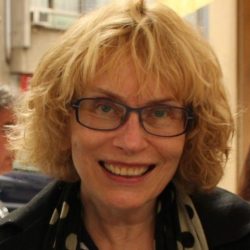 Genius, games, languages, alphabets. The wonders and the cruelty of the world. The poverty and loneliness of the authentic artist. And underneath the games always the question: Is existence worth enduring?

Formally, Helen DeWitt’s The Last Samurai is a potent brew of old-fashioned storytelling, high-wire modernist interior monologue, and postmodernism: its experimental layout includes capital letters, broken-off sentences, lists of numbers, and words in many different alphabets. Central to the novel is the metaphor of games, mostly in the sense of games of skill and chance (bridge, piquet). A game of skill is a free yet rule-governed activity: we enter into it willingly, yet once inside, its rules bind us. Like the French Oulipo writers (who set themselves mad tasks: compose a novel without the letter e!), DeWitt is fascinated by creativity voluntarily imposing strict yet random rules on itself.

The Last Samurai opens with the travails of Sibylla. Born into a long line of unrecognized geniuses, she has made her way from the American Midwest to a research fellowship in classics at Oxford. When she discovers that academia fails to value the difference between mindless learning and true intellect, she decamps. A one-night stand with a smug and self-important writer (she only had sex with him because she couldn’t find a polite way to say no) results in her son, Ludo, whose name, not coincidentally, means “I play” in Latin. Sibylla’s socioeconomic isolation, and the extreme boredom of having to earn her living typing and tagging text from magazines with titles like Advanced Angling and The Poodle Breeder, makes her depressed. She begins to lecture Ludo on the rational advantages of suicide.

A demanding child, Ludo pesters his brilliant mother to teach him Greek, Japanese, and mathematics. By the age of four, he watches Kurosawa’s film The Seven Samurai almost as compulsively as Sibylla herself. To escape their cold apartment, Sibylla and Ludo ride the London Underground’s Circle line for whole days on end. This exposes them to wildly uncomprehending questioning from their fellow passengers and condemns poor Sibylla to staying up half the night to type Practical Caravanning.

In Part 2, the five-year-old Ludo begins to write a diary. The novel now begins to shift the perspective away from Sibylla’s consciousness to Ludo’s. By Part 3, we mostly hear Ludo’s voice. I take this to mean that Sibylla is slowly losing her voice, slowly becoming mute. When he turns six, Ludo’s diary chronicles his encounter with the curiosity-killing school system, which can only conceive of him as a disruptive influence. This so infuriates Sibylla that she decides to educate him herself. In a way, Ludo becomes the work of art or scholarship Sibylla is too depressed to write. 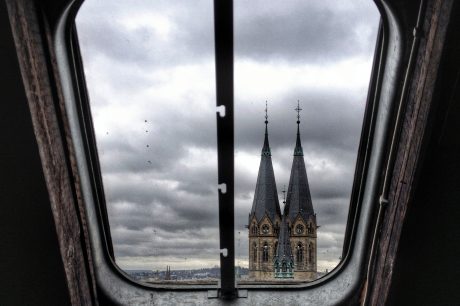 And what a piece of art he is! At 11, this thoughtful and kind child genius sets out to find his father. He discovers right away that his biological father is the despicable Val Peters, a successful but sexist and self-aggrandizing travel writer. Like Sibylla before him, Ludo simply can’t bring himself to tell this vain and stupid man that he has a son. Instead, he sets off on a search for a more admirable father. In DeWitt’s novel, elective affinities beat biological families every time.

In Kurosawa’s Seven Samurai the first samurai, Kambei, auditions others to join him. In the same way, Ludo interviews potential fathers: an explorer, a popular astronomer, a visual artist, a competitive cardplayer. So the novel begins to widen out; no longer stuck on the Circle line, the reader gets to hear panoramic stories of travels, languages, discoveries, cruelty, and pain. These episodes are paeans to the power of human curiosity and the love of knowledge.

In the end, however, all the father candidates fall short of Ludo’s requirements. They may be brilliant, but they have insufferable flaws, mostly connected to their craving for fame and recognition. They are vain, or self-promoting, or slightly corrupt, or just too enamored of public glory. Ludo’s quest for a father appears to end when the most promising father figure (Red Devlin, a human-rights reporter) kills himself in Ludo’s presence. Trained by Sibylla to respect suicide as a perfectly rational response to the evils of the world, Ludo understands his choice. Yet he finds himself wondering: Why can’t he bear the thought of Sibylla doing the same thing?

To save Sibylla, Ludo sets out on one last quest. When he was only five, Sibylla took Ludo to a concert by a young experimental Japanese pianist, Kenzo Yamamoto. The 11-hour concert affected her so deeply that she entirely forgot that she even had a son. Ludo walked home alone while Sibylla sat as if bewitched, overcome by the sense that Yamamoto’s music spoke directly to her life: “There is only one chance at life once gone it is gone for good you must seize the moments before it goes, tears were streaming down my face as I heard these three pieces each with just one chance of being heard.”

Still only 25, Yamamoto has long since stopped performing. Ludo, now 13, seeks him out and claims, implausibly enough, to be his son. To forestall objections he begins speaking Toshirō Mifune’s lines from the scene in Seven Samurai in which Mifune’s character, Kikuchiyo, produces a certificate to prove that he is a real samurai. But, as Kambei points out, according to the document this grown man is only 13 years old. Yet, in the end, Kambei still welcomes Kikuchiyo. In the same way, Yamamoto begins to speak Kambei’s lines, welcoming Ludo into his life. More than that, he lets Ludo persuade him to record a CD that just might inspire Sibylla to find a way to express her own genius.

The Last Samurai is at once playful and deeply serious, a masterly blend of tragedy and comedy; the reader both sinks into Sibylla’s dark despair and stretches up toward the light with Ludo. Impossible to summarize (each character opens up a world), it is deeply political—anti-capitalist and thoroughly feminist—without ever becoming preachy or moralizing.

It’s difficult, in fact, to imagine a less politically correct feminist writer than DeWitt. As evidence I submit her ironic, sly, funny, and deeply political parable Lightning Rods (2011), in which a vacuum-cleaner salesman called Joe invents a surefire way to protect large companies against sexual harassment suits: hire women to do ordinary office jobs in the company, but at double the salary, given that they will also work as anonymous “lightning rods.” Joe has patented an ingenious contraption that lets the lower half of a woman’s body slide through the wall into a cubicle in the men’s toilet, so that the man can relieve himself sexually without knowing who the “lightning rod” is. To assure anonymity the woman’s lower half is clad in black latex with a strategically placed slit. As a result, workplace morale increases, and some of the lightning rods earn enough to fund their college educations and go on to have brilliant careers. Written well before the #MeToo movement, Lightning Rods is a modern Candide, a brilliant satire of the mechanisms of capitalism in a patriarchal society.

DeWitt’s theme of unacknowledged genius up against the harsh realities of the late capitalist marketplace is on full display in Some Trick, her 2018 short-story collection. A musician leaves his band, another commits suicide, a sublime piano player retires young, an artist gets swindled by her gallerist, and a mathematician despairs at his inability to make his agent listen. DeWitt’s villains are usually art bureaucrats—gallery owners, agents, editors, and other denizens of the “art world,” who are only too ready to “love” writers they haven’t read, and to travesty the artist’s vision in order to make money off her creativity. Meanwhile the artist herself is left high and dry, unacknowledged and unpaid.

Nevertheless, for me, The Last Samurai remains DeWitt’s masterpiece. I read it as a contemporary rewrite of Mme de Staël’s Corinne, or Italy (1807). In de Staël’s novel the female genius is crowned and acclaimed by the people of Italy, but is undone by romantic love. She falls in love with a man who cannot conceive of a wife who performs in public. Corinne, who in one scene dresses like the ancient Roman Sibyl, loses her voice, her powers of expression, and dies from a broken heart.

In DeWitt’s world, women of genius never find romantic love. Like Sibylla, they encounter only awkward sexual situations. While Corinne is surrounded by admirers, Sibylla is all alone. Her responsibility toward her astonishing son has kept her alive, but in DeWitt’s novel motherhood alone is not a reason for living. Just as Corinne’s death stands as a judgment on a world that can make no place for a woman like her, Sibylla’s depressed and lonely existence expresses DeWitt’s withering critique of the destiny of genuine artists and intellectuals in our own world. But at the end of The Last Samurai, the future is still open. Maybe Sibylla will find a way out. Maybe Ludo will grow up to flourish. But one thing is certain: unless they can find ways to play, create, and explore, their lives will have no meaning. 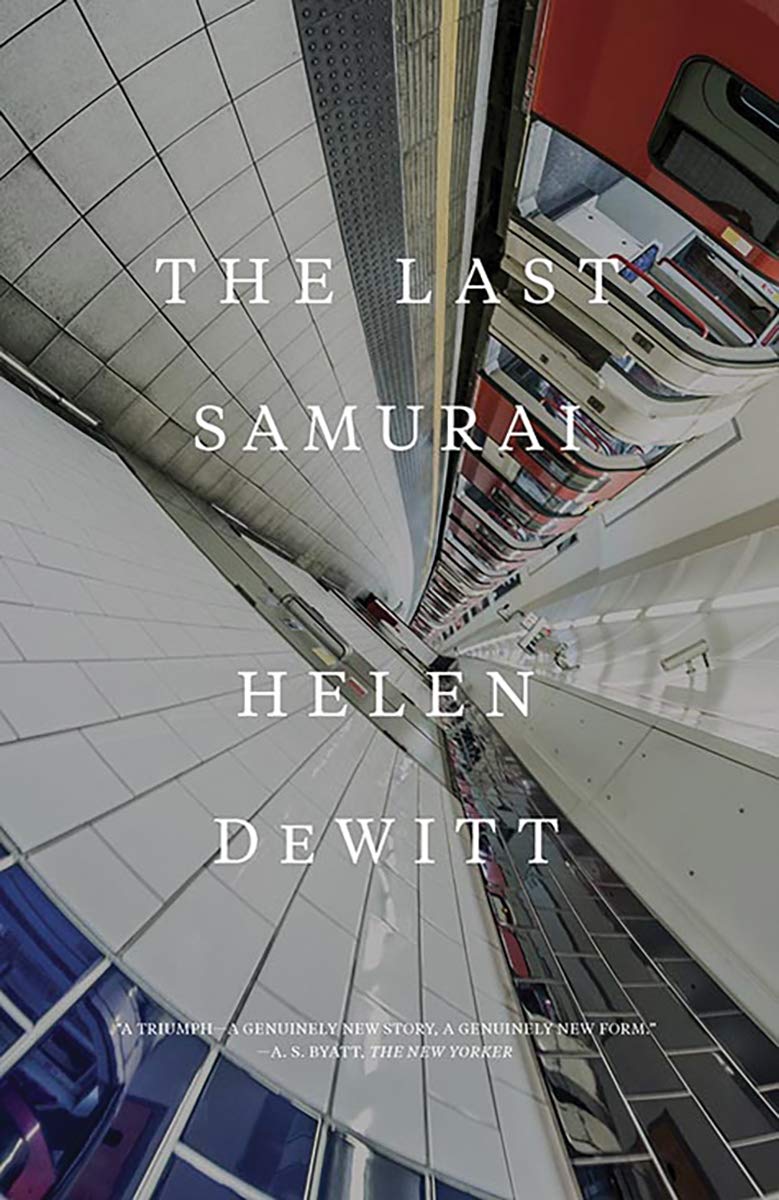