B-Sides: Ivan Olbracht’s “Nikola the Outlaw”
Some of Central Europe’s greatest political novels have been meditations on disillusionment. Many of them—from Arthur Koestler’s Darkness at Noon to ... 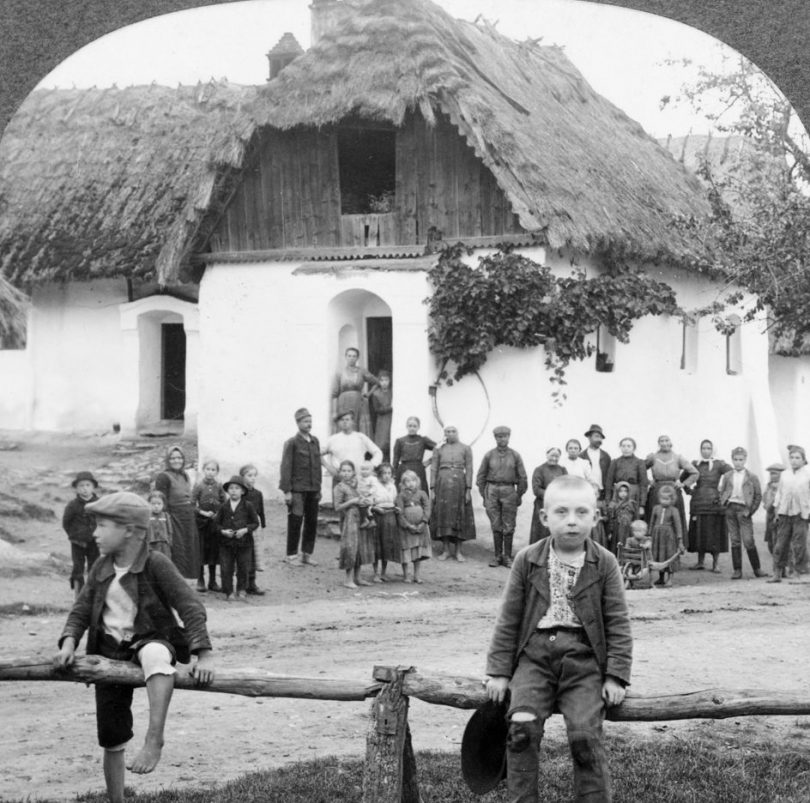 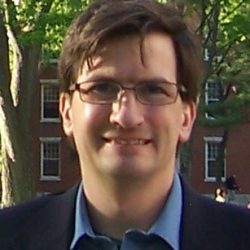 Some of Central Europe’s greatest political novels have been meditations on disillusionment. Many of them—from Arthur Koestler’s Darkness at Noon to Milan Kundera’s The Joke—dramatize the inner journeys of intellectuals coming to terms with the flaws of communist ideology. Nikola the Outlaw, published in 1933 by Czech novelist Ivan Olbracht, is different. Taking an illiterate bandit as his hero, Olbracht fashions an adventure tale that is equal parts political parable and romantic legend.

To be sure, Olbracht (1882–1952) excels at exorcising political fantasies. Early in the novel, for example, the peasants and poor Jews of the tiny village of Koločava rise up against their masters. They break into the home of a notary who has been cheating them and seize his safe, the symbol of a power they don’t really fathom. They pound it and pound it, but can’t break it open, and they eventually abandon it in the snow, “with its paint scratched off and with hundreds of dents made by the woodmen’s axes.” When a new militia rides into town to restore order, its leader, Mendel Wolf, simply takes “a little key and open[s] the safe,” removing a stash of documents the illiterate peasants would not have been able to read, as well as 300,000 crowns in cash, which conveniently disappear. The rebellion’s leaders are dragged out of bed, beaten, doused in cold water, and led away in chains. The militia, now called a “national guard,” loots the peasants’ huts. “Things got back to normal,” says the narrator, mimicking the voice of law and order: “Everything was as it should be.”

There is something bracing about this story. As readers, we are being taught a healthy appreciation for the forces of political violence underlying language and ideology. From there, we may even be lulled into a smug sense of our own sophistication—this rebellion was never going anywhere, we tell ourselves. And yet Nikola the Outlaw never lets us settle into a comfortable cynicism about the distribution of power.

In the early 1930s, even Ivan Olbracht’s fans would have been forgiven if they did not see a great novel in his future. He was a dedicated member of the Czechoslovak Communist Party through the 1920s and worked as an editor at the Communist newspaper Rudé právo. Although he had published several novels in his 20s and 30s, including the forgettable Anna Proletářka (Anna the Proletarian), he had devoted himself largely to political journalism and political agitation. In 1929, however, Olbracht was fired for protesting against the newly militant leadership of the party. At age 47, he found himself expelled from the party and out of a job.

In Olbracht’s tale, myth precedes reality and calls it into being.

Looking for inspiration, he set off for Subcarpathian Rus’, a remote and sparsely populated territory that had been awarded to Czechoslovakia in the peace settlements after World War I. There, in the easternmost part of the republic, he stumbled on the story that became his modernist magnum opus. A local lawyer told him of the robber Mykola Šuhaj, who had been hunted down a decade earlier after a two-year run of stealing from the rich and giving to the poor. Olbracht combed through courthouse records and then traveled to Koločava to interview Šuhaj’s family. From his findings, he conjured up a political novel about a bandit with a magic green bough that deflected bullets “as a farmer on a July day might shoo the swarming bees.” In a world where “everybody promises peace, but only when he shall have won,” Nikola offers a rebellion of the spirit—one that won’t dissipate like the peasants’ futile uprisings.

At first, Nikola wants to stay out of trouble. When he deserts from the army, he acquires some local fame by eluding gendarmes for several months. But then he marries his beloved Eržika, hoping to settle down: “He had every expectation of having many children and not enough corn porridge, much want and a few transitory joys.” One day, he comes upon some children playing in a meadow: one cracks a whip at his friends and shouts, “I’m Nikola Šuhaj!” In other words, they are playing at being him, waving the green bough he supposedly uses to swat away arrows and bullets.

In Olbracht’s tale, myth precedes reality and calls it into being. Nikola falls into thought. He had, indeed, survived the World War. “Was there any kind of firearm that had not been used against him?” he asks himself. “Was there another man alive who could have evaded such a shower of bullets?” What if he really did have a green bough? “Nikola Šuhaj’s pace grew slower. The soil was muddy and his steps soundless. To the left of him the brook murmured and rushed, rolling in turbid waves where there should have been waterfalls.” Why should you live so wretchedly, the wilderness seems to whisper, when you hold an enchanted bough in your hand?

The rest of the novel plays out Nikola’s rise and inevitable fall. Olbracht builds his story around a crucial insight: the Šuhaj legend had gained hold just as Czechoslovakia was taking over the administration of the territory of Subcarpathian Rus’. In a double-edged metaphor, Olbracht’s narrator says that Šuhaj himself was to be the “touchstone” of state power: “There could be no order, and the authority of the new state could not be established, as long as this bandit was at large, as long as legends should be woven around his person.” Nikola grows into the myth that has been forming about him, and we see each of his exploits get magnified in the telling and retelling, until he seems to be everywhere and nowhere. “A man in the woods was like a fish in the lake: everybody knew he was there but nobody knew just where.”

Everyone is hunting Nikola, but the narrator’s closest attention is devoted to the intersecting and conflicting interests of Koločava’s inhabitants. Olbracht’s narrative talent shines as he channels the thoughts of one group after another, exposing not just their self-deceptions but also the wishes and fears hidden beneath. There are the peasants, enigmatic and silent, whose every step is a transgression against the powers that be; the Czech gendarmes, war veterans sent off into a godforsaken backwater that grows more hostile and inscrutable by the day; and the town’s Jewish elders, accustomed to negotiating with whoever is in power in order to preserve their community’s (and their own) interests.

Olbracht, who was half-Jewish, would later set a second great work in Subcarpathian Rus’, The Sorrowful Eyes of Hannah Karajich, portraying the plight of its impoverished Jews with imagination and sympathy. But his worldview was ultimately neither religious nor ethnic. It was political, and like a good communist, he zeroed in on money, class, and violence as the levers that move society. One implication is that Olbracht’s readers must engage in a constant exercise of ideological decoding, cutting through rhetoric and self-deception to understand where power really lies. When the narrator says: “The gendarmes were helpless. They were frantic. They thrashed Eržika, they thrashed old Petr Šuhaj, they thrashed Ivan Dráč, they thrashed Nikola’s brothers and sisters,” the matter-of-fact delivery reinforces the cold-heartedness of the Czech police, even as the paradox of “helpless” yet violent gendarmes reflects their own self-pity and unselfconscious brutality. Marie K. Holeček’s translation beautifully captures these subtle shifts in register and tone.

“Nikola the Outlaw” depicts messy conflicts with many sharp edges, and characters who are confused, riven by conflicting emotions even as they are raked across the grain of state power.

Nikola the Outlaw has never received the attention it deserves among English-speaking readers, even though the historian Eric Hobsbawm (who returned to this “remarkable” novel throughout his career) called it “the most moving and historically sound picture of social banditry I have come across.”1 Hobsbawm appreciated the enduring appeal of the bandit myth: Olbracht was dramatizing our desire for a just avenger to right all wrongs. At heart, however, Olbracht was too skeptical to be a mere mythmaker. (The one ideology he didn’t see through was communism itself; he rejoined the party during World War II and lived out his life as a party functionary.) Instead, the fascination of reading the novel comes from seeing how skillfully Olbracht weaves back and forth between the romanticism of bandit tales and the skepticism of a disillusioned observer, someone who understands how politics can abuse language, legend, and desire.

Nikola the Outlaw refuses to dramatize an eternal battle of oppressor and oppressed, or between the individual and the collective. Instead, it brilliantly depicts messy conflicts with many sharp edges, and characters who are confused, riven by conflicting emotions even as they are raked across the grain of state power. Nikola is a mountain spirit, a timeless symbol of rebellion. But he is also tangled up in the desperate fears and greed of his fellow townspeople, and in the ambitions of a young state. There are no green boughs, just the magical tales we tell about them. What keeps Nikola the Outlaw compelling even today is this double vision, at once clear- and starry-eyed, reminding us that politics is powered by our fantasies, and rarely treats them well.

Featured image: Village in Austria-Hungary, ca. 1893. One half of a stereograph produced by the Keystone View Company 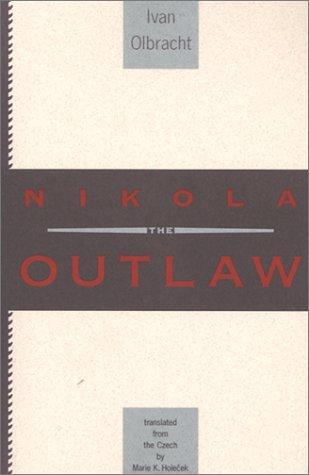