B-Sides: J. G. Farrell’s “Troubles”
His characters—in 1919 Ireland, 1857 India, and 1940 Singapore—intuit that the world is about to collapse. But they can do nothing to save it. 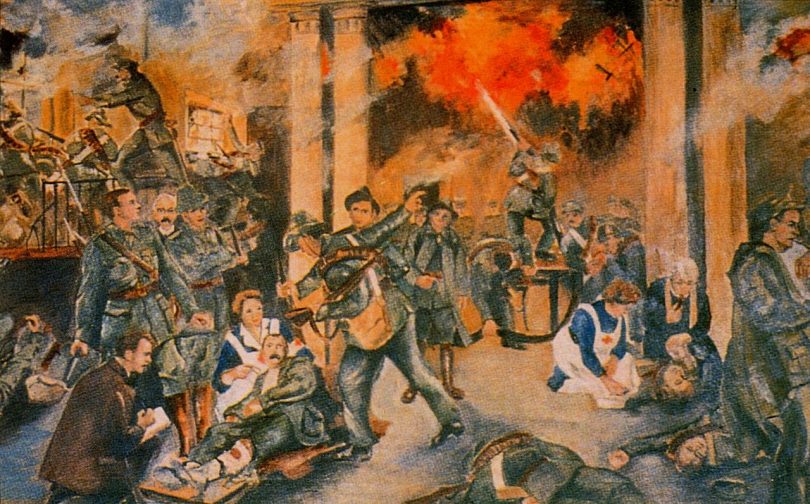 Assume, just briefly, the viewpoint of a dominant class, living in a protected enclave, enjoying comforts and routines that feel immutable: things as they are, and must always have been. True, many formerly helpful subalterns do not appear as friendly as they used to be, and there have been some other disquieting signs of change. It is difficult to imagine, though, that anything could ever be transformed too dramatically. Literally difficult to imagine—because imagination is so deeply constrained by ideology and worldview.

Then, things do change, first gradually and then suddenly: “This sudden collapse, which you could almost feel in the air, of normal standards of behavior was the most frightening thing of all” (italics in original). That sentence comes late in The Singapore Grip, the final novel of Irish English novelist J. G. Farrell’s so-called Empire trilogy. But the broad outline above describes all three of the novels in the series. Farrell once jotted in a notebook his ambition “to write a book on insane revolutions.”1 What he went on to do, in these three superb novels, was perhaps an attempt at this proposed project.

Troubles, the inaugural book, published in 1970, in what became the trilogy, is set in Ireland in 1919–21 during the mounting guerrilla war for independence preceding the founding of the Irish Free State. The Siege of Krishnapur (1973), which made Farrell’s reputation by winning the Booker Prize, dramatizes the Indian Mutiny or Insurrection of 1857 from the point of view of a besieged English garrison. The Singapore Grip (1978) is set in Singapore in the period leading up to and culminating in the Japanese capture of the island from the British in 1942. (A year later, at the age of 44, Farrell died by drowning, just off the Irish coast.) Each of these novels dramatizes a moment of revolutionary change in the decolonization of the British Empire: one that appears inevitable and just in retrospect, but is perceived as a shocking rupture by those whose rule has been challenged.

After previously publishing three sometimes-autobiographical novels, strongly influenced by French existentialism, Farrell first found his great theme in Troubles. The complexities of his own mixed national identity doubtless helped: Irish mother, English father, childhood spent partly in both countries. As the novel opens, English major Brendan Archer comes to the fictional Irish seaside town of Kilnalough to confirm his ambiguous engagement with an Anglo-Irish woman. Her father, Edward Spencer, owns the once-grand, now-decaying Majestic Hotel. The first clue that the Majestic’s standards of hospitality are no longer up to snuff comes on the major’s first night there, when he opens a cupboard in his bedroom looking for sheets and is startled to find a rotting sheep’s head fixing him with a stare from its single large eye, “bluish and corrupt.” Edward, it turns out, saves the sheep’s heads to make an economical stew to feed his many dogs: “Boil ’em down. Very nourishing and they cost nothing at all.” Some of the most uproarious moments in the novel involve the many dogs, cats, and pigs that wander in and out of the hotel—some of whom (warning!) meet gruesome ends. And what about those “tiny white skeletons” that mysteriously litter the Majestic?

“Troubles” brilliantly captures the comedy and tragedy of characters at a moment of political transformation.

The major’s engagement with Edward’s daughter does not last, but for reasons not entirely clear he stays on, playing endless games of whist with the hotel’s aged inhabitants, even as the hotel itself falls into increasing, and hilarious, squalor. One old lady trying to enjoy her afternoon tea outside is nearly pulverized when a huge letter “M” suddenly crashes down from the hotel’s sign. Meanwhile, the guests do their best to tune out the increasing drumbeat of acts of anti-colonial violence, and British violent reprisals. They assume these “troubles,” though unpleasant, must be no more than temporary.

In an admiring review of Troubles on its publication, novelist Elizabeth Bowen (who four decades earlier had published her own brilliant novel about the Anglo-Irish aristocracy in collapse, The Last September) praised Farrell for his ability to evoke a particular moment of the past as it is “reflected in today’s consciousness.”2 She put her finger on one key aspect of Farrell’s accomplishment: his capacity to allow for a total immersion in the depicted world of the past—while also subtly knitting that now-vanished world to the present moment, in ways that offer astute implicit political insight. Fintan O’Toole has observed that “although Farrell did not conceive it as such, Troubles, published in the year of the formation of the Provisional IRA and the beginning of armed conflict in Northern Ireland, inevitably resonated with contemporary as well as historical events.”

As a young lycée teacher in France in the early 1960s, freshly out of Oxford, Farrell had gained a crash course in imperialism via the Algerian War, whose eye-for-an-eye mounting violence he connected to Irish history. “Colonial disengagement everywhere,” as his biographer Lavinia Greacen sums up his insight at the time, “had the same ugly pattern”—one that Farrell used as the starting point for each of these novels. Behind the trilogy looms the shadow as well of Maria Edgeworth’s unforgettable Castle Rackrent (1800) and the long tradition that followed: “big house” novels focusing on a colonial Anglo-Irish gentry squatting in decaying manor homes, grudgingly tended to by a resentful Irish servant class. Another model for the Majestic and its attenuated crew of inert and seemingly trapped elderly residents may be the high modernism of Thomas Mann’s The Magic Mountain—a novel that, after Farrell’s damaging experience of polio in 1956, he had read with hallucinatory intensity. 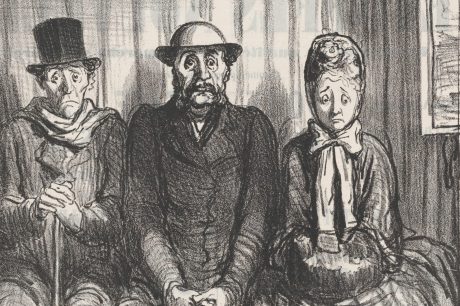 Whether we think in terms of Bowen’s metaphor of reflection or O’Toole’s of resonance, we find in Farrell’s novels links between the depicted colonial past and the postcolonial present that yield an abundance of ironies and ambiguous parallels. To Farrell’s old-guard characters, the development of events is often shocking or surprising. His readers, though, are meant to sense subterranean logic that binds together seemingly unrelated events and dynamics (in Algeria, Ireland, India, Singapore) into a single global narrative of colonial hubris, blindness, violence, and collapse. A character in The Singapore Grip, seeing the disintegration and transformation of the world he knows, finds himself wondering, “If you took a knife and chopped cleanly through a moment of history what would it look like in cross-section? Would it be like chopping through a leg of lamb where you see the ends of the muscles, nerves, sinews and bone of one piece matching a similar arrangement in another?” Farrell, writing just as the “troubles” of the 1970s were beginning to rise to a boil in Northern Ireland, turned his gaze to a moment 50 years previous and “matched” up the two eras, inviting scrutiny of the connection between the nerves and sinews of different moments in history.

Like Henry Green’s Loving and Kazuo Ishiguro’s The Remains of the Day, Troubles brilliantly captures the comedy and tragedy of characters at a moment of political transformation. Crucial to the effect of the novel is the refusal, on the part of most of the inhabitants of the Majestic, to fully make sense of the acts of resistance, violence, and reprisal escalating around them. The major, like the butler Stevens in Ishiguro’s eerie novel, is a figure of slow-burning and excruciatingly delayed political and ethical insight. He senses change on the wind, but cannot finally shake himself free from the colonialist conviction that Ireland is simply another “corner of the Empire where His Majesty’s subjects were causing trouble.” “Clear yourself out of here, bag and baggage, before it’s too late!” a wiser character tries to warn, in a Get Out moment. However, “transfixed by sadness”—and seemingly shell-shocked from his WWI service—the major “no longer had the will-power to leave.” Like comparable Farrell characters in 1857 India and 1940 Singapore, he can intuit that the world he knows is about to collapse, but can do nothing to save it—or himself. 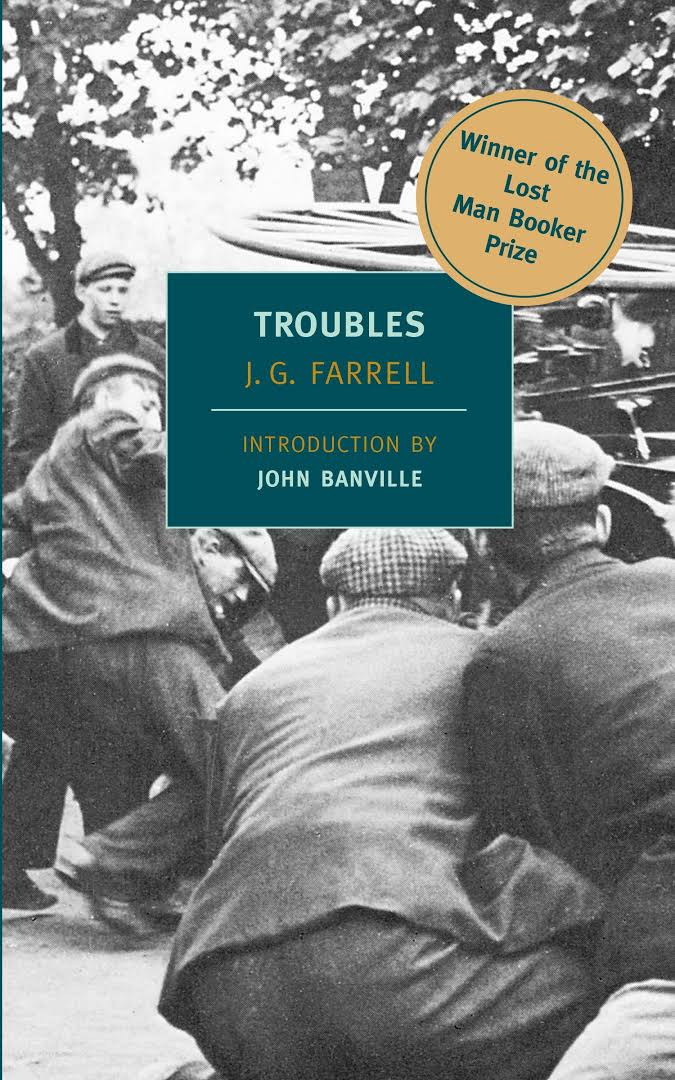