B-Sides: Janet Frame’s “Living in the Maniototo”
Few novels are so crammed with invention. Yet the interlocking richness of her ideas does not derail your reading. 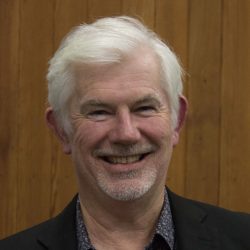 The narrator of Janet Frame’s Living in the Maniototo (1979), Mavis Barwell, is an “expert in near, near-distant, and distant ventriloquism.” As for the novel’s author, I think of her as a juggler of impossible objects. Frame will toss riffs up into the air as if they were so many balls, or clubs, or knives, stoves, and bicycles. Riffs on the properties of triangles, “The Lake Isle of Innisfree,” a death mask of Shakespeare, Kant’s “manifold” of perception. Few novels are so crammed with invention.

Yet the interlocking richness of her ideas does not derail your reading. The novel has a story to tell. You will become absorbed. You want to know what happens. Then, approaching the end, you will go, oh my God! It turns out the book you were reading wasn’t the book you thought you were reading—not at all.

And so you flip back to the beginning. You see once again the table of contents with its curious section titles—“Attending to” this, “Avoiding” that—and you notice that a long penultimate section, with its stories about hosts and guests and which you found so engrossing, is called “Avoiding, Bound by the Present Historic.” If you had paid attention to those words earlier, they would have seemed vaguely off-putting, but they now seem full of meaning. An epigraph refers to a “void dance”—hinting that the book is structured around voids. Or I could say the novel is like one of those mentalist shows where, because your attention was so transfixed on what was in the envelope, you simply did not see the guy in the chicken suit sashay across the back of the stage. The reveal at the end overturns everything. And subsequent readings will bring to light further clues inexplicably missed, enlarging the sense of wonder.

In her autobiography, An Angel at My Table, Janet Frame explains how, as a shy teenager given to poetic daydreams, she entered a mental hospital, was misdiagnosed as having schizophrenia, and over a period of years endured repeated bouts of electric shock therapy. Only the publication of a prize-winning book of stories saved her from a scheduled prefrontal lobotomy. Mavis Barwell has also spent time in such an institution. As her name suggests, the stories she tells involve avoidance. I don’t simply mean that she overlooks what she would prefer not to know, but that the very world she accepts as real, and the memories she feels to be hers, may contain voids patched over with nothing more than the fragile threads of language. Frame once told an interviewer: “For me, one of the fascinations of writing a book is in the coding of what is written to describe what is not written. I like to think of the contents of a book as a signpost to a world not even mentioned.”1 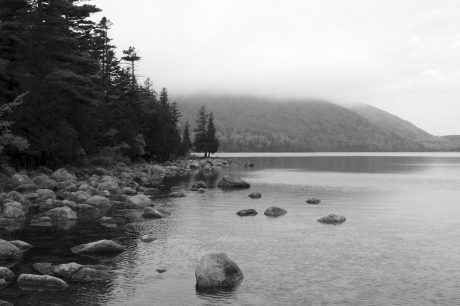 A first-time reader may be puzzled why the novel is called Living in the Maniototo (that’s “bloody plain” in Māori). The novel is not set in the bare hills and remote upland plain of that name in Central Otago, where hawks play in the up-currents and hardly anyone lives. The action mostly takes place in a new suburb on Auckland’s North Shore, then on Monument Street in beleaguered downtown Baltimore, and finally at a writers’ retreat in a modernist house on Grizzly Peak Road in Berkeley. Many of the characters in this novel are Kiwis who have traveled “all the way” to the United States. Judging by their small talk, they are obsessed by the differences between “here” and “there” and the distinctive roles of guest and host. You don’t need to be a New Zealander to take pleasure in Frame’s observation of minor ethnographic details: our radically different expectations of central heating, or the way a character with a New Zealand accent, approaching a tidy American bathroom, might wonder which of two identical towels is the “guess towel.”

I have said that the Maniototo does not feature in this novel, but if you know the contours of those eroded hills, the rabbit-pocked tussock lands, the circling hawks, you will feel its presence. Odd things can happen in the gap between the “here” of this book and a “there” beyond language. One character disappears when a household cleanser sweeps in like a white tornado, leaving only two faded footprints and “a neutral nothing-smell.” Roger, one of the guests in the Berkeley section, yearning to be in touch with something real, plans one day to traverse a major desert. By way of practice, he drives out past shops and motels until the road ends and he comes across a billboard announcing “Desert.” That’s an oxymoron worthy of the always already despoiled America Vladimir Nabokov uncovers in Lolita. Roger finds temporary shelter in the billboard’s shade, but as the sun beats down, another character suffers a stroke: he is left with nothing but scorch marks where his words used to be.

The novel has a story to tell. You will become absorbed. You want to know what happens.

The narrator speaks of “journeys toward that are believed to be journeys away from, and journeys away that are really journeys within.” That is true psychologically of her New Zealand guests, but an “elsewhere” novel can also use misdirection to bring settler colonial history into view. In Māori rituals of welcome and in current understandings of our Treaty, it matters a great deal whether you are a guest or host, manuhiri or tangata whenua. Yet Living in the Maniototo reveals how fine the line truly is between guests who simply make themselves at home and those who swell so as to displace the host.

On my most recent rereading, I became intrigued by Frame’s interest in what her characters “pay” when they pay attention, and in the debts incurred by avoidance. I see a parallel with what anthropologists, drawing on Māori sources, call the hau of the gift. Instances can be simple. Theo is a rescuer: he has saved the lives of several people and has a pronounced interest in their future. How much do the rescued owe him? Or less obvious: Lance gives up his job as a high school teacher of French to become a debt collector. What does the fact that he has never set foot in France have to do with his mounting anxiety over the size of the national debt, and his urgent need to track down Auckland’s most notorious confidence trickster?

Writing in the late 1970s, amid concerns over “globalization,” Frame had also become interested in the way boundaries between “here” and “there” were collapsing all over the world, and in our inability to tell which is the original place or thing, and which is a copy. The house in Berkeley, where the narrator travels to make progress on her novel, is “full of likenesses, of replicas, prints of paintings, prints of prints, genuine originals and genuine imitation originals.” Frame may seem “postmodern” in this, but I suspect she is engaging a question haunting every settler colonial nation: What is it that springs from the difference between new worlds and old worlds? Do settlers start afresh or build replicas? Can they belong as the Indigenous belong? Is theirs a “genuine imitation original” sense of place? 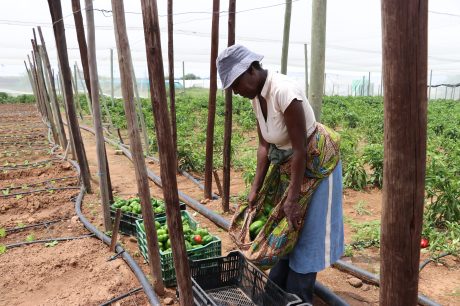 By Isabel Hofmeyr
Matters of likeness and imitation are fundamental concerns of any novel. So perhaps Living in the Maniototo is preeminently a theory of fiction and its manifestation. Frame has her narrator put it this way: “I feel that language in its widest sense is the hawk suspended above eternity, feeding from it but not of its substance … and thus never able to be translated into it; only able by a wing movement, so to speak, a cry, a shadow, to hint at what lies beneath it on the untouched, undescribed almost unknown plain.” We access the world of a book as we access the world itself, through the mediation of language—imagined here as the hawk ranging above a mist-clouded plain. The reader of Frame’s novel notices wing movements made in flight: they are a response to air currents, to the topography of what we cannot see. 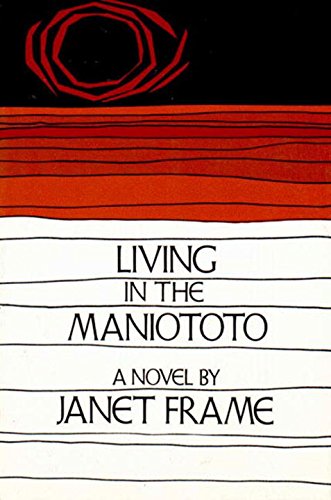 Living in the Maniototo