B-Sides: John Galt’s “Annals of the Parish”
For 30 or 40 years a book has been lurking on my shelves, a beautiful little Everyman’s Library edition published by Dent and Dutton, undated, with red fake leather binding … 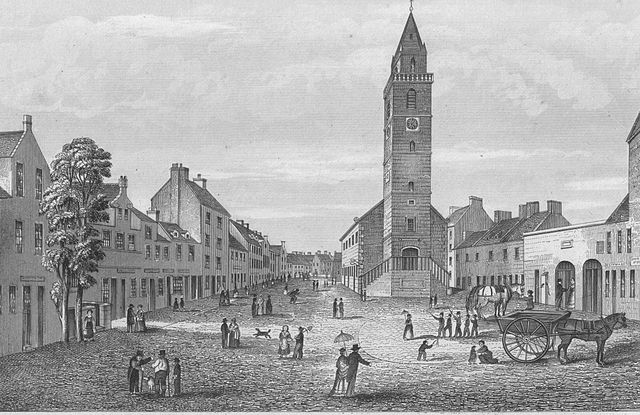 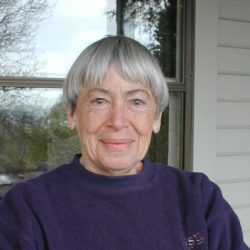 For 30 or 40 years a book has been lurking on my shelves, a beautiful little Everyman’s Library edition published by Dent and Dutton, undated, with red fake leather binding and real gold leaf lettering and ornamentation on the spine and front cover: Annals of the Parish. Last spring, looking for a novel to read, any novel so long as it wasn’t a dystopia, I saw it and remembered I’d bought it ages ago in England, and never yet had read it. A truly, undeservedly forgotten book, if perhaps not exactly a great one.

The author, John Galt, born in Ayrshire in Scotland in 1779, was an ambitious entrepreneur who founded the city of Guelph in Canada; an honest, generous, partly successful businessman; and a prolific, uneven writer. A friend and biographer of Byron, he was a contemporary of both Walter Scott and Jane Austen. And I started Annals of the Parish expecting something like Scott, but very soon I was thinking, “This is like Jane Austen!”

Now that’s very rare. Nobody, really, is like Jane Austen. Her style and sensibility were thoroughly of her time and age and class, but her voice and her art are singularly incomparable. And Galt certainly has none of Austen’s brilliance, her reach of mind, her diamond flash of wit. But his humor, though softer, is like hers—dry, subtle, morally loaded, and really funny. It may be characteristically Scottish, but it reminds me of the Western American humor that’s so understated, so quiet and peaceful-seeming that you can go on for quite a ways before you realize that you just got shot dead.

And then Galt began to remind me of another writer, Elizabeth Gaskell, particularly her Cranford, which like Annals is the portrait of a town. From Hardy’s Casterbridge to Thomson’s Lark Rise, from Jewett’s Dunnet Landing to Lewis’s Gopher Prairie and Haruf’s Holt, small-town novels are intensely grounded; rich in satire, humor, and character, human affectations and affections. Intimate knowledge of one small community may yield psychological and anthropological insights of universal value.

Many small-town novels began as short stories and remain loose in structure, episodic—Cranford, though a miraculous work of art, is only halfway to being a novel by the end. As for Annals of the Parish, it’s exactly what it says it is: the annual records of Mr. Balwhidder, minister of the parish of Dalmailing in Ayrshire, kept and dated year by year for 50 years, from 1760 to 1810.

Mr. Balwhidder is a very old-fashioned narrator, and therefore reliable. He will not, he cannot, mislead you. He is transparent. He is as honest as the day is long and as naive as a man can be. I can best describe him as an innocent heart.

In pure, ignorant defiance of the decree of the Iowa Writing School that controls almost all modern fiction, Galt tells without showing.

Whatever his annals tell of greed, cruelty, or hate is perceived in a way now very rare in literature, if it exists at all. Violence is witnessed without participation. The first event in the first year of the Annals is a violent one—an attack on Mr. Balwhidder by parishioners opposed to his installation as their minister. As he goes to his first service in his church, an angry crowd closes round him yelling and throwing clods at him. He finds the door of the kirk nailed shut and has to clamber in at the window. The mob follows him in with “grievous yellyhooing.” Riot continues inside the kirk. His induction as minister is an insulting travesty. All he says about it is, “I thought I would have a hard and sore time of it with such an outstrapolous people.” And: “After the ceremony, we then got out at the window, and it was a heavy day to me; but we went to the manse, and there we had an excellent dinner …”

Having read that sentence, I was in love with the book. In pure, ignorant defiance of the decree of the Iowa Writing School that controls almost all modern fiction, Galt tells without showing. No blow-by-blow, in-your-face, gut-wrenching description of the young minister forced to climb out the window of his new church amid the jeers and threats of a hateful crowd, the fear, the humiliation. We are not forced to participate in the violence. It’s left up to us to hear what’s being told, to imagine it, to feel it. And all the material we need in order to hear, imagine, feel the scene is in those few words, in their choice and in their cadence. Galt’s prose works like poetry: every word tells. “We then got out at the window, and it was a heavy day to me.”

And immediately, without even a period, only a semicolon, “we went to the manse, and there we had an excellent dinner …” This is a man to whom violence and hatred is so foreign it doesn’t really touch him. He’s had a fearful, shameful beginning to his ministry, it was a heavy day to him, but must a bad day ruin a good dinner? Mr. Balwhidder, for all his innocence, is a strong man, whose soul is in good balance. We can laugh at him without the least disrespect.

Slow-paced, very quiet in tone, and hardly more than a novella in length, this little novel recounts a man’s long lifetime, portrays a whole community, and lets us see the American Revolution, the French Revolution, and the Napoleonic Wars through the eyes of ordinary people—from the mothers of boys who enlist as soldiers, to Mr. Cayenne, a rich American plantation owner whose fierce allegiance to his king, George III, has driven him into self-exile in Scotland.

None of the characters, indeed, can be dismissed as ordinary. Most of them (including Mr. Balwhidder, and the two Mrs. Balwhidders) are occasionally admirable, occasionally ridiculous. Some of them do a good deal of harm, yet not one is merely evil—nor, however benevolent, purely good. This world is a complicated place, nothing is simple, nothing can be taken for granted.

Yet for all that, the air is very clear in this corner of Scotland, just rounding the corner of the century toward the stormy extremes of Romanticism. A good place to spend a few quiet hours, these days, and have an excellent dinner. 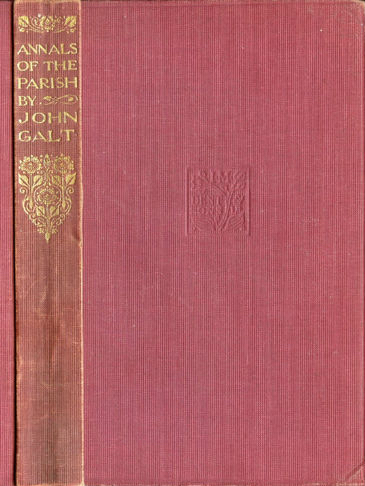 Annals of the Parish