B-Sides: John Gay’s “The Beggar’s Opera”
In an age of seamless, brazen, total corruption, how should art be? Should it be savage, grim, driven by white-hot rage? Or should it be smiling, gracious ... 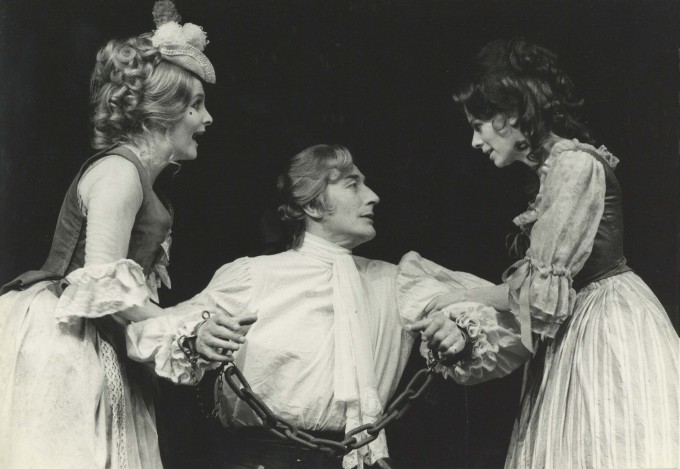 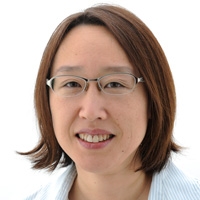 In an age of seamless, brazen, total corruption, how should art be? Should it be savage, grim, driven by white-hot rage? Or should it be smiling, gracious, and indulgent? If your answer is “all of the above,” The Beggar’s Opera is for you.

Performed more often than any other play in the 18th century, John Gay’s 1728 work was a game changer. By penning fresh lyrics to 69 wonderful songs—well-known ballads, folk songs, arias, and dance tunes—Gay invented (or at the very least popularized and canonized) the ballad opera. On the surface, characters’ actions and language satirize contemporary social and political corruption. But woven throughout is music that uncovers tenderness, humor, and melancholy as well as rage; these songs both enhance and transcend the play’s essential bitterness.

The curtain rises on a respectable businessman reviewing his “large book of accounts.” Peachum is a thief-taker (an actual 18th-century institution) who employs criminals, profits from their thefts, and turns his employees in for a reward to be hanged when their productivity declines. The thief-taker is virtually indistinguishable from his best friend, Lockit the jailkeeper. Both were understood by contemporary audiences as allusions to the Prime Minister, Robert Walpole, the master and font of all corruption. Like a lawyer—Peachum compares himself to one in his opening song—each of these figures “acts in a double capacity, both against rogues and for’em,” invoking the law when it suits him, ignoring it when convenient, and raking in fees and bribes either way.

This is a world in which money does anything and goes anywhere, and the law is merely an instrument for those with capital and without scruples. It serves the powerful and harasses the poor. Everything is subordinate to the form of the business model, including marriage, love, family, and friendship. As he betrays his own son-in-law, Peachum cheerfully points the moral: “Every man in his business. So that there is no malice in the case.”

“The Beggar’s Opera” vividly illuminates the corrupt world, while celebrating the capacity of music to find sweetness beyond it.

Against such figures of the law, the opera sets the highwayman Macheath: handsome, irresistible, an instant cultural icon (“Oh the shark has pretty teeth, dear …”). Onstage and off, all the women are in love with him; all his fellow thieves admire him. He is the most universally valued, the most valuable, and thus the most vulnerable in terms of the plot. He can be turned in by anyone who’s been his lover, rival, or accomplice—that is to say, the entire world. So of course it happens. Sitting in the condemned cell in the final act, Macheath sings broken snatches of folk songs and ballads in a parody of Italian opera’s recitatives: “O cruel, cruel, cruel case! Must I suffer this disgrace?”

The scene suddenly veers away from pathos, though, when Macheath breaks into Gay’s most memorable, magnificently angry song, set to the tune of the beloved ballad Greensleeves:

Since laws were made for every degree

To curb vice in others as well as me,

I wonder we han’t better company,

But gold from law can take out the sting,

And if rich men like us were to swing,

’Twould thin the land, such numbers to string

Gay brilliantly turns a ballad about unrequited love into a lyrical howl of rage at the systemic inequality of justice’s application. Lady Greensleeves becomes Tyburn Tree, the gallows imagined as the object of an elusive fantasy in which not poor but rich criminals hang—every last one of them.

In the end, though, Macheath gets his reprieve. The opera’s author, the beggar of the title, himself wanders onto the stage to concede that “an opera must end happily.” “In this kind of drama, ’tis no matter how absurdly things are brought about,” he notes. So it ends with mirth, joy, and a dance for everyone, including the “rabble.”

Gay’s opera offered its audiences the pleasure of recognizing afresh what they already knew: not only the tunes, but the “moral” that the beggar says he had hoped to convey through Macheath’s execution: “that the lower sort of people have their vices … as well as the rich: and that they are punished for them.” The arbitrary happy ending doesn’t uphold that last bitter punchline, but the world outside the theater did and still does. Money alone deserves love because it equals—and equalizes, and absolves—everything. In this inescapably “rational” world, there are only the brute contradictions of society: the rich who get richer and the poor who get poorer. 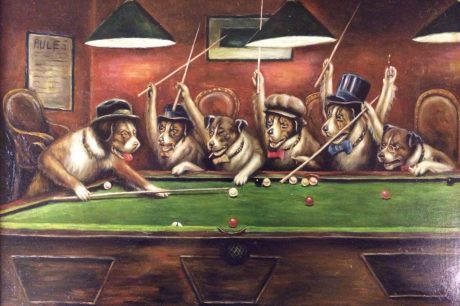 That mixture of sardonic surface and lyrical undertow makes The Beggar’s Opera a gift that keeps giving through the centuries. Exactly two hundred years after The Beggar’s Opera premiered, Bertolt Brecht and Kurt Weill spun it into The Threepenny Opera, using the same characters, names, and relationships. The world of the original Beggar’s Opera was already ruled by the calculation of profit and loss, and the exchange of money: “Money well timed, and properly applied, will do any thing,” as one character cheerfully remarks. The plot only needed a little updating to suit a more advanced stage of capitalism, in Weimar Germany, with references to banks, boards, and military imperial ventures.

It will be intriguing to see what the 2028 reinvention will look like—and inconceivable to imagine one not taking place. As long as capitalism endures, the social, political, and economic conditions for a new Beggar’s Opera are always with us. Its lasting accomplishment is to operate on two levels at once: to illuminate vividly the corrupt world, while celebrating the capacity of music to find sweetness beyond it. “Through the reconciliation that its formal law brings to contradictions, [it emphasizes] the real lack of reconciliation all the more … As something that has escaped from reality and is nevertheless permeated with it, art vibrates between this seriousness and lightheartedness.”1 Theodor Adorno’s words describe the achievement of John Gay’s clear-eyed, disenchanted, cruel, and merry opera. 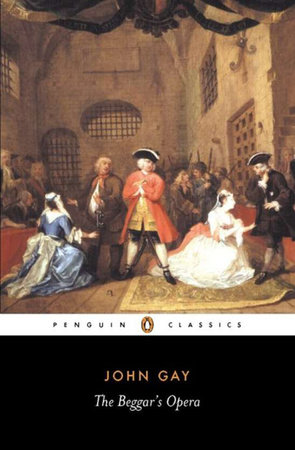