B-Sides: Latife Tekin’s “Berji Kristin”
As in mythology, the characters in a 1984 Turkish novel are acted upon by forces distant and uncaring. 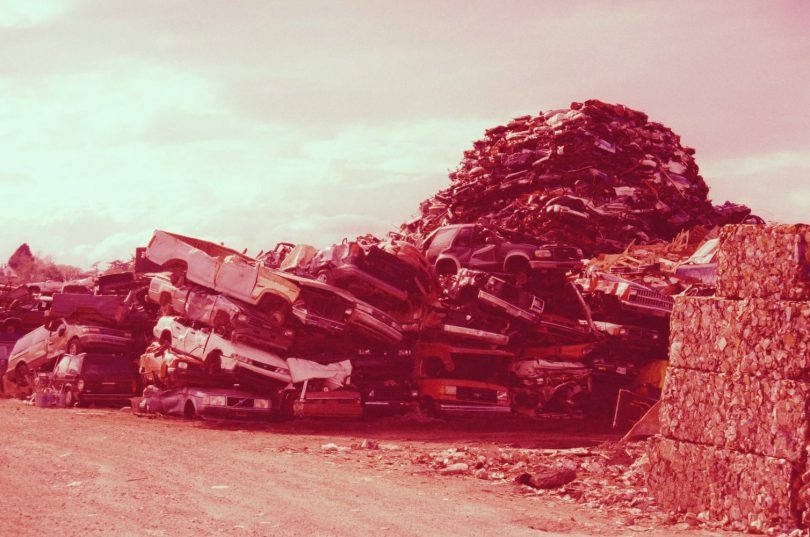 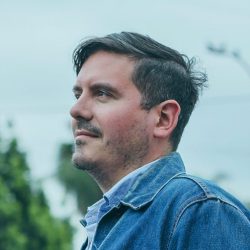 Kurt Vonnegut told his Iowa writing students that no one who could afford to buy a novel wanted to read about people who couldn’t. While this isn’t strictly true, it is not hard to see Vonnegut’s point. From Daniel Defoe onward, realist novelists have found characters with cash easier to represent. Money makes a character’s strongest desires and deepest thoughts easier to reveal: buying and selling are the low-hanging fruits of autonomy.

But what about the tenth of all human beings who live on less than $2 a day, like those slum dwellers who populate Latife Tekin’s 1984 novel Berji Kristin: Tales from the Garbage Hills (translated into English in 1992)? Is their lack of choice their defining characteristic?

In myths, human outcomes are ruled by gods, fates, and nature, rather than by individual agency. David Simon saw these forces mirrored in his corrupt, no-way-out Baltimore. By his account, his TV show The Wire turned to myth to depict economic and political forces acting on those who didn’t have the economic power to act themselves. As Simon saw it, the poor had no agency in the situation: Simon himself played mythmaker.

There is, however, a locus of agency in mythology: language. As Toni Morrison put it in her Nobel Lecture: “We die. That may be the meaning of life. But we do language. That may be the measure of our lives.” Arachne could not help but be transformed into a spider, but naming and storytelling are powers that belong to acted-upon mortals as well as to the seemingly omnipotent gods.

In that spirit Tekin turns to mythology to depict slum life as anything but poverty porn. Berji Kristin has no protagonist. It is the story of a gecekondu, an unzoned slum that the Turkish government allowed to spring up on the hillsides of Istanbul in the 1960s. The country’s economy had been liberalized, turning Istanbul into an industrial hub to supply the European market. The growth in textiles, chemicals, and construction materials drew workers from the Anatolian interior, but the city had nowhere to house them. Gecekondu translates to “built overnight”—referring to a legal loophole that made it more difficult to evict people from a completed dwelling, even a shack, than from one under construction.

This situation is made into a protean creation story at the novel’s outset. For 37 seemingly endless days, the huts of the “janitors, pedlars and simit-sellers” are bulldozed and rebuilt on the hill of garbage, so remote from the city it has no name. Finally the Garbage Owner relents, hanging a metal sign rechristening the place Flower Hill. The residents respond (or would it be fairer to say retaliate?) by dubbing their three communities Factory Foot, Garbage Pit, and Rivermouth.

The fates of the squatters in “Berji Kristin” mirror those of mythological mortals, whose lives are sport for the gods.

The recurring characters seem sprung from myth as well. There is Gullu Baba, the blind sage who leads the act of naming. When the Garbage Owner puts up a sign for Nato Avenue, the squatters ask Gullu Baba what the word Nato means. Gullu Baba divines that it has something to do with deformity and the big institutions of the state. So the squatters throw the sign off the side of the hill and restore the street’s proper name: Rubbish Road.

Then there is Fidan, who restores water deliveries to Flower Hill by sacrificing her panties to the workers at the brick factory. The site of the sacrifice is consecrated Panty Way. The Garbage Grocer beats out both Kurd Cemal and Nylon Mustafa for the role of village headman. And Lado the hero: “Lado’s adventures remained as the finest examples of the squatters’ oral tradition. All his life Lado had sought an answer to the question, ‘Who was greater, God or the man who invented gambling?’” Like Prometheus, he teaches the men of the Garbage Hill all varieties of games of chance, which ruin their lives.

As in mythology, these characters are acted upon by forces distant and uncaring. After they are mysteriously spared the Garbage Owner’s bulldozers, they are blanketed by “snow” from the chemical factory, which turns the children purple and puts them into a narcotic sleep. Some never awake. A different factory spews cyan-tinted water that the squatters use to wash up. It turns their clothes “Squatter’s Blue,” their huts blue, and their hair white. The wind constantly rips the flimsy roofs off their huts and, combined with the snow, permanently crooks the necks of the workingmen. Bad water covers the women’s faces with beak-like red sores.

The last judgment, in true neoliberal fashion, comes when the government declares Flower Hill a “proper” district and demands the squatters pay the impossible sum of 70,000 lira each to own the land on which they had previously lived for free. The fates of the squatters mirror those of mythological mortals, whose lives are sport for the gods. But here the characters’ fates are the forces unleashed by liberalization and urbanization, which are just as violent and unknowable and indifferent to the squatters as deities. That these plagues and wars are rendered in lyrical prose does nothing to lessen the impact of these hardships, the likes of which are experienced by hundreds of millions, in our world, daily. 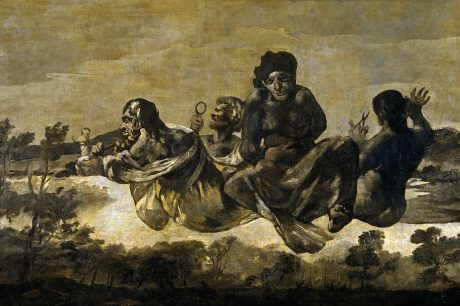 What remains, as in mythology, is something that seems little but may be much: people’s power to name and to tell their own stories. Whether it is Squatter’s Blue, or Panty Way, or the rejection of Nato Avenue, this is the same primal human action that marked the Bosporus as Zeus’s cow path. The pawns of fate at least can characterize the world they inhabit—that way they can, to some degree, find humor and beauty in the terror.

John Berger got it right in his introduction to Berji Kristin: “Within an original work you lose your way. If you stay with it, you are captured, you are forced to reside there, and the experience becomes unforgettable. If you don’t like losing your way, you shut the book, you mutter Nonsense! And it remains closed to you, probably forever.” Reading Tekin, you must be looking to lose your way.

Featured image: A view of metal in the process of being recycled in Victoria, Canada. Photograph by Randy Laybourne / Unsplash 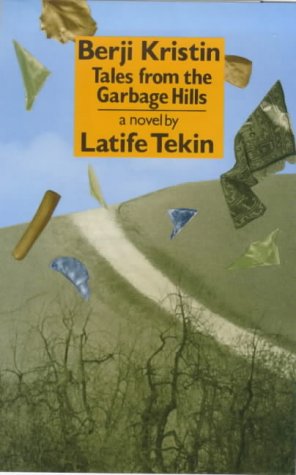