B-Sides: Mary Butts’s “Armed with Madness”
The author’s pagan obsessions, like her chatty metacritiques of other modernist writers, set her apart from her contemporaries. 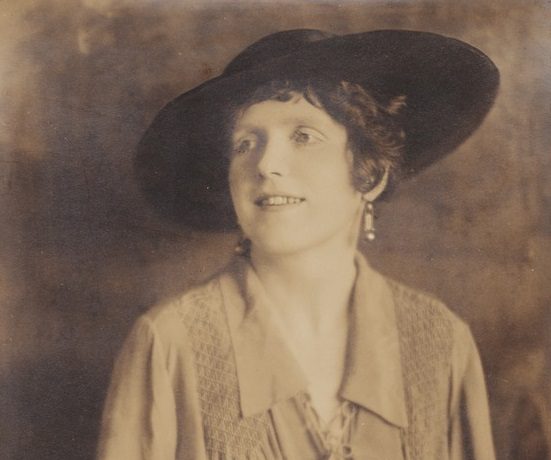 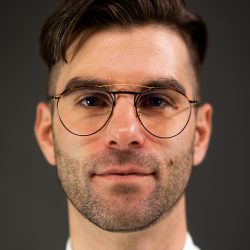 Have you ever been bewitched by the sort of beautiful, terrible youth who delights in bringing out the worst in others? Or watched with dread as an exclusive clique transforms its glamour into a weapon held over any aspiring member willing to alter himself as the price of admission? Well, then Mary Butts has a novel for you.

Armed with Madness (1928) casts its cold eye on Dudley Carston, a guileless American who has engineered an invitation to the ancestral Dorset estate of Felix Taverner and his sister Scylla. Three more friends join them at the brooding Taverner house, situated on a peninsula jutting into the “diamond blue” sea. They make an uneasy sextet. Felix admires and fears Scylla, who “wants everything to happen to its last possibility. That’s how she gets kick out of life.” Clarence shoots rabbits to dull the pain of heartache; Picus Tracy, his war buddy turned live-in lover, has shifted his interest to Scylla. Alone in his room, Picus sculpts her body in wax, only to destroy his work, and start over. Moody Ross looks on, and paints the changing weather.

Butts died at 46, following years of hard living in London and Paris; she was hounded by an unremitting addiction to opium—a drug (along with hashish and heroin) introduced to the author by her lover Cecil Maitland during a phase of deep occult studies that included a 12-week residence at Aleister Crowley’s Abbey of Thelema, in Cefalù. Armed with Madness, a novel shaped by this period of intellectual promiscuity and continental profligacy, is a masterpiece of modernist prose, yet it remains excluded from the canon and is usually out of print.

Like the preening sophisticates in Donna Tartt’s The Secret History (1992)—in some ways the postmodernist Armed with Madness—the Taverners and their friends are learned in the arcana of pagan antiquity. Their obscure allusions become a means of signaling their disdain for the modern world—and their superiority over Carston, the earnest American. But it’s Picus who maddens them all with his petulant need to be loved and feared. He arrives with a jade cup and lies about having pulled it from a well, playing on his friends’ affectations by suggesting that it’s an ancient artifact—perhaps the Holy Grail itself.

Even after the falsehood is revealed, Picus maintains a peculiar sway over the group. Privately, they each mull over the deceit and their distrustful fascination with Picus. He remains aloof: “Upstairs, Picus had finished shaving, his body worked on as delicately and scrupulously as a cat. Whistling to himself while Felix was sobbing, whistling back his power as their idol, like a god summoning an element or in confidence like prayer.”

Butts wrote a poet’s prose that drives at something deep in language.

They all submit once more to his dark charm, a power Picus wields over his peers with cruel detachment. His body may resemble that of a powerful bird—hence his nickname, after the Latin term for woodpecker—but his calculating indifference as he toys with their emotions is feline, fierce, and self-amused.

Modernist writers frequently tried to capture the tumult of the age by crystallizing speed and motion in their texts (Stein, Joyce, and Lispector come to mind). Too often, this turned characters into props. The originality of Butts lay in how she kept her creations talking—theorizing, really—always a degree removed from their own situation. Carston excepted, Butts’s characters have imbibed Freud and Fraser’s Golden Bough along with their Homer and Ovid, allowing the author to play coyly against her readers’ knowledge of modern psychology and anthropology. Scanning Scylla on her way to the train station to fetch the American, for instance, the narrator reveals much she’d rather conceal:

What was she worried about? Money, of course, and love affairs; the important, unimportant things. … Discovery of a new value, a different way of apprehending everything. She wished the earth would not suddenly look fragile, as if it was going to start shifting about. Every single piece of appearance. She knew it was only the sun, polishing what it had dried. Including her face, her make-up had made pasty with sweat. There was something wrong with all of them, or with their world. A moment missed, a moment to come. Or not coming. Or either or both. Shove it off on the war; but that did not help.

Carston struggles to make sense of these privileged Brits and their rundown bloodline, their arch rejoinders draped in pretentious allusions, their studied poses, and the way they try to aestheticize their high breeding and newfound poverty into a stoicism suited to the age. “We know what despair is,” Scylla tells Carston. “As if she were saying that she knew how to take a temperature.” But the American isn’t convinced and “saw that there was something pathetic in the way they made a game of their poverty.”

Such circumstances were less than amusing to Butts in actuality. She was born and spent her childhood at Salterns, an estate her father inherited on the Dorset coast. Scylla and Felix stand in for the author and her brother Anthony. By the time she came of age, her widowed mother had squandered what remained of any inheritance, including the 34 watercolors, sketches, and engravings by William Blake that had adorned their so-called Blake Room.1 The author’s mother would later infuriate her daughter by parceling and parting with the lands surrounding the house, finally selling the home in 1923.2

Fictionally reincarnated as the Taverner estate, Salterns and the Dorset countryside brought Butts to the height of her descriptive powers:  “Picus was eating alone. Anything might happen, only it was time for sleep. Half an hour later they had packed into the car and shot away, up into the hills the night wind had now made exquisite, to a different wood from the one in whose red-glass darkness Picus had lost them, moist and shimmering, a repetition of the tremblings of the stars.”

Paul West praised Butts for a style “sliced” and “startling without being ostentatious,” and this passage captures the quality that led Ezra Pound and Ford Madox Ford to champion her work for its careful euphony. She wrote a poet’s prose that drives at something deep in language. 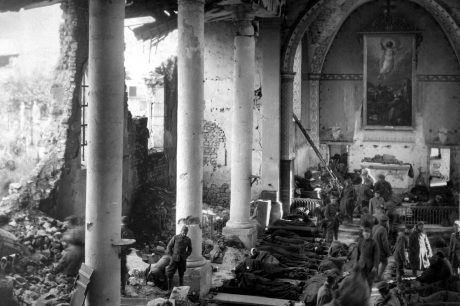 The author’s pagan obsessions, like her chatty metacritiques of other modernist writers, set her apart from her contemporaries: Butts may have shared her interest in the revisionist classicism of Jane Harrison with Virginia Woolf and E. M. Forster, but she carried her interests to much greater extremes, even after a reconversion to Christianity. She spent the final years of her life in seclusion on the Cornish coast, where she wrote Scenes from the Life of Cleopatra and The Macedonian. These “classical novels” favor a direct and reclusive engagement with the ancient world, but they eschew the fetishistic atavism that enlivens Armed with Madness and the social and intellectual critiques the author undertook in its sequel, Death of Felicity Taverner, and in such marvelously strange short stories as “With and Without Buttons” and “Brightness Falls.”

Armed with Madness is sultry, sordid, and sophisticated in equal measure. It brings about chaos slowly, a cauldron patiently approaching a boil. The tension finally breaks with the promised fit of madness that erupts near the novel’s end, when the Taverners’ pagan fantasies clash with fragile souls made impure by the violence of the war. But whether the novel satisfies its readers may depend on how they answer one of the many questions that Scylla puts to Carston: “Don’t you call it fun to watch how violently, strangely and in character people will behave?” 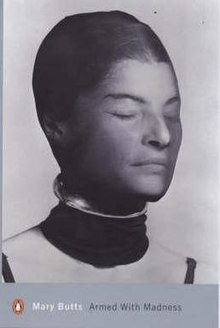