B-Sides: Natalia Ginzburg’s “The Dry Heart”
When should a woman kill her husband? I have turned this question over and over ... 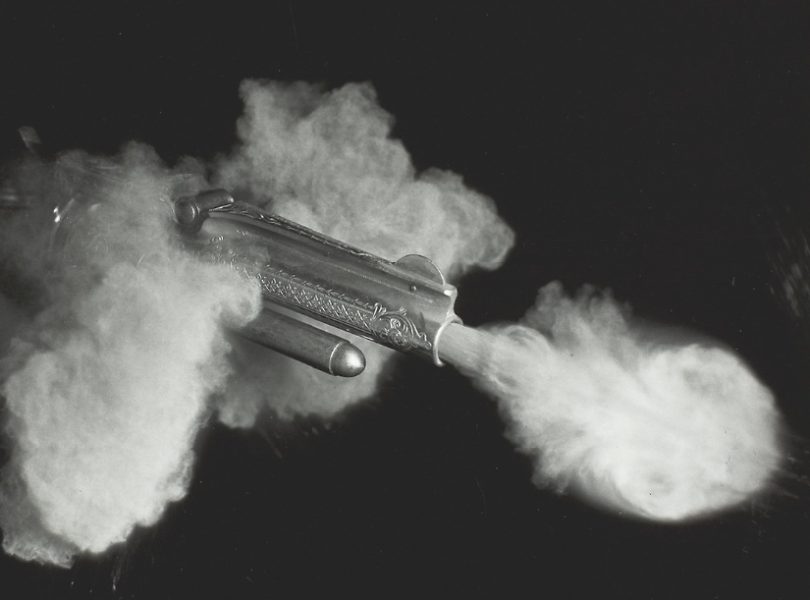 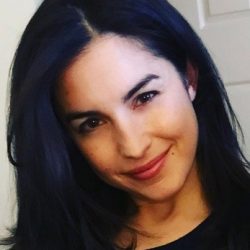 When should a woman kill her husband?

I have turned this question over and over in my mind since reading Natalia Ginzburg’s The Dry Heart, a grim, anti-Romantic novella about marriage and betrayal. It opens with a bang.

“What truth?” he echoed. He was making a rapid sketch in his notebook and now he showed me what it was: a long, long train with a big cloud of black smoke swirling over it and himself leaning out of a window to wave a handkerchief.

I shot him between the eyes.

Ginzburg’s narrator will return to the scene of her crime several times to fill in the details. She is the wife, unnamed. He is her husband, Alberto. Their marriage has been pocked by his infidelity and her unhappiness, by the death of their child and their inability to conceive another. Her suffering is laid out on the first page of the novella in a tone that is controlled, unsentimental, precise, and committed to the inevitability—the necessity—of shooting her husband. “But for a long time already I had known that sooner or later I should do something of the sort.” The only problem left to resolve is the time of death. Why kill him now? Why not sooner, or later?

I have a theory that the sudden onset of unusual events—affairs, murders, suicides, deliverances—receives its most intense treatment in the novella. It is a genre that compresses, with terrible and dazzling force, the violent human entanglements that the novel unravels over a longer span of time. In the German Romantic Novellen of Kleist and Novalis, which Ginzburg nods to throughout, the machinery for producing all manner of high-octane emotions is focused repetition. By narrating a single event over and over, each time disclosing a little more detail or dialogue, the author expands plot and characterization around a frozen center. That moment, stopped in time, begins to quiver with anticipation, with narrative possibility.

Reading The Dry Heart is like listening to a person confess in half-truths. The second time the narrator revisits killing Alberto, she describes how she prepared him a thermos of tea with milk and sugar before pulling his revolver out of his desk. The third time, she reveals that he was packing his bags for a trip; that she suspected he was not traveling alone; and that when she told him she would “rather know the truth, whatever it may be,” he replied by misquoting Dante’s Purgatorio: “She seeketh Truth, which is so dear / As knoweth he who life for her refuses.”1 The final time, he laughs at her before she pulls the trigger.

We learn that husband and wife have played out their good-bye many times before, never getting any closer to the truth, suspended in a purgatory of weakness, indecision, loneliness, and self-deception. Alberto often leaves on holidays with his lover, Giovanna, but always returns. Insisting that he respects his wife too much to lie to her, he complains about Giovanna’s deception and inconstancy, holding up his torment for the narrator’s inspection as if offering her some rare, precious stone. “We’ve said all sorts of cruel things to each other and given up the affair completely,” he confesses. “Then we’ve come together again, and every time, even after so many years, it’s like something brand new.” But what is “brand new” for Alberto cannot be made new for his wife. His repetition converts her agony into tedium, a diminishment that the novella, with its commitment to intense feelings, cannot sustain. The only way to honor the genre’s conventions is to stop Alberto from doing what he cannot stop himself from doing—boring us.

When should a woman kill her husband? One answer: when there’s nothing left to do with him, narratively speaking.

There’s nothing much to do with Alberto, who is not an unusual or especially interesting man. “He said that he was like a cork bobbing on the surface of the sea, pleasantly cradled by the waves but unable to know what there was at the bottom,” the narrator recalls of the only conversation during their courtship in which Alberto talks about himself. Though she feels unsatisfied—his words “amounted to very little,” she admits—his evocation of the waves and the sea, of the unknown and perhaps unknowable depths of being, spurs her lonely imagination to what she thinks is love. The sensitive quality of his speech animates her desire to know more about his inner life, to “get to the bottom of things and turn them over and over” in the belief that her excavation will be rewarded.

But rewarded with what? Not love, and not desire—not exactly. Before they get married, the thought of sleeping with Alberto fills her with “terror and disgust.” He is old, short, ratty, and, predictably, bad in bed. When they make love, she consoles herself with the “tender, feverish words” he whispers in the dark. But she soon discovers that Alberto’s repertoire is limited. Repeating the same words too many times drains them of their meaning, their capacity to delight and intrigue. The cork resurfaces twice, first when Alberto tells the narrator that he still loves Giovanna: “He said she was often unkind to him and his life was entirely without joy. He felt stupid and useless, like a cork bobbing on the water.” The second time, it is as a metaphor and accusation delivered by the narrator: “You’re a cork bobbing on the surface, that’s what you are.” The original simile suddenly, startlingly, loses its depth. Alberto is exposed as a hollow, passive, discardable thing.

The choice of the novella offers a cool, impatient response to novel-length performances of male indecision, self-absorption, and sentimentality.

Alberto’s hollowness and passivity emerge from his commitment to a specific form of unreality: literature. Few of the words he speaks belong to him. He echoes others, quotes books. His entire being is on loan from the Romantics: from the poems of Rilke, which he reads aloud to both his wife and Giovanna; from the writings of Goethe, which supply the emotional template for his tortured longing. When Alberto and his friend Augusto both fall in love with Giovanna, they buy matching revolvers and vow to commit suicide—a joint performance of the ending of The Sorrows of Young Werther. He spends evenings dictating to his wife the notes he has written in the margins of his books for a volume he calls, after a line in Faust, Variations on a Minor Scale. Lest we doubt Ginzburg’s anti-Romantic bent, The Dry Heart even takes its title from an overwrought speech in Goethe’s Elective Affinities. “Leave me alone—you who have a dry heart and dry eyes!” says a weeping man bewildered by his attraction to a young, beautiful woman who is not his wife. “I curse the happy for whom the unhappy is only a spectacle.” Nearly two hundred years after Romanticism flared out, Alberto’s performance of powerlessness is only that, a spectacle—anachronistic, self-aggrandizing, false.

When should a woman kill her husband? Another answer: when killing him is no more a violation than killing off a stock character, an assemblage of someone else’s words.

The Dry Heart ends with the narrator composing her confession in the notebook where she keeps track of the household expenses. As she transforms the notebook from a ledger of domestic unhappiness into something more, perhaps the very novella we are reading, she pauses: “All of a sudden I asked myself for whose benefit I was writing.” For most of her married life, the narrator has addressed only herself or Alberto with reproach and regret. Now she is free to address whomever she wants, and however she wants—to shape a collective consciousness. Yet the precise figuration of her audience eludes her. Is it Giovanna? Is it her mother? “It was too difficult to decide,” she concludes.

But the decision is so obvious it doesn’t need to be stated. The narrator writes for the benefit of any woman trapped in someone else’s story as an auxiliary character: the suffering wife or the strung-along lover. Turning the wife into both narrator and protagonist gives her control over the story’s events, pacing, tone, point of view, and genre. It lets her call the shots.

The choice of the novella, then, offers a cool, impatient response to novel-length performances of male indecision, self-absorption, and sentimentality. (If Alberto were the narrator, the book would be called Alberto’s Way, and you better believe there would be five more volumes to read.) Ginzburg, an antifascist, a feminist, and the first translator of Swann’s Way into Italian, writes for any woman eager to fit her bourgeois unhappiness to a form that can accommodate a quick and definitive ending.

When should a woman kill her husband? Final answer: when it’s the only way to free yourself. 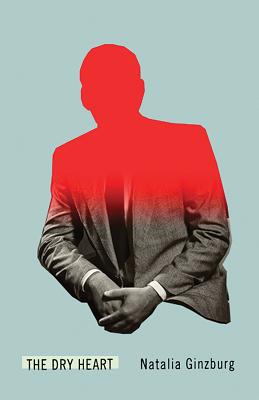